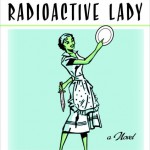 Darkly humorous: Stuckey-French says she thinks the way people rationalize things has a funny side, even if some critics don’t agree. 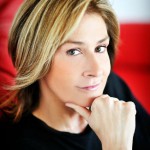 Ideas for novels come from unusual sources: "One thing that has interested me was, how do you forgive someone for doing something really awful," asks Elizabeth Stuckey-French. "Is it possible?" She started musing over such karmic implications after discovering the book The Plutonium Files: America's Secret Medical Experiments in the Cold War at the public library. The book recounts Cold War-era experiments with radiation on unsuspecting groups like orphans and low-income pregnant women.

"It's so well written and so horrifying. I'd never heard of these experiments," says Stuckey-French. One particular radiation subject — an expectant mother whose daughter later died of cancer — became the inspiration for Marylou Ahearn, the namesake of Stuckey-French's book The Revenge of the Radioactive Lady.

The name of the book (and its retro-art cover, and the accompanying '50s-flavored video trailer, and the dust jacket notes that explain how Marylou takes her alias and her revenge cues from Nance Archer of Attack of the 50 Foot Woman fame) suggest a campy foray into radiation-induced super powers and lycra cat suits. Not so much. Instead, it's about Marylou, who received a radioactive cocktail under the guise of prenatal vitamins during the 1950s. Her daughter (like the woman in Plutonium) died of cancer at age 8 and, 50 years later, Marylou is bent on revenge against Wilson Spriggs, the administering doctor. Actually, she is bent on murder. So Marylou changes her name to Nance and moves to Wilson's neighborhood in Florida — only to find that he's drifting into the clutches of Alzheimer's and surrounded by the troubled family of his adult daughter.

Two of Wilson's teenage grandchildren have Asperger's syndrome — in Ada, this manifests as narcissism and a fixation on Elvis; in Otis, it’s an obsession with building a model breeder reactor in the family's garden shed. The latter was inspired by a second book: The Radioactive Boy Scout, about a man who, as a teenager, tried to build a nuclear reactor in a shed.

Stuckey-French, whose daughter has Asperger's, says that when she found that book, "It really struck me that this radioactive Boy Scout must have had Asperger's syndrome because he didn't want to entertain the dangers of what he was doing. Anybody who gave him information that didn't fit into what he wanted to believe, he just ignored it." Similarly, Otis taps his grandfather's expertise for tips on gathering the necessary chemicals (from clocks, lanterns and gun sites) and constructs the device, convinced that it will make him famous (rather than dead).

"It seemed to me that the people doing those experiments had sort of the same mindset," Stuckey-French says of the 1950s tests. "They just didn't look at any evidence that was floating around, even back then, that it was horribly dangerous to mess about with these particular chemicals."

It's a kind of denial, she says — both on the part of the scientists and Wilson's family members. "I like the grand scale of the Cold War experiments and then juxtaposing that with the smaller ways in which people don't see what's right under their noses," says Stuckey-French. Otis and Ava aren't the only ones with issues. Their mother is depressed about the onset of middle age and has quit caring about anything except "saving" Ava from Asperger's. Their father is preoccupied by work and on the verge of an affair. Only youngest sister Suzi is free of problems — except that her pursuit of perfection is a desperate cry for attention.

The author drew on her own experience raising a child with Asperger's, saying she wondered what it would be like in a family where one child was diagnosed and fussed-over while another child was "just sort of let go."

"I'm dealing with my own fears about parenting," she says. "I think that's basically what fiction writers do — it's a weird way of working out your problems." In the book, when Marylou realizes she can't force Wilson to remember (and therefore repent) what he's done, she decides to hurt his family by taking advantage of their weaknesses.

But even though her characters are flawed, Stuckey-French says she loved writing them all. One favorite is Rusty, a goth girl who befriends Otis. "I thought she was funny and sort of cynical," she says — so much so that she can't let the reader wonder if it was Rusty who committed a particular terrible deed in the book. Stuckey-French doesn't want to ruin the surprise but she does say, "Rusty grew up to be a high-powered, successful attorney. She grew up to have a very successful life. I want to rescue her and see good things for her."

After three years and several versions, Stuckey-French’s Radioactive Lady is an engaging read filled with characters who do some terrible things but, ultimately, mean well. And that — the humanity — is probably better than any radiation-cocktail-induced super hero power. More than that, Radioactive Lady is funny, just the way Stuckey-French intended for it to be. “Some people thought it was off that the book was called ‘darkly humorous,’” she says. “But the way we rationalize things and try to deal with them has a funny side.”

who: Elizabeth Stuckey-French
what: Reading and book signing for The Revenge of the Radioactive Lady
where: Malaprop’s
when: Saturday, March 5 (7 p.m., free. malaprops.com)