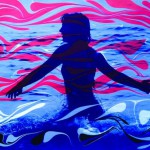 “She Moves Through,” Stephen Pittelkow and Alyssa C. Saloman, from After You, through April 26 at Asheville BookWorks, 428 1/2 Haywood Road. 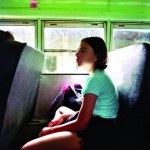 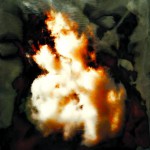 “Vapor Figure,” Robert Asman, from Flesh and Vapor, through May 12 at Artetude Gallery, 89 Patton Ave. 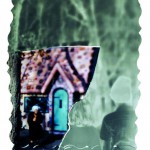 “Hansel and Gretel,” Gerald Slota, from Story, through the end of May at Castell Photography, 2 C Wilson Alley.

“Photographer” can be a identifier in Asheville, or at least an ambiguous one.

When someone says they’re a painter, we tend to know they mean artist, rather than house painter. But say you are a photographer, and the artistic part isn’t so quickly assumed. The practical applications of photography seem to dominate the questioning. “Is the fall a busy time for you with senior portraits? Do you have any prints of the Parkway? Do you do weddings?”

These are valid questions, and there are professionals who do strong, beautiful work in these realms. For those who are interested in photography as visual art, as a manner of expression, however, right now is a great time to visit the galleries. Shows range from documentary bodies of work to darkroom-based pieces emphasizing the physical object of the photograph as much as the imagery.

On view since March 1 and coming down soon, After You at BookWorks features pieces that combine the photographic imagery of Alyssa C. Salomon with paper-marbler Stephen Pittelkow. Salomon employs cyanotype — a 19th century photographic process which involves hand-coating paper with iron-based chemistry and exposing it in the sun, producing a blue (or cyan) image. Starting with an image (a simple paper stencil of a bird, a photographic print of a person and so on) Pittelkow then marbles the paper using acrylic ink, meshing color, line and repetition in harmony with the cyanotype image.

Photoshop could produce a digital photo turned blue with a swirling pattern layered over it. But what is the difference here? The physicality of the paper, the magic of the antique chemical photographic process, the uncertain exciting result of the acrylic marbling transfer. Using the hands to create art: to push, brush, dip and get wet, rather than to stare at a screen and click.

Asheville photographic artist Robert Asman, whose work is up at Artetude Gallery, is on board with such processes. Flesh and Vapor consists of 20-by-24-inch silver gelatin prints (darkrooms do still exist). It would be reductive to describe them as merging nudes and clouds. Asman describes the images as “photographic monoprints” — one-of-a-kind images created with the help of common household chemicals, sometimes paint, and by scratching and tearing paper negatives before printing the images. He creates an arresting, nearly 3-D effect through the application of chemicals that draw out the silver of the prints, adding a new swirling layer to the imagery. “For me the process is actually more important than the product,” Asman says. “It’s a ritual of trying to give substance to an image with the physicality and alchemy of the chemistry and a paper of currency such as silver in a cave or grotto.”

As with paintings whose canvases are exposed, Asman’s photographic images are not under glass. The viewer can experience the shifting image that depends on the physical perspective. Perhaps photographic reproductions could be made of these images, but it would be like trying to say that owning a sculpture is the same experience as owning a photograph of a sculpture. You just have to see the work in person to fully appreciate it.

Though much less complicated in the aspect of materiality, Asheville Citizen-Times photographer Erin Brethauer’s exhibit at The Artery celebrates the power of employing a body of work to convey a concept that one single photograph may not be able to do. Her images are digitally printed (albeit using a medium format camera and color film) and are more documentary in nature. Autism Camp Portraits, taken in Black Mountain, is the largest and most engaging body of work.

Originally a 2008 newspaper assignment, Brethauer continued to work with the children as a personal project. The series looks at the different ways people with autism communicate. The images focus on expressions, interactions and other moments of physical contact. Against a camp backdrop of nature and poolside scenes, some children seem to be tangled in moments of frustration; in others, Brethauer captures moments of joy and enlightenment. The images are well-composed and edited, interdependently developing the complexity of the subject matter.

The mid-career retrospective of Gerald Slota helps Castell Photography live up to its goal of putting Asheville on the map as a destination for contemporary fine art photography. Slota is an internationally exhibited and collected photographer who teaches at the School of Visual Arts in New York City. After making connections with the gallery through HATCH Asheville in 2011, Slota has returned to town with Story, a collection of mainly one-of-a-kind photographic images that loosely deal with memory, nostalgia, nightmare and mystery.

With both silver and digital prints that once again lean toward the physical processes of photography, Slota uses paper and film negatives, scratching into them to introduce drawing elements along with the photograph. The quaint, decorative quality of an image border cropped with pinking shears contrasts sharply with scratched faces or figures cut out of the print entirely, subtly hinting at sinister deeds but never completely spelling out definite facts.

These shows are a must-see for anyone interested in the artistic properties of the photographic medium. Asheville needs landscapes of our beautiful region, Asheville needs skillfully made portraits and Asheville also needs more art shows like these that expand the definition of a photograph.

Details:
Stephen Pittelkow and Alyssa C. Salomon, After You, through April 26 at Asheville BookWorks, 428 1/2 Haywood Road.
Erin Brethauer, through April 27 at the Artery, 346 Depot St.
Robert Asman, Flesh and Vapor, through May 12 at Artetude Gallery, 89 Patton Ave.
Gerald Slota, Story, through the end of May at Castell Photography, 2C Wilson Alley.

— Bridget Conn is an Asheville-based artist, designer and photographer who helps run the Asheville Darkroom.