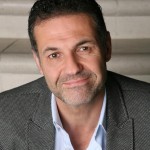 Character sketch: Of a young doctor in And the Mountains Echoed, the author says, “He feels both that he has kind of come home to the place where he was born, but at the same time, the place has moved on without him.” Photo by Elena Seibert 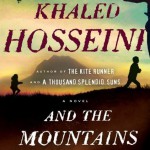 Author Khaled Hosseini says his just-released novel, And the Mountains Echoed, began with a perfectly clear and vivid picture in his head. “It was this man walking across the desert, and he’s pulling a wagon,” says Hosseini. “In it, there’s a little girl, and a few steps behind there’s a boy who’s shadowing them.”

That scenario plays out early in the book, introducing readers to brother and sister Abdullah and Pari, whose story is threaded throughout saga. Echoed takes place between 1949 and the present, between Afghanistan and the U.S. From that initial image, it branches into the stories of dozens of characters who are linked, if loosely, to each other. Of the book’s genesis, Hosseini says, “It was such an arresting picture and I became so intrigued by it that I felt compelled to sit down and figure out, Who are these people, and where are they going? What are their relationships, and what’s waiting for them?”

In a way, that’s the trajectory of Echoed: It’s about unraveling who people are, their connections and their journeys. But through his characters, Hosseini also explores the human history and evolution of war-torn Afghanistan and the lives of its residents, its refugees, its aid workers and those who have left it and yet still carry it with them. The author numbers among the latter group: He was born in Kabul and grew up in Tehran and Paris due to his father’s work as a diplomat. The Saur Revolution prevented the family from returning to Afghanistan, so they sought political asylum in the U.S.

Abdullah, who is separated from his young sister, Pari, early in the book, finds his way to California, as do cousins Idris and Timur. Idris, like Hosseini, trained as a physician and returns to Kabul with his cousin to reconnect with his roots. While the author says he’s never written himself into his novels (which include bestsellers The Kite Runner and A Thousand Splendid Suns, both set in Afghanistan), he has written about things he’s felt. “The closest this book ever comes to me is the experience this young doctor has,” says Hosseini. “He finds himself in an alien environment where he feels out of his element. He feels both that he has kind of come home to the place where he was born, but at the same time, the place has moved on without him.”

He continues, “I felt his discomfort at witnessing things he didn’t know how to interpret. The first couple of times I went to Afghanistan, that’s how I felt.”

But Hosseini has figured it out: He’s since become a goodwill envoy for the United Nations Refugee Agency and works to provide humanitarian assistance in Afghanistan (and people like those about whom he writes) through his own Khaled Hosseini Foundation.

In the novel, Idris meets a girl named Roshi in the hospital in Kabul who’s been horribly wounded. Her injury is the result of war, but indirectly. Hosseini calls the reveal of Roshi’s affliction “a real jolt.” It’s also the only time in the book that the violence surrounding the characters is directly addressed. The other 400 pages dance around hardship, longing, loss, illness, poverty and the abuse of power. Wounds are inflicted with weapons, but more often with words and actions, or lack of action. In Hosseini’s book, families can be as lethal as political coups.

Despite its thread of tragedy, however, Echoed is also buoyed by beauty and hope, by a strong connection to place and by an altruism at turns raw and graceful. Even as Hosseini carefully constructed back stories and crafted his interwoven narratives, he also bestowed his characters with the ability to forget. Memory and loss of memory play an important role in the novel, but in real life, as well: “Forgetting is as important as remembering,” says Hosseini. “Forgetting is part of growing up.” It’s also a clever tie-in between a long-separated sister and brother, and the fable with which the author opens his novel. Watch for it.

So, was it hard for him to deal certain characters harsh blows? Hosseini says that he grew to care about Abdullah and Pari and the many others: “A reader might spend a week with them, but I spent 2 1/2 years with these guys.” Even when he wasn’t working on Echoed, the characters would be on his mind when he was in line at the grocery store or picking up his kids, “occupying real spaces in my head.”

He adds, “I’m sad when terrible things happen to them, but the thing that supersedes all of that is the greater story they serve.”

who: Khaled Hosseini reading and booksigning
where: Diana Wortham Theatre
when: Friday, June 14 (7 p.m., tickets are $15 and can be purchased at http://malaprops.com)