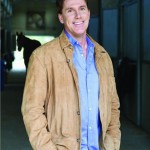 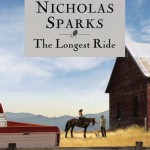 “When you finish a novel, your creative muscles are very much in shape, so I don’t like to waste that period and just do nothing,” says North Carolina-based romance author Nicholas Sparks. He tells Xpress that within two weeks of completing one project he begins looking for an idea for his next book. “I like to maintain that creative fitness, so to speak.”

If writing really equaled working out, Sparks would be an elite athlete: His just-released novel, The Longest Ride, is his 17th work of fiction. But even this far into a career that’s spawned multiple seven-figure publishing deals and eight (to date) movies made from his books (The Notebook, Dear John and, most recently, Safe Haven among them), he says that he’s still surprised by how tough the writing process is. “The challenge of doing it new and original and well remains as difficult as it was on the very first novel,” he says. (That first attempt, by the way, was never published.)

While Sparks didn’t break out of the romance mold for Ride, which follows two relationships — elderly spouses Ira and Ruth, and young new couple Sophia and Luke — he did make a new-to-him discovery: Black Mountain College. Early in his work on the novel, Sparks knew that Ira and Ruth would be interested in art. “I just started Googling ‘artists in North Carolina,’” he says. A couple of clicks later, he came across the erstwhile progressive liberal arts school, which taught the likes of Ray Johnson, Robert Rauschenberg and Pat Passlof between 1933 and 1957.

The author won’t hold a reading event in or around Black Mountain. He draws large crowds and while requests roll in for around 500 appearances, Sparks makes about 10 stops per tour. And, even though Black Mountain College appears on only a handful of pages, Ride book does introduce the influential institution and its important role in modern American art to a new audience. “The work … it was like nothing I had ever seen before. It was not like the surrealists. Or even Picasso,” Ruth recounts at one point. She describes the Black Mountain College atmosphere as “Revolutionary. A giant leap of imagination, of vision.”

Sparks also managed to juxtapose love of art with romantic love, though the author says, “I think it has more to do with individual passion.” The art collection represents Ruth’s interest and Ira’s desire to support her in that pursuit.

So, not exactly hot and heavy. Then again, Spark points out that his first published novel, The Notebook, was narrated by 80 year-old Noah. “But I wanted Ira to be his own character, not Noah part two,” he says. Ira is allotted a number of flashbacks to his virile youth, but the story’s Adonis role falls to bull rider / reluctant art lover Luke, a rancher of the pickup truck and faded jeans ilk. And yes, the book has been optioned for film: Craig Bolotin will write the screenplay and Marty Bowen and Wyck Godfrey are set to produce it, according to The Hollywood Reporter. But will Camp Rockmont star as its former iteration, Black Mountain College? Here’s hoping.