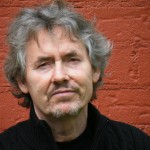 Parade of horribles: Although Danny Ellis’ discovery of music was a life saver, even musical talent did not keep him safe from the brutality of life at the Artane Industrial School. Still, his memoir, The Boy at the Gate, recalls friendships and moments of grace. 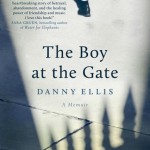 Growing up in Ireland, I was well aware of the Artane Boys Band. Famous throughout the country, the group was called upon to play at every important event: St. Patrick’s Day parades, football finals, state occasions. But the Artane Industrial School, the infamous orphanage that spawned the group, had been shut down in 1969, and its history was largely forgotten.

The band, however, endured. And in The Boy at the Gate, local author Danny Ellis calls it “a diamond forged in the fires of hardship and misfortune” that used music to help people through troubled times.

Ellis, who reads at Malaprop’s on Sunday, tells his own painful story with a light touch. The first pages convey the joy of an impudent young boy running free with the neighborhood kids: To a child with an active imagination, Dublin was a mysterious wonderland. And though the reader understands the family’s poverty, it’s viewed through the eyes of a child who’s secure within familiar surroundings. Young Danny delights in teasing his sisters and acting the fool to amuse his baby brothers, and he feels a sense of pride when his mother calls him the man of the house — even if she’s merely persuading him to steal food for the family.

They all inhabit the tiny one-bedroom apartment where Danny’s mother was born. And after she becomes pregnant with twin boys, things grow steadily worse, until she resorts to desperate measures. First, the twins disappear, and then Danny’s sisters. His mother refuses to tell him where they are till, one morning, she hands 8-year-old Danny over to the care of the state, and he’s taken to Artane.

The visceral terror he felt upon entering the playground that first day, with 800 boys thundering around him in frantic activity, is even more alive in The Boy at the Gate than when Ellis first described the scene in his song “800 Voices”: “800 Voices echoed ‘cross the grey playground / Shouts of fights and God knows what / I still can hear that sound / With their hobnailed boots and rough tweed / Angry seas of brown and green / The toughest godforsaken bunch that I had ever seen.”

The reign of terror that the Christian Brothers (a Catholic religious community) inflicted on the boys is no less vividly depicted in the remainder of the book. The children never knew where the next beating was coming from — only that it was just around the corner. And though Danny’s discovery of music proved a saving grace, his talent didn’t shield him from the brutality of life at Artane.

In 1999, the Irish government began an inquiry into abuse at the state’s network of industrial schools and orphanages. After 10 contentious years, they issued a damning report establishing that the abuse had been systematic and endemic. Religious orders, however, were able to block the naming of abusers, so few prosecutions resulted. Many of the survivors who’d given evidence and worked for years to bring the truth to light felt betrayed.

Nonetheless, throughout his memoir, Ellis displays an attitude of forgiveness, saying he didn’t want the book to be “a diatribe against the Christian Brothers.” From an 8-year-old’s point of view, he notes, “You can get abandoned by your mother at 11 o’clock in the morning and be having the time of your life at 3 o’clock in the afternoon. And then you’ll go to bed and you’ll be crying because all you can remember is being abandoned. … We’re programmed to only remember the bad stuff.”

There’s been no shortage of memoirs about miserable childhoods since Frank McCourt’s Angela’s Ashes set the bar. The Boy at the Gate is more nuanced: Despite all the hardships he suffered, Ellis also remembers the friendships and moments of grace. It’s a testament to the power of the human spirit to overcome — and the power of music to heal.