As the sun slipped behind the mountains, the Lake Lure Ski Club huddled around the dock. The women adjusted their shiny red leotards and the men snapped on life jackets while the boats circled around the lake. With a flash of red lamé the water-skiers were off, gliding behind the motor boat as if it was as easy as walking. “When my form is good my ski sings to me,” says Ina, “it actually has a ‘whooo’ sound.”

Ina is her full legal name and she has no fear. She has been water-skiing since 1948, braving injury and bad weather to get on the water. She once broke her fingers, taped them up in a plastic bag and climbed on top of a man’s shoulders as he skied across the lake. Next year, for her 70th birthday, Ina will once again attempt the feat. She credits the rigors of water-skiing for her good health. “It tightens your core and your back. I’m still beefy for an old lady,” Ina says with a laugh.

Harper Helms had her father snap on her hot pink life jacket. At 3 years old, she is the team’s youngest member. Her father says this is her fourth time on skis, but after one spin around the lake, it’s clear that she’s a natural. She even waves to the crowd as she putters around the lake. Her father Mark Helms knows that water-skiing isn’t as easy as it looks, especially the pyramids that he performs. “It’s intense. You’re kind of on the edge of falling the entire time,” says Helms.

The pyramid teams starts with all seven members skiing behind the boat. Then, one by one, they climb on each other’s backs and drop their skis. Then one member stands on top of them all, waving to the crowd. It looks like the laws of physics have been broken, but it’s possible with a lot of hard work. The pyramid team practices two or three times each week for the entire summer to get ready for just two shows. Staying upright isn’t easy. During Thursday’s practice session the pyramid fell two out of the three times. It’s quite an accomplishment that every member stayed on their skis during the performance.

Friday’s show, the Lake Lure Ski Club’s last of the summer, was part of the Hickory Nut Gorge Olympiad. This three-day sports festival features a triathlon, dragon boat races, a junior olympiad and more at Rumbling Bald Resort in Lake Lure through Sunday. 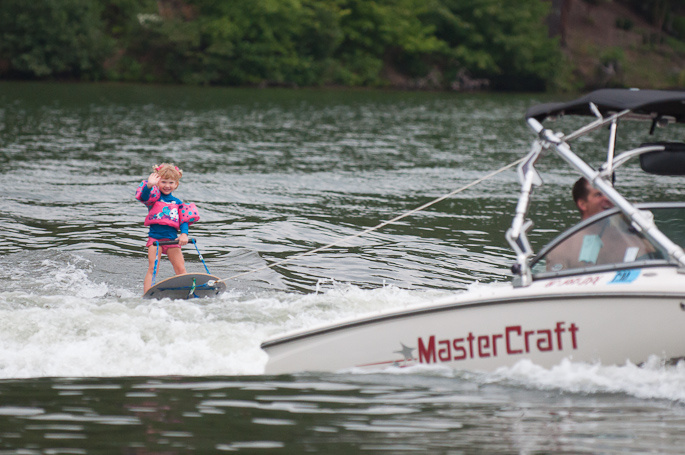 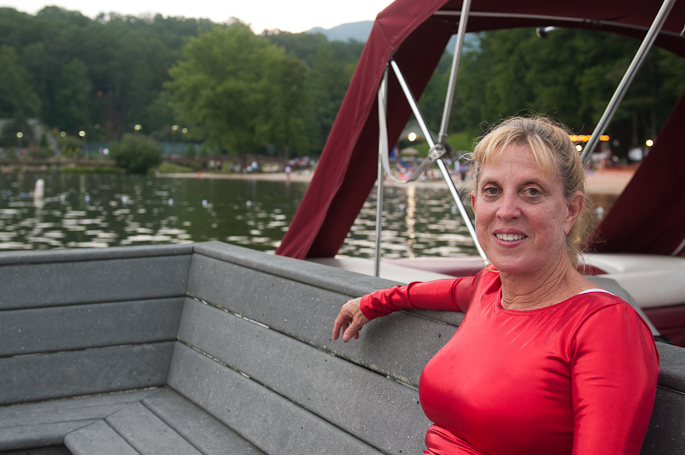 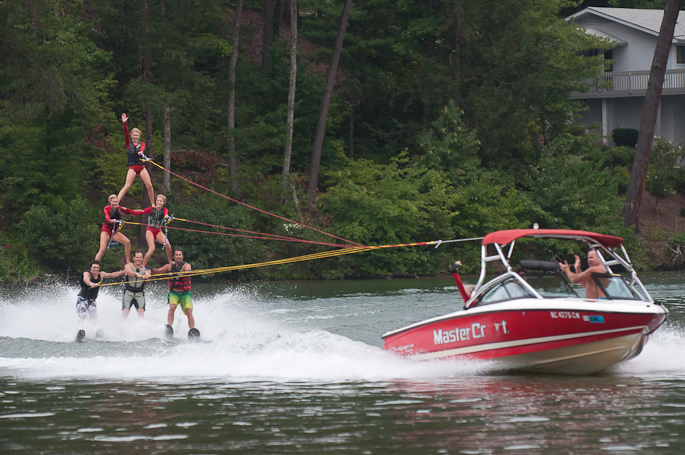 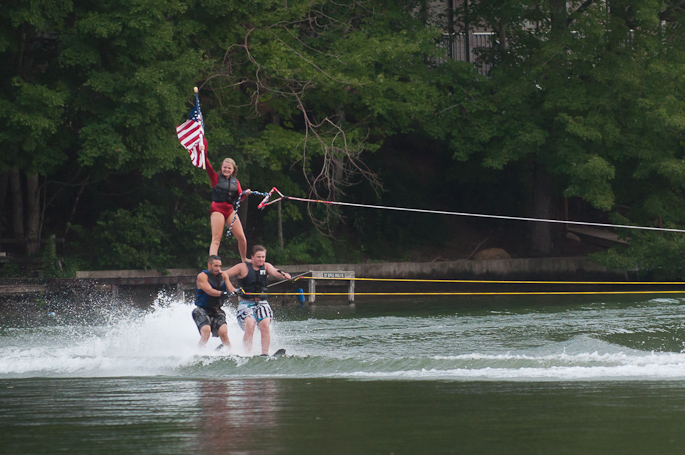 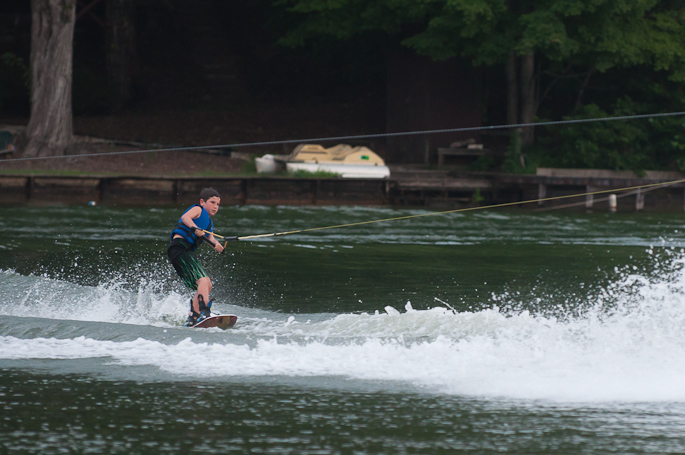 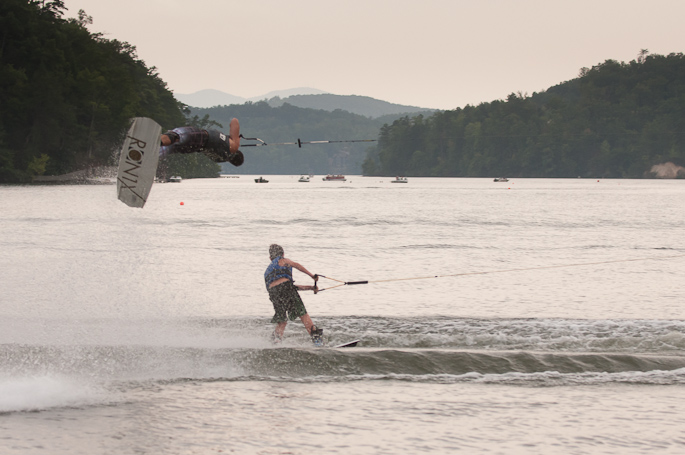 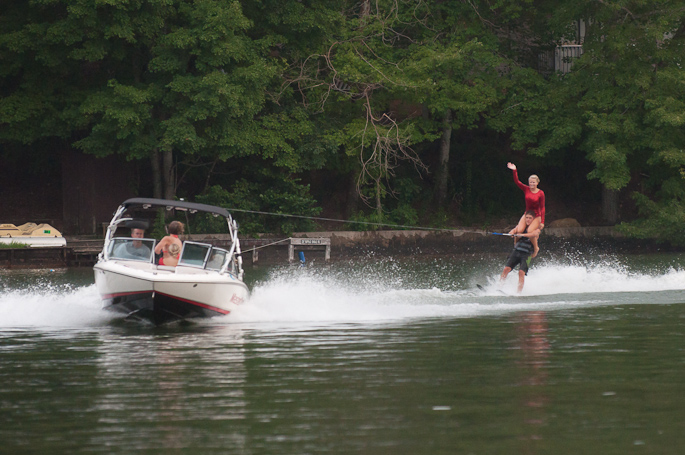 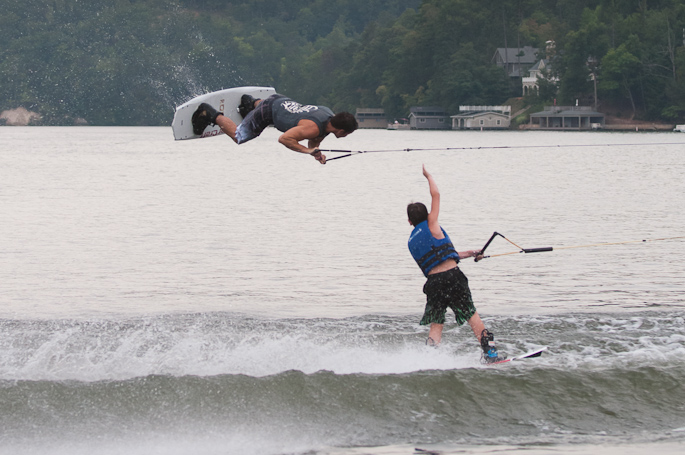 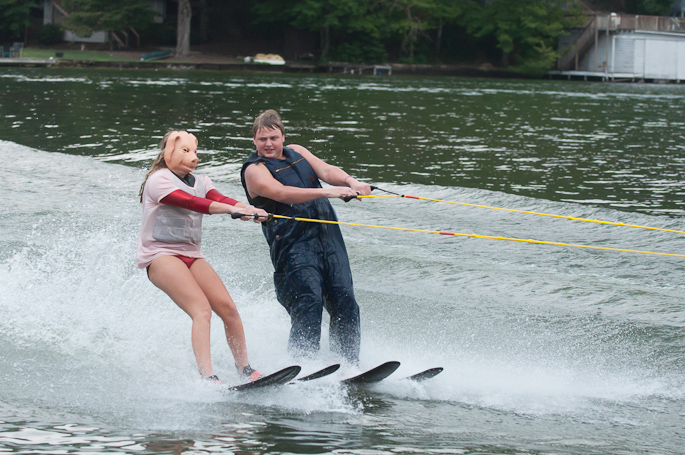 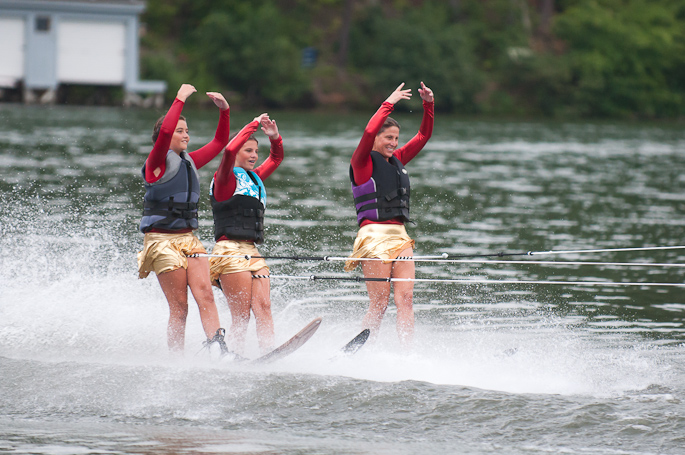 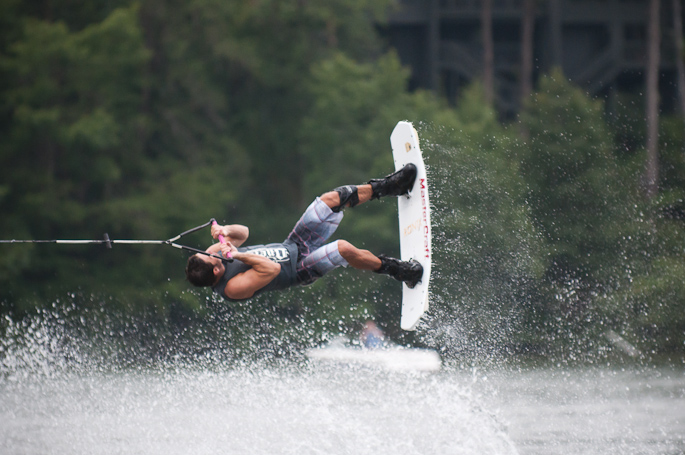 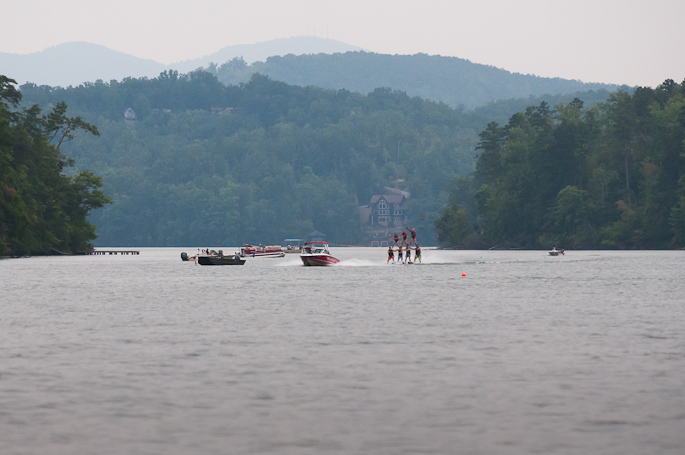 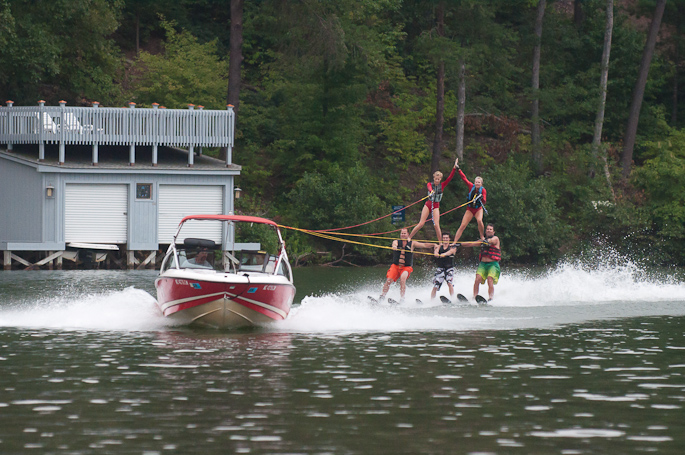 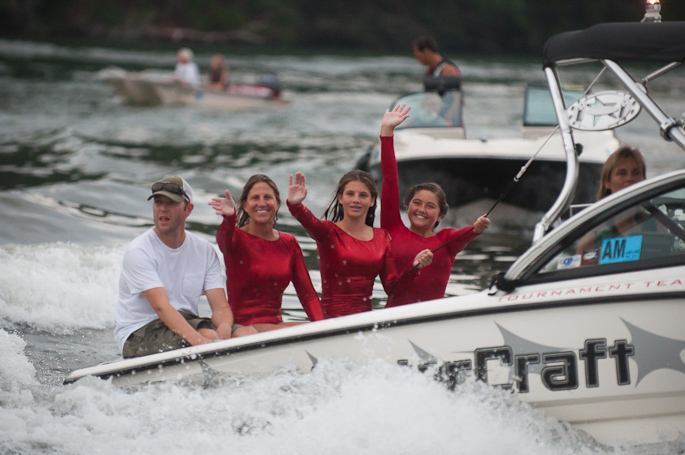 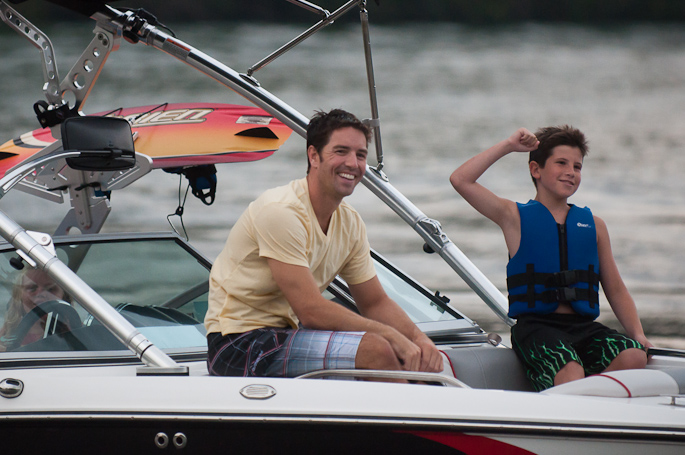 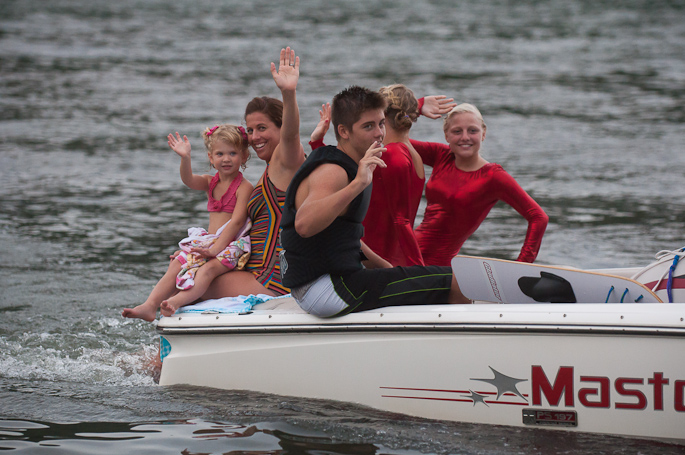 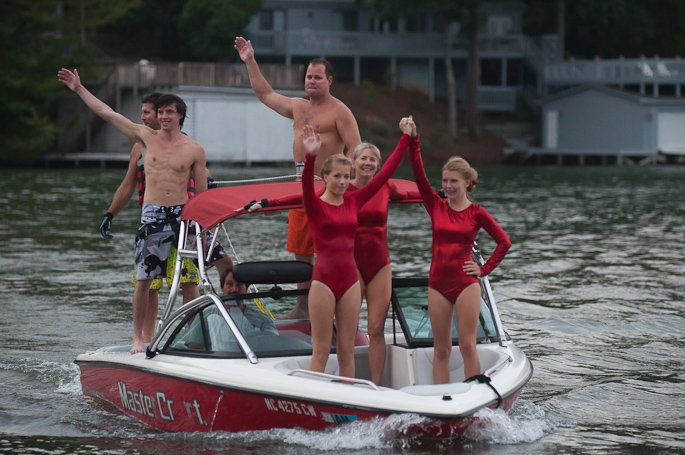 Leave a Reply to bill smith ×