Katrina and Daniel O’Donell had a popular food truck in Austin, Texas, three years ago, but the relentless summer heat and the desire to open a brick-and-mortar restaurant meant a move to Asheville was in the cards.

“We weren’t prepared for the heat [in Texas]; it was shocking,” said Katrina.

Now they’re ready to open Arancini Italian Kitchen on Tuesday, Nov. 24, in the space that previously housed Pineapple Jack’s at 643 Haywood Road in West Asheville. Katrina, a French Culinary Institute-trained chef, will serve as head chef, while Daniel will head front-of-house operations and management. The 40-plus-seat restaurant will feature fresh Italian food in a walk-up-to-order, fast-casual format — great for a quick lunch or no-fuss dinner.

They say finding the ideal space was the easy part — it was renovating it to their liking that took the most time.

“We literally one day drove by here, and said, ‘I wish we could have a place just like that,'” says Katrina. Sixty days later, the space became available, and the O’Donells nabbed it. That was more than two years ago.

They faced some major hurdles in renovating the old building. The 120-year-old structure needed upgrades and retrofits, including graffiti removal and some structural renovations. The pair did much of the work themselves, which they say was time-consuming — and had a negative effect on Daniel’s health.

“I broke my nose, I ruptured both of my eardrums and I sliced a gash across all of my fingers while cutting a zip tie,” says Daniel. “We’ve got a lot of sweat equity into the place at this point.”

After a complete interior renovation, including locally sourced vintage decorations, the restaurant is light and airy inside with a welcoming atmosphere. The couple say interest from foot traffic outside has been great, and anticipation for the restaurant’s opening has been building in the neighborhood. An autumn opening is by design: they aim to secure a solid local base of customers over the winter and be able to focus on the food and welcoming people.

“The people nearby have been watching this project very curiously, and they’ve taken an active interest,” said Daniel. “It’s really surprising the community ownership that West Asheville has supported.”

The O’Donells say Arancini’s concept of having quality food without table service also fits in great in West Asheville.

“It’s a contrast of nice food with quality ingredients that we took the time and energy into making from scratch, and you’ve got the casual service. It’s faster, without sacrificing taste,” said Katrina. The restaurant will start with dinner only. Sunday brunch and lunch service will be added by spring.

The menu now is simple and classic, focusing on family recipes for fresh pasta, homemade sauces and  fresh vegetables — sourced locally whenever possible. There are familiar items such as Bolognese and marinara sauce and pestos as well as a variety of salads and fresh vegetables served with the pasta.

Vegetarians need not shy away as there will be several meatless offerings as well as vegan and gluten-free options. Bread and vegetarian meatballs will be sourced from the West End Bakery down the street.

Arancini is a Sicilian street food — risotto that’s rolled into a ball, stuffed with meat or cheese, breaded and fried. It was a top seller in the O’Donells’ food truck days and will appear on the menu along with another favorite, a meatball slider. Local bottled and canned beer and some staple wines that complement the food will round out the menu.

The couple say that above all, they want their spot to be a comfortable place that people can visit several times a week if they’d like.

“Those who have seen us out here working are just as excited as we are for the opening. The support I think will carry us through, and we want to be that neighborhood spot for people to come to, have a good meal and forget about the stresses of the day,” says Daniel. “If we can help with that, I’m all about it.” 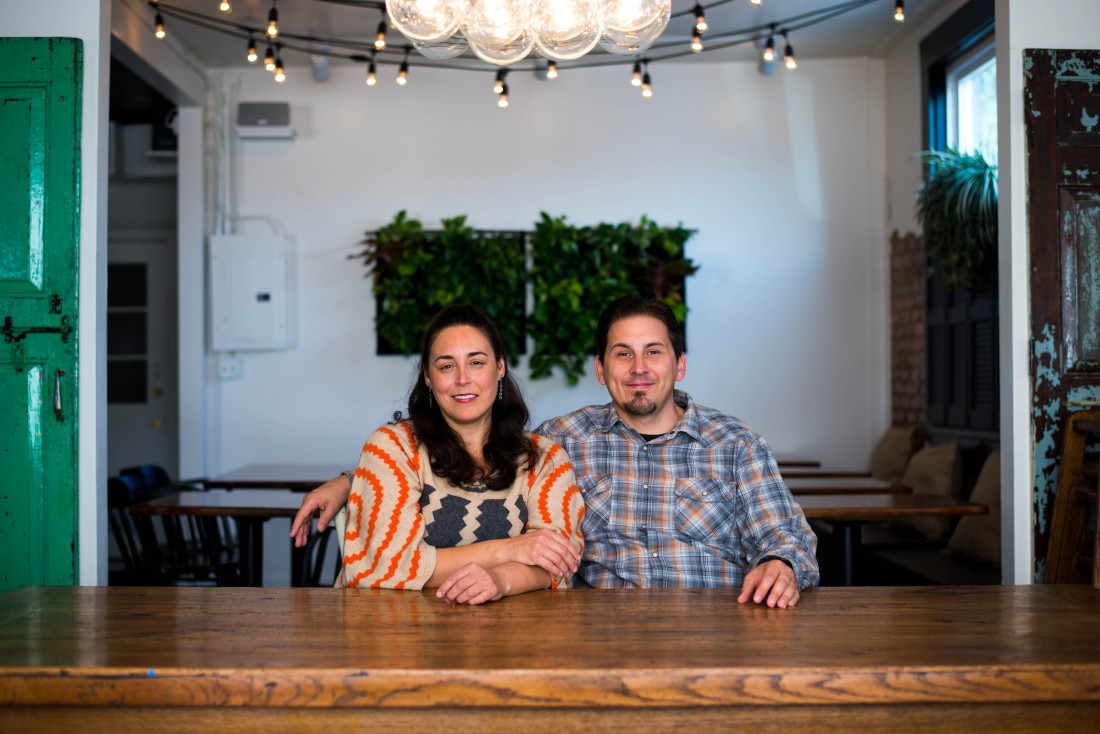 Katrina and Daniel O’Donell started in the business with a food truck in Austin but moved to Asheville three years ago to open Arancini in West Asheville. 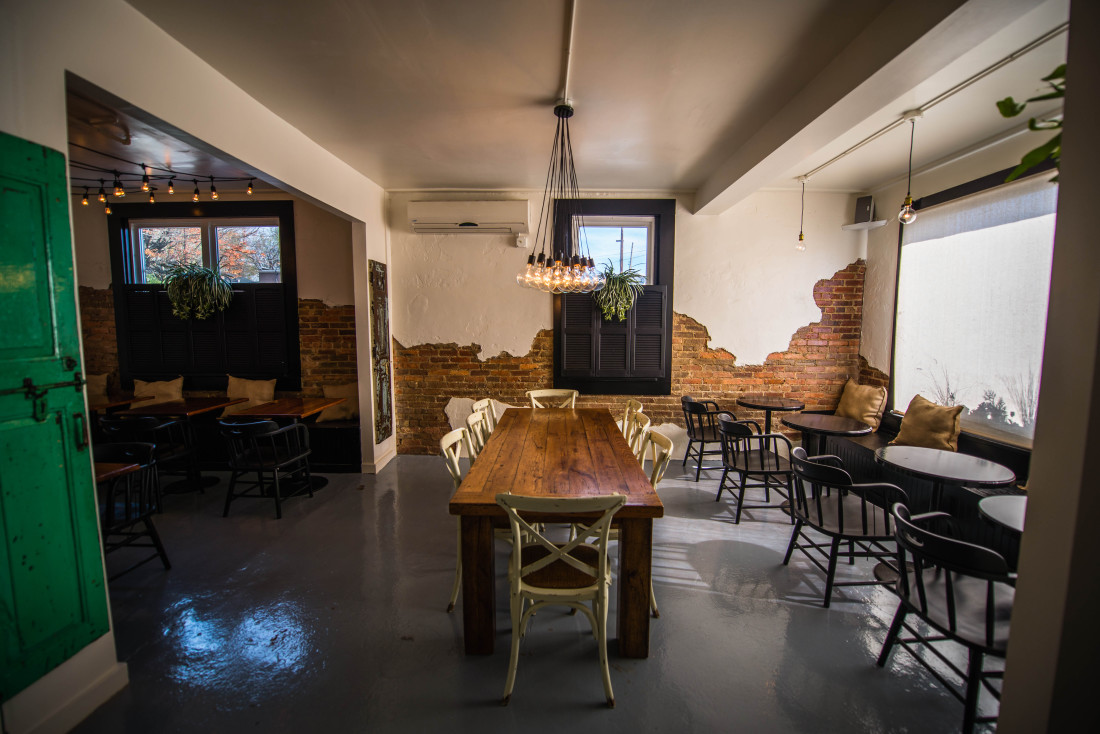 Arancini has a 44 seat dining room. 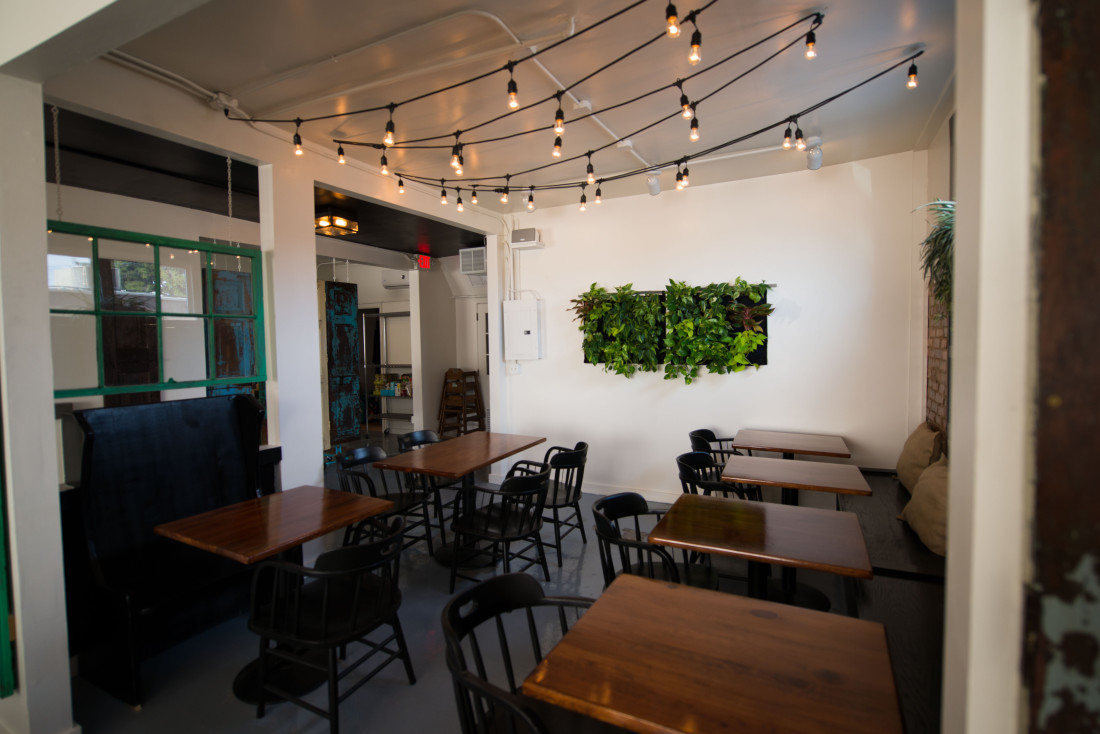 The intimate dining room is great for a casual bite on the run or getting together with friends. 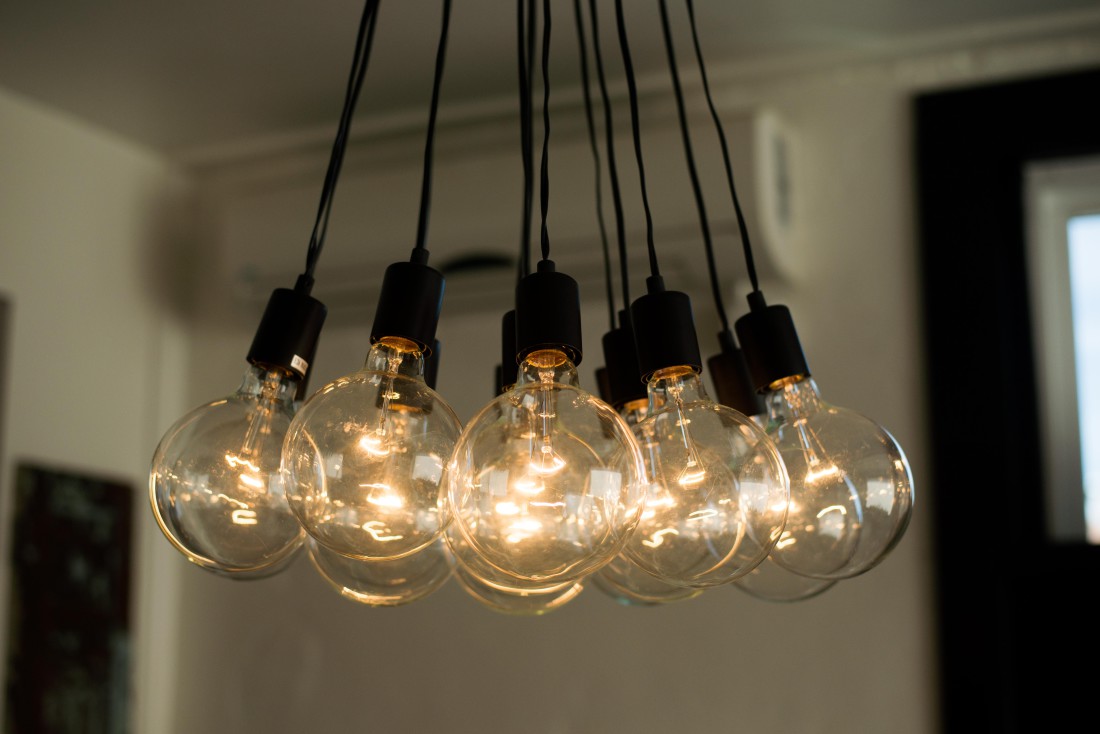 A complete interior renovation was completed on the space. 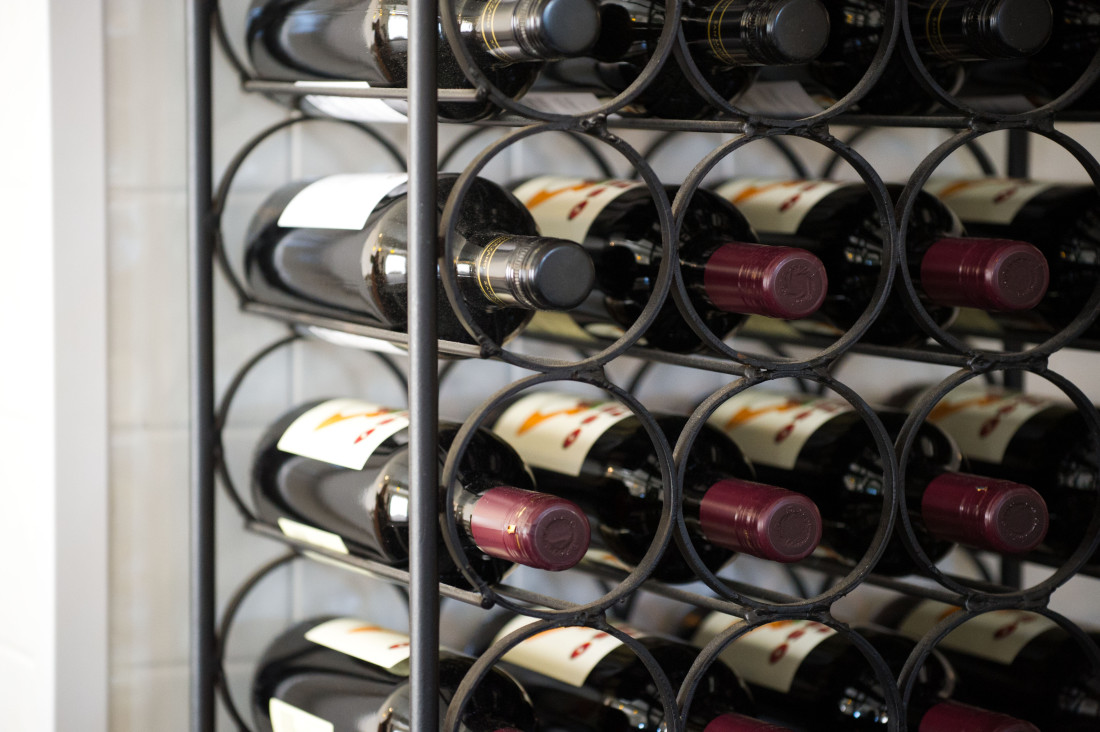 Wine and local beer are on the menu. 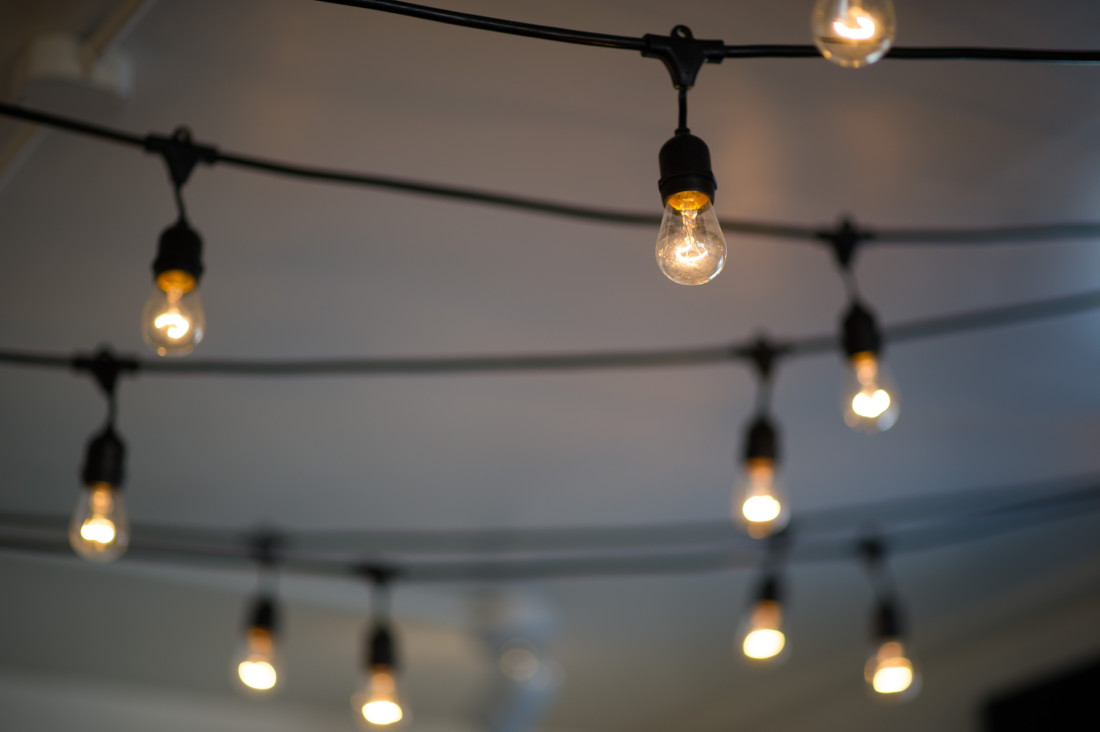 The restaurant will start out with dinner only, Sunday brunch and lunch will be added in the spring. 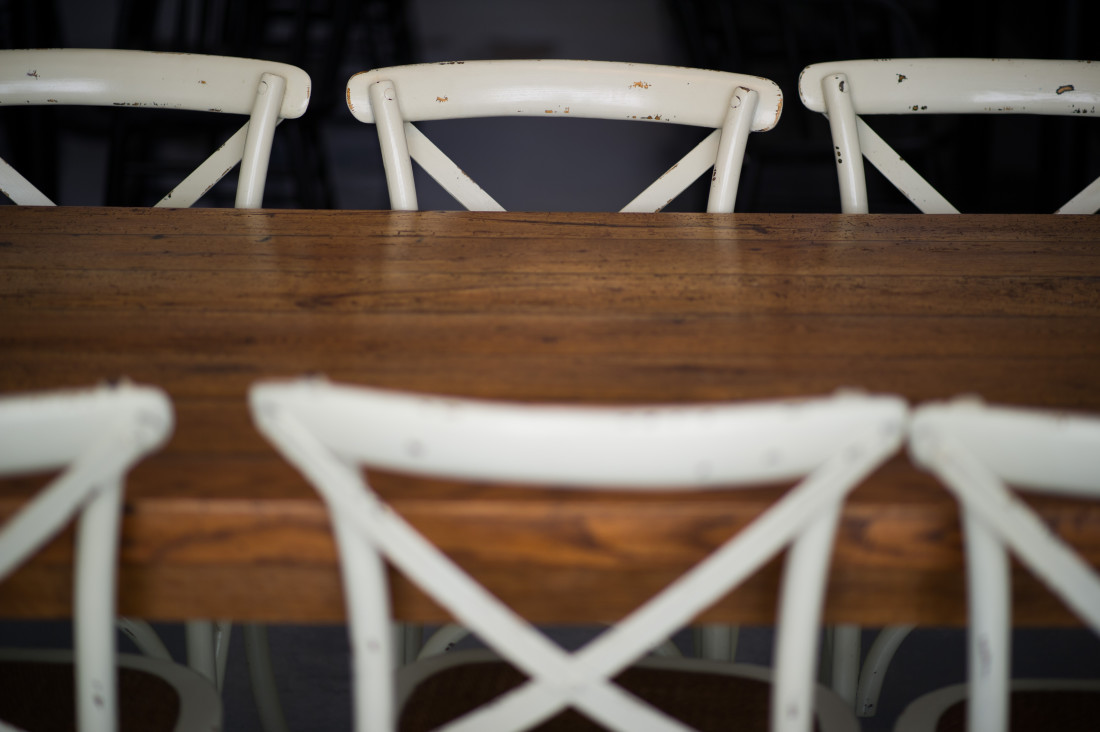 The main dining table at Arancini. 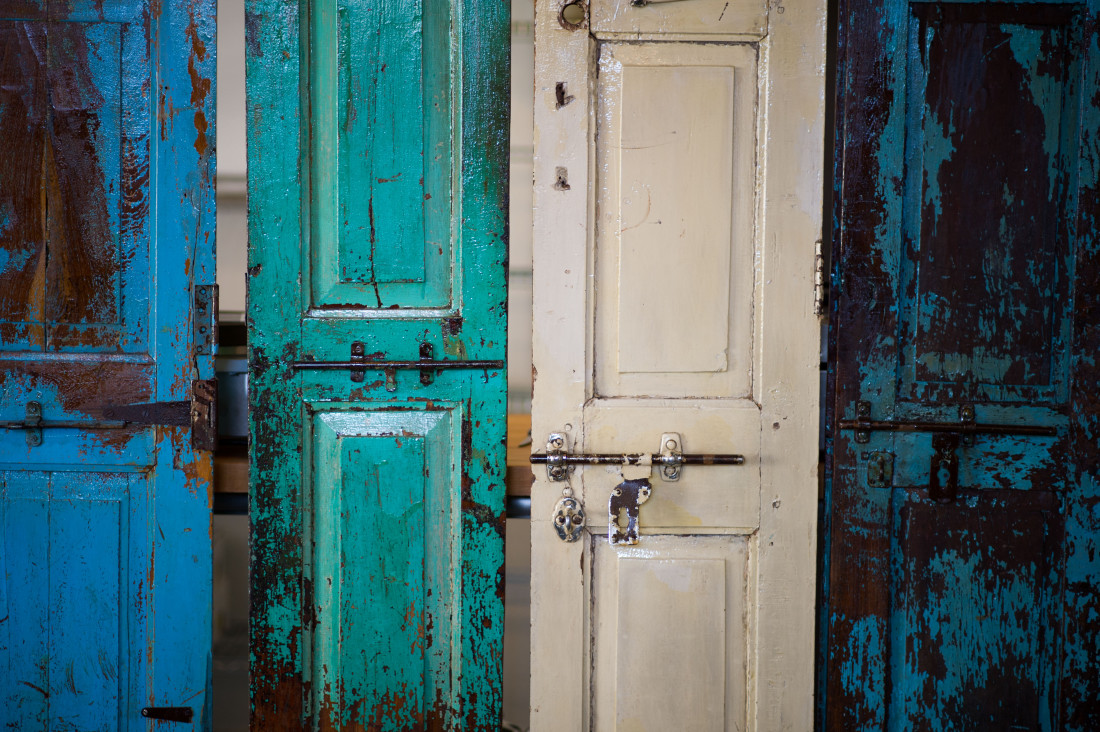