Before the doors even opened for the fourth annual Asheville Wing Wars, the line in front of New Mountain wound its way down the street, almost all the way to Patton Avenue. The sold-out event is one of many from Kelly Denson’s wildly successful Asheville Food Fights, a subdivision of her Lush Life Productions, the organization behind the consistently and professionally produced Music Video Asheville and other notable area events.

Nearly 20 restaurants set up their battle stations outside, some around big grills and smokers, while their servers dished out samples from serving stations inside the venue. The competition was divided into two types of judging — a People’s Choice Award for both traditional and specialty wings, as well as awards in traditional and specialty categories from a panel of judges consisting of myself, Mackensy Lunsford of Asheville Citizen-Times, Stu Helm of Ashvegas, 105.9 the Mountain’s Shawn Quinn and Duane Fernandes, chef of Isa’s Bistro. The crowds were able to see the brands they were tasting, but the judges were required to taste everything blind from a small table isolated up in the corner of the balcony.

When the smoke cleared, the fryers stopped bubbling, and the masses had spoken: Moe’s Original BBQ walked away with its third People’s Choice Award in the traditional category. Seven Sows‘ massive and exotic fish sauce wings took home the popular vote in the specialty category. A common complaint among attendees seemed to be that many of the restaurants showed up unprepared, running out of wings before many ticket holders even got their fingers sticky.

Up in the judges booth, it was a completely different scene. With everything coming out blind, we were a little shocked at the lack of classic flavors in the Traditional category. Many of the wings seemed to be grilled rather than fried, and only a couple of the offerings had seasonings that even resembled the classic Buffalo sauce. In the end, our consensus found Foggy Mountain Brew Pub to have the best traditional wings, followed by Scully’s Bar and Grille and Mojo Kitchen.

As for the specialty wings, we mostly found sweet, sugary, syrupy, weak sauce. In fact, one judge simply wrote, “No,” in lieu of a score for three different offerings. Another note read, “Were these boiled?” and another said simply, “I spit it out.” The overall trend in the genre revolving around each chef’s creative whims seemed to be Asian sauces that erred on the side of overly sweet. After 12 specialty samples, it became hard to see past the impending diabetic coma, but some of the entries were outstanding. Our grand prize went to King James Public House’s fantastic duck wings, followed by Chestnut, and Scully’s. 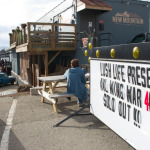 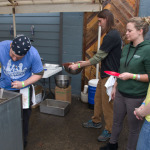 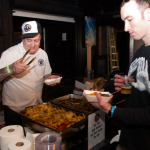 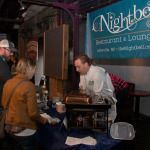 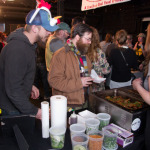 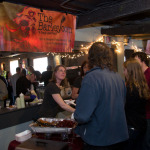 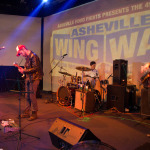 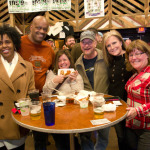 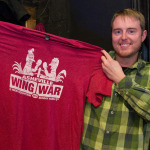 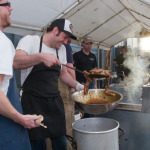 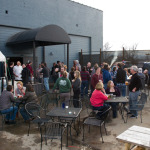 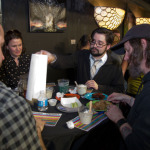 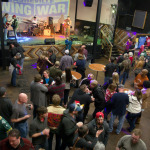 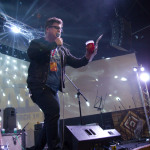 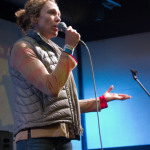 Becky Upham of MANNA FoodBank. The Wing War was a fundraiser for MANNA. 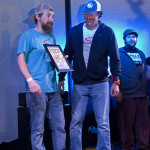 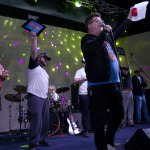 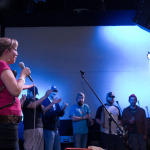 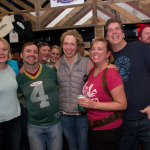