Bicyclists converged on several West Asheville and downtown coffee shops on Saturday, June 11, for the Bikes and Coffee Crawl, organized by Vortex Doughnuts.  The event allowed riders to choose their own routes as they trekked from location to location for a caffeine-fueled tour of Asheville.  Hi-Five, Bomba, Odd’s Cafe,Waking Life, Epic Cycles West and Vortex Doughnuts were among the local businesses participating in the event.

As cyclists progressed on their journeys, they needed to make purchases at the participating stops and collect the receipts to trade in for coffee-related swag at an after party held at Vortex Doughnuts.

Around 3 p.m., the field of cyclists was small but united, and it seemed that most had decided to begin their trip in West Asheville.  Odd’s Café became the starting point for a group that organically converged with a route that proceeded from there to Waking Life, across the river to Hi-Five, into the thick of heavy downtown tourism at Pack Square’s Bomba and finally finishing at Vortex Doughnuts on the South Slope.

During the ride, the participants, who ranged from newbies on their first cross-town ventures to seasoned professionals with racing experience, exchanged shop talk and compared bikes (and ultimately questioned the wisdom of the amount of caffeine they were ingesting).

Riders hurried through their coffee (or coffee alternatives as they began to feel the jitters from their previous stops) and set off on their various routes to the next stops. Routes varied dramatically as some riders were looking to tack on extra mileage to their normal weekend road rides while others were attempting to minimize the pain of Asheville’s constant up-and-down topography.

The final stop for most, Vortex Doughnuts, greeted cyclists with cold water, live music and a table of free gear from Synesso, La Marzocco and Barista Magazine. 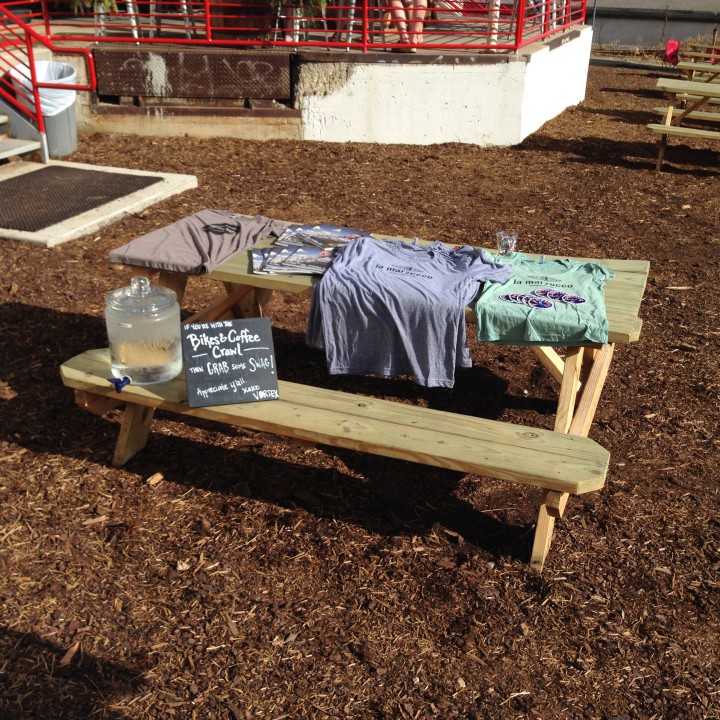 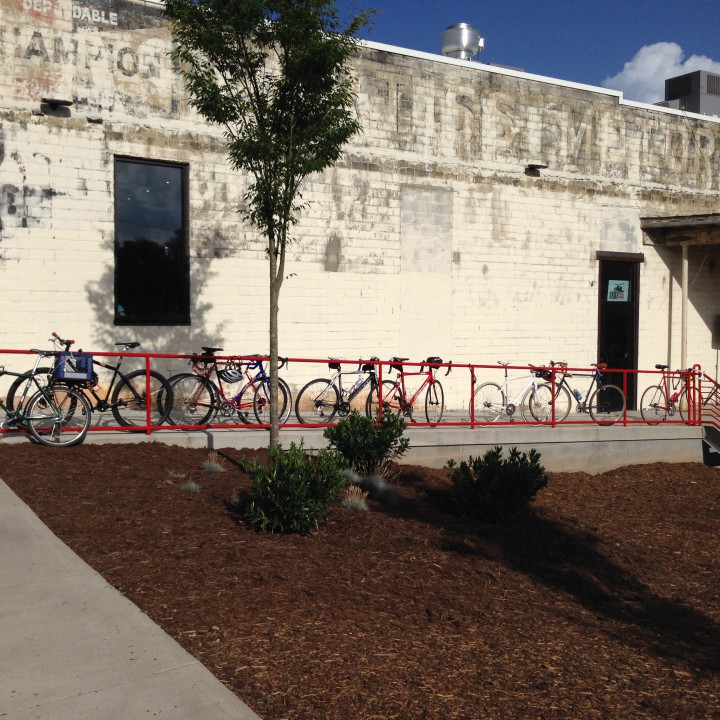 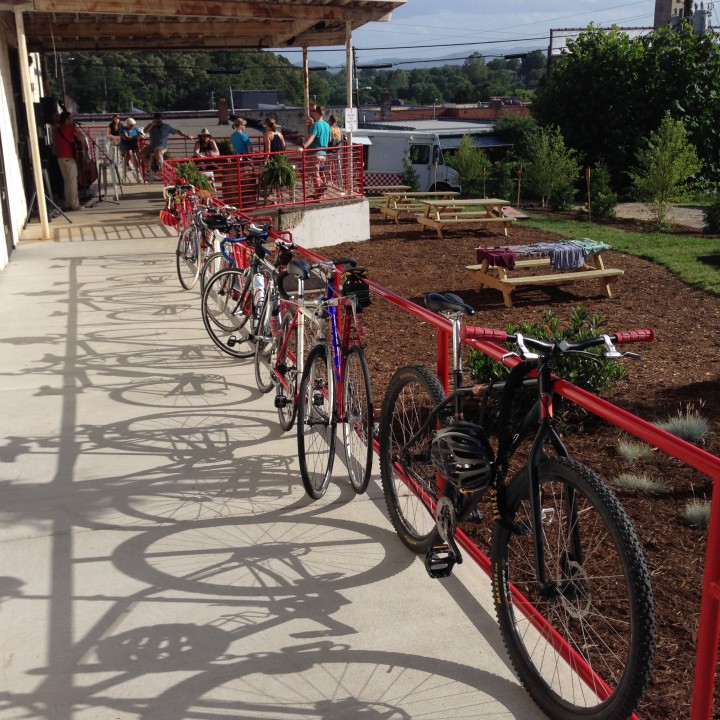 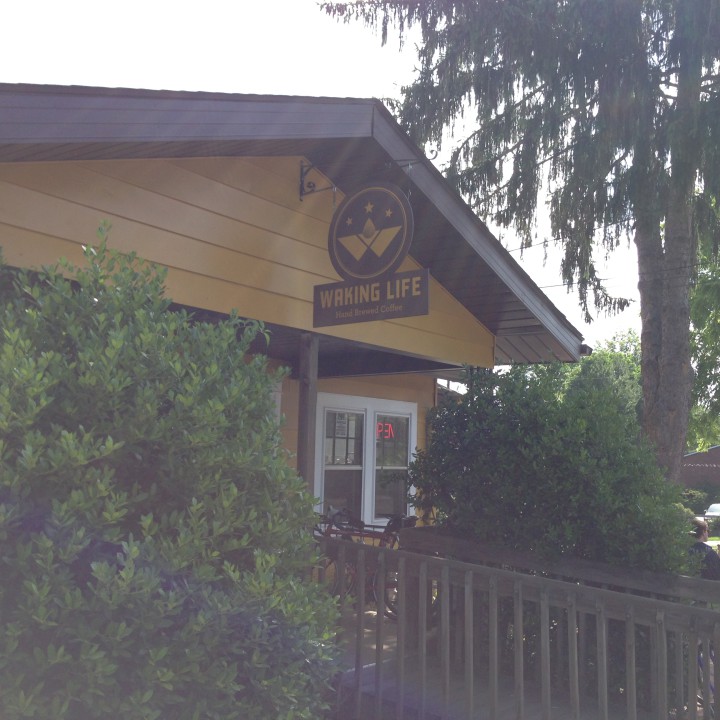 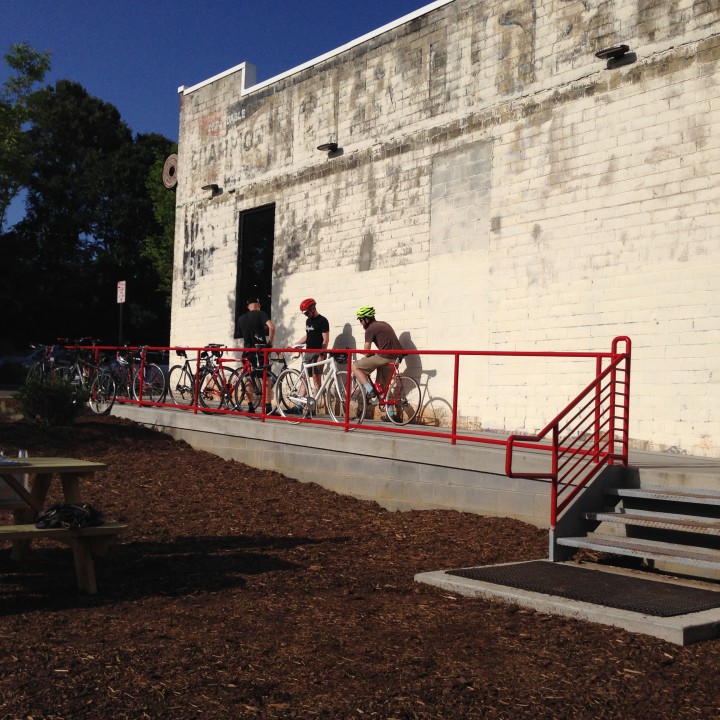 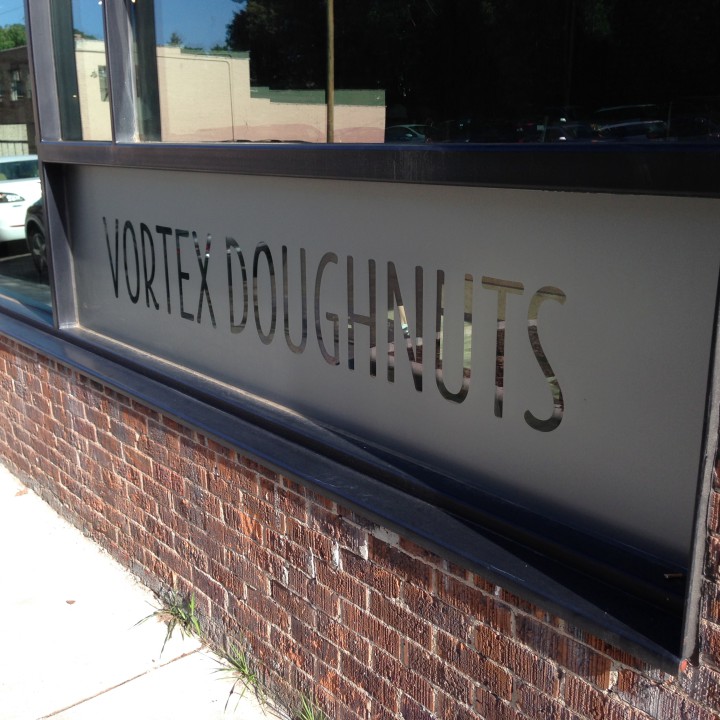 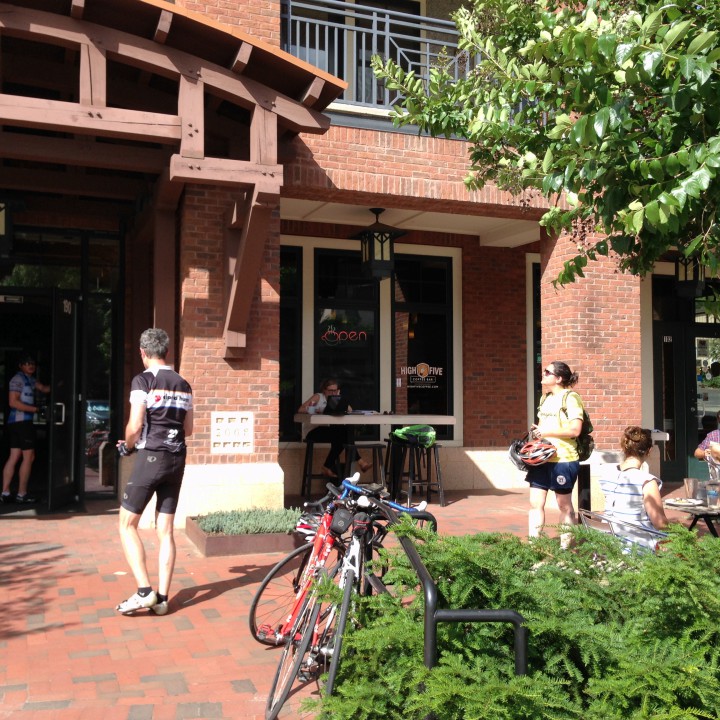 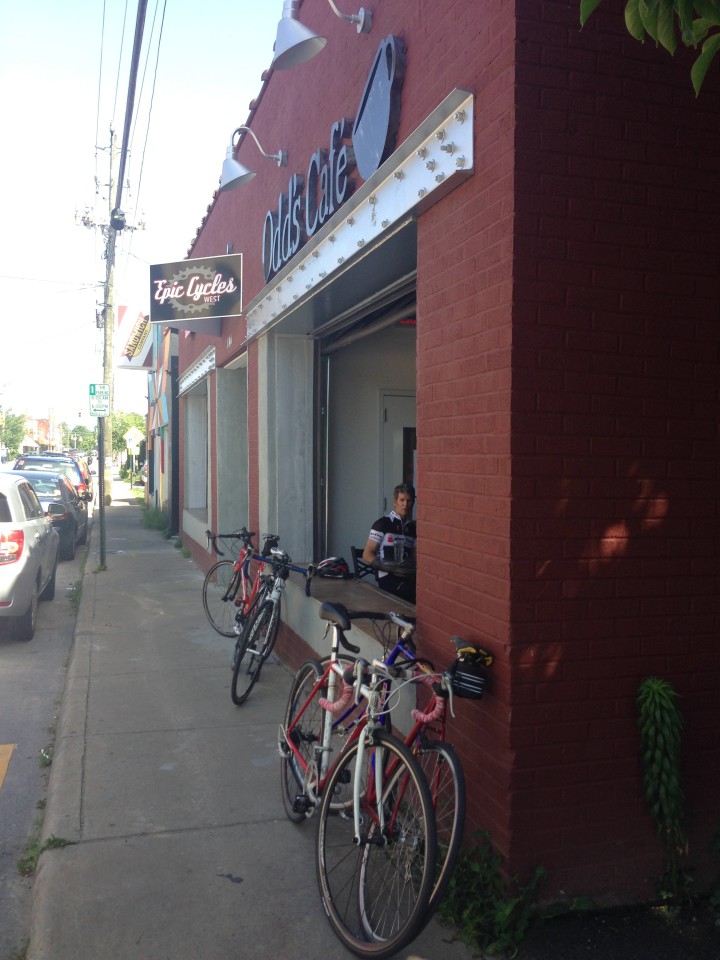 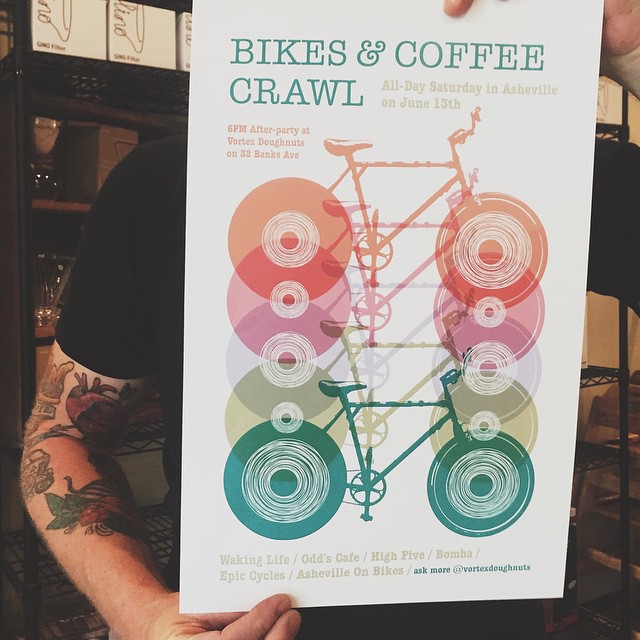 One thought on “In photos: Bikes and Coffee Crawl”