Hi-Wire Brewing received a hefty delivery today at its new Biltmore Village production facility: a new 4-vessel, 30-barrel brewhouse system. Sent by ship from Europe, the tanks arrived by truck early this morning at Hi-Wire’s Big Top location, which is under construction behind Appalachian Vinter at 2 Huntsman Place. It should take about a month to get the tanks up and running.

Following is a press release with more details about the system and a photo slide show by Cindy Kunst and Hi-Wire Brewing:

Asheville, NC — After eight months of anticipation, Hi-Wire Brewing’s new 30 barrel brewhouse has arrived in the mountains of western North Carolina. Built in Europe and then shipped across the Atlantic, the brewhouse landed on the North Carolina Coast in three 40 foot containers and arrived in Asheville May 11th. The new brewhouse is a 4 vessel, semi-automated system and will take approximately a month to be installed and brought online after being delivered.

Once both the downtown Asheville South Slope Tasting Room (197 Hilliard Avenue) and the Biltmore Village Big Top (2 Huntsman Place) are up and running, the two locations will diverge in the styles of beer which they produce. The Tasting Room will transition from creating the brewery’s flagship ales and lagers to the experimental hub of the business, where craft beer drinkers can enjoy an ever changing rotation of brews. The Biltmore Big Top will take over the production of the flagship and seasonal beers and produce them in larger quantities to allow for distribution outside North Carolina.

“We are excited about our new Biltmore production facility and the opportunities it gives us as brewers,” said Luke Holgate, Head Brewer at Hi-Wire Brewing. “This new facility will be dedicated to flagship production and a growing list of production seasonals while our current South Slope space will shift towards experimentation and recipe development. Our two brewhouse set up will give us the ability to focus on quality and consistency with the opportunity to continue to push our beers into new realms. Best of all,” Holgate added, “Our expansion has allowed us to bring in some amazing brewing talent from all around the country.”

Hi-Wire patrons can expect the second location to be fully operational mid-summer 2015. The new facility will not only house the new brewhouse but will also boost a tasting room, an outdoor seating area and guided tours of the facility. Visitors to the location will find it conveniently located ½ mile from the Biltmore House and 2 miles from downtown Asheville.

For regular updates on the production facility progress and other upcoming news, please visit www.hiwirebrewing.com. 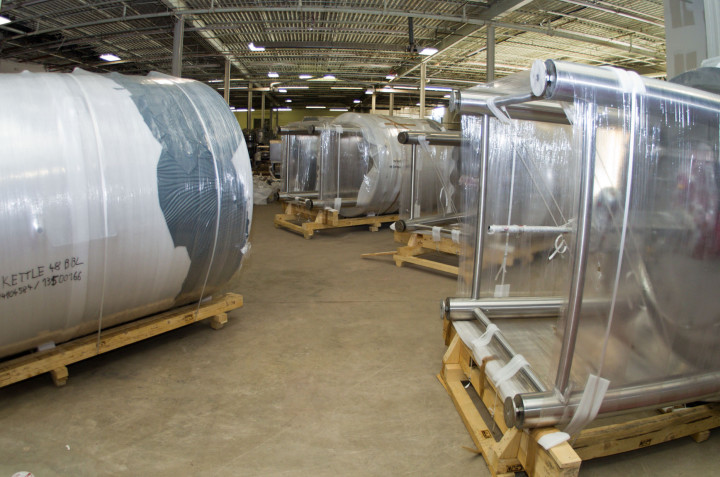 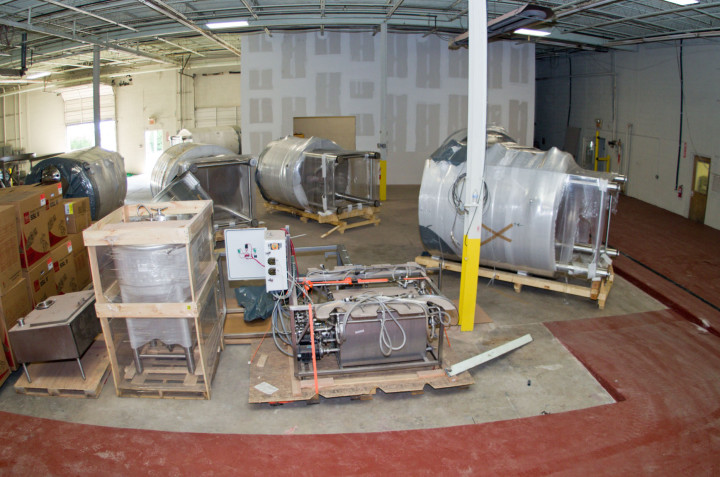 The new tanks will be established on the red concrete pad on the brewhouse floor. Photo by Cindy Kunst 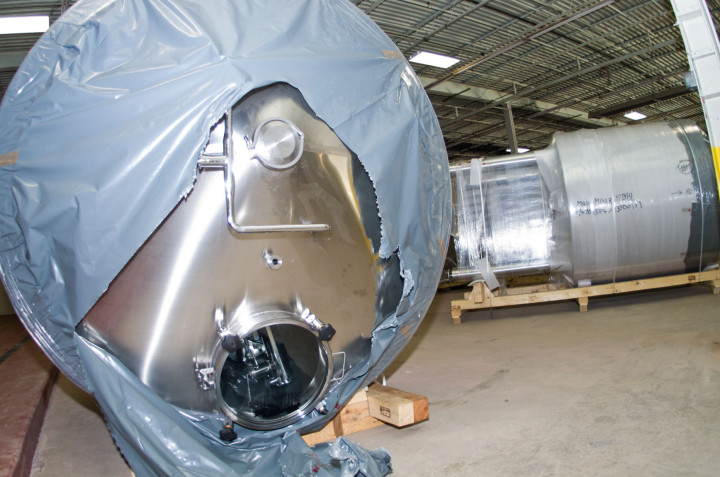 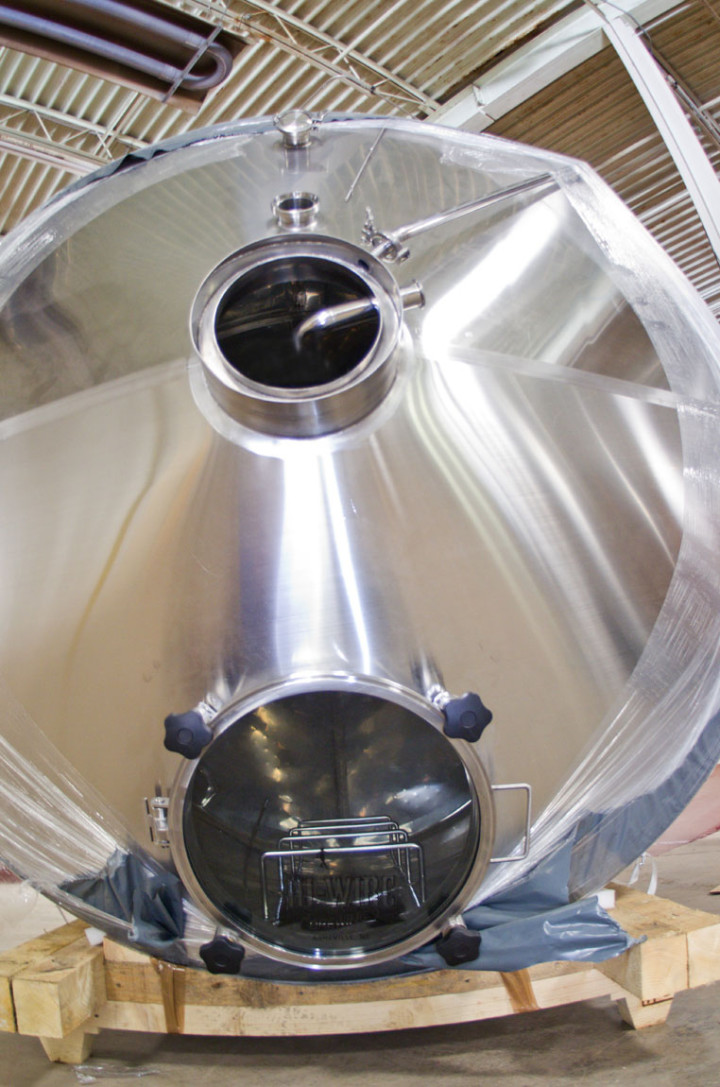 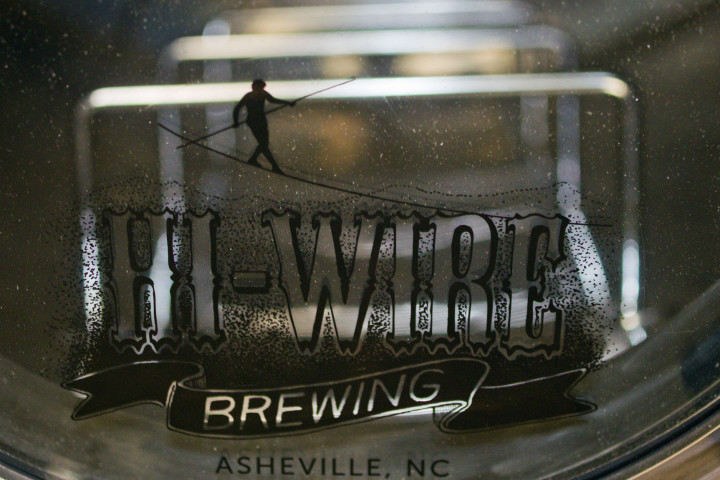 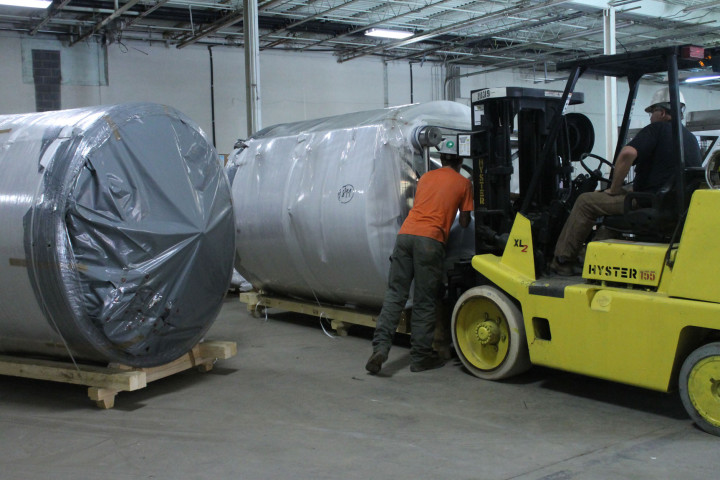 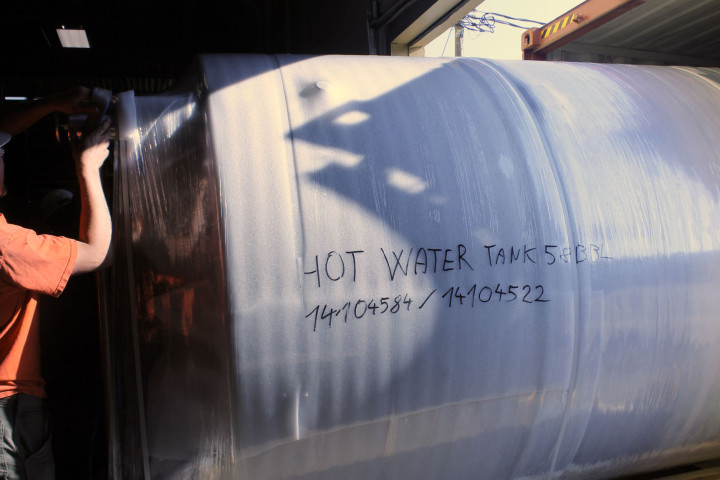 Tanks being unloaded from the truck. Photo by Abby DIckinson, Hi-Wire Brewing 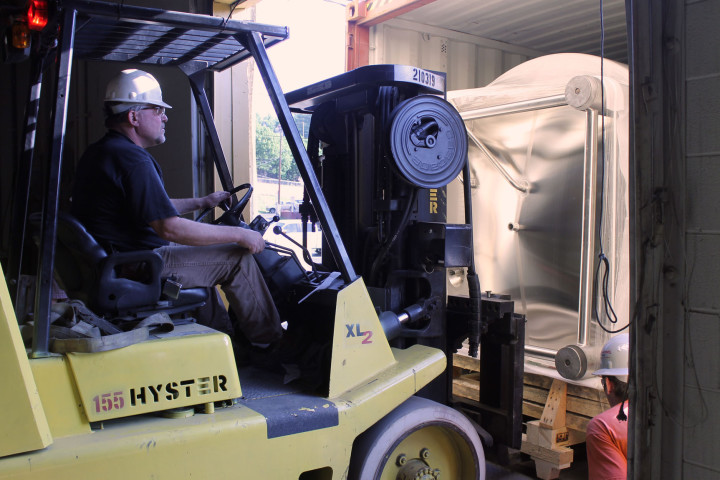 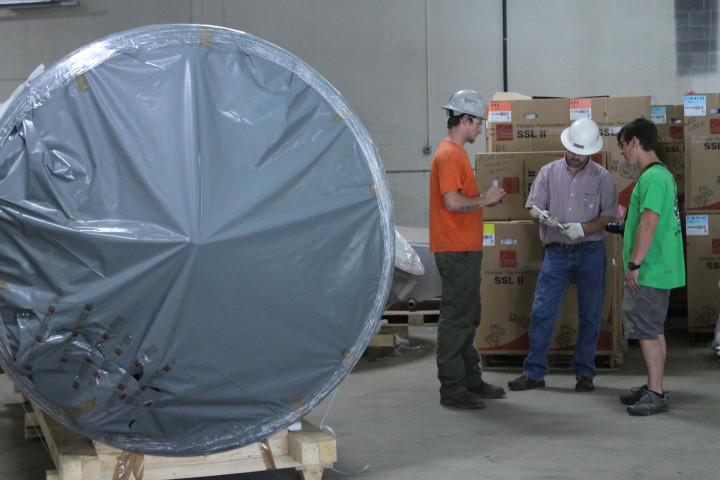 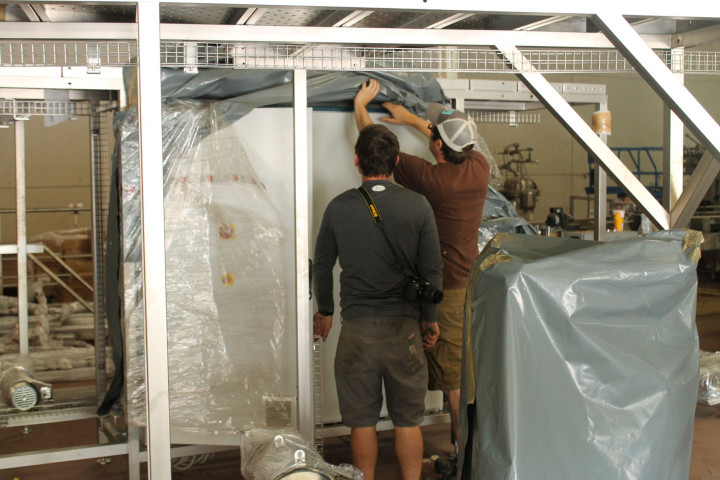 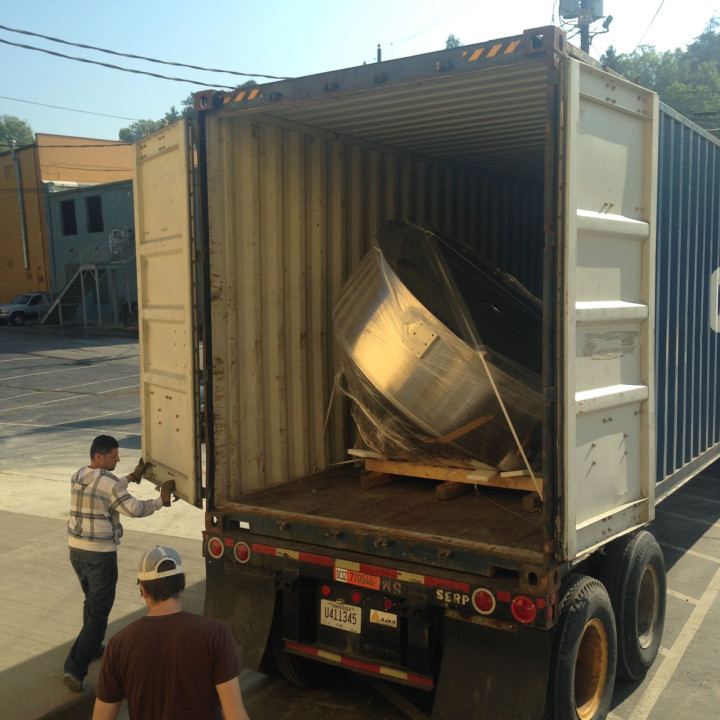 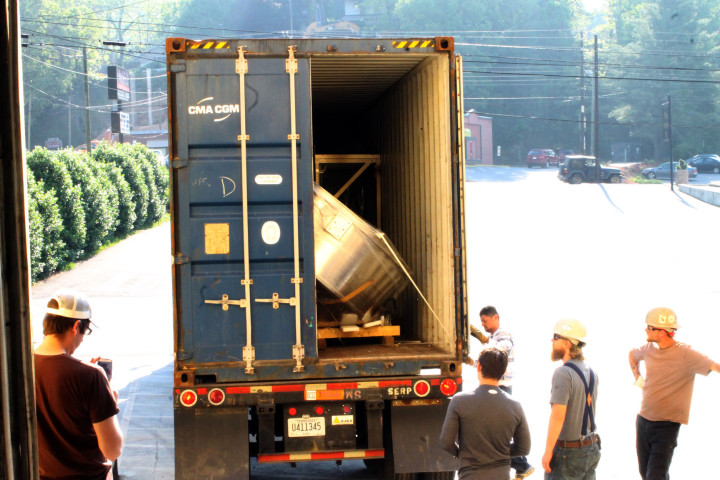