Pickett began her made-from-scratch gelato business in 2013, selling the treat by the cup from a mobile cart in downtown Asheville. Since then, she’s been able to hire help and has opened a kiosk at Asheville Outlets.

But the mobile cart has not disappeared. On Tuesdays, it can be found at The West Asheville Tailgate Market, at 718 Haywood Road, from 3:30-6:30 p.m.; on Wednesdays it makes an appearance at The River Arts District Farmers Market, held at All Souls Pizza, from 2-6 p.m.

Pickett will move her whole gelato production to Phillips’ Gypsy Queen Cuisine Deli & Market on Patton Avenue when it opens for business in August. Pickett says she’s excited about the sharing the space with the restaurant, which will allow her to open a display case for her gelato cups.

Mountain Xpress: What brought you into the gelato making business? When did your love for gelato come about?

Amy Pickett: I lived in Italy when I was 13 years-old up until I was 15, and it was the first time I lived in a walkable city, because I had been in suburbia when I lived in the U.S.  Over there [in Gaeta], it was a small coastal town where I could walk with my friends. [I was at] that age when you can go out for pastries, gelato and pizza — and that’s when I got into it.

It really had been on my mind when I was 13, but practical ideas from my parents took hold, and so I went to school. I was a business major, and I actually wrote a business plan in college for having a gelato shop in one of my classes. But after school I worked in banking for a really long time. Then I just decided that life’s too short, and it seems scary to go out and work on your own, but also it’s really rewarding.

What sets Sugar & Snow Gelato apart from other business that sell gelato, ice cream or other types of desserts?

Mostly the process. I mean, I don’t know what everybody else does in town [as far as] how they make things, but sometimes when I see a bigger restaurant operation that says they make gelato from scratch, I kind of think “no you don’t,” because it’s so much work. It’s just a time consuming process.

The main thing is that I put a lot of attention into that [process.] It’s not rocket science. People can look up the recipe online, but now that I’ve done it for awhile, I feel like I’m pretty good at trouble shooting. If the texture is too grainy, [I know I] need to adjust this ingredient, or if it’s too gummy, or if it’s getting too icy. I feel like that’s something that sets me apart.

You said you get most of your ingredients locally. Where are some of the places you go? What ingredients can you not get from local sources?

I’m using milk from Mills River Creamery, so that’s close by. I also get cream from Farm to Home Milk delivery service [and] fruit from the farmers market. I’m working there so that makes it easy to grab everything.

There are certain things like chocolate and pistachio that come from outside of town, but I really make an effort to get things from around here.

What are your most popular gelatos? What is your personal favorite?

Chocolate can be hard to make. It can freeze too hard and get crumbly, and so I feel like I put a lot of effort into getting the texture right on that. I feel like people who really like chocolate ice cream or gelato really like that one.

[My favorite is] the salted caramel. I’ve really been liking that one.

To what or to whom do you attribute to your success?

The support that I’ve had from family and friends, because there are a lot of emotional ups and downs when you’re working for yourself.  To have people who are supportive around you really is the key to success. 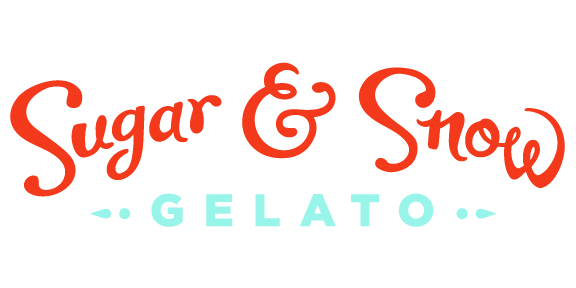