For a restaurant to survive even its first year in business is often cause for jubilation, and Mela now has 10 of them under its belt. The Lexington Avenue Indian restaurant will celebrate its first decade in business on Tuesday, July 28, with a customer and staff appreciation day.

Former staff members are invited back for a visit, and all entrees on the restaurant’s regular menu will be priced at $10 throughout the day. The lunch buffet will also be available for a flat $10, including tax. Other highlights will include belly dancing and $1 glasses of Champagne.

“We want to say thank you to Asheville for keeping us around for 10 years, so that’s why we are doing the $10 special. We are hoping that since it’s earlier in the week, more locals will come out since they are the reason we have lasted here,” says manager Sarah Katzmark.

Mela is having a busy summer. The Lexington Avenue restaurant held a fundraiser earlier this month for a regular customer, Vance Elementary teacher Laurie Joens, who is battling breast cancer. And owner Anoop Krishnan has plans to open a new location by this fall — details are yet to be disclosed.

On July 16, The Verner Center for Early Learning was named the only Shape NC Demonstration Site in Western North Carolina and one of six in the state. Shape NC: Healthy Starts for Young Children is a six-year, $6 million initiative of Blue Cross and Blue Shield of North Carolina
Foundation and the N.C. Partnership for Children aimed at preventing early childhood obesity in childcare environments. The recognition means that Verner has improved nutrition, physical activity and outdoor learning environments for children to meet standards for healthy best practices and can serve as a model for other organizations. Verner’s Rainbow In My Tummy nutrition program provides childcare centers with tools, coaching and resources to improve the food culture for young children. There are currently 14 childcare centers in Buncombe County implementing the program.

To learn more about Shape NC, visit smartstart.org/shape-nc-home/. For more on the Verner Center for Early Learning, visit vernerearlylearning.org.

North Carolina Winery of the Year

The New York International Wine Competition recently named Hendersonville’s Burntshirt Vineyards the 2015 North Carolina Winery of the Year. The contest, in its fifth year, was judged solely by wine buyers and drew nearly 1,000 entries from more than 30 countries, says the competition’s website. Burntshirt also received a silver medal for its 2013 reserve chardonnay during the late-May competition.

MetroWines and Olive & Kickin’ will partner to present a free Portuguese wine and olive oil tasting on Thursday, July 23, at Metro Wines. The featured products will be oils from the Cobrancosa varietal olive and Maria Mora red and white wines from southern Portugal. Asheville-based Harris Wine Imports will provide the wines.

Food writer Jonathan Ammons lets us in on his favorite dish du jour.

Slushy cocktails at Tiger Mountain: Escape the heat of summer the best way possible: in a frozen ocean of booze. Whether it’s a frozen Negroni or a planter’s punch slushy, the machines are churning up icy goodness at the North Lexington Avenue bar. — Jonathan Ammons

Appalachian-themed blog The Revivalist is hosting a food photo contest, Appalachian Appetite, to commemorate its fifth anniversary. Entries can be images of anything food-related and don’t necessarily have to be shot in Appalachia, but should “appeal to The Revivalist’s readers,” according to a press release. Readers will vote on the website to decide the winners. The grand prize is a two-night getaway to Mast Farm Inn in Valle Crucis. The contest runs through Sept. 13, but early entry is encouraged — the longer a photo is displayed on the contest page, the more votes it can accrue.

For details and to enter a photo, visit therevivalist.info.

Edia, Inc., the Charlotte-based map company that released last summer’s The Great NC BBQ Map, is working on a new project that is bound to feature a lot of Asheville businesses and events: The Great NC Beer Map. Scheduled to release this August, the printed road map will detail more than 160 craft breweries and 43 major beer festivals in North Carolina and will include infographics on the art and science of brewing. The map is available for preorder through Friday, July 24, through the project’s Kickstarter campaign and will be available later this summer through Edia’s website. Folded road maps are $10 and unfolded poster versions are $25.

To preorder a map, look for The Great NC BBQ Map at kickstarter.com. 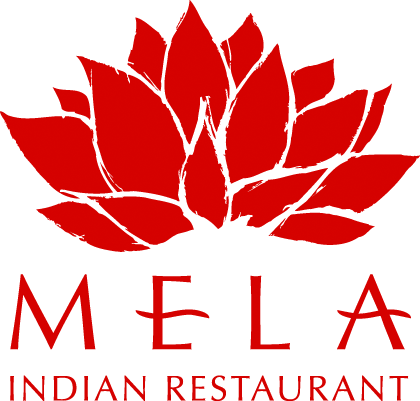