The Buncombe County Board of Commissioners and other supporters say jobs at the aerospace manufacturing plant will provide opportunities for workers to improve their standards of living. Critics say those wages are not worth the moral cost: Bolstering a military-industrial complex that causes deaths half a world away and eats up government funds better spent on other needs.

COVID-19 vaccination initiatives announced by the county include a drive-thru site for second doses at A. C. Reynolds High School and a waitlist for first-dose vaccination appointments. The waitlist will replace a system that requires residents to schedule appointments directly as vaccines became available.

In a beleaguered industry, workers and business owners deal with a host of challenges from unstable finances to rude and unreasonable customers.

With an emphasis on takeout specials, the ninth annual event runs Jan. 19-25.

The state grant for Buncombe’s Low-Income Energy Assistance Program, funded as part of the first federal COVID-19 relief package, will be considered at the Tuesday, Jan. 19, meeting of the county Board of Commissioners.

The $600 checks represent the first federal assistance many in WNC have received to cope with the economic fallout of the pandemic since the first coronavirus relief package was signed into law by President Donald Trump on March 27.

The Asheville-based nonprofit Southern Appalachian Highlands Conservancy’s work included both valuable wildlife habitats, such as the Wiles Creek and Little Rock Creek preserves, and prime farmland at risk of development. Sandy Hollar Farms in Buncombe County and Bowditch Bottoms in Yancey County were among the agricultural projects completed in 2020.

“We recognize that it’s not a perfect system and the demand is quite high,” said Stacie Saunders, Buncombe County’s public health director, at a Jan. 12 special meeting called to address local vaccination efforts. “We just want to reiterate that we will not have sufficient supply of vaccine for a very long time, so it is likely that we will still hear frustration and concerns about being able to get an appointment.”

Making tough choices and trying out a variety of business models allowed Mountain Food Products to keep its trucks rolling through the pandemic.

The new year brings new restaurants and fresh collaborations while other businesses take a temporary break and a North Asheville favorite closes permanently.

As 2021 dawns, the glow of the holiday season fades and social distancing continues in cluttered homes, many will make resolutions to clean up their space. Here’s a look at the area’s more environmentally friendly ways to handle unwanted items.

Madison Cawthorn, Western North Carolina’s congressional representative, was among the more than 50 representatives and eight senators, all Republicans, who issued a formal challenge Jan. 6 to certifying the Electoral College victory of President-elect Joe Biden over incumbent President Donald Trump. Shortly after that action, a rioting crowd of Trump supporters broke into the Capitol.

Nearly $118,000 from the Dogwood Health Trust will hire a program manager as part of a previously funded community paramedic team. And $900,000 in federal funds will support housing and utility payments for county residents who have lost income due to COVID-19.

In a year marked by a constant churn of updating numbers — COVID-19 dashboards, economic forecasts, political polls — Assistant Editor Daniel Walton took comfort in stories that were able to report more deeply on some of the issues facing Western North Carolina.

For many environmental organizations across Western North Carolina, COVID-19 fell like a lightning-struck tree across the path to progress. But like an intrepid hiker, WNC’s activists and organizers have bushwhacked new trails for action in the world of the pandemic.

Xpress Assistant Editor Daniel Walton and local community figures discuss how the year’s events have accelerated many of the issues that were already facing Western North Carolina.

Five Asheville restaurateurs answer four questions on the state of their industry. 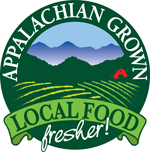