Who (or what) is the cause of black people being disenfranchised in Asheville? Those arguing that systemic racism is the culprit were declared unanimous winners at the conclusion of a Nov. 13 debate.

Asheville High School and the Wilma Dykeman Legacy hosted “Resolved: Asheville has Disenfranchised its African-American Population,” the first in a three-debate series that will be held through April. Representing the pro argument at the debate were political science professor Dwight Mullen and history professor Darin Waters, both from UNC-Asheville. On the con side were Isaac Herrin, chair of  the Western Carolina University College Republicans, and Carl Mumpower, a psychologist and former member of the Asheville City Council.

The nearly two-hour debate featured civil discourse among the debaters onstage despite some jeers and gasps from the crowd in response to arguments by Mumpower calling claims of institutional and systemic racism a myth.

“The struggle that black people have gone through, historically, is the same as all races,” he said. “The black community of Asheville has subjugated itself.”

“It is absolutely fundamental that we not think in a binary way, that we think in ways that are not mutually exclusive of each other,” Mullen said. “Individual responsibility has always been a characteristic of the African-American community. How else can you explain our survival? But that individual responsibility cannot take the place of systemic reforms.”

Mumpower cited a handful of what he called truths doing great harm to the black community: embrace of certain Democratic policies — abortion, illegal immigration and governmental dependence; rejection of social sciences; rejection of African heritage; and the rejection of the core message of Martin Luther King and Malcolm X.

In the end, Asheville High School student judges voted the pro side of the argument the winner, 5-0. The next two debates will be Jan. 29 and April 8, with the subjects being organic food and eat-local movements. 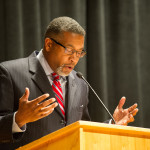 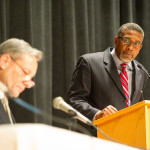 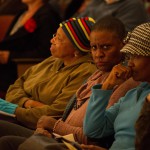 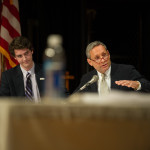 Isaac Herrin, left, and Dr. Carl Mumpower represented the con side. They were voted by student judges to lose the debate, 5-0. Photo by Pat Barcas 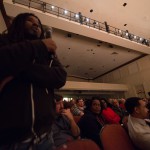 Audience questions were answered toward the end. Photo by Pat Barcas 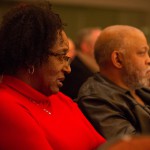 A woman in the crowd reacts. Photo by Pat Barcas 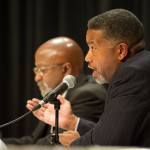 Dr. Dwight Mullen, left, and Dr. Darin Waters represented the pro side of the debate. They were voted by student judges as the winners, 5-0. Photo by Pat Barcas 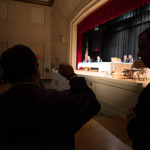 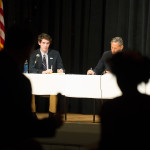 The crowd was able to ask questions toward the end. Photo by Pat Barcas 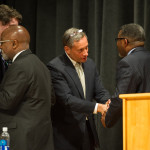 The conclusion of the debate. Photo by Pat Barcas 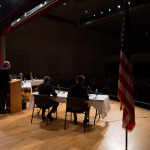 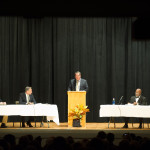 John Boyle of the Asheville Citizen-Times, center, served as the moderator. Photo by Pat Barcas 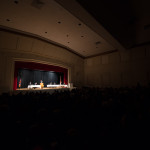 Asheville High School played host and saw a good crowd for the first of three debates taking place over the next few months. Photo by Pat Barcas 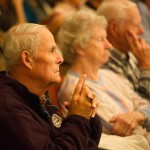 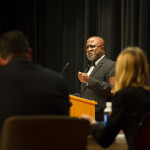 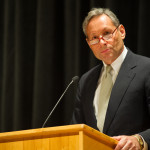 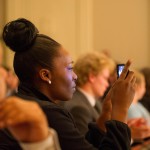 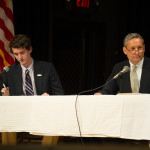 Isaac Herrin, left, and Dr. Carl Mumpower represented the con side. They were voted by student judges to lose the debate, 5-0. Photo by Pat Barcas

14 thoughts on “African-American disenfranchisement in Asheville: Debating where to place the blame”