In 1998, freelance writer Emily Capps was antiquing in Atlanta when she came across a pair of boxes. Inside, Capps found hundreds of images of a woman named Estelle Berkowitz. As Capps flipped through the collection, captivated by the subject’s smile and attire, it became evident this was a pictorial history of Berkowitz’s adult life.

For several years, Capps played around with ways of showcasing the collection. At one point, some of the images hung from a pair of old window panes inside her home. Later, she dedicated an entire room to the pictures. More recently, she created the Instagram handle, @theestelleburke.

The project, which launched in 2017, is a fictional account of Berkowitz’s life. But in the process of creating and sharing her story, Capps caught the attention of a former high school friend and researcher, Lee Howard. Intrigued by the series, Howard says he began looking into Berkowitz’s past as a way to provide Capps with “some anchors to build this mythology around.”

What the pair now know is that Berkowitz (who also listed her last name as Borke and Berke) was born in Rochester, N.Y., on July 22, 1912. In the 1940 U.S. census, she noted her profession as a “speciality dancer.” Throughout that decade, she traveled the country and world as a member of the USO.

On Aug. 9, 1945, Berkowitz and her troupe performed at the former Moore General Hospital in Swannanoa. Photographs from the collection also show the group exploring parts of Asheville, including downtown and the Grove Park Inn. On Aug. 14, 1945 — the troupe’s final day in the city — The Asheville Citizen’s headline read: “Tokyo says Japs to accept surrender terms; Second World War over if broadcast is true; no allied confirmation likely before 9 a.m.” The following day’s headline confirmed the news.

Capps’ collection totals more than 1,000 images. Along with her Instagram account, she is currently considering writing a book about the series. For Howard, the Berkowitz photographs speak to the hidden treasures that too often are ignored. “People might have an archive in their attic or basement,” he says. For folks who do, he encourages digitizing their personal histories. “It’s part of our collective cultural memory that we all share,” he says. 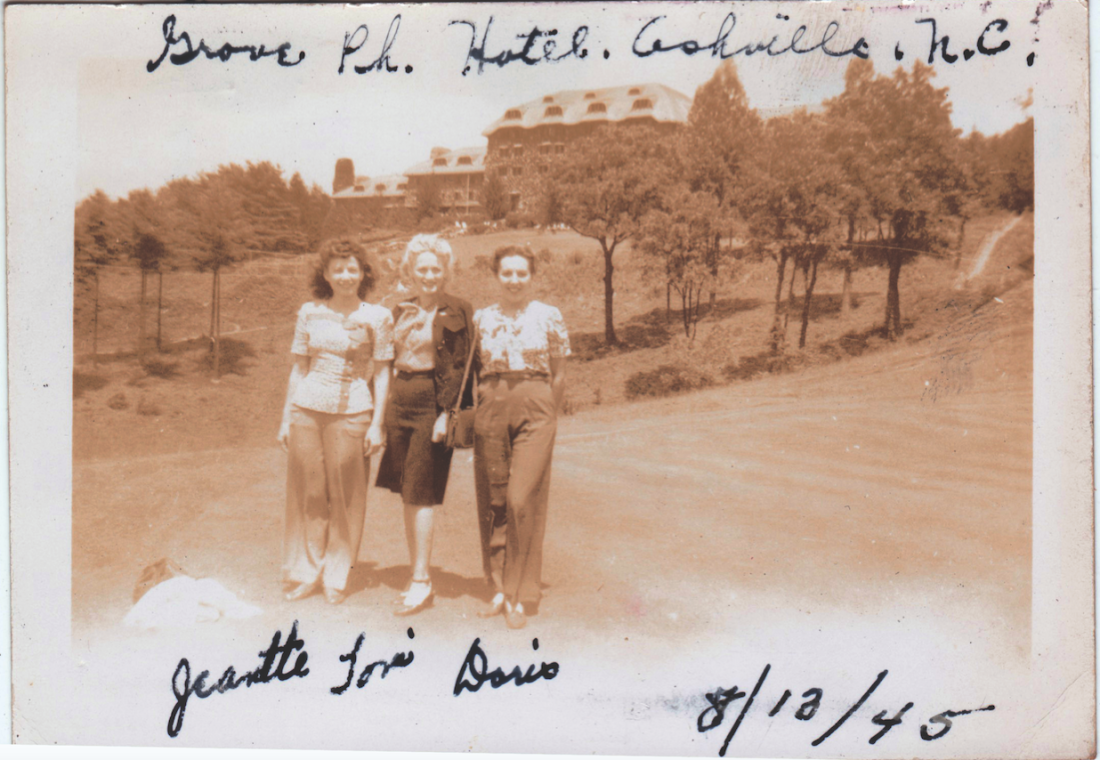 ON THE GREEN: Members of Berkowitz’s USO troupe pose on the golf course below the Grove Park Inn. Photo courtesy of Capps 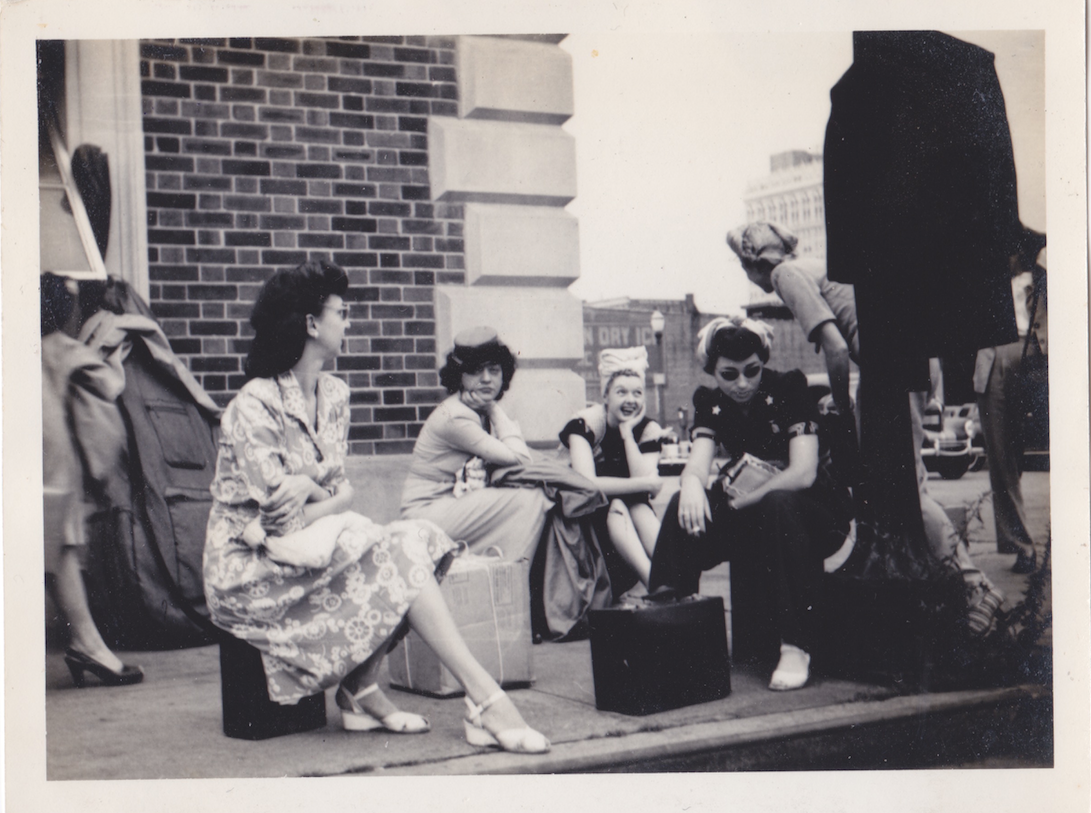 STREET STYLE: Berkowitz snaps a photo of her USO troupe on a sidewalk in downtown Asheville. Photo courtesy of Capps 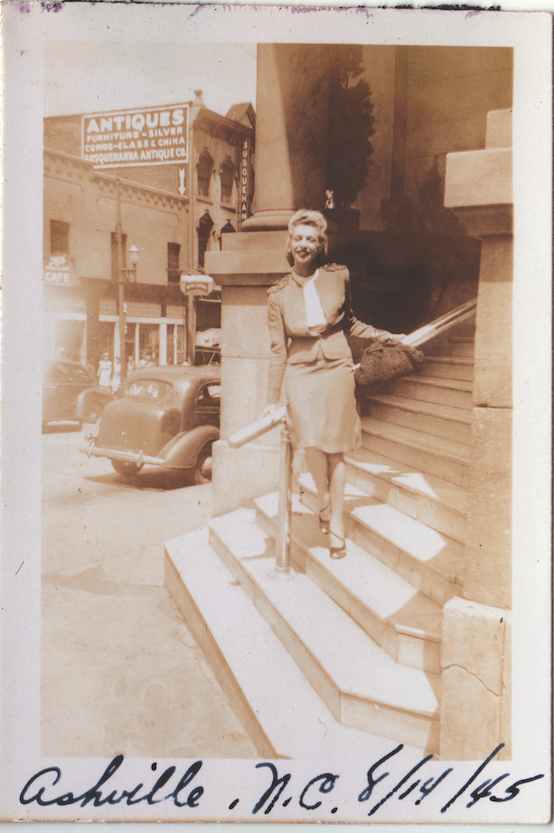 AT THE LANGREN: Berkowitz stands on the steps of the Langren Hotel in downtown Asheville. The hotel opened on July 4, 1912. It was razed in 1964. Today the site is home to the AC Hotel Asheville Downtown. Photo courtesy of Capps

Leave a Reply to WP Ashevillian ×