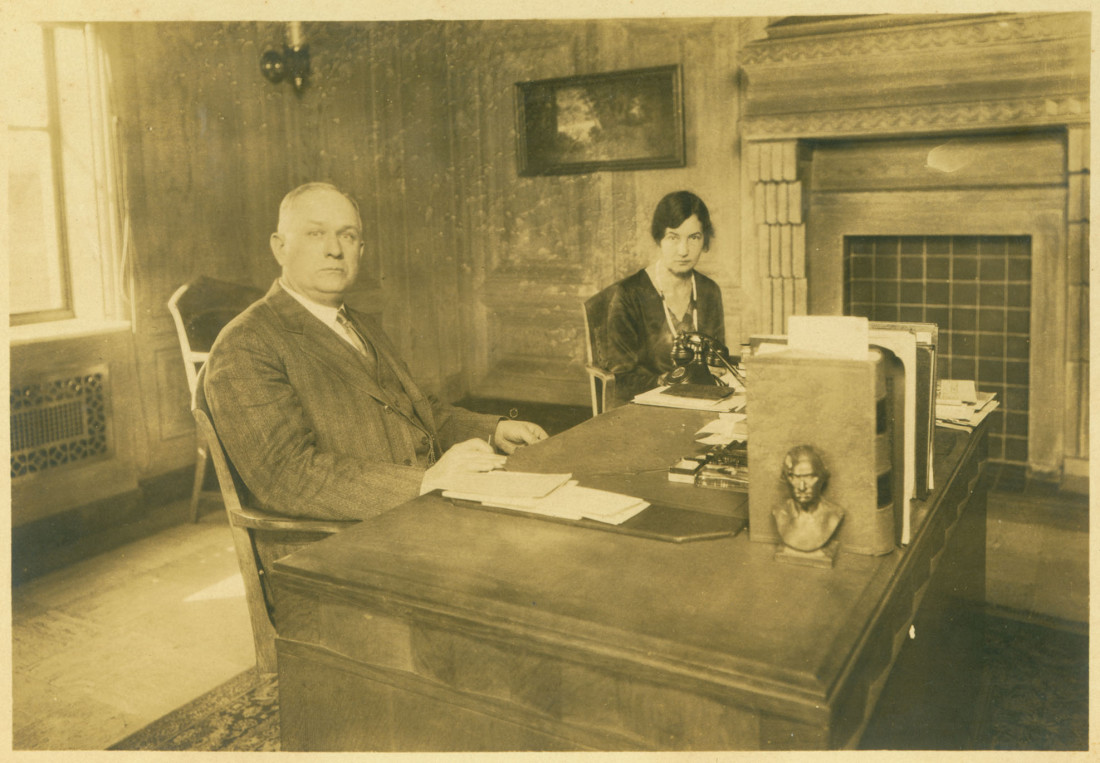 TRAGIC FIGURE: Two-term Asheville Mayor Gallatin Roberts is shown in his City Hall office (which would recently have been completed) around 1930. The woman shown in the photo is believed to be his secretary from that period, Mrs. Glen B. Morris. On Feb. 25, 1931, four days after his indictment by a grand jury on corruption charges related to mismanagement of city funds, Gallatin committed suicide. Photo courtesy of the North Carolina Collection, Pack Memorial Public Library