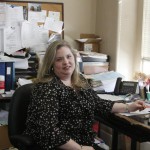 Bipartisan’s not a new word: Former Buncombe County Republican chair Robin Wilson Ramsey advocates for grass-roots efforts and notes her party — the minority in the N.C. General Assembly since post-Civil War days — knows “how it is to be on the back row, and we will govern accordingly.” photos by Jonathan Welch 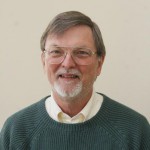 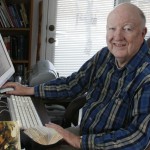 Organizational strength: Buncombe Republican Patrick Killough says he’d like to see something done at the state level to protect precinct boundaries. "[Despite] never moving when we lived in Swannanoa, [my wife and I have] lived in three different precincts," he recalls.

On Jan. 26, Republican majorities will be seated in both houses of the North Carolina General Assembly for the first time since 1898.

The Republican power surge comes at a time when both major parties are seeing their shares of the registered voter pool shrink: Unaffiliated voters now account for almost a quarter of the state’s electorate. In Buncombe County, the unaffiliated slice of the pie has swelled from about 16 percent to 29 percent over the past decade, actually surpassing the Grand Old Party’s numbers during the past two years.

How do these trends affect the Buncombe County GOP — and what do local Republicans expect from the new political landscape in Raleigh? Here’s what party veterans George Keller, Robin Wilson Ramsey (both former local GOP chairs) and Patrick Killough (former Swannanoa precinct chair) have to say.

At last, a chance to be heard

"We have felt we had practically no voice in the government of North Carolina for many, many years," says Keller, immediately warming to the subject. "The rules of the N.C. House and Senate are such that the minority party is effectively … expected to sit quietly." Republicans, he says, could not move bills out of committee because the Democrats controlled the votes.

A retired physicist who lives in downtown Asheville, Keller served as local party chair from 2005 to ’07, along with stints as vice chair and secretary. He currently chairs the Buncombe County Republican Men's Club.

One immediate change Keller hopes to see the new majority in Raleigh tackle is instituting photo identification of voters at the polls. “You just get this feeling — how many dead people are voting?" he explains. Another is establishing a cleaner redistricting model that avoids breaking up precincts. "It's embarrassing to look at the division of this state," he observes. "I'm accused of being an optimist; I would hope they would come up with a much more sensible plan."

Ramsey, who grew up in West Asheville and now lives in Fairview with husband Nathan (former chair of the Buncombe County Board of Commissioners), is a strong proponent of grass-roots involvement. Stressing that she’s more interested in party function than in specific policy issues, she laughs out loud at the mention of bipartisanship in the new Legislature.

"It's funny," says Ramsey. "Before November, you never heard the word bipartisan. And now that's all you hear. … I wish that the Democrats had been more bipartisan in the past: They would not listen to a thing we had to say. And I think the votes across the state show that — and therefore, we have a majority." Ramsey adds, however, "I think, overall, we understand how it is to be on the back row, and we will govern accordingly."

For Keller, meanwhile, the mere mention of bipartisanship brings to mind an experience he and his wife, Alice, had with the Asheville-Buncombe VISION project some years back, when participants were asked to look for areas of agreement, however small. "Then you've discovered that you actually agree on something," notes Keller, adding, "Go work there!"

But in politics, he continues, "This is ‘Big D,’ and this is ‘Big R,’ and [instead of focusing on] where we actually agree, we spend all of our time in these big camps. People who are elected to office, and our present party system, are not especially well set up to find areas of overlapping interest — and that's an understatement."

Killough, a firm believer that the party’s strength lies in organization, would like to see something done at the state level to protect precinct boundaries. "[Despite] never moving when we lived in Swannanoa, we lived in three different precincts," he recalls.

A retired diplomat who says he spent 30 years being studiously nonpartisan, Killough and wife, Mary, chose to register as Republicans when they settled in Black Mountain. And when they found only two other people seated in the two rows of chairs allocated for their precinct at their first county convention, they dove into precinct organizing.

Regarding bipartisanship, Killough seems to have created his own brand. "I describe myself as a moderate Aristotelean in politics," he says wryly. "If the Lord revealed to me tonight that I had to be a Democrat or a Libertarian — sure, I could do that!"

The local GOP, notes Keller, had a challenging time en route to the recent election, including several changes in leadership during the past couple of years. And the membership, he asserts, is perhaps too stable. "What you want are young people with a whole bunch of time … willing to work on getting the people out to vote."

Despite what the website shows, there is currently no local Young Republicans chapter or college club, he points out, and a children's club folded after the organizer moved away. But there are the continuing standbys: the men's club and two women's clubs (Buncombe County and Blue Ridge). There's also an Action Club that Keller says includes some Democrats.

"Republicans have way more diversity under the big tent than most people believe," he asserts. "It seems to me that the values Republicans hold dear — smaller government, less intrusive government — are becoming values that tea party people, for example, talk about."

Keller thinks the growing number of independent voters is linked to the “Motor Voter Act,” which enables new residents, in particular, to register to vote when they get their driver's license. "Typically, they don't know much about N.C. Democrats and Republicans, so they register [unaffiliated]," he surmises.

For Ramsey, however, the current trend doesn't fundamentally affect what she sees as the formula for Republicans to win elections locally. "A Republican candidate must win rural and suburban precincts by a fairly large margin," she maintains, "and then minimize their losses inside the city of Asheville and two of the precincts in the town of Black Mountain, where we don't traditionally do as well."

Ramsey cites the 2004 election — the only year she remembers when work for presidential, congressional, state and local candidates was centralized at a single headquarters — as a highlight for local party organization. "We didn't have anybody come in from outside to tell us what to do," she explains.

As for Chad Nesbitt’s recent decision not to seek re-election as local party chair in March, Ramsey observes, "It's a tough job being chairman." Whoever tackles it next, she adds, "needs to know Buncombe County and its citizens — someone who's actively worked in the party and understands why we have the rules we have. Someone who can raise money." Ramsey mentions former Vice Chair Chris Eck and recent county school board candidate Henry Mitchell as potential candidates.

Killough, who’s been less active in the party since moving to the Highland Farms Retirement Community in Black Mountain, remains a firm advocate of precincts as the key to party success, both locally and beyond.

"I don't think people realize that most of your resolutions that go into national party planks … start at the local level," he points out. "So if you get a handful of activists at the county level, they can get their ideas into the national platform."

Ultimately, Keller sees the local party as having two big missions. First: "Do everything we can to help Republicans get elected. To a great extent, that is trying to get out the vote." Second: "Ensure fair, accurate, reliable, safe elections," which means finding enough Republican workers for the polls and ensuring that they’re properly trained.

As for the 2011 contests, "We're already looking for candidates who would be willing to soldier up."

To learn more about the Buncombe County Republican Party, go to buncombegop.org.

— Freelance reporter Nelda Holder can be reached at nfholder@gmail.com.