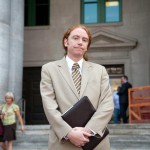 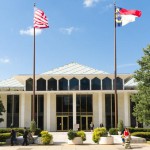 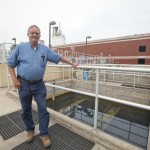 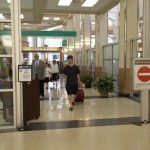 Relations between Raleigh and the city of Asheville are strained, to say the least.

“Our relationship, historically, with our local delegation has been very open,” notes Asheville City Council member Gordon Smith. “What's changed with this session is seeing bills that don't have consensus from the local delegation and seeing legislation move forward without any consultation with those it affects."

At the center of the storm stands freshman Republican Rep. Tim Moffitt, who has introduced or backed all of the most controversial bills. Moffitt, however, has shrugged off the controversy, maintaining, for example, that the bill seizing the city’s water system was merely intended to start a discussion after Council raised water rates, mostly for commercial and industrial customers.

“The process, which seems to be people’s main frustration with me, is really a two-way street," Moffitt said earlier. "The city didn’t consider contacting me before raising rates on businesses or residents. I didn’t complain about that.”

Moffitt says he didn't originally file it as a study bill simply because he was rushing to get it in before the filing deadline (see “An Asset of the People?” June 7 Xpress).

In response to the clamor over that bill, notes Smith, Moffitt has begun notifying Council members either the day he submits a bill or the night before. A May 26 email, for example, informed them that he was changing his water-system proposal to a study bill rather than an immediate mandate.

“I recognize that I placed many of you in a very uncomfortable situation regarding not being inclusive on this and other matters,” Moffitt wrote. “However, it is a two-way street. Although many of you have complained publicly about my actions, I have not drawn yours into question either publicly or privately. Regardless, I will continue to strive to work with you on legislation relative to Asheville and on other topics as well when appropriate.”

Vice Mayor Brownie Newman, who has traveled to Raleigh to speak with state legislators, says he’s seen more interaction with Moffitt than before.

In a June 8 email about the latest version of his bill to hand off the Asheville Regional Airport to an independent authority, Moffitt told Council members: “It is my hope that the language contained therein accommodates most of the concerns vocalized, although not all. Your comments and/or thoughts would be appreciated, as always.”

But Newman, who serves on the current Airport Authority board, says the revised bill “doesn't really address our concerns,” pointing out that it would still reduce the city's representation on the Airport Authority and require Asheville to hand over the property within 90 days of the bill's passage.

The vice mayor says he understands the bills repealing involuntary annexations — prohibiting the practice has been a Republican goal for years — but considers the others beyond the pale.

“Even with the things that were done around the water system [in 2005, when Sullivan Acts II and III were passed], there was never a bill where the legislators said they would transfer ownership of the entire system,” Newman notes. “That's outrageous, on a level that none of the debates we've had in the community have been. I'm sure the county commissioners feel similarly about the state mandating a change to the way local elections have been held for more than 200 years.”

“I think there's an uptick in conversation between individual Council members and Rep. Moffitt,” says Smith. “Raleigh has a lot of control; they use it every day. We're a ‘Mother May I?’ state. Asheville has been in a particularly hard situation for some time: We have the Sullivan Acts [which restrict the way the city can run its water system]; the occupancy tax, well below the state average, doesn't go to the general fund, and it's different from how other municipalities are treated.”

The city's new approach may be bearing some fruit: Democratic Reps. Susan Fisher and Patsy Keever subsequently withdrew their co-sponsorship of the airport bill. But at the end of the day, the power remains in the hands of the state.

And if the city's lobbying efforts couldn’t derail the water and airport bills, a packed schedule at the end of the legislative session has at least temporarily brought them to a halt. Both bills remain in committee and may come back up during the General Assembly's short session next spring.

“The fight for home rule is on”

“Asheville's not the only district where repeals of annexations — even those upheld by the court — have been introduced,” notes Bluestein of the School of Government. “It's a pervasive aspect of the relationship. I can't give you any particular numbers, but it's safe to say most of the local bills are requests of the local delegation, but there's no legal limitation to the Legislature doing that. But it's unusual to do it without a local request.”

However, she continues, “Folks elected from that constituency may feel they have a mandate to do something different. That's obviously what's happening with annexation: Legislators feel they're giving voice to those folks.”

And while local bills are generally expected to have the backing of the entire local delegation before legislative action will be taken (something even the controversial Sullivan Acts had), Bluestein stresses that this isn’t a legal requirement.

“There's plenty of cases, including within the Democratic-controlled body, when the delegation didn't have consensus and one member pushed it forward anyway,” she says. “But it's unusual.”

In the early 20th century, notes Bluestein, the General Assembly went even further, sacking entire city councils, appointing new ones and selling off local-government property. “Here, there's no limitations on the state government's authority to really micromanage, if you will, at the local level.”

Should there be? Emmet Carney, chair of the Buncombe County Democratic Party, thinks the time has come to push for increased independence from state government.

“The fight for home rule is on,” he declares, adding, “I think North Carolinians would universally favor that.” And if the Democrats regained control of the General Assembly, he continues, “My position would not change. … But I'm not an elected official.”

Every day, says Carney, he hears near-universal condemnation of the local bills passed by the General Assembly.

“What we have been seeing lately is a concerted effort to centralize our power [in] Raleigh,” Carney maintains. “We have as much right to self-determination as anyone else in America does. We did not forfeit that right just by Mr. Moffitt being elected. He didn't campaign on these ideas, because you couldn't win with these ideas anywhere in America. These views are anathema to Buncombe County residents.”

Smith sounds a similar note, pointing to the revisions to the water-system bill.

“I think Rep. Moffitt has been chastened by the electorate,” says Smith. “All points on the political spectrum reject this autocratic way of doing things. What remains to be seen is whether this is window dressing or if he intends to become a full partner. I think Republicans in Raleigh have overreached with this approach of forcing local bills. We've been seeing government forced on the people rather than of the people.”

Not all area residents agree with Carney and Smith, says Henry Mitchell, chair of the Buncombe County Republican Party.

“I'm sure [Moffitt is] doing what he thinks best, and I'm sure he's got a kitchen cabinet advising him on this,” Mitchell observes. “He's seen how the water system's run over the years, for example, and thinks it could be more efficient. I think he should get input at some point, maybe be a little more proactive in the community. But I know the party, and local Republicans support him. It's tricky; you can't please everyone. And sometimes, if you try to get input from everybody, you just end up tying the system up even more.”

“I'm sure it's going to irritate the Democrats, but in the GOP it's felt like he's doing the job we sent him to Raleigh to do,” Mitchell adds. “I think he's representing local interests on stuff that's been on the burner for a while and trying to make it better for the citizens.”

Still, Mitchell does say he believes more local control is needed, though he’s not sure what’s the best way to achieve it.

Moffitt, meanwhile, did not respond to requests for comment for this article, but he has dismissed the opposition to his legislation as "a handful of people in the city who are active about everything that comes out of Raleigh."

59 thoughts on “Ruled from Raleigh?”