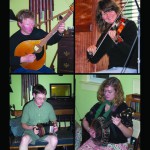 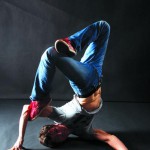 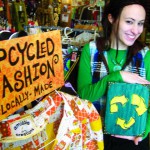 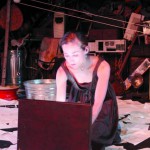 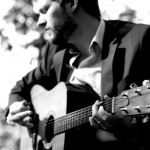 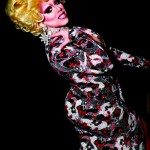 Must be the luck o' the Irish — you get live music from The Wooly Jumpers (featuring members of the Red Wellies) as well as players from the Irish Session. Says the White Horse, "Food will be served and some of the beer may even be green!  Dancing of jigs (or any kind of dancing, for that matter) is encouraged." Thursday, March 17, 7 p.m. $8. whitehorseblackmountain.com. Breakin’ for free at Stephens Lee

Local b-boy educator Joseph Adams leads free workshops on "the art otherwise known as breakdancing." B-boys and b-girls of all ages and abilities can join the weekly open circles, instruction and guidance at the Stephens-Lee Center. Monday nights, 6:30-7:45 p.m. Wear sneakers and activewear, children under age 16 should be accompanied by a parent. Bring an ID. Fashion show at The Circle Part myopic, Appalachian ballad, part soaring biblical psalm, John Crutchfield’s Ruth is a mesmerizing retelling of an Old Testament story. Widow Ruth has to navigate her way back into daily routine, though her bruised heart has little interest. An eccentric cast of characters guide her through her grief in a lyrical stage production. The show runs at the Magnetic Field Thursday, March 17-Saturday, March 19 at 7:30 p.m. with 10 p.m. late shows on Friday and Saturday. $12/$14. themagneticfield.com. Three performers for three bucks — that’s what’s happening at BoBo Gallery on Thursday, March 17 at 8:30 p.m. Night’s Bright Colors is the indie-pop band of composer/performer Jason Smith who recorded most of the band’s catalog on his own (he’s joined on stage by a band, which includes James Richards). Richards is a local DJ and musician, performing in collaborations and solo. Folk singer/songwriter Utah Green most recently recorded the sparse, guitar-and-harmonica-drivin ForTune. bobogallery.com. Watch live with the stars: Mariah, Alexis Mateo, India Ferrah, Yara Sofia and N.C.'s own Stacy Layne Matthews, as they join you in a viewing of RuPaul's Drag Race live at Scandals Nightclub! But it gets better … after the show, the stars perform live! Doors at 8 p.m., RuPaul’s Drag Race viewing at 10 p.m. and drag show at 11 p.m.  Monday, March 21.$12/$15. Scandal’s Nightclub, 11 Grove St. scandalsnightclub.com or 505-1612.