The nonprofit Preserving a Picturesque America hosts a benefit art sale and exhibition that reinterprets scenes from the historic Buncombe Turnpike.

Local photographer Lauren Merrell discusses her latest project and its impact on her life and those of others.

Western North Carolina is grappling with a controversial  part of its history: monuments erected in commemoration of Confederate figures. In May, after months of debate and consideration by a specially appointed task force, Asheville began removing the Vance Monument, an obelisk honoring the late Confederate military officer and former Gov. Zebulon Baird Vance. And in […] 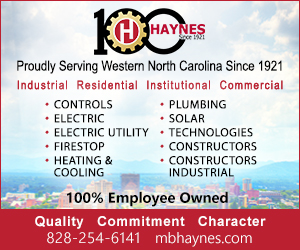 The independent alliance of artists broadly define the medium of “the print” to encompass a wide range of processes and content, using creative approaches both traditional and experimental.

The Madison County native discusses his unusual path to the paintbrush and his artistic philosophy.

Black Mountain Center for the Arts continues a long-running tradition while the Madison County Arts Council starts a new one.

The Solarize rate of $2.45 per watt of electricity generation is roughly 9% cheaper than the statewide average of $2.67 per watt listed by EnergySage, an industry website. The program, spearheaded by the nonprofit Blue Horizons Project, is able to offer the discount through bulk purchasing of solar equipment for Buncombe County residents.

Local artists and arts leaders discuss the state of racial justice in the creative community, one year after George Floyd’s murder and the Black Lives Matter protests.

There are plenty of free virtual and in-person exhibits and educational opportunities in and around Asheville. Poets and visual artists are also being called to submit works for a pair of contests.

Local arts leaders in various mediums identify up-and-coming or underseen peers that readers should be on the lookout for in 2021.

Call to artists for public art project extended to July 7

Abolitionists award $125,000 to documentary filmmakers to end police and prisons

Q&A with Erica Abrams Locklear, professor of English at UNCA

Q&A with Erica Abrams Locklear, professor of English at UNCA