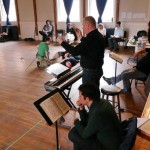 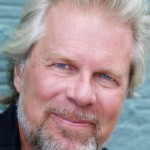 Director David Malis admits that “Don Giovanni is not an attractive human being,” but says he plans to focus on the more humanizing characteristics of the nefarious seducer. Photo courtesy of ALO 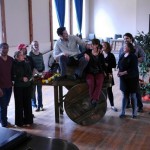 When David Malis was invited to direct Asheville Lyric Opera’s season opener and 15th anniversary production, Don Giovanni, he was determined to accept. So determined, in fact, that he made arrangements to take leave from the University of Arkansas — where he is a voice professor and director of opera— and promptly headed east The curtain will open on the two-act opera on Friday, April 4.

On his 14-hour drive to Asheville, Malis had plenty of time to reflect on his directorial objectives.

“There are a lot of famous European directors who shock the audience for publicity,” Malis says. And in a production like Don Giovanni, the story of a nefarious seducer based on the legendary Don Juan, there is ample opportunity to do just that. Instead, Malis’ intention is to focus on humanizing the characters. “Don Giovanni is not an attractive human being, but he truly believes in what he says and wants the women he pursues to benefit from what he has to offer them,” Malis says. “He’s unrepentant until the end because he doesn’t see anything to repent about.”

Seemingly the ultimate narcissist, Don Giovanni regularly clashes with the cast of characters. “His right-hand man is torn; he wants to make a living but almost gets killed calling his boss out,” Malis says. “Donna Elvira is the woman who steps in. She’s madly in love with Don Giovanni and wants him to change his ways. She’s the fly in the ointment; partly because of her, he never consummates a relationship.”

“Giovanni takes advantage of all of their vulnerabilities,” adds David Starkey, general and artistic director of ALO. “He appears powerful, but his complex weakness is he has hardened himself to the kindness of man.”

The gripping and at times comic story is intensified by music composed by Wolfgang Amadeus Mozart. Starkey was especially excited about bringing Mozart to the stage. “Don Giovanni requires a unique balance,” says Starkey. Mozart is known for his ensemble-based compositions, “And here, he’s weaving six singers together at the same time but all with an individual opinion or position.”

ALO presented Don Giovanni in 2007, but Starkey guarantees a fresh interpretation. “We designed a set that will fill all corners of the stage, and yet new places will be revealed where the audience thinks there’s no room left.”

At the first rehearsal, Malis intends to explore who the actors are as people and give them the best opportunity to relate to each other. “The drama is found within the words, the way people relate on stage,” says Malis. “It’s created anew each time you do it.”

“Audiences thrive on intimate experiences,” adds Starkey. “The Diana Wortham Theatre is like opera in your living room.”

The production will have the added weight and importance of being ALO’s 15th anniversary celebration. Malis credits ALO’s longevity and success to Starkey. The two first worked together when Malis performed with the ALO in its inaugural season as a singer and in subsequent productions as both a singer and director.

“When I arrived in Asheville 18 years ago,” Starkey says, “it was just growing into the vibrant, creative place we call downtown.”

Just as Asheville has changed, ALO hopes to change along with it. The anniversary production marks the launch of the opera company’s “Grand Vision,” with the goal of cultivating deeper community support. “In the life cycle of a performing arts organization, you re-evaluate every five years,” Starkey says. “We took the time to examine ourselves and brought in consultants at the local and national level to look at every aspect of the company starting two or three years ago.”

The vision includes a summer arts program, administrative internships and special preview dress rehearsals to give students access to a professional opera. ALO also hopes to play a major role in the economic development of Asheville as a performing arts destination, says Starkey.

“Asheville’s lucky to have this; they don’t have to fly to New York or Chicago to see great opera,” Malis says. And Malis knows his opera. The director has performed at The Metropolitan Opera, Teatro Colòn in Buenos Aires, Argentina, and the Thêàtre des Champs-Elysées in Paris. He is also a past winner of the prestigious Cardiff Singer of the World Competition.

Toni Sherwood is an award-winning filmmaker who enjoys writing articles, screenplays, and fiction. She appreciates the dog-friendly, artistic community of Asheville.
View all posts by Toni Sherwood →