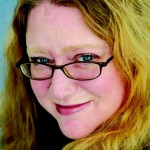 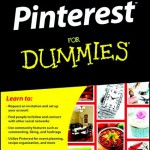 Asheville-based blogger Kelby Carr has mastered — and helped shape — the art of leveraging social media. On Twitter, where her handle is @typeamom, she’s got more than 30,000 followers, making her the area’s most-popular tweeter. Her online projects fostered her thriving Type-A Parenting Conference, a content-rich blogfest that was held here before relocating to Charlotte, where it convenes again on June 22.

Carr’s publisher, John Wiley & Sons, rented a sizable base camp of show space, but it wasn’t quite enough to contain her fan base. As her book-signing kicked off, a long row of readers snaked around neighboring booths. They’d come to have her sign Pinterest for Dummies, her primer on the “mesmerizing and beautiful social network driven by visual content,” as she puts it. Wiley will publish her second book, Pinterest Marketing for Dummies, in July.

As Carr was signing away, a man sidled up to her table. It was Steve Smith, Wiley’s CEO. His eyes widened as Carr performed the company’s first ever e-book signing, using a stylus and an iPad.

Smith cupped a hand over his mouth, and mock whispered, “So, what is Pinterest?” It was a telling little moment at the festival, where many publishers and readers were pondering the evolution of content and how it’s accessed.

Xpress caught up with Carr at the festival and here in the aftermath. Below are excerpts from our chats with her.

Xpress: Given the extent of your other commitments — the fam, the online work, Type-A — how did you ever find the time to crank out a book?
Carr: That was a huge challenge, but a couple of things helped. I did an overnight at a local hotel to have a solid stretch to focus only on writing and got a great deal done. My husband was a huge help, watching the kids when my deadlines were close so I could really crank it out. I am not going to lie, though. Between writing books and planning my conference, I feel like I did a year's worth of work already in 2012.

Book festivals like this one have witnessed no shortage of anxiety about the digital age. There was the fear that e-books would gut the “real books” industry, but that seems to be passing. What’s it like for you to first make a career online and then shift to a print work?
Actually, my background is 15 years in print; I was a newspaper reporter and editor before going all online about six years ago. I feel the same about books as I repeatedly said to my bosses in newspapers: “The content is the product, not the medium.” The need for information, entertainment and all the things that go into the written word and books is not going anywhere. I actually read almost exclusively in e-book format, but I know many who still prefer print. I couldn't care less which version of my books people buy, honestly, as long as they buy the books and like them.

At a BookExpo panel on how best to use Pinterest to sell books and build communities around them, the speakers emphasized that it’s still a relatively new and growing platform, and one went so far as to say that we don’t really know what it’s going to be by the time it peaks. Did you feel like you were writing about a moving target?
The new-ish — it was founded in 2010 but really not well known until recently — and evolving nature of Pinterest did make it challenging. Fortunately, the core of the site and what works well and doesn't hasn't changed a bit since I joined. I don't think people should become lazy about learning its nuances and diving in just because it is new, however. Twitter and Facebook were once new, and the savvy users grew with the site instead of waiting for it to peak to see what happens.

Got any advice for book writers in the online era?
The online era, I believe, makes it easier to market and promote a book. In the past, authors and publishers had to rely on paid, traditional advertising. Now, authors can be social media presences on their own, and they can use blogs and social networks to build a readership. I also wouldn't get hung up on the print-versus-e-book debate. If people are reading your book, that is a great thing.

— Asheville-based writer Jon Elliston can be reached at jonelliston@gmail.com.