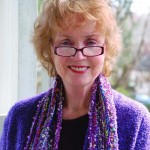 Visiting hours: Guests on Earth, the new novel by N.C. author Lee Smith, is the selection for the Local Matters Book Club, which meets Monday, Oct. 21, 7 p.m. at Malaprop’s. 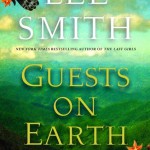 The Fitzgeralds (F. Scott and Zelda) have been in the collective consciousness a lot lately. There was the Baz Luhrmann remake of The Great Gatsby this spring; the May publication of both Z: A Novel of Zelda Fitzgerald and Call Me Zelda; and recently NPR’s “Morning Edition” ran a story on the Fitzgerald’s “dark chapter in Asheville.”

But for North Carolina author Lee Smith’s new novel, Guests on Earth — in which both Zelda and Asheville feature heavily — the timing was much more personal.

Like Zelda, both Smith’s father and son were patients at Highland Hospital (a facility that treated mental illness) in the 1950s and late ’80s, respectively. “It’s been 65 years since Zelda died and 10 years since my son died,” she says. “For a long time, I couldn’t deal with the material, but I finally came to point where I wanted to write about it.”

It’s hard to talk about Guests (set in the ’30s and ’40s) and not talk about Zelda — her fictional persona, much like her real-life character, has a way of stealing the scene. “She has continued to be an iconic figure,” says Smith. “She embodied so much of the American dream. She was beautiful, she was popular, she was fortunate.” The author believes that Scott and Zelda were the first celebrity couple; the bright fastness of their lives played out in the society pages as well as in Scott’s fiction. But Zelda’s untimely end, in a fire at Highland Hospital, was no turn of fortune.

It is, however, the moment that Guests builds to. (No spoilers here: The novel begins with a real newspaper clipping about the blaze that claimed the lives of a number of patients.) But the story, both leading up to and then following that tragedy, belongs to narrator Evalina Toussaint, an eager-to-please misfit. She’s born in New Orleans to an exotic dancer and, after the loss of her mother, winds up convalescing at Highland Hospital.

In some ways, Evalina must be drawn from Smith’s late son. Like him, she’s a talented pianist. Her interest in music eventually takes her around the world as an accompanist to a renowned singer. But Evalina’s escape from Highland Hospital is short-lived and details of her life outside the sanitarium are few. “She didn’t know for a long time who her father was. Her mother was lovely but so mysterious,” says Smith. When, in the story, Evalina learned the truth of her origin, “It sent her into a tailspin.”

For that reason, Evalina feels most at home with other hospital residents because, says Smith, “She thinks she’s a monster in the old sense of the world. Not a regular person.”

Zelda, too, is cast as her own sort of species. She’s represented, at turns, by Southern belles and salamanders. “She looks different all the time,” says Evalina at one point. “She’ll look different the next time you see her.” Zelda shape-shifts through illness and relative wellness, through anger and joy, and through her various artistic endeavors, from writing and painting to choreographing dance programs.

Smith points out that Highland Hospital was “amazing for its time because it was one of the first places in our country that had art and theatrical programs.”

Dr. Carroll, a character in the novel, also advocated (in real life) for exercise and gardening as therapeutic programs. Along with recreation, the hospital also employed treatments such as rest therapy (which, Smith points out, sounds appealing even to those of sound mind) and shock therapy administered either by insulin injection or electricity.

Smith utilized the medical library at Duke University (to whom Highland Hospital was entrusted from 1939 through the ’80s) for her research on those treatments, mapping out the novel in advance to make sure “it wasn’t more than I could tackle.” She says that it was the sort of book where everything came together.

But as much as iconic figures like Zelda and Highland Hospital (the Montford property is now home to Genova Diagnostics) figure into Smith’s work, the author says that as an advocate for those with mental ailments, “I really wanted to show that very real lives could be lived with these illnesses.”

Mission accomplished: Evalina and Zelda, talented and complex, bring Guests to life. Says the author: “There’s such a connection between art and creativity and madness.”