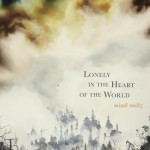 Big Ideas, Small Print: This week sees the launch of two local works — Mindy Meltz’s fantasy-fiction novel Lonely In the Heart of the World and the double-feature poetry and prose collection Far From the Centers of Ambition with Ted Pope’s Varve. 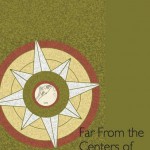 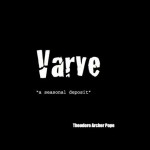 Just because there’s a princess, a witch and a guy called Dragon doesn’t necessarily mean it’s a fairy tale. Especially in the case of Lonely in the Heart of the World, a new novel by Mindi Meltz. “It’s being called fantasy, but I actually didn’t think of it as fantasy when I wrote it,” says Meltz. “I think of myself as writing literary fiction. I know it’s got a lot of magic in it and it’s set in this surreal dreamscape, but the primary purpose of it isn’t to escape into another world.”

For the princess, who is given the name Lonely by the wind, the primary purpose is to escape into the real world. Or, at least, to get away from the tower where she’s always lived, safe from harm or human connection. So, early in the book, Lonely leaves her tower and begins to search for the mysterious someone who she believes she’s meant to find. Meanwhile, half-human Dragon leaves the garden where, for nearly all of his life, he’s been sheltered by a group of goddesses.

The novel recalls a journey that Meltz took herself. “Ten years ago, I was looking for my soul mate,” she admits. “I had this idea of a princess getting tired of waiting in a tower and coming down and going off to look for a prince.”

She adds, “That’s why I think fairy tales and myths are cool. They can help us make meaning out of our lives.” Surprisingly, Meltz says she’s not well-read in fairy tales. Her first novella, which remains unpublished, was based on the myth of the selkies, or seal-people, from Icelandic, Irish and Scottish folklore. But what really fascinates her is dreams, especially the interpretation and symbolism of those nocturnal visions. That type of mysticism is palpable throughout the novel.

At more than 800 pages, Lonely is more of an epic than a story. Meltz’s writing process was a saga, too. A decade passed between the initial idea and the completed manuscript. The author says she spent a couple of years dedicated to getting the tale on the page. “When I get into a story, I really want to be there,” says Meltz. “I kind of fall in love with it.”

What proved challenging was not reaching the 800-page mark so much as finding a publisher willing to take on such a project. Meltz discovered Asheville-based independent press Logosophia Books, under the helm of Stephen Crimi. Crimi’s wife, Krys, provided calligraphy and illuminated letters for Lonely, and local artist Brian Mashburn created cover art. “Even though it’s a small press, it’s cool to work with people who are wise and kindred spirits,” says Meltz.

Mindi Meltz reads and signs Lonely in the Heart of the World at Malaprop’s on Friday, Oct. 11. 7 p.m. http://malaprops.com.

”The next step in evolution will be designed anyway”

Most books contain a story, and Ted Pope’s Varve is no exception. In fact, many stories are contained in his prose, poetry and drawings. But there’s the equally compelling story of how the book came about. Pope took part in Lenoir-Rhyne University’s 2008 “Spirit of Black Mountain College,” a celebration of the progressive liberal arts school, which operated between 1933 and 1957 at what is now Camp Rockmont.

When artists from that event were asked by Davidson, N.C.-based Lorimer Press to submit work for a literary collection, Pope sent in some of his journals. Editor Leslie Rindoks got in touch to see if one piece, “The Mystery of the Amygdala,” had been previously published. She recounts Pope’s response in the intro to Varve: “I don’t even know if this Amygdala thing has been written. Did I write it? Is it about a Caveman Brain? Seriously … sorry, I don’t remember anything I write … if it were not in my handwriting or in my computer, I wouldn’t believe half the shit I do.”

Varve, Pope’s collected writing, is a companion to Confluence, which includes work by a number of poets, writers, artists and essayists associated with Black Mountain College and the ’08 Lenoir-Rhyne observance of the school’s 75th anniversary. The two-volume set, Far from the Centers of Ambition, will be launched this week.

Though Pope seems slightly embarrassed about having his own book as part of the deal, he does like the way it came out. Most of his collected works appear in their hand-written, ripped-from-the-pages-of-his-journal form. Many pages contain sketches of aliens, trees, faces and flying saucers. Some pages were part of Pope’s ’08 Lenoir-Rhyne installation, “The Black Mountains of Mars.”

“i used to think people would make / themselves into indestructible machines. / but now i think biology will surpass it. the / next step in evolution will be / designed anyway,” he writes.

The poet’s work is powerful on the page and even more so when performed live, though he downplays that, too: “It’s not like I’d do a writing exercise and then go somewhere and inflict that on someone,” Pope says. “I try to take me out of it. If I had a bunch of poems that wanted to be read, I’d go read them.”

It’s an attitude to which literary vanguards like Black Mountain College alum Michael Rumaker (one of the artists to whom Pope dedicates Varve) might relate.

Pope was introduced to Black Mountain College by his wife, who gave him a book on the school. “I’m almost glad for my ignorance, because I’m not influenced by much,” he says. But these days, “I definitely feel embraced by that community.”