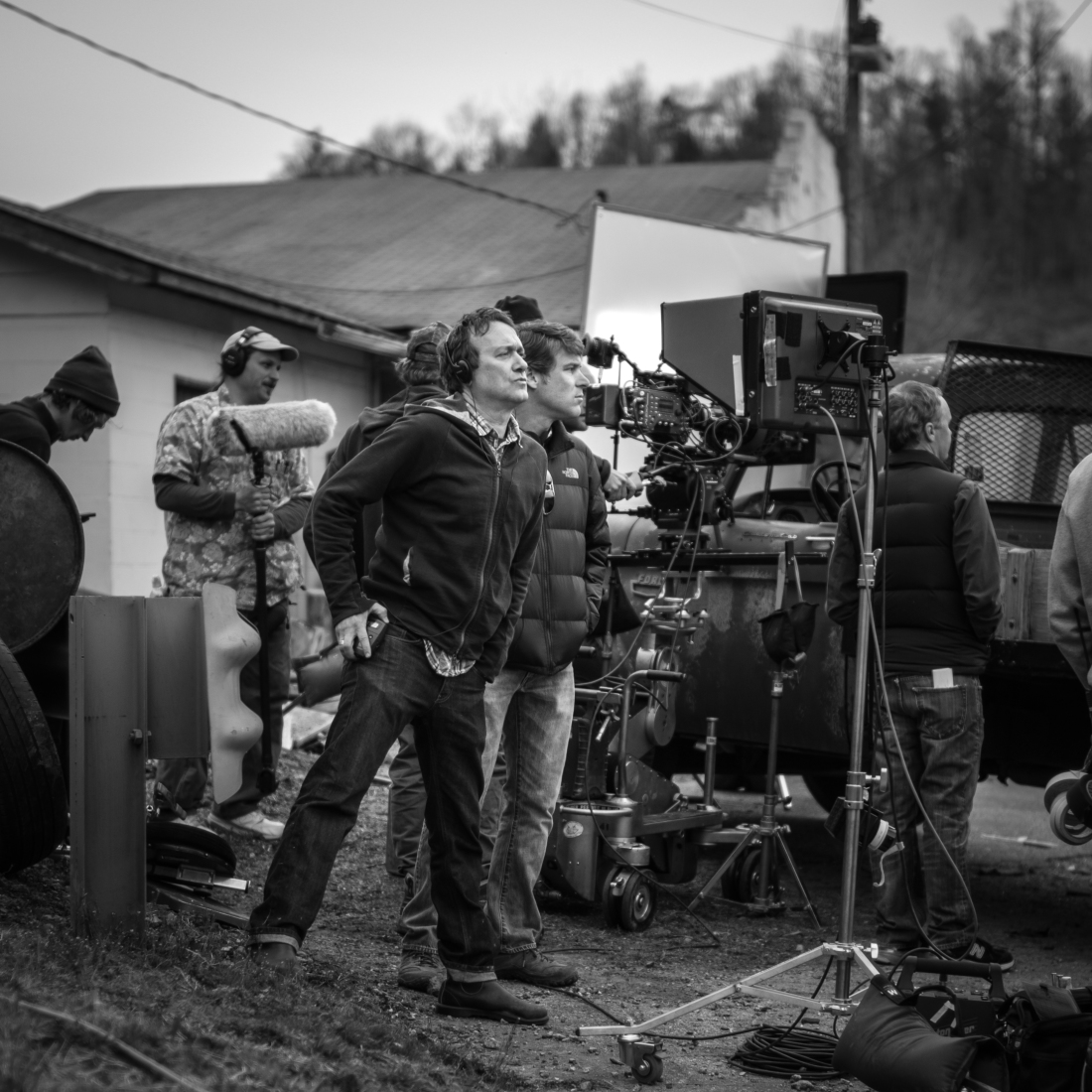 SHOOT AND SCORE: David Burris, front, makes his directorial debut with The World Made Straight. The North Carolina native says he was determined to shoot in WNC. “The type of atmosphere it creates for the actors and crew … to know you’re performing on the actual ground where the story took place — that’s immeasurable,” he says. Photo by Missy McLamb