“We have such a strong brewing culture here in Asheville, both professionally and on the amateur level. … We need to bring those groups together,” says Clevenger. “It’s going to be the first event of its kind here in Asheville, and in our opinion, it’s long overdue.”

To that end, Clevenger is hosting a wide range of experts with the goal of providing a direct link to high-level knowledge for anyone who brews.

“While we’ll serve beer as part of the event, the focus will be on brewer education,” says Clevenger. “This is not a traditional beer festival where people might feel like the goal is to try a bunch of beer in six hours.”

The day is built around presentations. Each presenter will be given about 45 minutes to speak on a topic of his choosing. Then, after everyone has presented, there will be a Q&A session with all attendees. Clevenger says since attendance will be limited, homebrewers should have a unique opportunity to pick the brains of the experts.

At the time of writing, the featured speakers include:

The cost to attend is $50 and about 400 tickets will be sold. The ticket price includes all-day admission, beer samples and a commemorative glass. Food will be available on site, but will not be included in the ticket price.

Clevenger says a portion of the proceeds will go to charity. “We’re working on supporting FEAST with this event,” he says. “They’re an educational group in Asheville committed to providing education and resources so people of all socioeconomic resource levels can cook, prepare and grow healthier foods for a better diet.”

Local matters at Just Brew It

Every year, Xpress has the honor of picking our favorite beer at the Just Brew It festival and honoring the brewer with a well-deserved highlight in the paper. (Just Brew It is another kind of homebrew event — one that’s all about sampling creative beers.)

This year, organizer Mark Hebbard and I decided the award would be a little more specific: On behalf of Asheville’s local alt-weekly, I would pick my favorite beer or cider brewed with at least one local (North Carolina-grown) ingredient.

Though the pool of contenders was smaller, it was as tough as every other year to pick a winner. In the end, brewer Mark Locklear pulled ahead of the pack with his white muscadine pale ale. Its aroma immediately brought to mind fresh, wild grape skins and the flavor was tart but pleasant — exactly like biting into the season’s first grapes.

“A lot of people complain about the ‘sugar bomb’ they get from a muscadine sweet wine,” says Locklear.  “[But since] the fermentation process in beer eats up most of the sugar, you are left with pure muscadine flavor without the sugar getting in the way.”

Locklear knows what he’s talking about, too. He grew up in a family of hobby winemakers, and his cousin now owns and runs Locklear Winery in Maxton, which makes a variety of styles, including some with muscadine grapes.

While you might expect a brewer with such a connection to focus on grapes, that’s not the case for Locklear. “I have always been adventurous with my brewing, and I love incorporating the various fruits and vegetables that I grew up with in my [recipes] … I grew up eating collards and once brewed a collard wit!”

To me, that doesn’t sound quite as appealing as the muscadine beer. Then again, I haven’t tried it yet. 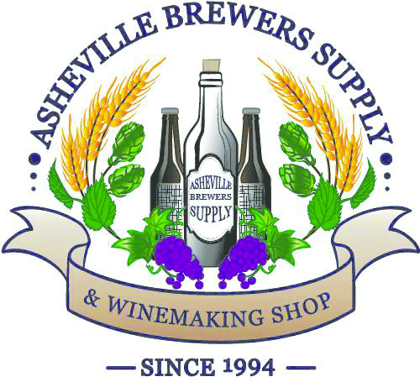