If you’ve been out to Sierra Nevada, you already know the brewery has set a high bar. It’s been called the Disney World, the Willy Wonka factory and the Biltmore Estate of beer. Still, based on the opening week, its new Taproom (also located at 100 Sierra Nevada Way) appears set to jump over that bar.

Sierra Nevada calls it a “showpiece for the brewery,” and it’s clear the space — which seats about 400 — will be a place to celebrate Sierra Nevada beer. Yet the Taproom also presents a menu that’s more than your average pub fare.

It all starts with a small 20-barrel pilot brewhouse that greets you when you walk in. (OK, it’s small by Sierra standards, as 20 barrels per batch is still twice the size of in-town breweries like Burial.) Adjacent to the bar, the brewers working on this copper-clad system will craft a variety of experimental beers — many of which will be exclusive to the restaurant.

These beers will account for some of the offerings flowing through the 23 taps. However, there will be brewery flagships — some served fresh from the tank — and seasonal releases pouring as well.

On the food side, the menu departs from what the brewery serves at the original taproom in Chico, Calif.

In both locations, the dishes are beer-friendly, and many feature beer as well. However, the brewery says it didn’t want to drag and drop the California menu in North Carolina.

So Sierra Nevada hired Chef Brian Hough, formerly of The Stable restaurant on Biltmore Estate. Hough embraced both the strong points of the kitchen and the area’s resources to create the Taproom’s menu.

For example, Hough relies heavily on the wood-fired oven. In addition to the expected wood-fired pizzas, his team also roasts everything from clams and pork to cauliflower and carrots.

The full menu shares some similarities to the Chico restaurant to be sure — after all, what pub could survive without a signature burger — but the Southern influence is definitely present in Mills River. It’s safe to say the pig cheeks, the duck Reuben and the fried chicken and doughnut sandwich are not served in the California Taproom.

The restaurant and pilot brewery are open now, and seating is first-come-first-served (no reservations). Hours are are 11 a.m.-9 p.m. Monday-Thursday, 11 a.m.-10 p.m. Friday-Saturday and noon-9 p.m. Sunday.

There’s also more to come around the corner. Outdoor dining, an organic produce garden and a live music venue are all scheduled to follow this summer.

Additionally, several breweries will release special beers for the organization in April — again with a portion of proceeds going to VHVWNC, of course.  Wicked Weed will release Pints for Patriots Pale on April 9, Asheville Brewing will release an American Farmhouse Wheat on April 16 and Hi-Wire and Twin Leaf will announce their beers and release dates soon.

While the organization focuses on helping veterans successfully reintegrate into society in a variety of ways, including providing affordable housing, the money raised in April will help support the final stages of construction and staffing at the new community center, slated to open in May. For more information, visit http://vhvwnc.org.

Wicked Weed’s Red Angel, the first beer up in a new four-beer series inspired by the brewery’s popular Black Angel, is already flying out the door. Described by the brewery as a “vibrant, blood-red sour ale,” it features 2.5 pounds of fresh raspberries per gallon and is aged in red wine barrels for nine months.

The beer went on presale on Feb. 28: 150 cases sold out in under one minute. However, the official release event at the Funkatorium (147 Coxe Avenue) will take place on Sunday, March 29, beginning at noon.

Again, the first 150 people are guaranteed Red Angel, but this time you can buy by the bottle or by case of six. So if more people buy bottles than cases, the brewery will have additional bottles to go around. The beer will also be on draft Saturday, March 28, and Sunday, March 29, at the Funkatorium.

Leave a Reply to Dusty × 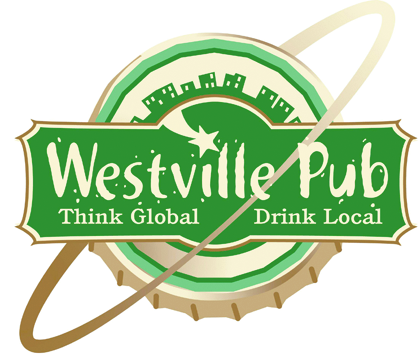