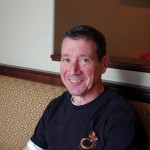 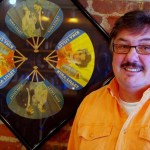 “You can’t just take. You have to give back,” says Bouchon owner Michael Baudouin of local restaurants charitable efforts — and how they help each other. 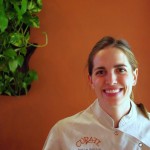 On a Wednesday night a few weeks before Christmas, dozens of local restaurateurs gathered at The Blackbird restaurant on Biltmore Avenue to exchange gift cards with each other. The collected cards were later distributed as Christmas presents to staff back at each chef or owner’s respective eatery.

You might wonder why, if you have a restaurant, wouldn’t you just give your own gift cards to your staff? Because that’s just not how it’s done in Asheville.

The gift-card exchange is an annual ritual organized by the Asheville Independent Restaurants group and is emblematic of the cooperative, rather than competitive, spirit found among restaurants in our town.

Founded nearly 11 years ago by a group of restaurateurs spearheaded by Bouchon owner Michel Baudouin, AIR was formed to foster cooperation among Asheville’s numerous eateries and to use the strength of numbers to help achieve business objectives, such as better pricing from vendors. “As a small business, it’s sometimes difficult to get certain things compared to larger businesses,” says Baudouin. Volume creates discounts and certain opportunities that as a small business you can’t have.” And when grouped together, Baudouin says he believes Asheville restaurants are “probably one of the top three largest employers in the county,” which gives them significant purchasing power.

The formation of AIR and the gift-card exchange are just two examples of the ways in which local restaurateurs work with each other. There is a much deeper and less formalized sense of community and cooperation here that ranges from sharing ingredients in a pinch to swapping staff and even recipes. In addition to Baudouin, Xpress talked to three other top chefs in town to find out more about the culture of cooperation that permeates Asheville’s restaurant scene.

“Who do you go to when you need to borrow an egg?” asks Molly Irani, co-owner of Chai Pani and MG Road. “Your neighbors! Well, it’s the same with the downtown restaurants. We have often run over to Early Girl or World Coffee when struck by a Sunday night milk or to-go container crisis, and it’s mutually supportive.”

In fact, the more you talk to restaurateurs in town, the more you realize how much neighborly borrowing goes on. Katie Button, chef at Cúrate, says she has loaned salt cod to Jacob Sessoms at Table and, in exchange, borrowed oysters from him for a photo shoot. Baudouin has given mussels to his neighbors, and Joe Scully of Chestnut says he stores large chunks of ice in his walk-in coolers that are then parceled out to bartenders around town.

One of the more interesting ways in which goods are shared is through food service suppliers. Button says that many of the restaurants share specific suppliers, so if one runs out of a certain ingredient, the chef can call the supplier, who will in turn find out if someone else in town has the item and then facilitate the exchange between restaurants.

Sometimes even entire kitchens are shared. Scully recounts that the flood that hit Biltmore Village in 2004 decimated his eatery, Corner Kitchen, a mere six months after it had opened. But he soon heard from a neighbor. “The people from the Double Tree and Dining Innovations who do all their catering got in touch with me and said, ‘Hey, is there anything we can do? If you have catering jobs, you can just use our kitchen,’” Scully says. “So I was able to make money in their kitchen without paying them anything. That’s the kind of stuff that happens in this town.”

It’s not only stuff that gets shared between restaurants; it’s staff too. Scully says, “We get prospective employees who come in and do a stage, which is a tryout, and they’ll be awesome but we won’t have a place for them. And I’ll tell them just put my name on your resume as a reference and go talk to this guy, this guy, this guy. And we keep the good cooks around.” He says that his restaurants have also benefited from this system. “My p.m. sous chef was basically given to me by Lobster Trap because they didn’t have a spot for him,” he says.

Button echoes this policy, saying that she had an applicant come through her restaurant who was overqualified for the position she was offering. A quick call to Duane Fernandes led to a position for the job seeker at Isa’s Bistro.

Sharing staff and supplies is one thing, but when it comes to that most valuable commodity in any business sector — ideas — you might think restaurateurs would play it close to the vest. Again, that’s just not the way it’s done in Asheville.

Scully says that he heeded the call to help Mike Healy conceptualize his restaurant space when he was preparing to open Lexington Avenue Brewery, and Baudouin likewise mentions working with Eric Scheffer to convert the formal Savoy Restaurant into the more casual Vinnie’s Neighborhood Italian restaurant that it is today.

Irani says, “With those we’ve become close with, we brainstorm ideas and will call friends and family in the biz to process challenges and ask for advice, and occasionally jump into each other’s kitchens to learn and share techniques. From what I gather, this is a uniquely supportive business community, and for the most part we all try to show up for each other instead of worry or focus on the competition element.”

Button exemplified this spirit recently in response to the stricter food service regulations put into place by the state of North Carolina known as hazard analysis and critical control points. It’s a system that requires extensive paperwork for certain processes, such as making your own charcuterie.

“It’s been a big change for a lot of the restaurants to try to meet the requirements,” she says. “It’s this monstrous thing that hasn’t been required in North Carolina before, but it is in other states. What we did is that we decided to say, ‘Look, we’re a community. Why should I create my own HACCP plan and then make everybody else reinvent the wheel when we’re doing the same things?’ So we invited all the other restaurants and went over what we’d done and just shared our files.”

In addition to sharing with each other, the restaurants in Asheville share with the community. Baudouin calls attention to the fact that at charity events in town where food is served, the eats are invariably supplied by small area restaurants because larger chains can’t make those decisions locally. “You can’t just take,” he says. “You have to give back.”

Button mentions the Downtown Welcome Table program. Run by the Haywood Street Congregation, the program provides free sit-down meals to anyone who wants them on Wednesday afternoons. Now there are plans for 12 local restaurants, from Fig to the French Broad Chocolate Lounge, to begin serving one meal a month through the program, which will bring a restaurant-quality dining experience to those who might not otherwise be able to experience one.

So what exactly makes Asheville such a cooperative city in which to run a restaurant? It might just be that famous mountain “vibe” that draws a particular kind of person to town. Or it might even be something more concrete. Scully says, “There are a lot of dang restaurants here, and there could be many possibilities for people not being as nice as they should, but I think everyone realizes that just doesn’t work. That’s the old days. It’s just easier to be friends with people.”

View all posts by Michael Franco →