Chef Jason Roy of Lexington Avenue Brewery knows biscuits are more delicious than their side-dish status suggests. That's why he's starting a new restaurant, Biscuit Head Café and Provisions, where cat-heads get the glory they deserve.

Roy's concept is all about elevating the down-home staple. “Growing up in Georgia, I'd always go to a biscuit shop in the morning before school,” he says. “Just go in and get a biscuit almost everywhere in Georgia — in little gas stations, just a mom-and-pop kind of thing.”

Biscuit Head will riff on the traditional biscuit counter. “We're going to do all kinds of different crazy jams: ham marmalade, bacon marmalade, and just weird, off-the-wall stuff that seems good at the time,” Roy says. “We'll have a jam bar and jelly bar and syrup bar, so if you want to order a single biscuit and load it up with whatever you want, it will be out there in the dining area.”

The first draft of the menu includes jams such as blueberry-ginger, banana-guava, roasted red pepper and habanero-peach. Butter gets an update, too, with flavors such as caramel and sea salt, honey-roasted garlic and mango.

Decked-out biscuit sandwich creations are the menu's main attractions. Their toppings range from the traditionally Southern to the exotic. There's the “Benedict,” an open-face biscuit with Coca-Cola-brined ham, smoked Gouda cheese, two over-easy eggs and hollandaise in addition to the “Chaco Loco,” a biscuit with pork, green chilies, fried bananas, local chèvre, tomatoes and an egg.

“The concept's kind of, you get in and get out fast. You get a really big meal for a great price,” Roy says. “Just really plentiful.”

The main hang-up in Roy's plan is location. He selected a spot several months ago, and he's working on pinning down the building now. He doesn't want to talk real estate yet, but he says he'll let Xpress know when he has an address.

No matter when Biscuit Head opens for business, Roy plans to maintain his relationship with LAB. He will continue to oversee the kitchen and menu there even as he spearheads his own business.

He's a busy man, he admits, but he hopes Biscuit Head will allow him to spend more time with his wife, Carolyn, and their 7-year-old son. The couple plans to run the new breakfast and lunch place together.

Roy will also help with the LAB expansion taking place next door to the brewery's Lexington Avenue location. That project is progressing, he explains, albeit slowly. “We're definitely going to do something fun there. It's just a huge project, so it's going to take some time,” he says.

LAB co-owners Mike Healy and Steve Wilmans announced in February that the brewery and restaurant would expand to the neighboring 37 N. Lexington Ave. space. They told Xpress they were planning a 4,000-square-foot tasting room and eatery that would be tentatively titled the “LAB Annex.”

For updates about Biscuit Head Café and Provisions, keep an eye on biscuitheads.com and the restaurant’s Facebook page. 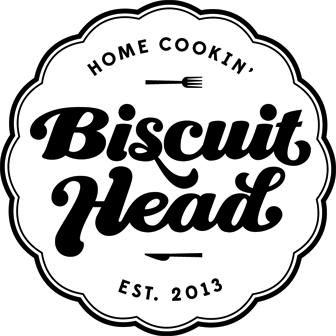