Three teams competed and chef Joe Mitchell of Chestnut restaurant led his team to victory in the April 22 Whacked! culinary competition during the Mountain Area Restaurant Show at FRS. 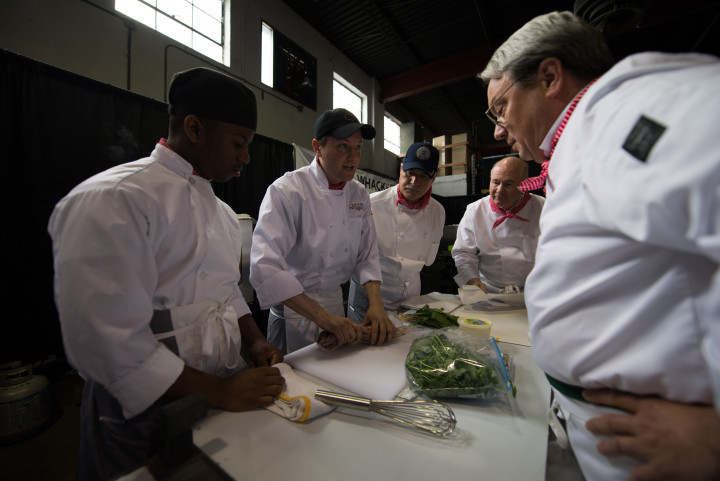 Team Nut preps before the appetizer round. 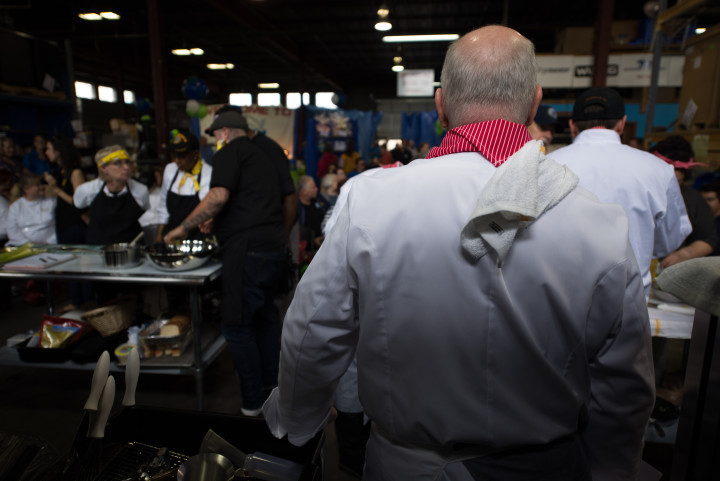 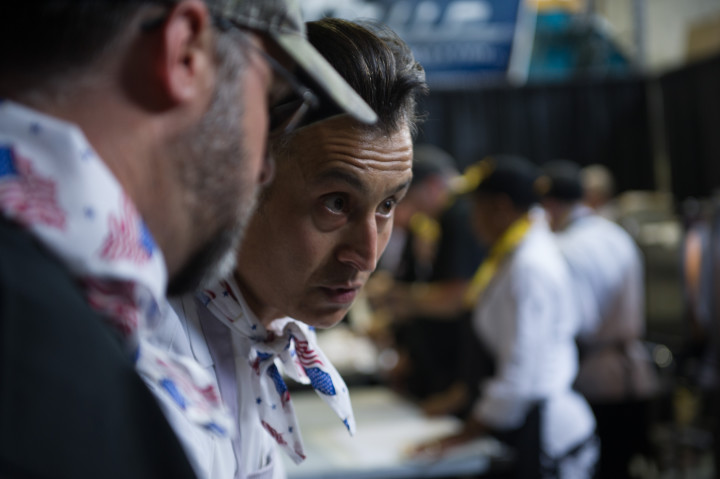 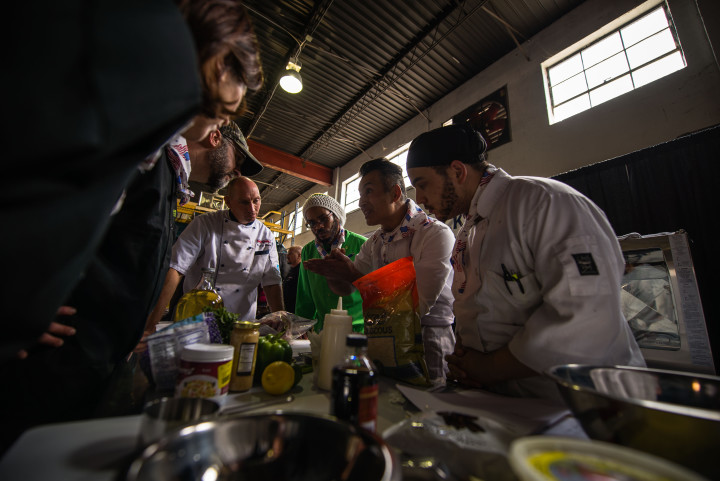 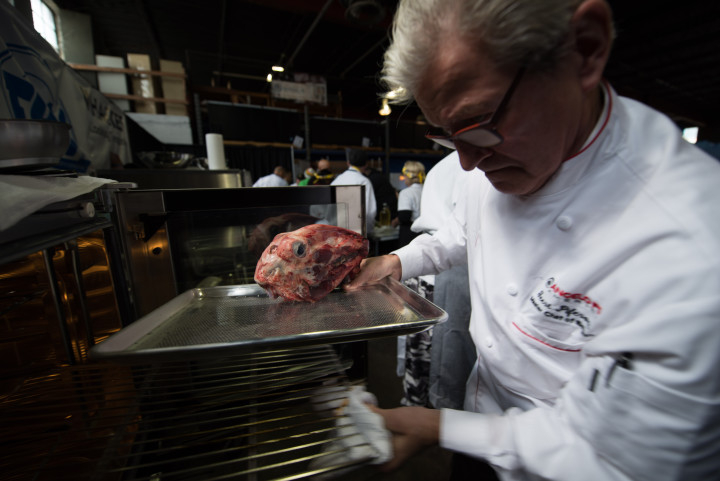 One of the secret ingredients, a lamb’s head, is put into the oven. 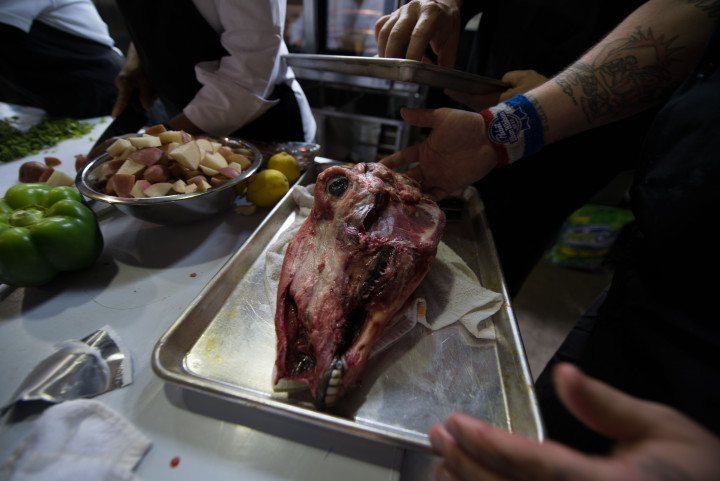 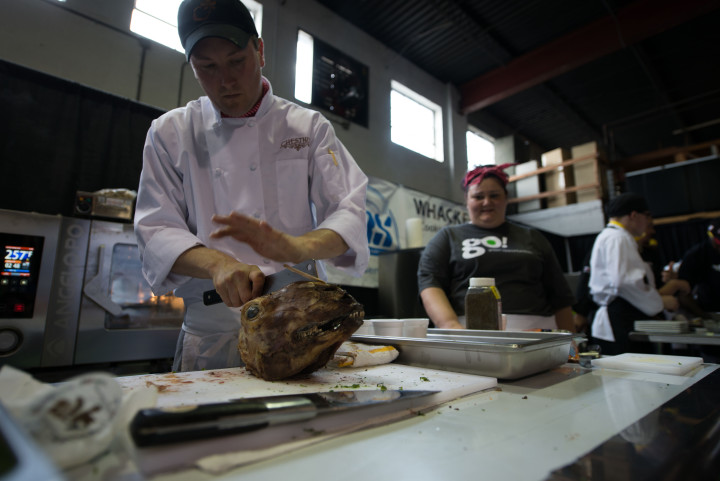 Chef Joe Mitchell works to crack the lamb’s head as another chef looks on squeamishly. 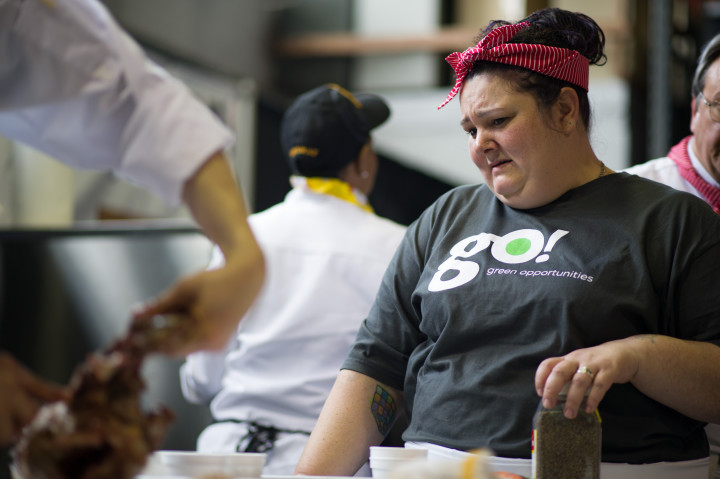 The piece de restistance, the lamb’s head, gave pause for some. 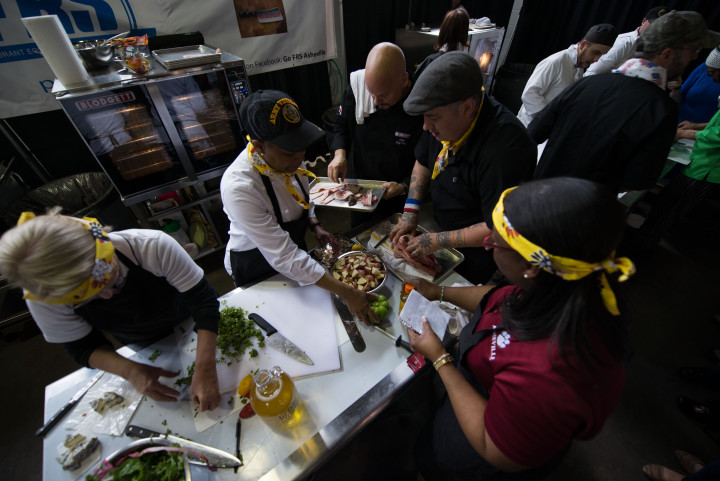 Busy at work in the open kitchen. 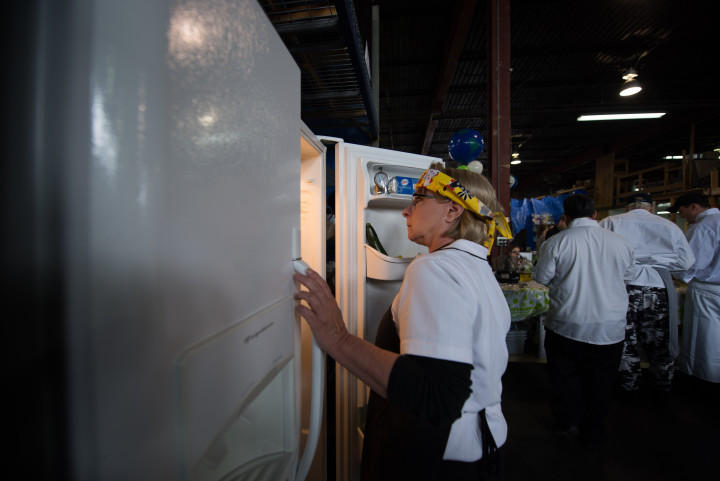 Ingredients were found in a fridge against the wall by a pantry with dry goods. 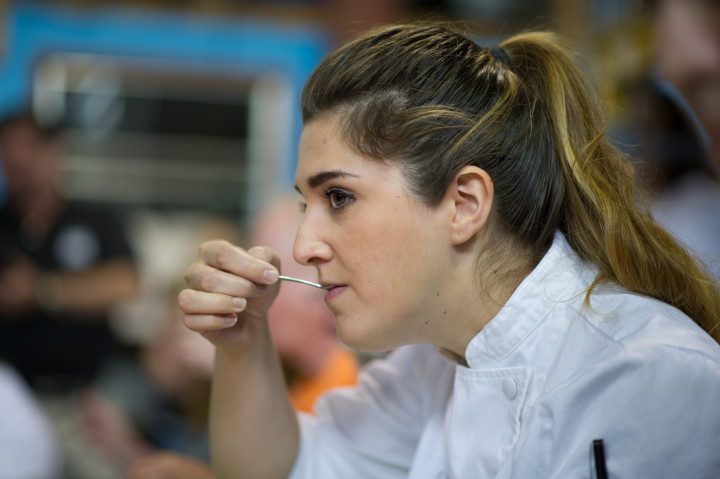 Chef Caroline Williams from The Admiral restaurant served as a judge on the panel. 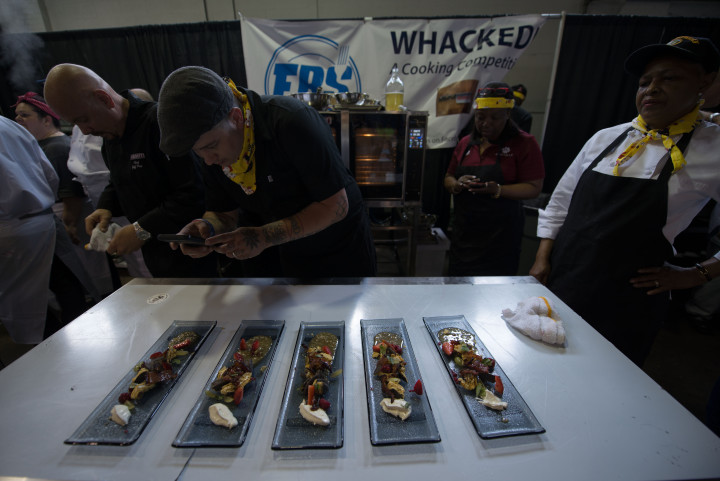 Chef Steven Goff takes a photo of the dessert creation. 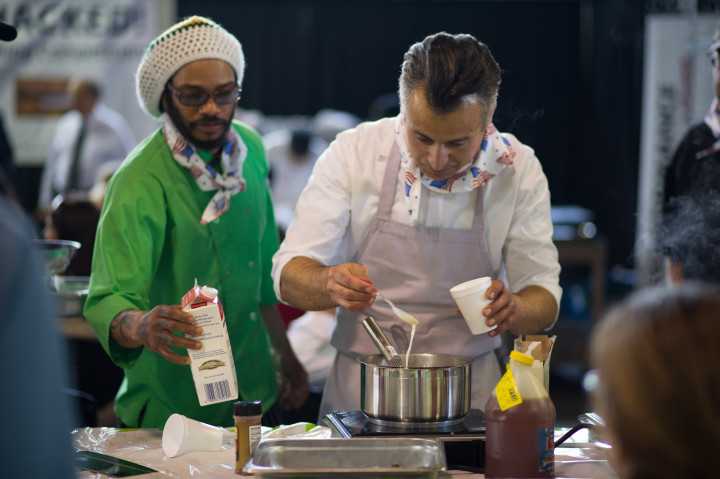 Chef Reza Satayesh works a cooking station near the back. 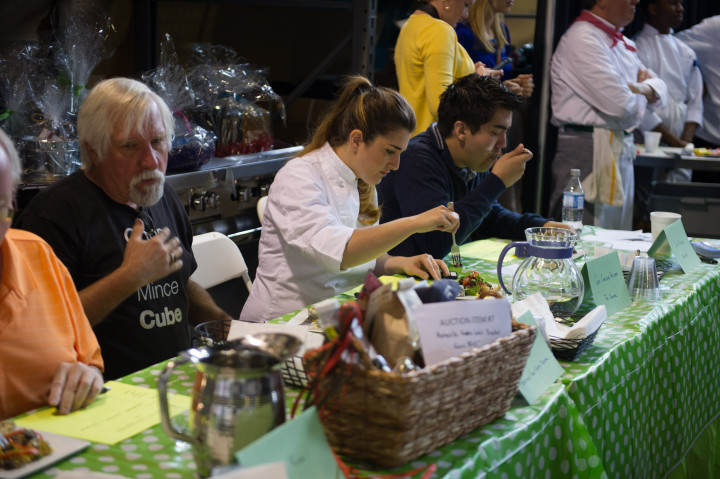 The judge’s panel consisted of Dawn Creasman of 96.5 FM, Tony Kiss of the Asheville Citizen-Times, Bob Bowles from the Asheville Food and Wine Fest, Chef Caroline Williams of The Admiral restaurant, and Dex Mitchell of 96.5 FM. 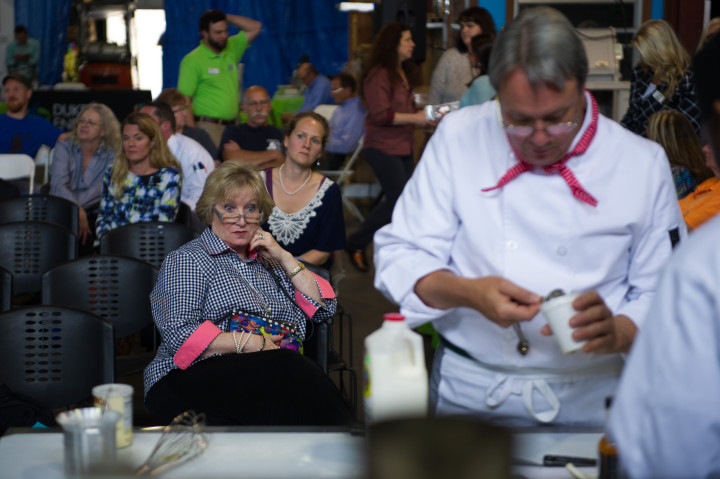 The chef’s hurriedly moved around the kitchen, providing entertainment for the audience. 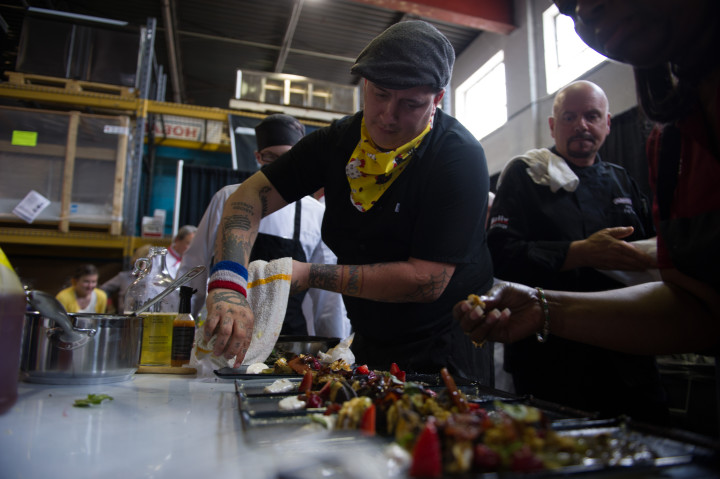 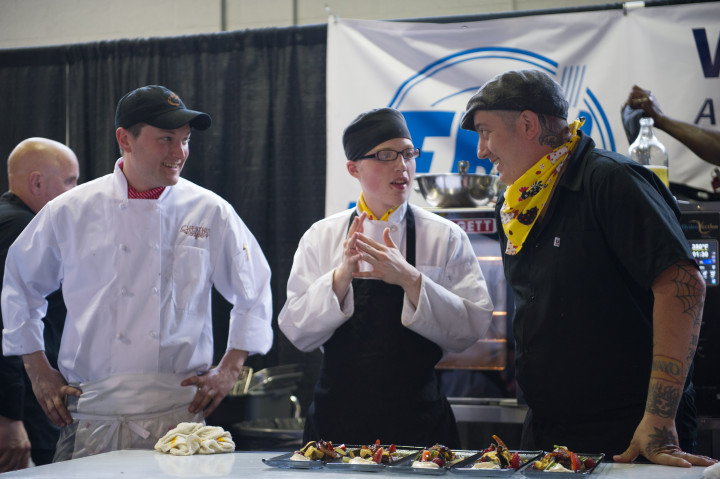 The chefs relax after the competition. 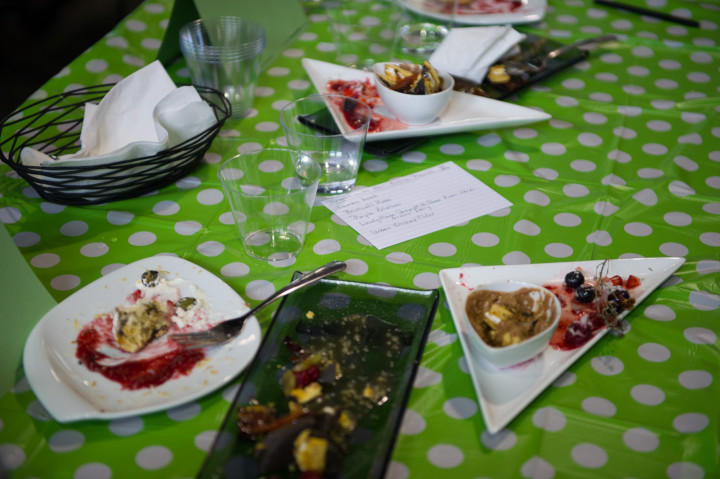 The results of a tasty meal.