For the first time in 10 years, the gates of the North Fork Reservoir and Water Treatment Plant opened Oct. 20 to members of the media as the city of Asheville celebrated the completion of a three-year, $38.5 million improvement project. Approximately 65 people, mostly city employees and public officials, participated in a ribbon-cutting atop the dam’s new auxiliary spillway, one of several upgrades to the facility’s safety and climate resilience.

The project, recognized by the national Association of Dam Safety Officials as its Rehabilitation Project of the Year, raised the dam 4 feet to accommodate rainfall from extreme weather events that a state report says are becoming increasingly common due to climate change. Water is now released automatically via fixed concrete weirs when the reservoir becomes too full, and the dam’s downstream slope was buttressed with earth to prevent damage from earthquakes.

Asheville City Council member Gwen Wisler, who has served on the body since 2013, commented that it was the first time she had visited the site. “I’m just amazed at how gorgeous it is — and just really glad that not very many people get to see it, because we do such a good job protecting it and keeping it safe,” she said.

Leslie Carreiro, the city’s water production and water quality division manager, noted that the reservoir supplies roughly 70% of Asheville’s drinking water — more than 14 million gallons per day — and called it one of the city’s greatest assets.

“It’s been a long, hard road to get this project where it is today, and it’s very exciting to realize that this group has left a legacy for our community,” Carreiro said. “The tremendous benefits that will result from your hard work here will be felt for many years to come.” 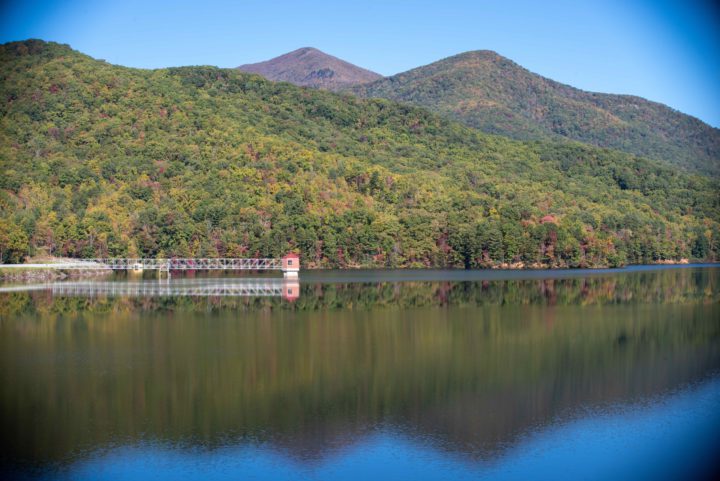 PRISTINE VIEW: The roughly 65 people celebrating the completion of the North Fork project were treated to clear skies and hints of fall foliage in the forested, 22,000-acre watershed surrounding the reservoir. Photo by Cindy Kunst 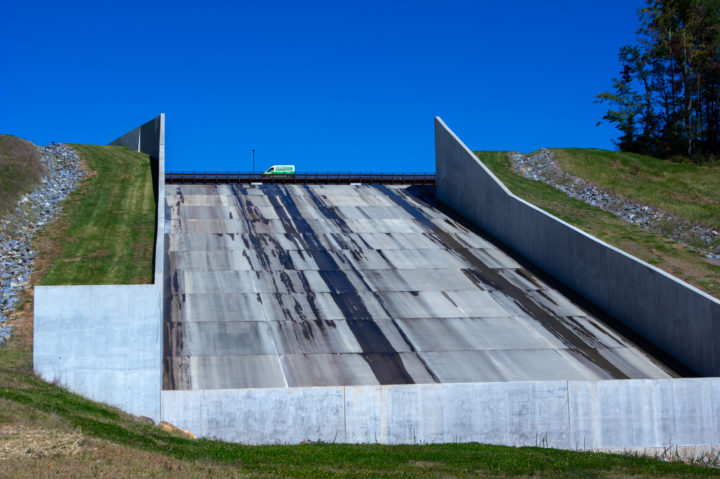 BUILT TO SPILL: A van at the top of the North Fork Dam’s main spillway gives a sense of its massive scale. Upgrades to the facility aim to improve its safety and climate resilience in the face of increasingly common extreme weather events. Photo by Cindy Kunst 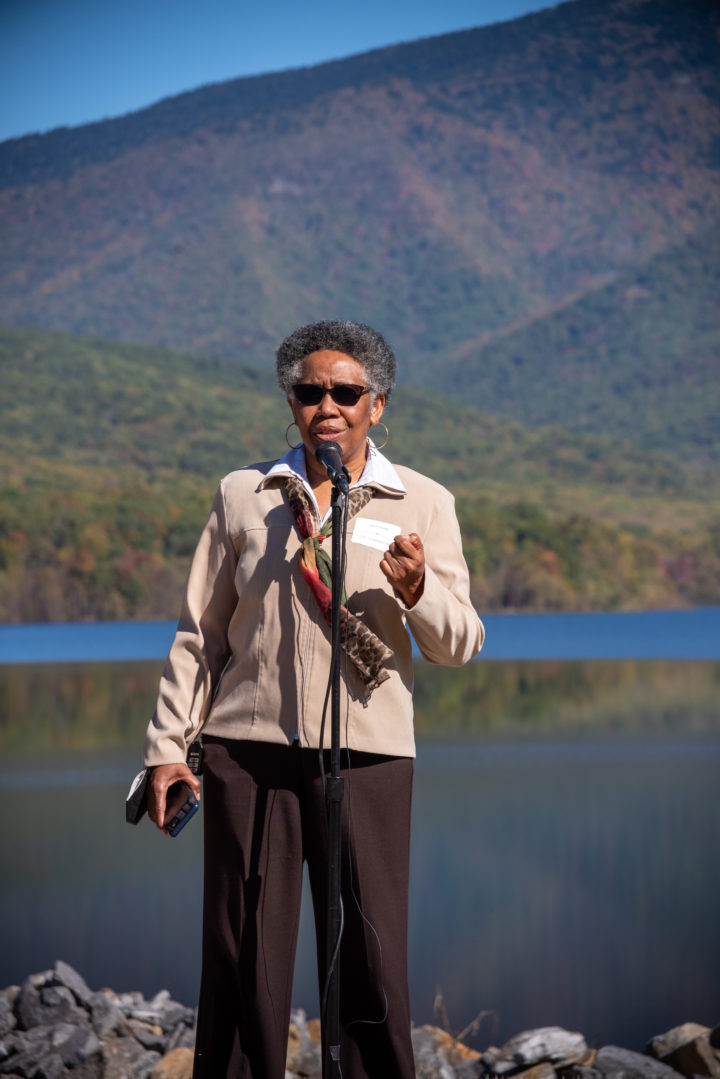 PASSION PROJECT: “This isn’t just a job; this isn’t just work. It literally is our passion,” remarked City Manager Debra Campbell at the North Fork celebration. “I think sometimes we forget that we are entrusted literally with the health and safety of the people that live in our community, and how we do our job really matters.” Photo by Cindy Kunst 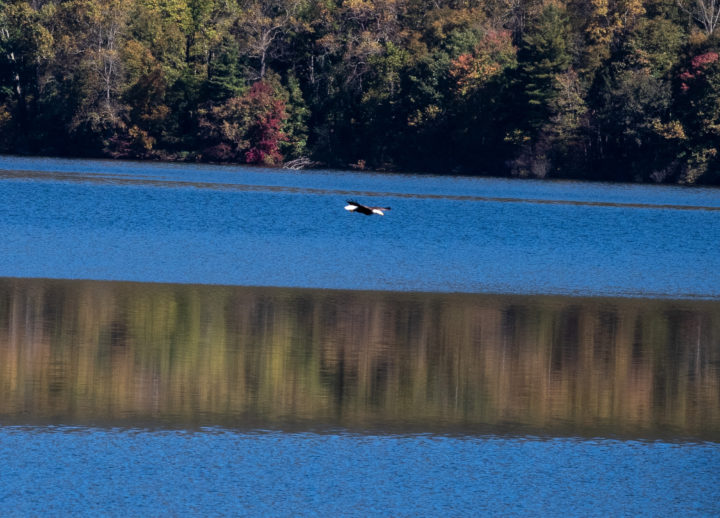