On March 15, in concert with more than 1.4 million young activists from around the world, Asheville-area high school students led a rally of roughly 200 people at Pritchard Park as part of the global Youth Climate Strike. The event, an outgrowth of efforts started last year by 16-year-old Swedish activist Greta Thunberg, called for “radical legislative action to combat climate change and its countless detrimental effects on the American people.”

Five speakers from Asheville High School and the School of Inquiry and Life Sciences at Asheville — Clay Swan-Davis, Dean Wortas, Elias Varn, Maeve Goldberg and Seth Bellamy — shared their worries about the impacts of climate change and the hope that organized pressure could move governments to act. “If you take one thing away from this rally, let it be this: You are not as small as you think you are,” Swan-Davis told the crowd.

As listed on the national Youth Climate Strike website, specific goals of the movement include stopping all new fossil fuel infrastructure projects, declaring a national emergency on climate change, establishing compulsory climate change education for elementary school students and ensuring a clean water supply. Strikers also call for the passage of a Green New Deal, which would transition the country to 100 percent renewable energy by 2030. 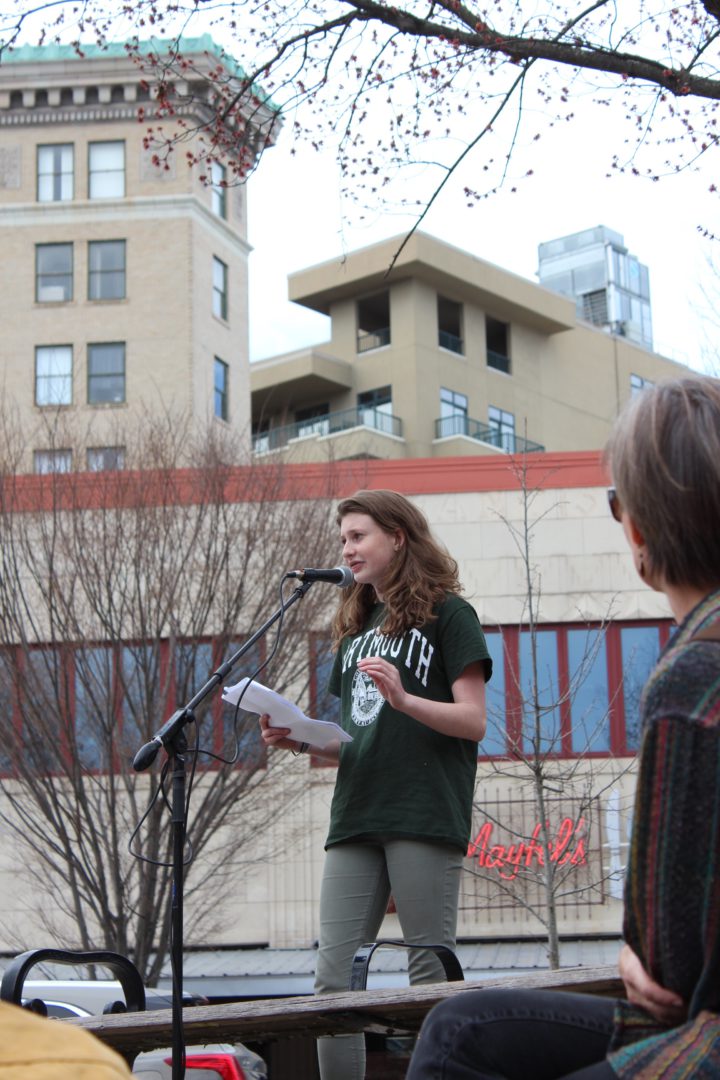 “You are not as small as you think you are,” Clay Swan-Davis told the crowd at the Asheville Youth Climate Strike. Photo by Daniel Walton 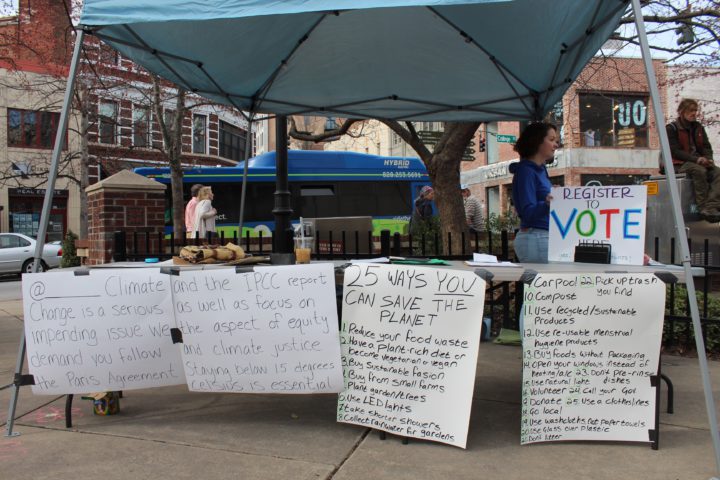 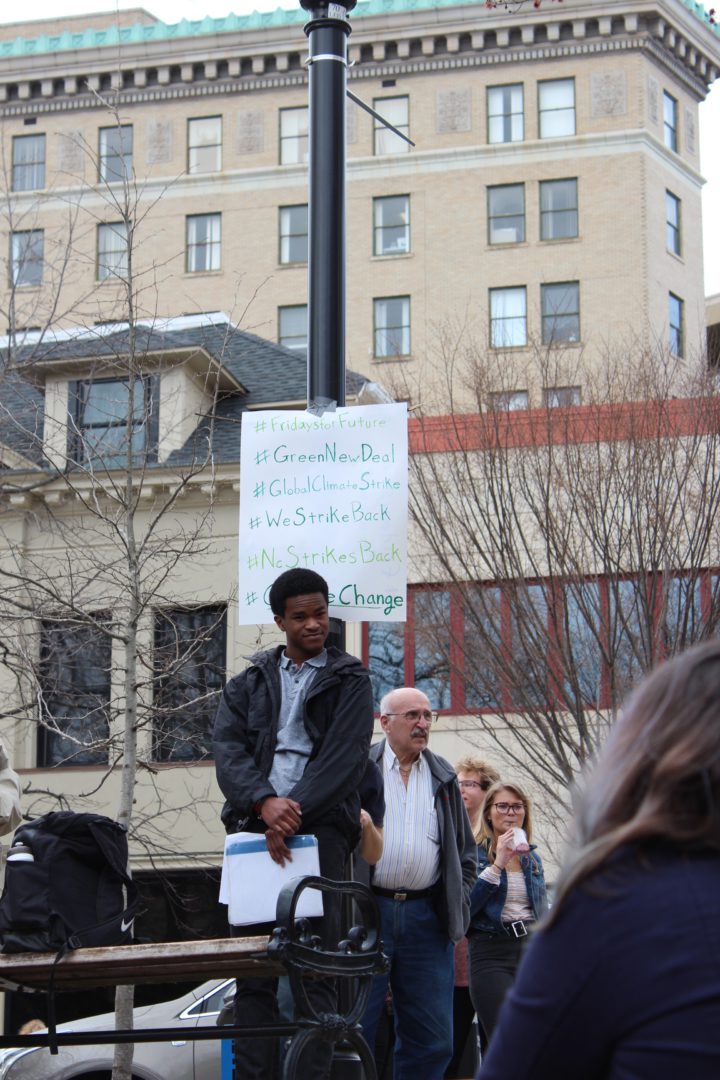 Seth Bellamy, a sophomore at the School of Inquiry and Life Sciences at Asheville, stands beneath a sign with social media hashtags for the Youth Climate Strike. Photo by Daniel Walton 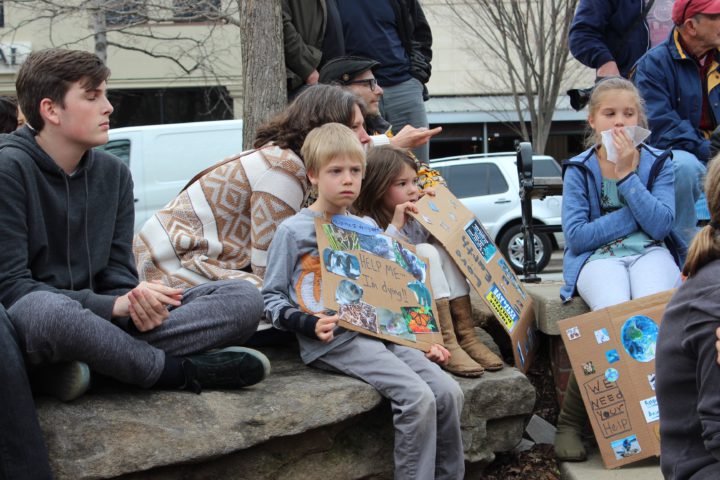 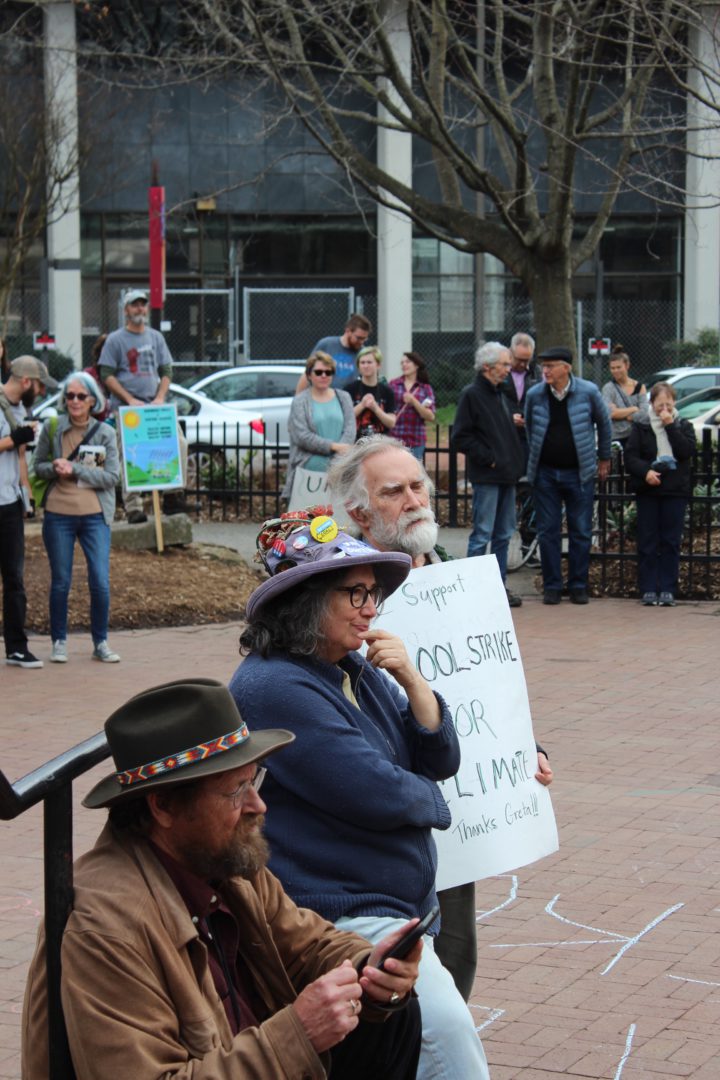 Although young people took the lead in organizing the strike, the crowd included members of all ages. Photo by Daniel Walton 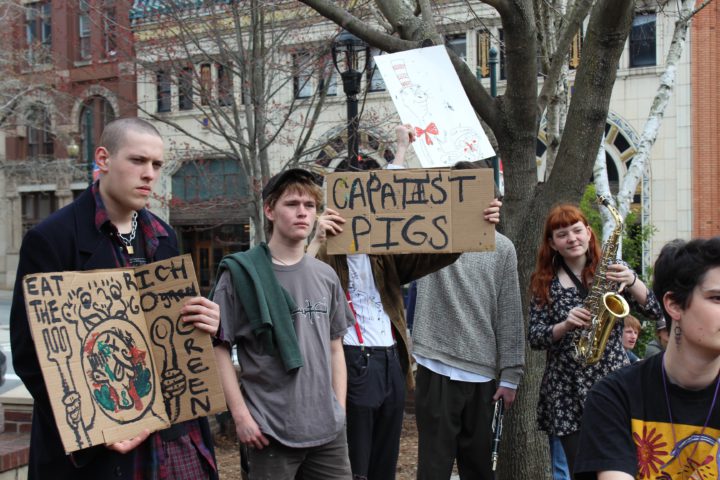 Some protesters at the Asheville Youth Climate Strike focused on the economic side of climate politics. Photo by Daniel Walton 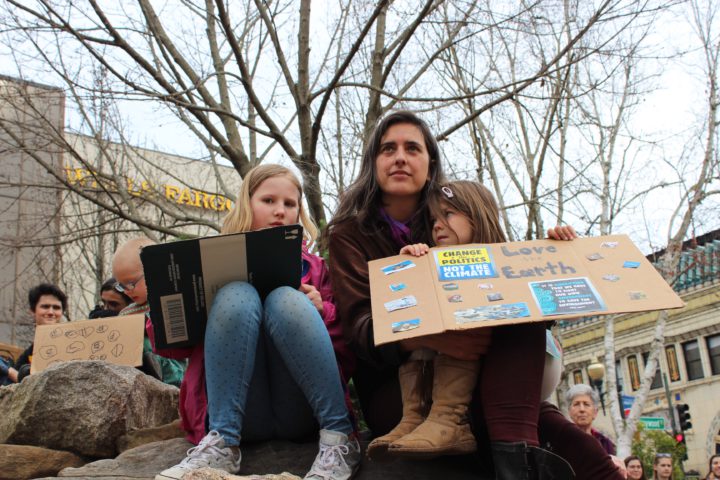 Many attendees at the Asheville Youth Climate Strike — even the youngest — had handmade signs in tow. Photo by Daniel Walton 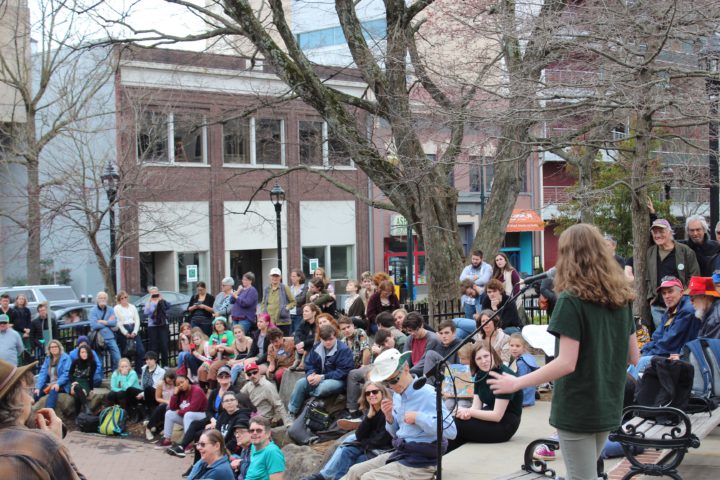 Attendees of the Asheville Youth Climate Strike largely filled the steps and walkways of Pritchard Park. Photo by Daniel Walton

Daniel Walton is the Green Scene editor and a reporter for Mountain Xpress. His work has previously appeared in Capital at Play, Edible Asheville, and the Citizen-Times, among other area publications. Follow me @DanielWWalton
View all posts by Daniel Walton →