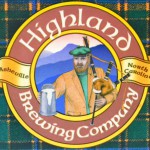 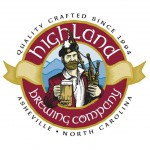 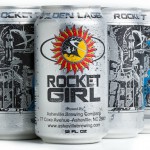 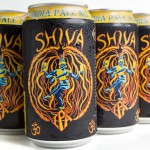 There’s more to a successful beer’s recipe than barley and hops.

There’s also the art. Logo art, to be precise. And the folks at local breweries put considerable time, energy, thought and humor into designs that help brand their companies and distinguish their products.

Not surprisingly, many incorporate the region’s distinguishing natural beauty into their trademarks. Craggie Brewing Company’s seal is a stylized panorama of the French Broad River valley and the Asheville skyline. Pisgah Brewing Company makes its mark with an iconic outline of its name- sake — Pisgah Mountain and the surrounding ridge. And Green Man Brewing Company’s logo features a swarthy woodsman — the mythological “greenman” — framed by leaves and plumes of hops and barley, evoking the roots of its English- style ales.

All addresses in Asheville, except where noted. Admission to events is free, unless otherwise noted.

4-7 p.m. Benefit at Highland Brewing Company Tasting Room for the family of Ben Harris. On April 24, Ben passed away due to a keg explosion at Redhook Brewey in New Hampshire. All proceeds from the event will go to the baby fund set up to support his child who is due November. There will be a silent auction with donations from local breweries.

4 p.m.
Thirsty Monk presents: Gouden Carolus and Straffe Hendrik Pint Night. The Thirsty Monk. Experience one of the oldest Breweries in Belgium (1471), Het Anker. Four beers from Het Anker and one beer from De Halve Maan, the only family brewery in the centre of Bruges. Darren Quinlan from Wetten Importers will be on hand to answer questions. Free Belgian glassware while supplies lasts.

6:30 – 9 p.m. New Brewery on the block? The Wedge. Asheville's Newest Brewery announces name, site and projected opening date. Meet the owners and brewers of the newest addition to the Asheville Brewing family.

The Lobster Trap Restaurant will be offering a new cask every day of Asheville Beer Week.

Highland Brewing Company will be doing an all beer-week-long “Scotty’s Scavenger Hunt” with people searching all over town for some specialty labeled beers.

Meanwhile, Highland Brewing Company’s insignia heralds the cultural history of the region. The image of a bearded Scotsman, who clutches a pint in one hand and a set of bagpipes in the other, honors the area’s original Scots-Irish settlers, says Grant DeSantos, Highland’s hospitality and tasting room manager.

“The guy in our logo, we call him ‘Scotty’ around the brewery,” he says.

In fact, the image is based on a real person whose name has been forgotten — a fellow who worked briefly for the brewery in its early days and “was very Scottish looking,” says Highland founder Oscar Wong.

“The image has changed quite a bit,” DeSantos says. “The first [one] we had of him was not the best drawing in the world. He’s evolved into the man he is now.”

Likewise, some of Asheville Brewing Company’s symbolic characters are evolving.

Cory Gates, a manager at the company who’s charged with crafting the image that adorns its cans of Rocket Girl Golden Lager, reports that a redesign will make it “bigger, cleaner, more fun, more decipherable.” Many of the intricacies of the original art didn’t translate well when the image was shrunk down and put on the cans, he says.

But he might be his own worst critic: The existing logo certainly stands out as one of the most unique in town. “We were trying to come up with something fun and a little bit playful,” he says. The idea was for the Rocket Girl to “lure you into her little world within the can, showing you her little microbrew set up.”

He adds: “All the brewers in town are mostly men. So we wanted to give more power to the woman, put her out there as our own little space-age rocket-girl brewer.”

Under Gates’ direction, the redheaded Rocket Girl was drawn by local cartoonist Larkin Ford, who based her on the amalgamated images of two real-life Asheville Brewing servers who agreed to model for it. The new Rocket Girl will maintain a similar look, he says.

“We want to create a constant, identifiable character,” he explains. “I’m hoping that the next round will take the Rocket Girl to a different level.” A contest for the new model will be held on Monday, May 28, at Asheville Music Hall. Meanwhile, an iconic image in Asheville Brewing’s arsenal adorns its new canning line of Shiva India Pale Ale. Originally painted in 1998 by local muralist Johnny Miller, the seal depicts the Hindu deity balancing beers in two of its four hands.

“We wanted something that signified strength, because it’s kind of a strong beer,” says ABC President Mike Rangel. He also jokes, “We were trying to anger one of the major religions of the world.”

In fact, this year, he did hear from a Hindu association that expressed some concern about the logo. “They asked us to use the name with as much respect as we possibly could,” he reports. “They weren’t expecting us to yank [it] and put something else in. They just wanted to touch base with us and make sure Shiva wasn’t sponsoring a wet T-shirt contest.”

As a result of those conversations, however, Rangel says he felt better than ever about using the image. “We learned that Shiva actually made a concoction that drove all the other gods crazy,” he explains. “In India itself, there [are] liquors called ‘Shiva’ for that reason — because Shiva was a god [who] made a potion that captured people … It encourages us even more.”

In the event that a Hindu god isn’t available to hand you a beer, an attractive logo can make it easier to pick out a six pack from the cooler.