Three years ago, North Carolina native Gar Ragland — who was living in Brooklyn at the time — happened through Asheville on tour with a Nashville-based artist. “I’d heard about a really cool studio, and it was a beautiful spring day, so I just walked over,” he says. Jessica Tomasin, studio manager at Echo Mountain Recording, gave Ragland a tour of the facility, during which they established a business partnership. Tomasin said, “Why don’t you open up an office here?” Ragland says it was the most serendipitous thing that had ever happened.

Soon after, he relocated his family, studio and NewSong Music to an office in the Echo Mountain complex. NewSong, an independent music organization, is probably best-known for its annual songwriter competition. The NewSong Contest, which has been running for 15 years, attracts musicians from around the world and across all genres. “There are so many aspiring artists out there,” says Ragland. “Anyone with a MacBook from Best Buy has GarageBand and the ability through TuneCore to release their music. So how do deserving artists rise above the noise?” The 12 contest finalists (among last year’s was local musician Daniel Shearin) each year play for a panel of judges at Lincoln Center in New York. And the winner walks away with a prize package aimed at taking a career to the next level: a performance at ASCAP Cafe during the Sundance Film Festival, another concert at Lincoln Center and a chance to record an album on the NewSong Recordings label.

The 2014 winners — Santa Fe-based duo of guitarist Max Hatt and vocalist Edda Glass — recently tracked their forthcoming record at Echo Mountain. Pat Sansone (of Wilco and The Autumn Defense) was a judge at the Lincoln Center finals (“We were sandwiched in between some punk or heavy metal bands,” says Hatt. “For some [judges], I think we were a welcome relief.”) and came on board to produce the duo’s new project. He brought along Josh Shapera as co-producer; local musicians River Guerguerian and Matt Smith contributed to the recording.

“You have to split your brain between being a listener and a participant,” says Sansone of the producing role. “Hopefully there’s a mutual aesthetic and trust. It’s a joy to be able to do it in a situation like this, where I’m so inspired by the music.” Sansone does have a unique perspective: Not only is he a respected multi-instrumentalist, he also started working at age 13 or 14 in a recording studio in his hometown of Meridian, Miss.

“The studio owner was very generous with letting me work with him on all kinds of projects,” Sansone says. “It was a great education. It became part of the music-making experience for me, as much as playing in a rock band.”

Sansone, Hatt and Glass share a number of common interests, from Neil Young to Brazilian psyche-rock/Tropicália band Os Mutantes. Hatt and Glass, though expanding in an Americana direction on their forthcoming album, come from a jazz and bossa nova background (they’re both in the band Rio).

“All of these songs were written for me to play on solo guitar,” Hatt says of the duo’s catalog. He approached Glass, a short-story writer, about putting lyrics to his compositions. 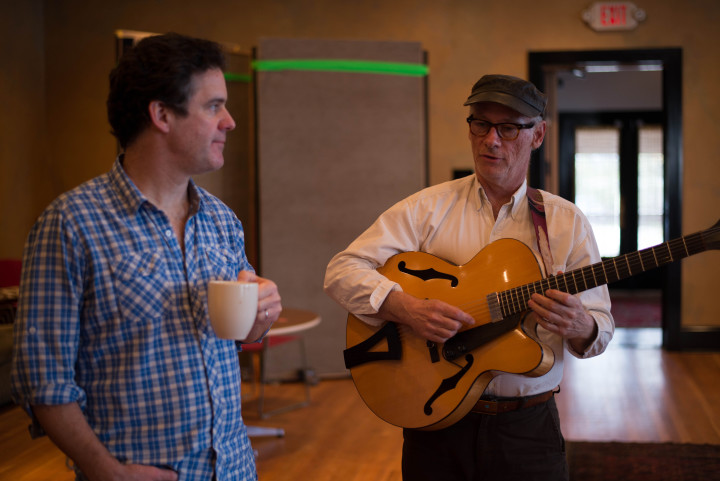 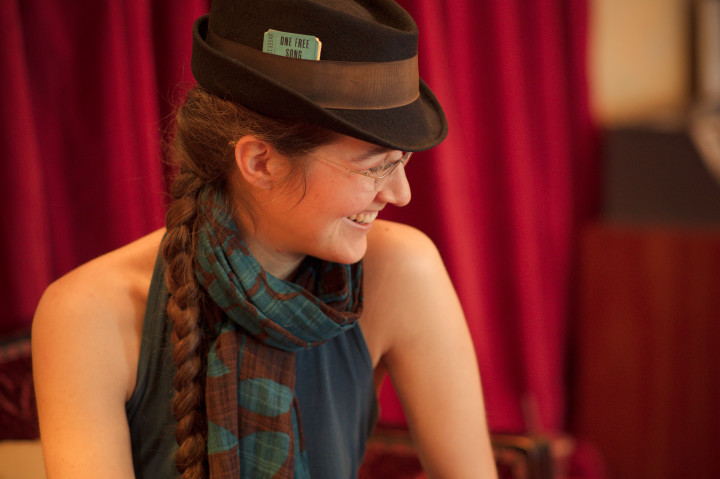 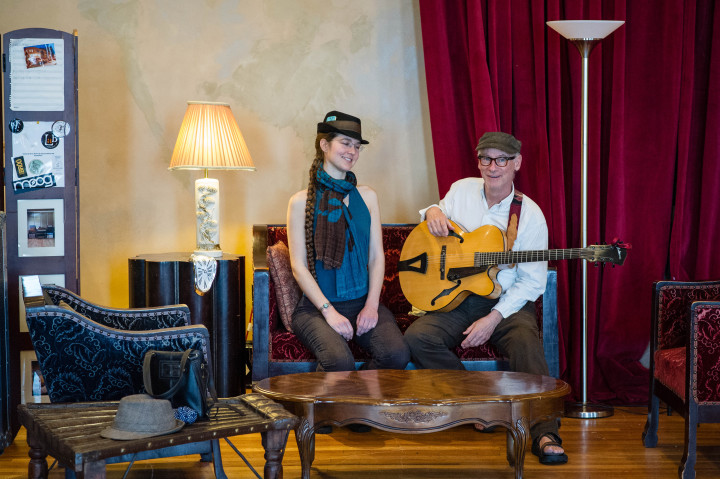 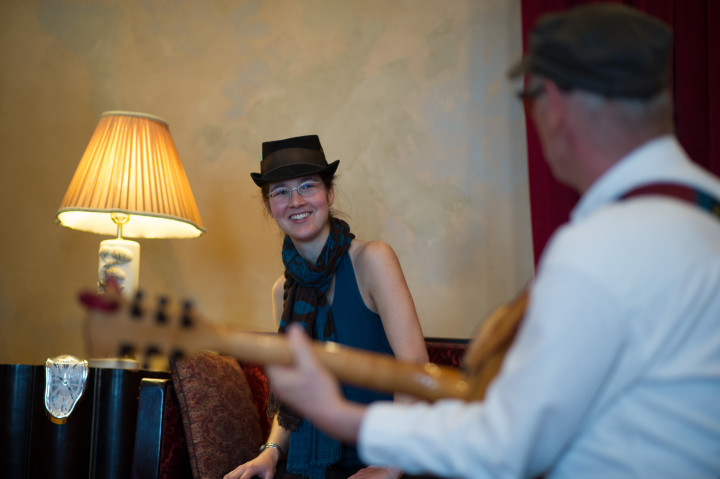 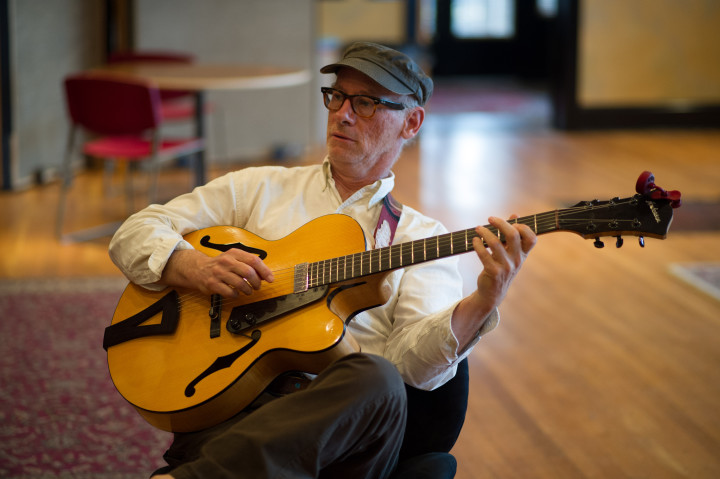 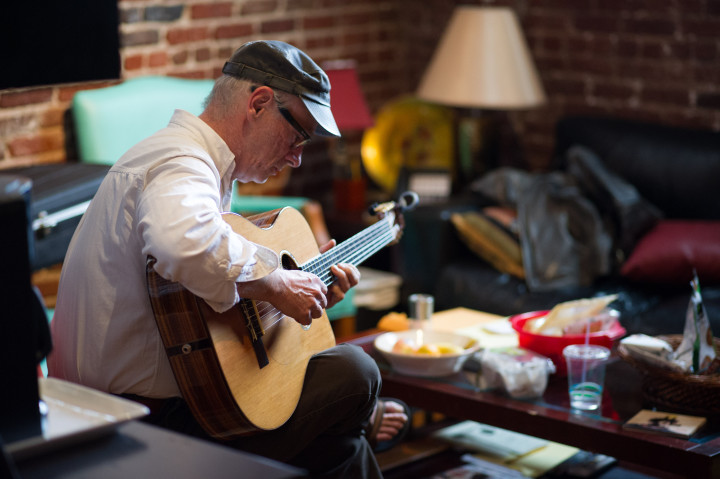 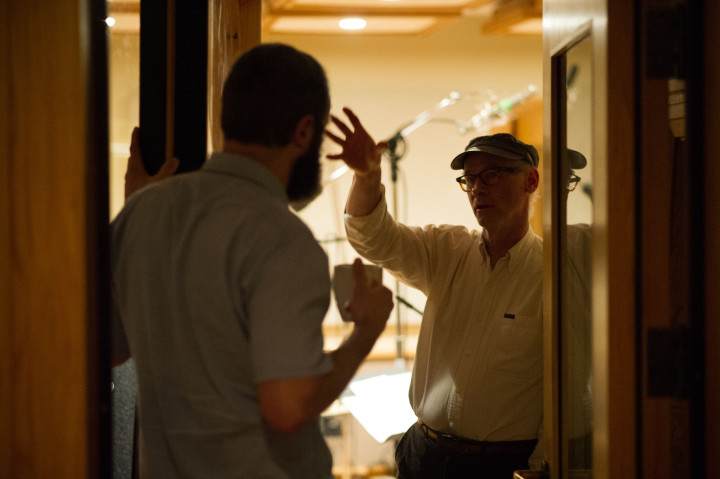 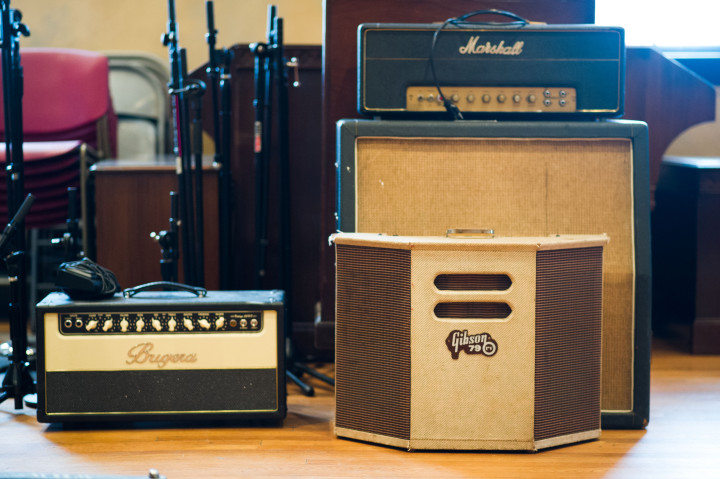 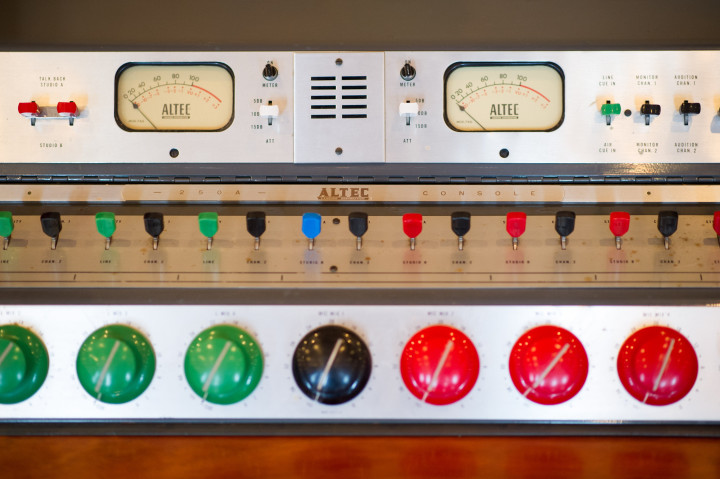 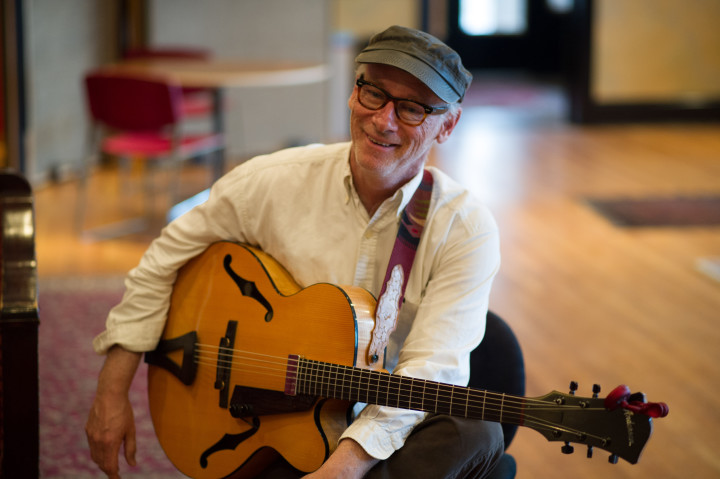 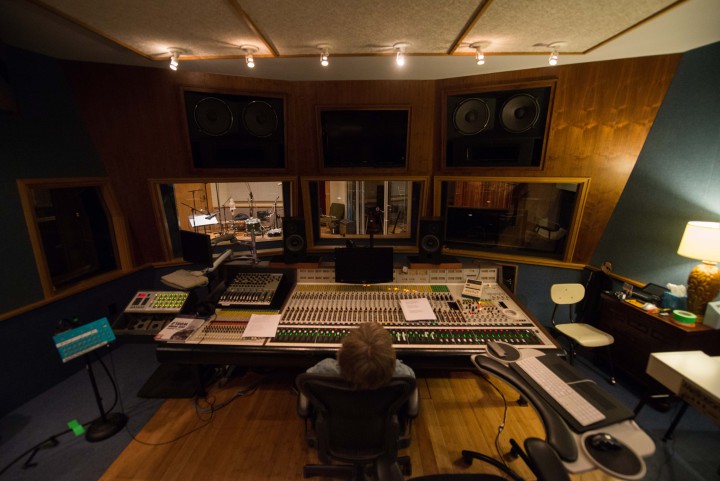 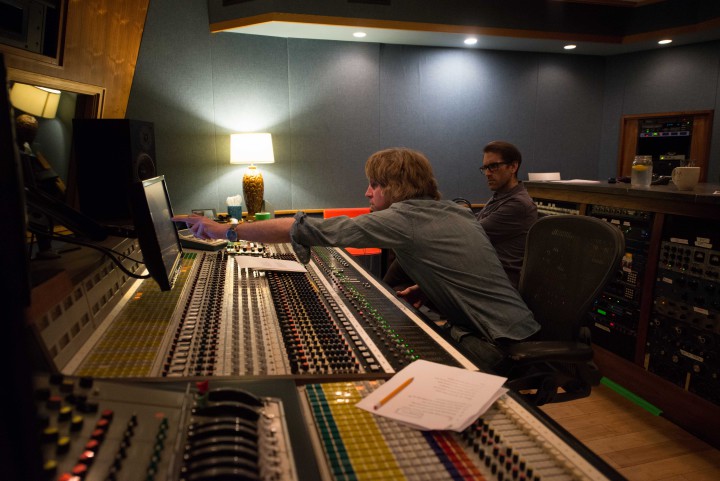 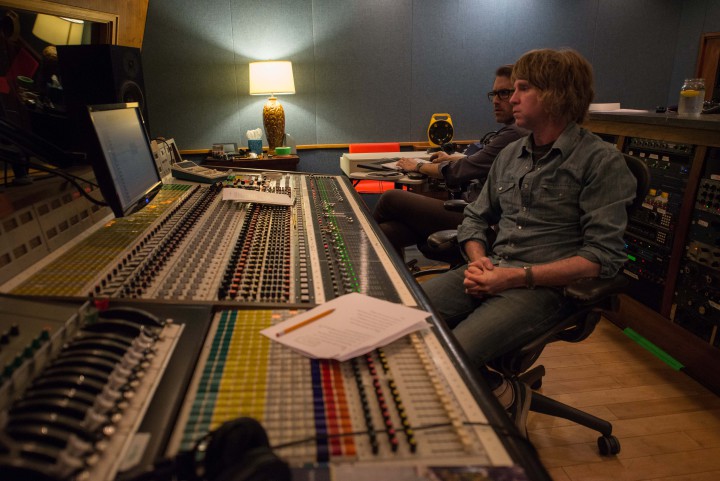 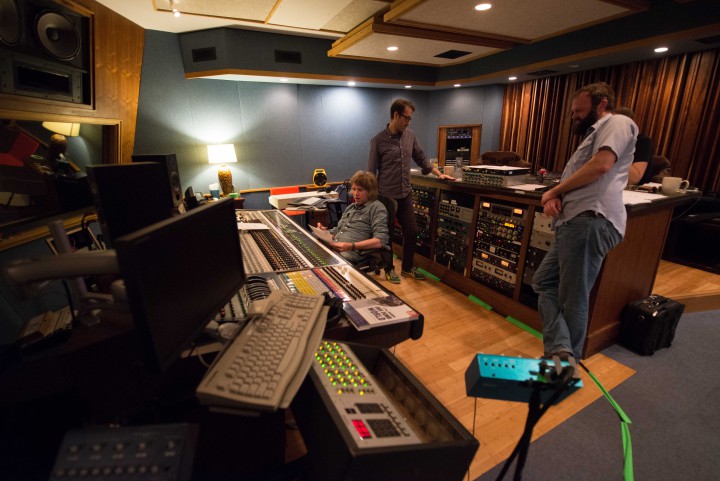 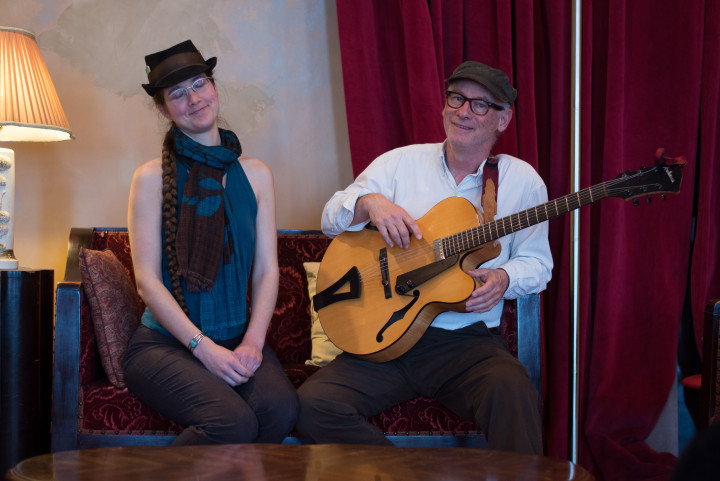 “When I got out of college, I was working on a novel. I wanted to be a writer, and I was doing the bossa nova thing on the side,” says Glass. “When I realized I could write these lyrics, it was like, ‘I can do both of these things at the same time.’ Plus, [songs] are shorter than a novel.” The combined efforts of the two musicians result in spacious, dreamy songs, swoony in moments and shimmery as twilight. Hatt’s guitar work is nuanced, Glass’ vocals a dusky near-whisper that recalls Nora Jones.

If that sounds like an unusual pick to sweep an international contest, Glass points out that what drew her to NewSong was how the organization didn’t go with the obvious choices. “We’re really trying to market the opportunity to emerging artists,” says Ragland. While some performers who are household names have entered the contest (the Lincoln Center gig is incentive alone), NewSong is for unsigned, self-released and unpublished musicians.

The opportunity to record a fully funded album was added to the prize package a few years ago. Grammy-winner Jacquire King was the first producer to work with a NewSong champion; the previous year’s victors, Cardinal Suns, were produced by Charlie Sexton.

It’s possible that future winners will come from Western North Carolina. Since relocating, Ragland had wanted to become more involved in the local music scene, so he teamed with LEAF organizers to produce a singer-songwriter contest as part of the biannual local festival. The victor of NewSong Presents: LEAF Singer-Songwriter Competition immediately advances as regional finalist in the international NewSong contest, earning one of the 12 slots in front of the judges at Lincoln Center.

“My real passion is in artist development,” says Ragland. “I love the process of discovering new music, finding that needle in the haystack.”