Every year, there’s only one right way to kick off Beer Week in the Asheville area: Attend Just Brew It in the Wedge parking lot the first Saturday. But this time around, Beer Week starts a day sooner, providing eight days of events, Friday-Sunday, May 22-30.

It’s a long, beer-loaded week, with a three-day round of festivals the first weekend. Here are a few highlights.

For those looking to kick off the weeklong celebration with a mini-festival on Friday, May 22, look to Thirsty Monk’s NC Belgian Beer Fest. In addition to the stellar beer lineup — featuring Appalachian Mountain, Fonta Flora, Haw River Farmhouse, Pisgah and more — it’s the first chance to see the new Thirsty Monk space at 92 Thompson St.

On Saturday, May 23, Just Brew It puts on one of the most unique beer events Asheville of the year. About 50 homebrewers fill the Wedge’s parking lot and serve upward of 100 beers. Grab an IPA as hoppy as any in town, or get experimental with a brettanomyces-fermented shandy. Since the price of admission is a membership to the Asheville-based nonprofit Just Economics, you get great beer and support the fight for living wages too.

The third festival in the opening days is Sunday’s Westside Fest, a West Asheville neighborhood craft-beer-and-cider festival that runs from 1-5 p.m. For those with kids — or who need a break from an intense first few days of beer week — NC Harvest-Thyme Food Co-op will be pressing fresh, nonalcoholic apple cider, and there will be food from West Side BBQ and The Hop.

On Monday, take a break from festivals. Celebrate the local women in brewing — and go for a run while you’re at it. Twin Leaf is hosting Run Like a Girl, a noncompetitive group run that supports Girls on the Run. Gather at the brewery at 11 a.m., bring a $5 donation and try to wear some pink. The run itself is 3 miles, starting and ending at the brewery. At the finish line, Twin Leaf will release a new special beer: a strawberry-basil tripel.

Later in the day, head over to Thirsty Monk downtown for Women of WNC Beer, where Highland president Leah Wong Ashburn and head brewer Hollie Stephenson will lead a toast with Ehrmahgerde Biere De Garde — a beer brewed by the ladies of Highland, the Pink Boots Society and Thirsty Monk for International Women’s Collaboration Brew Day.

Tuesday is clearly the day to expand your palate. MALT Homebrew Club teams up with Open Brewing for What the Yeast? It’s a delicious experiment in which the same beer has been brewed with three different saison yeasts. Burial Beer’s The Reincarnation of Beer goes even further: It’s a 12-beer-and-food pairing with small plates from the brand-new Salt and Smoke. The event is a la carte with food pairings in the $4-$6 range, so stop by and sample to your heart’s content. Or, if you want a more structured beer dinner, head down to Sierra Nevada in Mills River for a Small-Batch Brew Dinner featuring six of the first small-batch beers to come out of the “small” brewing system at Sierra.

Wednesday is headlined by what the ABA calls its “biggest announcement of Beer Week.” Author, writer and James Beard Foundation Award nominee Stephen Beaumont will visit Asheville and host a meal at The Market Place in collaboration with chef William Dissen. The Bruisin’ Ales crew will also co-host and select rare beers from around the world to pair with the food.

If you miss the Beaumont dinner on Wednesday, Highland will give you a chance to meet and mingle with the author on Thursday at its ticketed Respect for Beer event. Beaumont will discuss how to best pair food and beer, glassware, standards for beer service and more.

There are also at least 15 other events on Thursday, including two notable beer dinners. Pisgah Brewing will host the Butcher’s Table Dinner in collaboration with Foothills Farm. Expect plenty of delicious and creative meats paired with beer. On the other side of town, Sunny Point is teaming up with Wedge for a Beer Dinner Spectacular that features seasonal ingredients, foods cooked with Wedge beer and, quite possibly, every beer on tap at Wedge.

Things calm down on Friday, May 29, with just a half-dozen events to choose from. For the perfect evening, start at Monk downtown for a rare Fonta Flora Tap Takeover. Brewer Todd Boera will bring a selection of his beers and share them in both the downstairs and upstairs bars. He’ll also talk about his local-ingredient-driven brewery.

Afterward (or earlier, since this one starts at 4 p.m.), walk down to Burial for an a la carte Interactive Beer Dinner with Buxton Hall Barbecue.

The week wraps up with one of the Asheville area’s most popular events. The Beer City Festival takes place Saturday, 1-6 p.m. Catawba Brewing will round out the day with pre- and after-parties. The pre-party on the South Slope will feature breakfast burritos from Mamacitas and Farmer Ted micheladas starting at 11 a.m. The after-party will help you keep the party going with music from Dave Desmelik in the courtyard and a food truck on site.

For more events, details and updates, go to avlbeerweek.com/events. 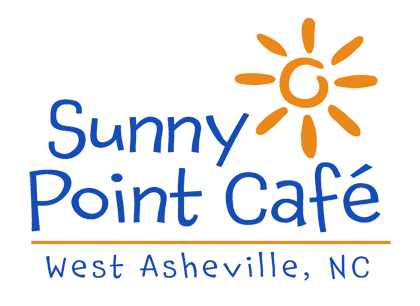