Paprika-colored walls, dark wooden tables and glowing jeweled pendant lamps will greet diners who enter the soon-to-open Blue Dream Curry House at 81 Patton Ave. Funky, soulful music will lend itself to creating the vibe of a late-60s British curry house, which co-owner Chris Cunningham describes as not quite polished, yet filled with a feeling of history and nostalgia.

Owners Cunningham, Sean Park (who is also the chef) and James Sutherland chose the name for the business based on their love for the Blue Ridge Mountains and a longtime goal of owning a restaurant together. The menu will offer curries from Thailand, Japan, India and China. And, after the restaurant settles, the owners also intend to run specials that feature curries from other parts of the world, such as Jamaica.

“We have taken the international journey of curry and brought it into Asheville,” says Cunningham. “The recipes were developed by chef Park and are based on traditional recipes but with a unique spin,” says Sutherland. For example, the green curry features roasted tomatillo.

The menu offers diners a choice of spice ranges — from a Japanese curry that is slightly sweet and contains apples and honey to a hot and tangy vindaloo curry. For entrees, which range from about $10-$12 a plate, guests will be able to select a base curry plus a protein — braised beef, roasted chicken, paneer, seitan or tempeh. Sides such as naan nachos and seasonal salads will also be available — priced from $4-$7. Local sodas and beer will be on tap.

Cunningham says the restaurant is sourcing about 80 percent of its food locally or regionally, such as tempeh from Smiling Hara Tempeh, beef from Hickory Nut Gap Farm, chicken from Springer Mountain Farms in Georgia and produce from local tailgate markets. Also, Blue Dream’s naan is being made through a partnership with the Green Opportunities Kitchen-Ready project and Geraldine’s Bakery.

“It’s all about supporting the local economy, it’s about keeping that dollar in Asheville,” says Cunningham.

Service for the 65-seat restaurant will be fast-casual style, with patrons ordering at the counter on IPads before they take their seats. Staff will pick up from there, delivering food to the table, taking additional food and beverage orders and clearing away the plates when the meal is finished.

“The biggest thing that we hope people take away from here is that they had the best service, that the food is great and that they would come back again and again,” Cunningham says.

The restaurant is aiming for a soft opening the last week of May with a grand opening planned the second week of June. Hours will be 11 a.m.-9 p.m.  Monday, Tuesday and Thursday, 11 a.m.-10 p.m. Friday-Saturday and noon-9 p.m. Sunday. For details, call 515-1124, visit bluedreamcurry.com or follow @bluedreamcurry on Twitter.

Follow me @kristawhite13
View all posts by Krista L. White → 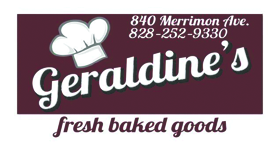