Like many passionate young chefs, Silver Cousler nurtures dreams of opening a restaurant. But the 29-year-old Asheville resident also has a vision for creating something fresh and genuine for Western North Carolina’s culinary scene: an elevated yet accessible dining concept that honors their Filipino heritage.

In the interest of furthering that mission — and perhaps as a test run for a future brick-and-mortar eatery — Cousler and partner Cherry Iocovozzi have spent Sunday evenings since September offering the community a Filipino food and natural wine pop-up, Love Songs, at Gan Shan West. The last dinner of the series happens 6-10 p.m. Sunday, Oct. 27.

“I’ve been doing Filipino food my whole life,” says Cousler, who uses gender-neutral pronouns. Indeed, since childhood, the Gan Shan West chef de cuisine has absorbed the ins and outs of crafting the complex, multiethnic flavors of the Philippines from their mother, an immigrant from Manila who longed for a taste of home.

“When my mom moved here, she didn’t know how to cook at all, so she was all about teaching herself how to cook, and I was sitting on the counter watching her,” Cousler recalls.

Growing up in the Raleigh area, they also tagged along with their mom on many a trip to shop for ingredients at the Grand Asian Market grocery, traveled annually to visit family in the Philippines and learned to make rice in the family’s floral-patterned Zojirushi rice cooker, an appliance for which Cousler expresses great nostalgia.

“When I think about the first things I learned to make, it was rice and it was eggrolls, where my mom taught me to fold them,” they remember. “This is so corny — I used to go to the playground and take big leaves and make big eggrolls out of sand and sell them, which is psychotic. But I did that as a child.”

The Love Songs pop-up owes more than just the inspiration for its food to Cousler’s mother, who met their father in Japan, where he was stationed with the U.S. Marines. “It’s kind of a classic situation,” Cousler explains. “My mom was working at a karaoke bar, and her favorite songs to sing were love songs. She did a lot of singing; she has this collection of tapes and all of these tapes have love songs on them. And that’s why it’s called Love Songs.”

The menu has changed from week to week throughout the series, depending on available ingredients, Cousler’s whims, customer demand and guest chefs — their mother joined them in the kitchen to cook menudo for a Love Songs dinner in September. (“There’s Hispanic menudo, then there’s Filipino menudo; they’re very different, extremely different flavors,” Cousler notes.)

The quaffable complement to the edible offerings is an ever-changing lineup of natural wines carefully selected by Iocovozzi, who moved to Asheville less than a year ago after eight years in New York City. “Their interest in wine is just really unique,” Cousler says of their partner. “They’re extremely smart and interested in where the wines are coming from and the process of  winemaking, so whenever they’re picking a wine, it’s very specific and something they’re excited about.”

Leading up to launching Love Songs in September, Cousler, who has a culinary arts degree from A-B Tech, has spent the past five years or so steadily building a solid resume. Stints at The Admiral, as a sous chef at Buxton Hall Barbecue and numerous memorable pop-up concepts — including Girls on Deck and Punk Wok at the erstwhile MG Road Lounge; Velvet & Lace at Buxton and last year’s seafood-focused Dive at The Times in the S&W Building — have made them prominent on the local scene.

They’ve also done a good deal of traveling, including a recent stretch working at Mission Chinese Food in New York City with renowned Filipino chef Angela Dimayuga. “I was like 25 when I was a sous at Buxton, and I was really hitting it hard, going for it. Then I got bored, and I wanted to go to New York, so I went to New York, and it was awesome,” Cousler recalls. “But I hated working until 3 a.m. in the city. I had a lot of fun. I really wanted to go there because Elliott [Moss, executive chef at Buxton Hall Barbecue] and I cooked a lot of Asian food, and it was really directing me toward a Filipino practice.”

There have also been a lot of major life changes for Cousler recently. Within the past year, they point out, they’ve gone through both a name change and a pronoun change (they were previously Sarah, using she/her/hers pronouns) and found a romantic partner in Iocovozzi.

“I feel like I’ve probably been in limbo in Asheville for probably a year or two now just trying to get my plan straight. But a lot of that has just been me falling in love,” they explain. “I was really hard on myself, because I’m really ambitious, and I was like, ‘Oh, I’ve just been wasting my time.’”

Here Cousler pauses, then laughs. “God, not wasting my time. I can’t believe I said that. It’s been really good for me to kind of reset and understand why I do what I do. Especially doing Love Songs. It makes me so happy. I’m like, this is exactly what I need to be doing.”

And it’s what they eventually plan to continue doing in the form of a brick-and-mortar Asheville restaurant, once the stars align and the perfect space becomes available. The moment is ripe, reflects Cousler, for a thoughtfully conceived, well-executed Filipino restaurant to succeed in Asheville. “[Love Songs] is like a loose concept on the bigger concept of my dream restaurant, which is really close to fruition but I still have some work to do. I have a really good plan now,” they say.

Cousler envisions a small space — not more than 50 seats — with an open kitchen and a chef’s bar where they can cook specifically for customers interested in that experience. “I really want to have a fire program and a preservation program,” they continue. “And a new menu every month or every couple of weeks.”

And hitting that perfect blend of authenticity and creativity is crucial to Cousler, as is properly representing the cuisine to Asheville diners. “Love Songs is important to me because it’s a lot of people’s first time eating Filipino food,” they say, noting that the flavors and textures can be surprising and even challenging for uninitiated palates.

“There are so many abrasive flavors in Filipino food — lots of vinegars, sours, fermented fish, lots of really deep fermented flavors,” they explain. “I think we can get there. If I can hone people in and get them to trust me, we can get weird. But I don’t want to get weird right off the bat, because then they’re just going to think Filipino food is gross, and that’s not fair. I want to present the food in the best way.”

They mention balut, the boiled, fertilized duck egg dish that’s one of the Philippines’ most infamous culinary offerings. “It’s good. I mean, it tastes just like chicken,” says Cousler. “But it’s that psychotic bird texture — it’s real! But that’s what I love about it.”

There are also subtler, less in-your-face Filipino foods, though, that are of broader, more immediate appeal, such as the pan de sal (soft yeast bread rolls) they served with cured butter at the first Love Songs dinner. “It’s just really simple, but it’s from the heart and with thought — bread with thought,” they say. “I struggle making our menu sometimes, because I really care so much about it.”

But they add that there’s an inherent difficulty in cooking “authentic” food from a country that’s an archipelago of thousands of islands with historic influences from India, China, Spain and the United States, among others. “It’s so hard to present a cuisine that’s so up to being butchered; it’s so ambiguous and so regional,” they muse. “Like, everyone has their mom’s pancit (a noodle dish) that they make differently. But that’s kind of the fun thing about Filipoino food is that you can do whatever you want, and it just is what it is.”

Beyond the cuisine, Cousler hopes to create a business focused on equity and inclusion that’s a welcoming space for the local Filipino community. “There are a lot of people of color in the South, but there aren’t a lot of people representing the cuisine,” they say. “I want to do an important thing for Filipino food. I’ve been thinking about this for a long time and manifesting it, and I know it will come to fruition.”

They also hope to foster a movement for social change among chefs and restaurants in the South. “I’m missing more people of color [in Asheville], I’m missing a gay community, a trans community, or just more outlets to provide food and talk about food and not feel like I’m the voice. I want collaborators. I don’t want to feel like it’s on my shoulders, which I do feel like it is. But I’m up for it.”

WHAT: Love Songs
WHERE: Gan Shan West, 285 Haywood Road. ganshangroup.com or  @silverandcherrys_lovesongs on Instagram
WHEN: 6-10 p.m. or until the food runs out, Sunday, Oct. 27 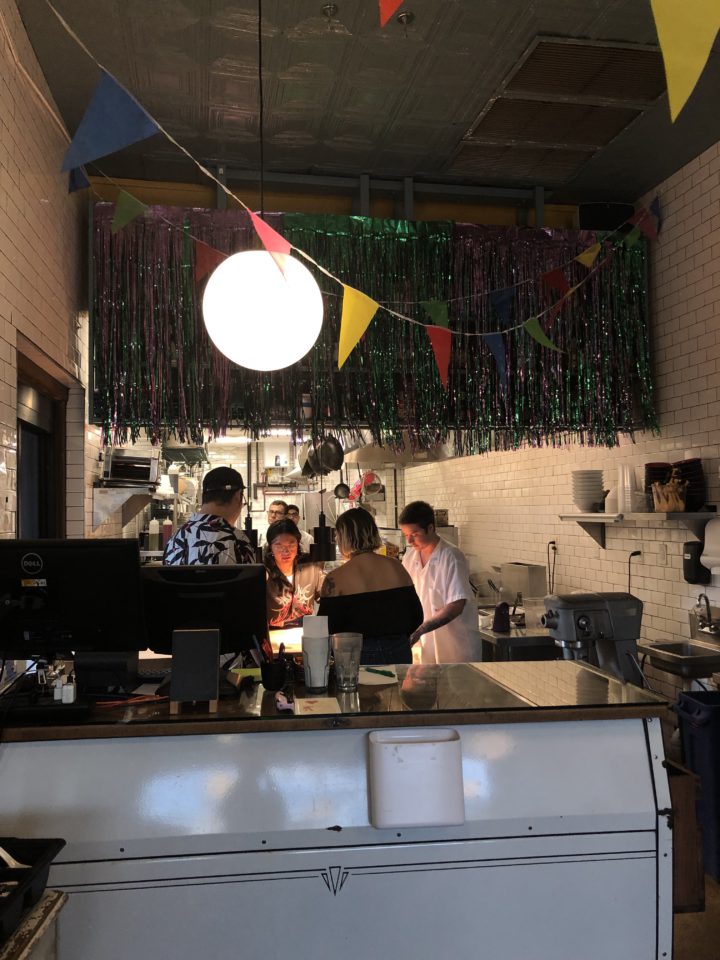 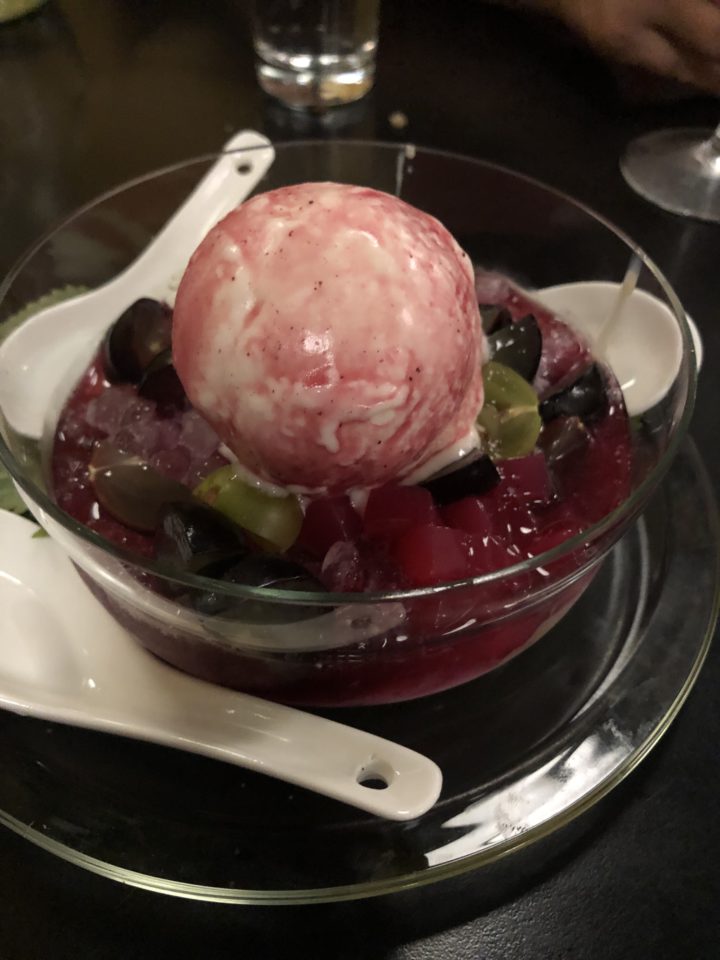 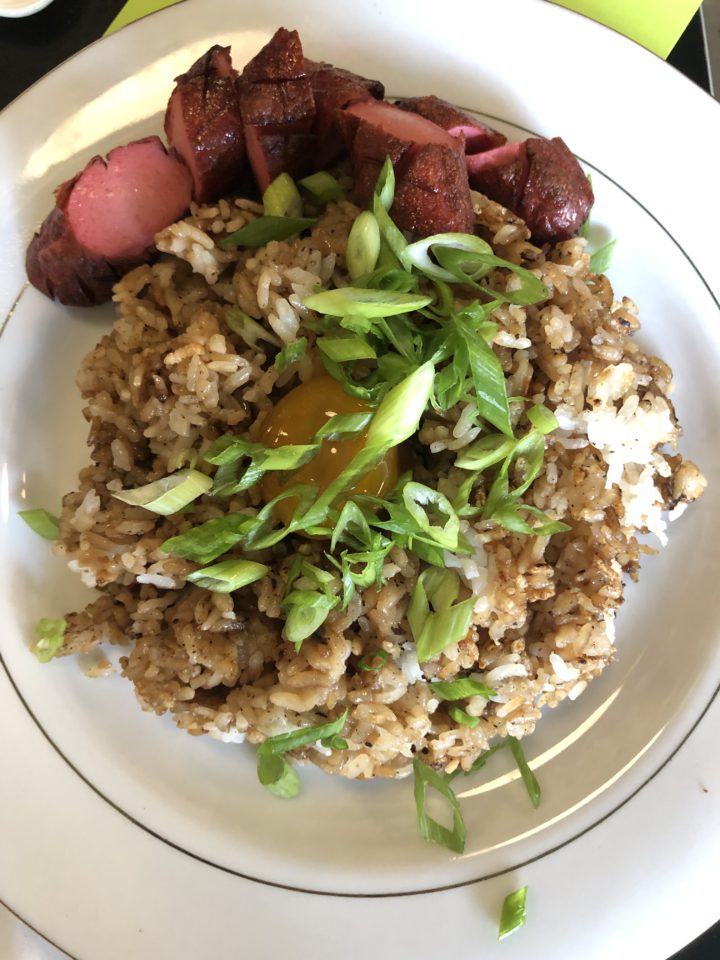 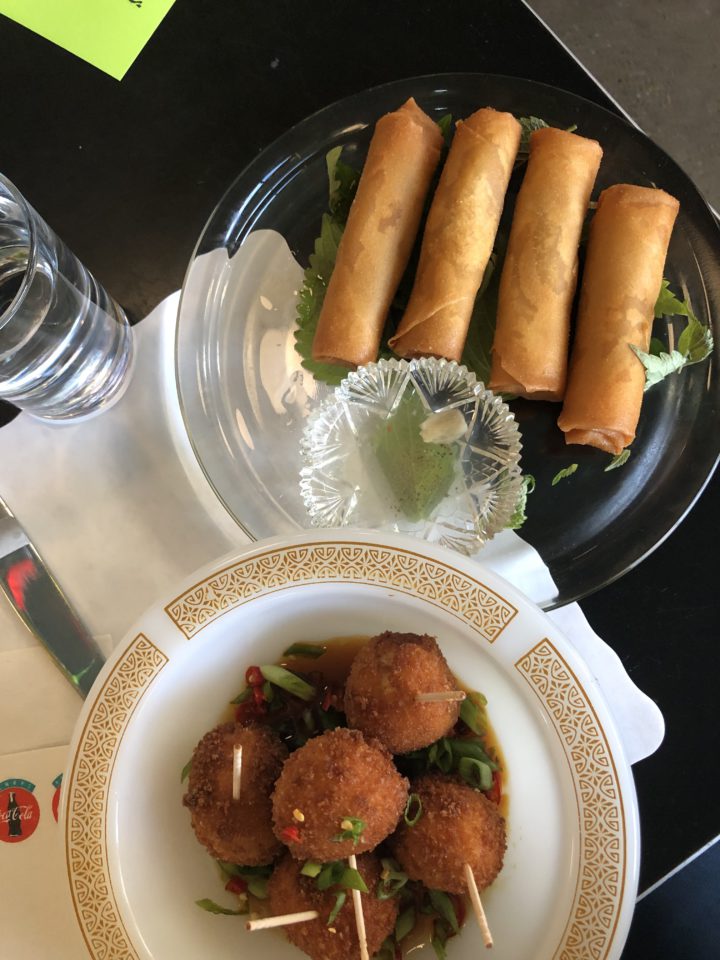