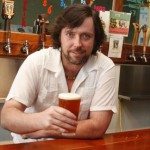 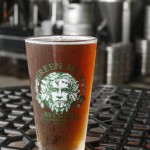 Green Man Brewery beers can be found all over town, most notably at Jack of the Wood pub and Green Man’s tasting room, aka Dirty Jack’s, where the brew is made.

In WNC, we’ve got mountains, an agreeable climate, good food and a thriving beer scene, complete with brew-centric festivals. What more could you ask for? Someone to drive you around from brewery to brewery while you liberally sample? Well, we’ve got that too.

Brews Cruise, started by Asheville local Mark Lyons, provides an insider’s take on the best of local beer. With a designated driver included in the package, it’s a win-win situation. Jump on board one of the Brews Cruise vans or strap on your sneakers for a guided walking tour of downtown Asheville’s craft-beer scene. It’s tipsy — but safe, good fun. And with 10 breweries in the area (and at least two more on the way) there’s plenty of local flavor to sample, whether you’re a seasoned beer connoisseur or a curious newbie. brewscruise.com/asheville

It’s not necessary to take a formal tour to witness all this area has to offer in the way of breweries. Should self-guided brewer-ism be more your speed, here’s a list of sudsy area attractions to visit at your leisure.

Asheville Brewing Company’s beers are brewed in two locations, one on the north side and one downtown. The downtown production facility is expanding to facilitate canning some of the ABC’s brews. The original location (675 Merrimon Ave. 254-1281 ashevillebrewing.com) offers a family-friendly atmosphere and $3 second-run movies, while the second locale (77 Coxe Ave. 255-4077) sports an awesome patio. The award-winning Ninja Porter is a local fave.

French Broad Brewery’s small-but-busy tasting room rocks the music and the beer scenes. With live music several nights a week, plus a great location on the other side of the tracks from the Biltmore Village, French Broad keeps south Asheville and Biltmore Village from getting too thirsty. Try the high-ABV Wee-Heavier Scotch Ale — it’s meant to be savored (101 Fairview Road 277-0222 frenchbroadbrewery.com).

Green Man Brewery got a makeover and facility expansion after changing ownership in 2010. Craft-beer enthusiasts and groups of lively local soccer players hang out at the handmade wooden bar to sample brewer John Stuart’s creations. Try one of the brewery’s cask-conditioned beers (23 Buxton Ave. 252-5502 greenmanbrewery.com).

Highland Brewing Company lays claim to the title of oldest and largest Asheville brewery. They rolled out their first kegs in 1994 and now produce about 20,000 barrels annually. Highland’s new tasting room gives folks a chance to visit the brewery, hear live local music and taste a variety of brewer experiments and the tried-and-true in the three-barrel brewing room (12 Old Charlotte Highway 299-3370 highlandbrewing.com).

Lexington Avenue Brewery, also known as the LAB, offers gastro-pub fare in addition to house-brewed beers. Their beers are only available at the taproom, but the owners are expanding to begin bottle distribution. A large patio along the sidewalk of funky Lexington Avenue makes this an awesome beer-quaffing and people-watching spot (39 N. Lexington Ave. 252-0212 lexavebrew.com).

Pisgah Brewing Company is one of the few all-organic breweries in the country. The taproom regularly features up to 16 taps of their own brew, from Schwartzbier to Imperial Stout, along with the town staple, Pisgah Pale. In the meadow behind the warehouse-based brewery sits a large summer stage that features regional and national acts. Pisgah’s seasonal Red Devil Belgian, brewed with cherries and raspberries, is the perfect beer for lying in the grass listening to the creek babbling in the background (150 Eastside Drive Black Mountain 669-0190 pisgahbrewing.com).

Wedge Brewing Company’s beers are so popular that there’s typically a line snaking out of the small tasting room onto the front patio and down near the railroad tracks of the River Arts District. The Iron Rail IPA and Golem Belgian are must-tastes. Plus, there’s the atmosphere: down by the train tracks, on a patio decorated with artful metal work (125-B Roberts St. 505-2792 wedgebrewing.com).

Also coming in 2011 to our brew-happy town are Altamont Brewing Company at 1042 Haywood Road in West Asheville (already open as a beer bar but brewing some time in 2011) and The Thirsty Monk Brewery at 20 Gala Drive, No. 101 (open as a Belgian beer bar both downtown and in south Asheville, but soon-to-be brewing at the south locale. Learn more at monkpub.com).