This year, the cook-off was sponsored by Biltmore Coffee Traders, Buxton Hall Barbecue, Gypsy Queen Cuisine, Jesse Israel & Sons and TacoBilly. Sponsors each made a donation of $50 to cover supplies and ingredients for both classes, and a representative of each business held a seat at the judges’ table to sample the food and share their professional experience.

As part of their FEAST classes, students helped raise the seasonal garden items used in the cook-off such as mint, thyme and kale, which were grown in the school’s greenhouse. For the event, the fourth-graders formed teams and chose recipes to prepare and serve to judges.

The contest required the kids to work as a team with each member taking a specific role. Jobs included health inspectors who made sure everyone washed their hands and cleaned up afterward, recipe defenders who presented and explained the dishes to the judges, a measurer and a pair of ingredient adders.

Each team had to stay within a $10 budget and was judged on use of seasonal and healthy foods, creativity in presentation, best use of garden ingredients and how kid-friendly their dish was. Teams had workstations for preparing their dishes and 30 minutes to create and plate their food before presenting it to the judges.

All of the teams sported creative names that the kids came up with, including the Camo Chefs in Charge, The Awesomers and the Crazy Exploding Cravers. The recipes from each team were compiled by a parent helper into handmade cookbooks that were available for $3 each at the event. As prizes, all teams received copies of the Appalachian Sustainable Agriculture Project’s Local Food Guide for Kids and packets of seeds donated by Jesse Israel & Sons.

Rebecca Shaw‘s class was judged by Shaw and teacher Vince Floriani as well as TacoBilly chef Neiman Beadle. One student team, The Blenders, presented its version of a tropical smoothie made with oranges, apples, vanilla and coconut milk with a mint-leaf garnish.

Floriani asked the students if they helped make food choices at the grocery store. The Blenders’ recipe defender, Leah Wyrick, responded, “Yes. My mom wanted to buy strawberries at the store, but I said they weren’t in season, so they probably had chemicals on them to keep them fresh.”

Tommy Seijo‘s class was judged by Gypsy Queen Cuisine chef and owner Suzy Phillips, Laura Telford of Biltmore Coffee Traders, former Short Street Cakes owner Jodi Rhoden and Seijo. One of the more complex offerings in round two was presented by The Warriors team who created a grilled plum, goat cheese, chickpea and field greens pizza in a toaster oven.

For their efforts, The Warriors received the award for the Most Balanced, Seasonal and Healthy dish. The judges described it as “a really nice combination of a full and healthy meal as well as good use of the seasonal items by adding kale on it. Our mouths were watering when we saw that come to us.” 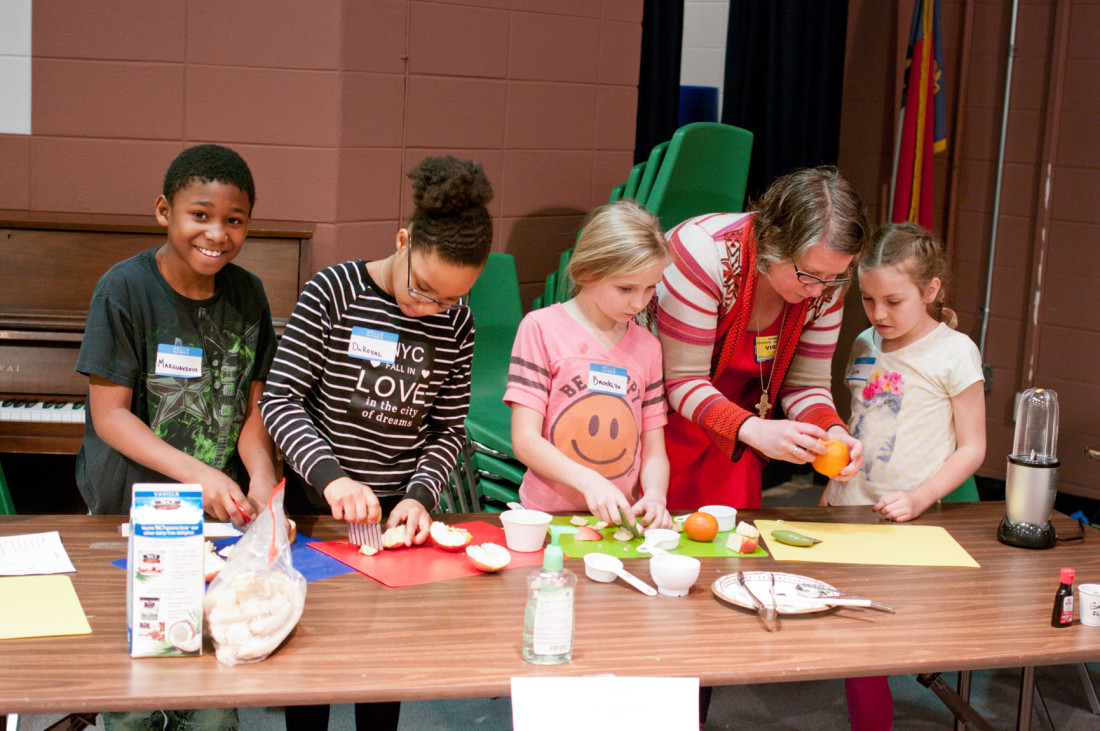 The Blenders prepare a tropical smoothies. The team was awarded Most Kid-Friendly. 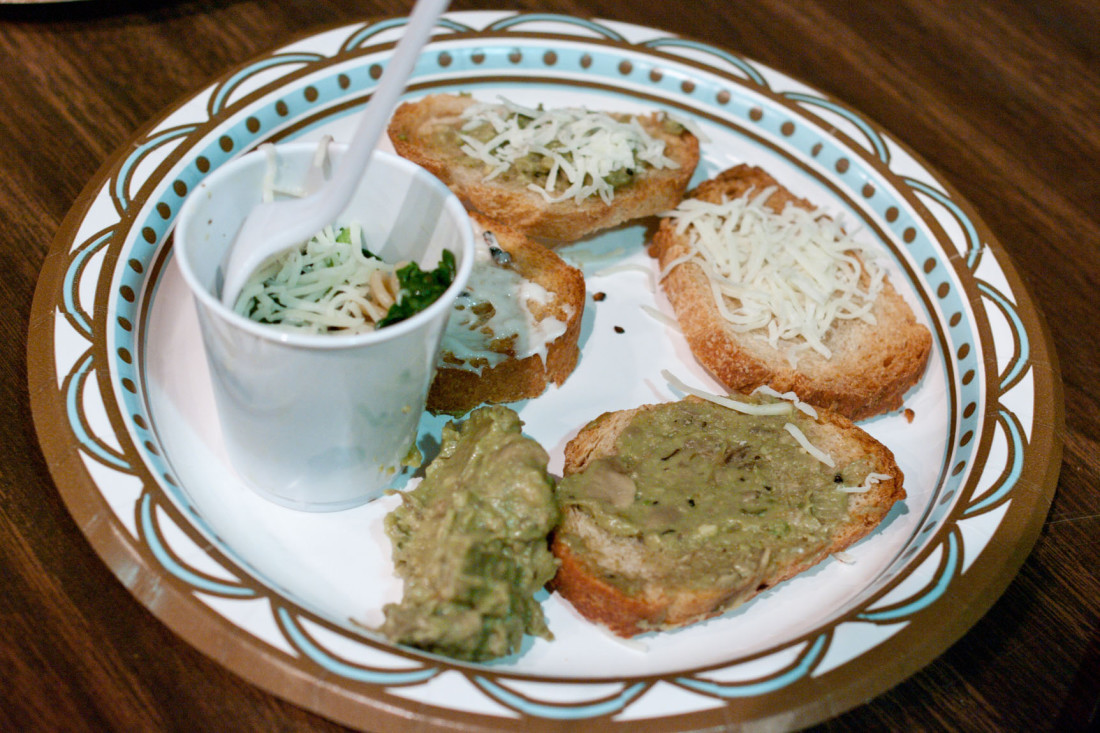 The Camo Chefs in Charge were awarded Most Balanced, Seasonal and Healthy for their whole grain pasta salad with kale, spinach pesto and garlic bread with avocado dipping sauce. 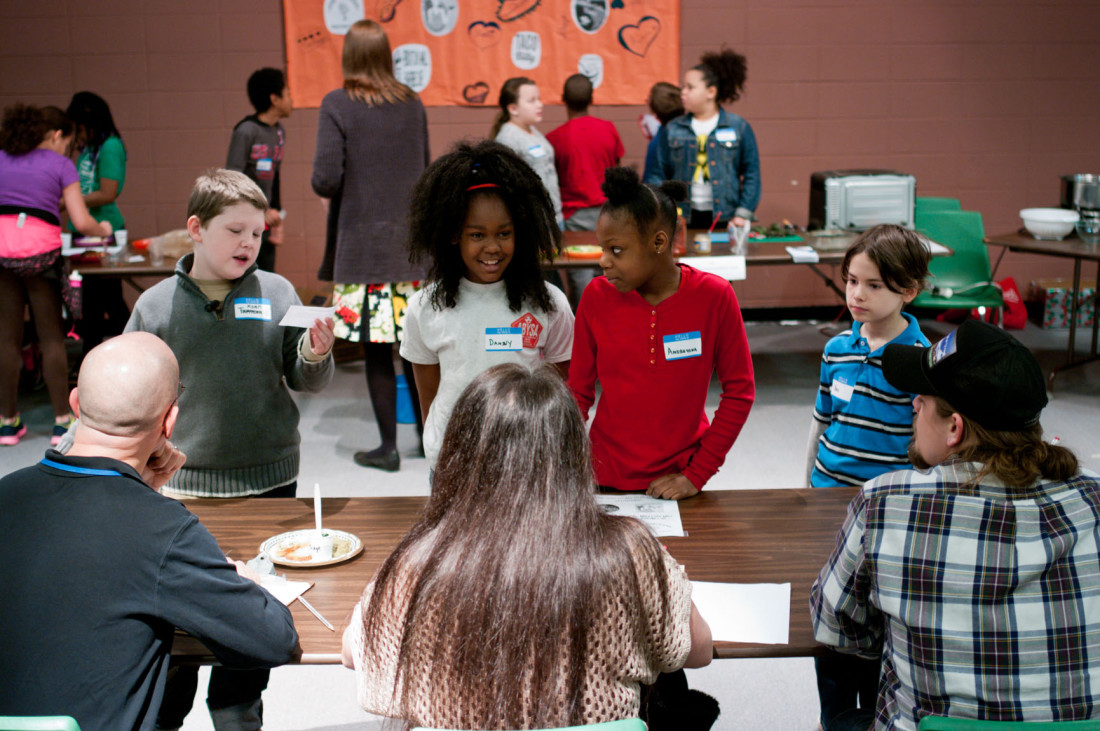 The Camo Chefs in Charge present their dish to the judges and answer questions. 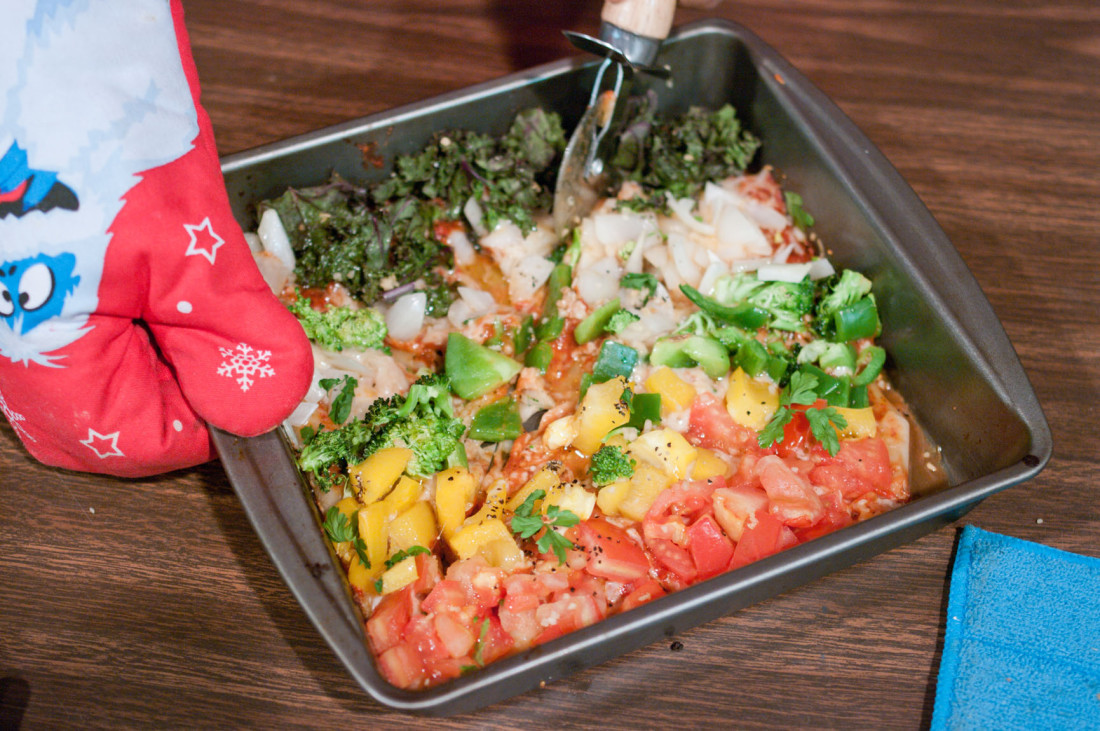 Team Rainbow Flatbread was awarded Most Creative for its flat bread pizza with tomato, peppers, broccoli, onion and kale. 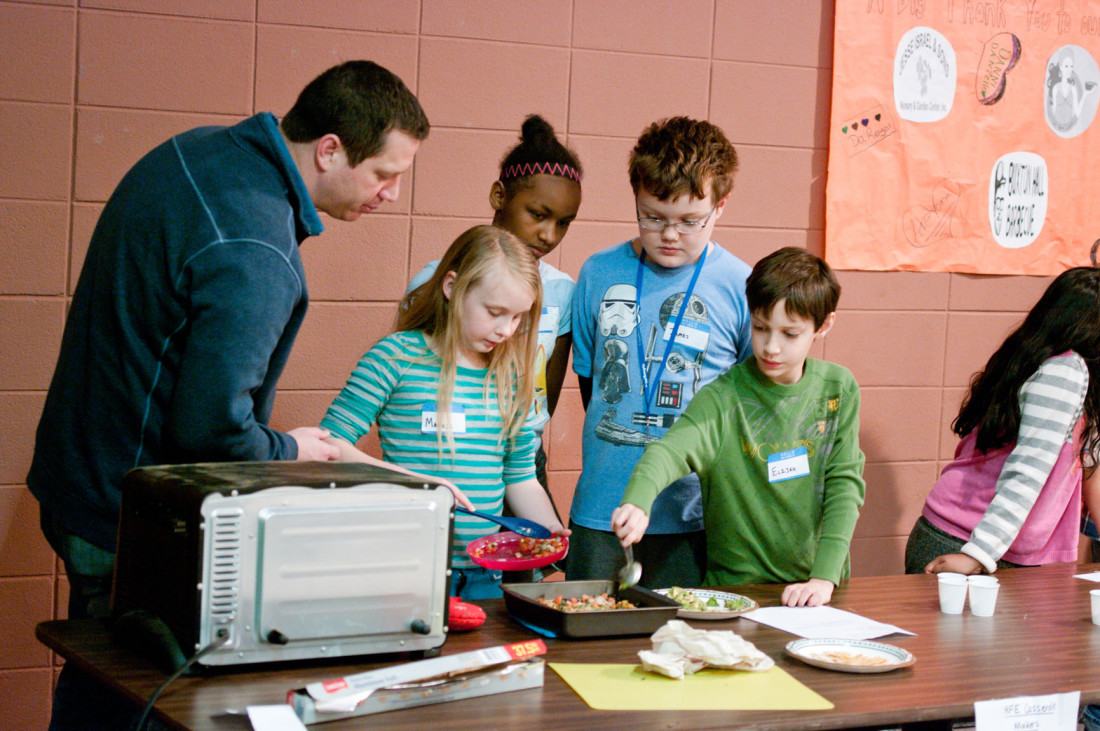 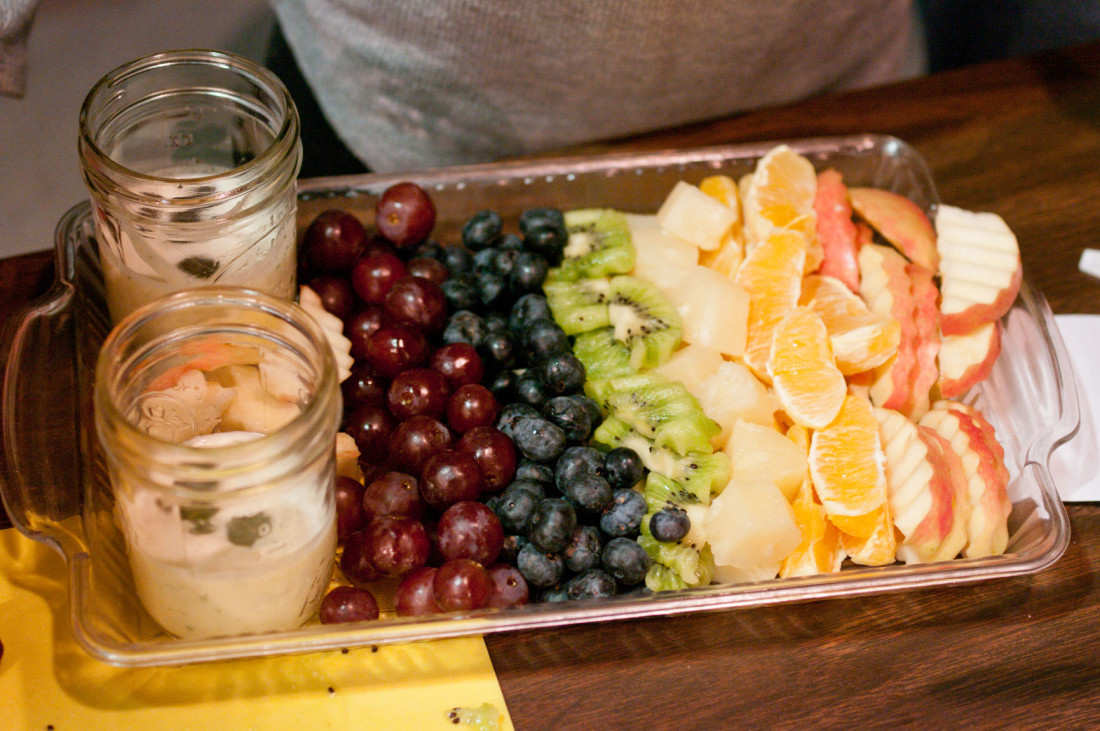 The Awesomers were awarded Most Kid-Friendly for their round and an honorable mention in the Balanced/Seasonal/Healthy category for their rainbow fruit tray with pot ‘o gold honey dip. 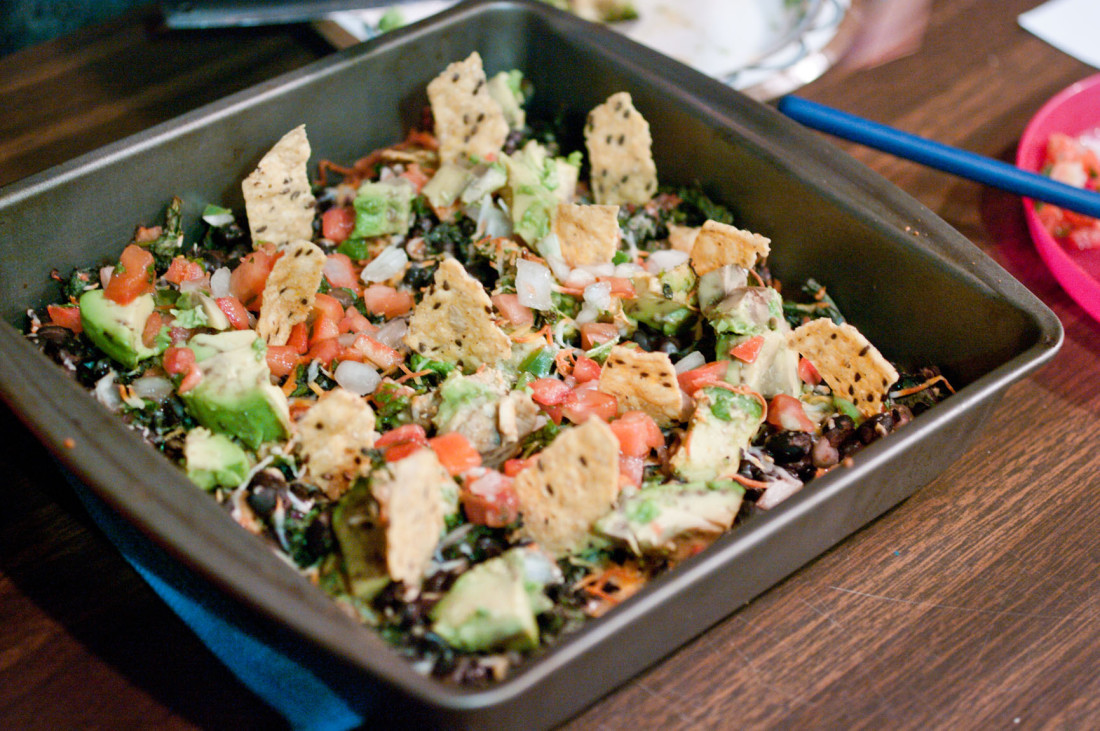 Nacho casserole with black beans, avocado, tomato, cheese and nacho chips by the HFE Casserole Makers team was awarded Most Creative dish for round two. 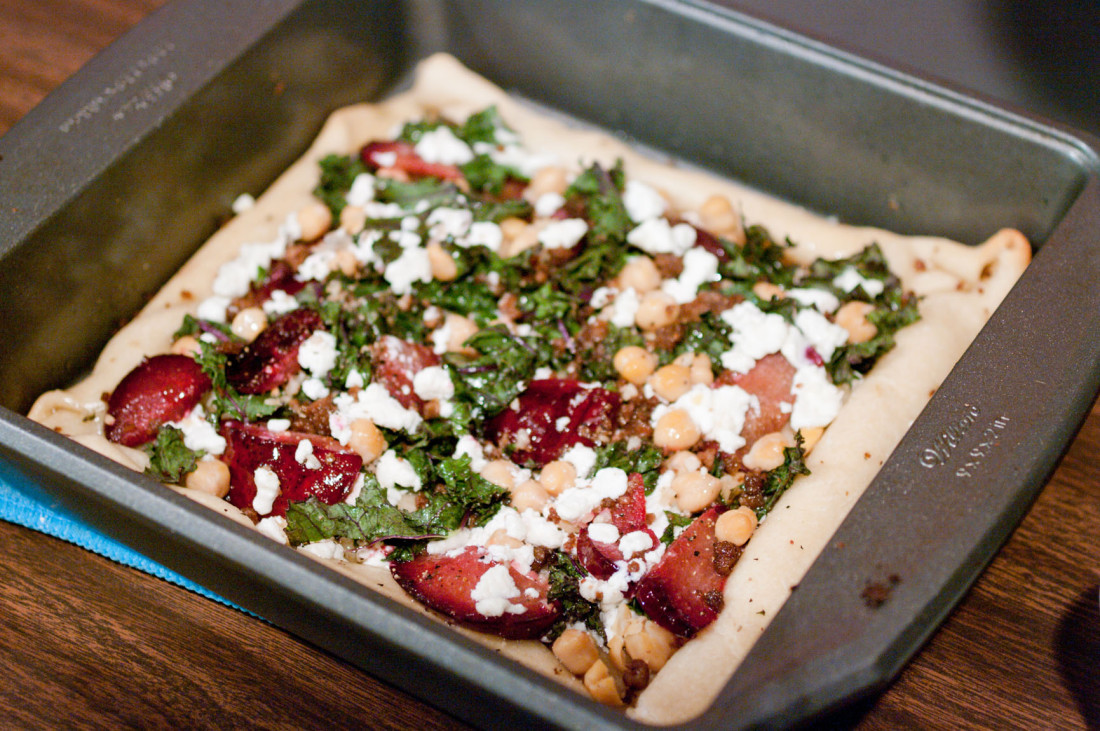 Grilled plum and goat cheese pizza with chickpeas and field greens from The Warriors team. 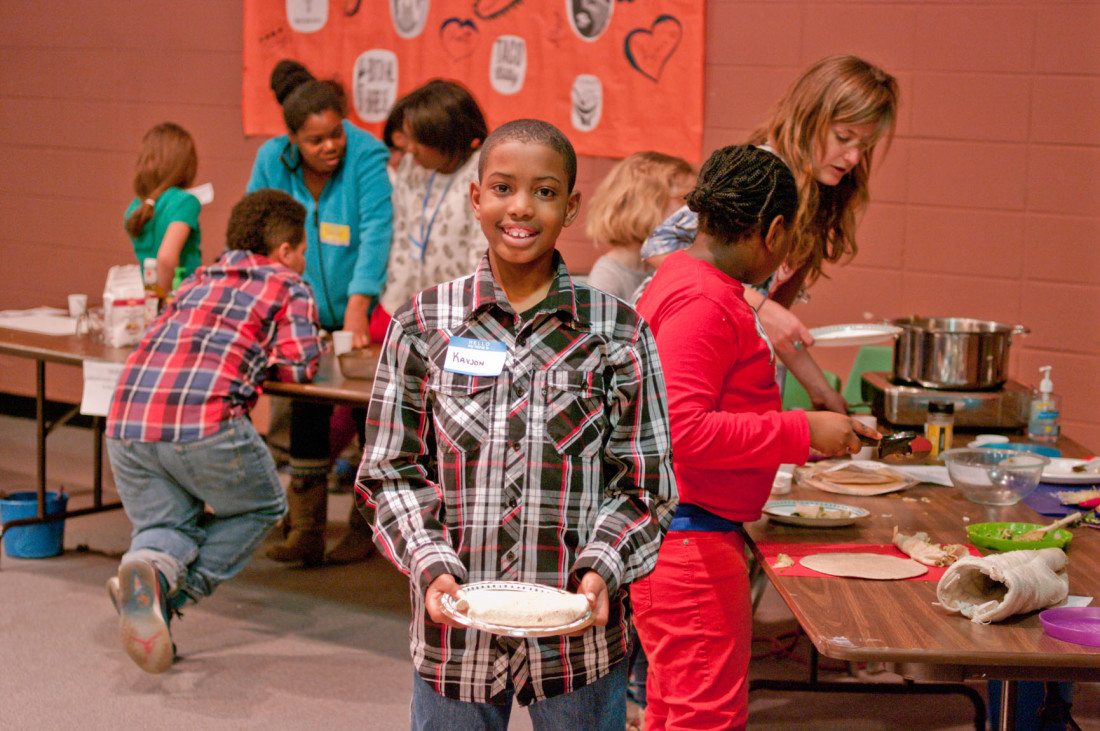 KIDS IN THE KITCHEN: Kayjon Walls shows off the veggie burrito he and his teammates created for Hall Fletcher Elementary’s third annual Star Chef Junior Cook-Off. 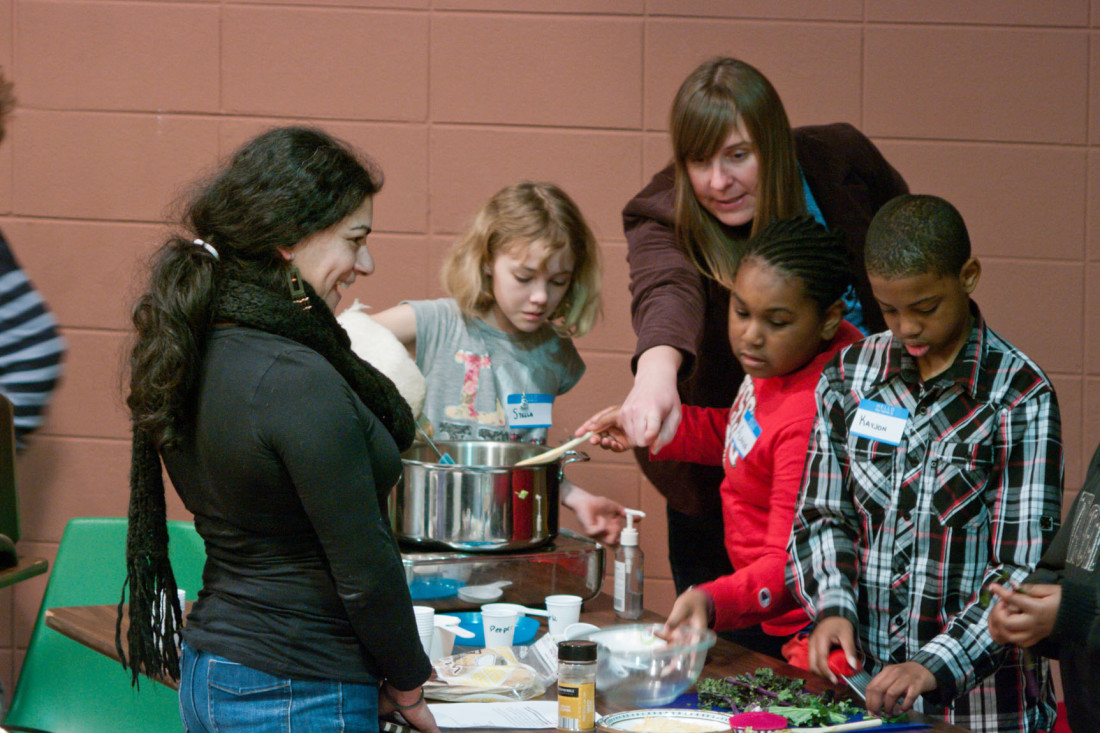 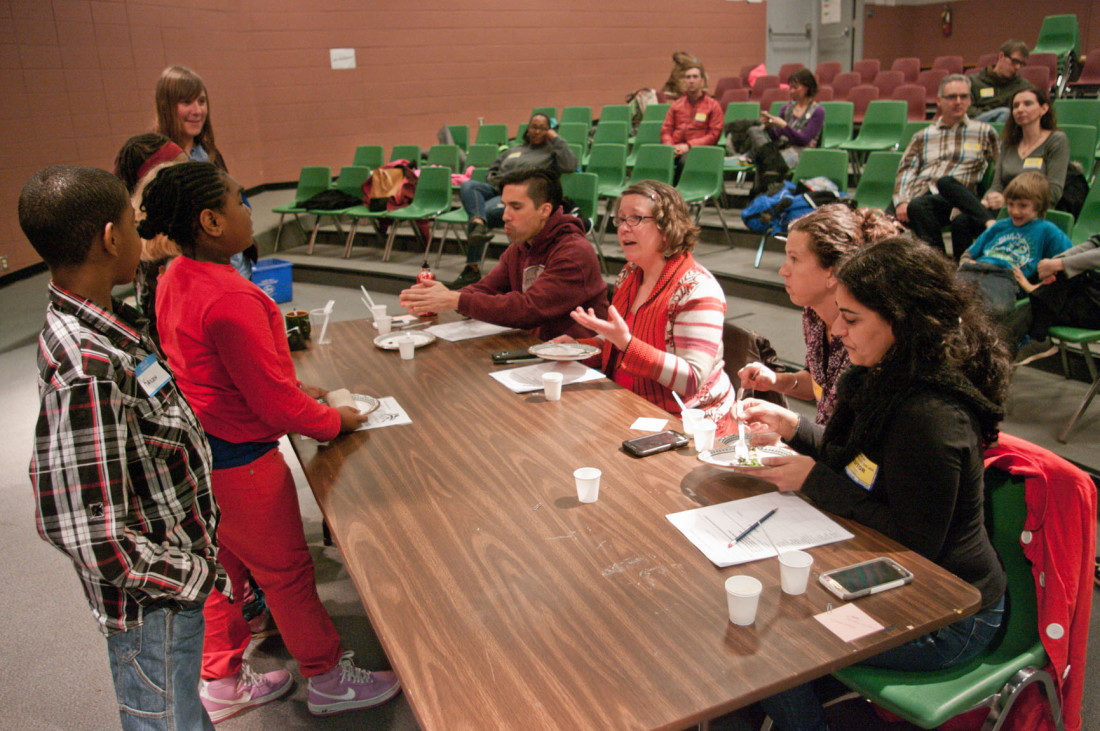 The judges ask the Crazy Exploding Cravers team members about their burrito. 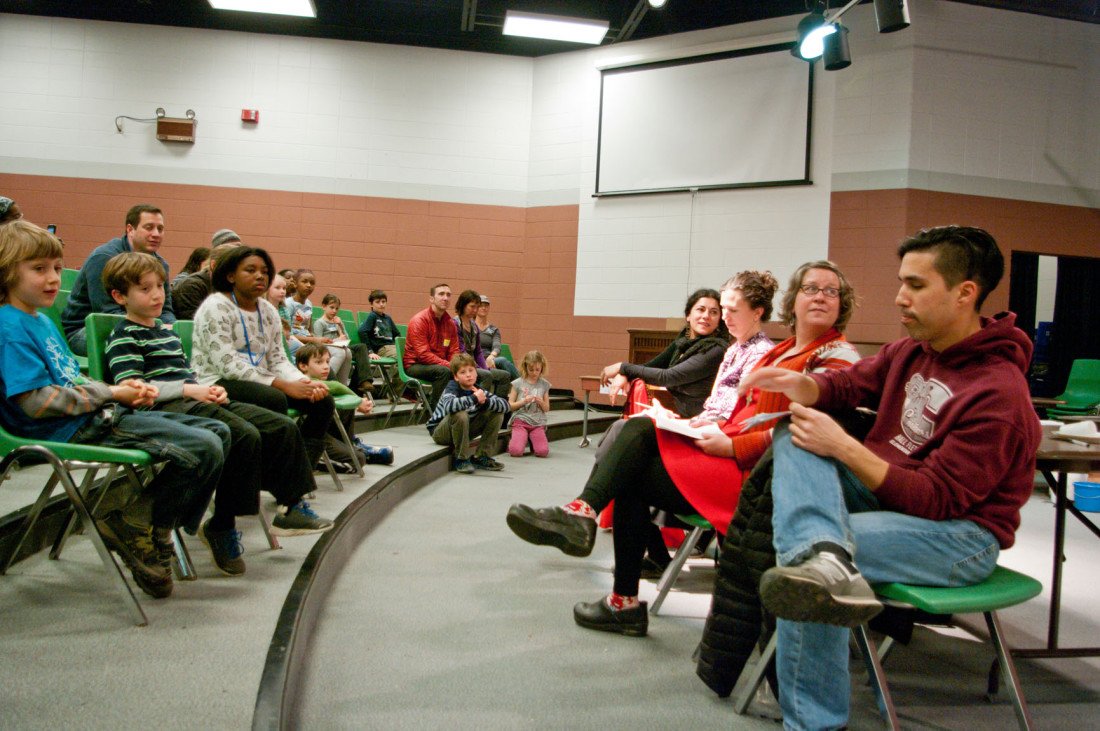 The judges of round two offer their comments and awards for each team.