For the past few years, Just Brew It functioned as the unofficial kickoff party for AVL Beer Week. It’s hard to beat more than 50 homebrewers serving some of the best beer around. Yet this year the event will wrap the week rather than begin it. Someone needed to fill the void.

Highland Brewing Co. stepped up and hosted a kickoff party that went the extra mile. Instead of debuting a new beer or two, the brewery unveiled a whole new taproom.

Highland already has one the best outdoor spaces for a beautiful Friday night. The meadow has evolved into a relaxed place where locals can kick back with a craft beer, enjoy live music and grab something tasty from a local food truck — all without having to fight through a crowd.

Yet Highland’s new space might be even better. With a separate entrance to the left of the main taproom, “the rooftop” packs in more than the name suggests. As soon as you walk in, you see the first bar, along with a stage for live music. After climbing the first set of stairs, you reach the indoor mezzanine, which features plenty of seating, a second bar and windows overlooking Highland’s massive new packaging hall. Then there’s another set of stairs, which leads up to the rooftop. (Don’t worry, there’s another bar up there as well.)

Once you’re on top of the building enjoying the mountain views, you notice something else: There are no children. While Highland’s meadow is a great many things to a great many people, saying it’s “family-friendly” is putting it mildly. The rooftop now offers a separate space for those without kids in tow.

Still, there was a local-beer family feel to the kickoff party, where it was hard to walk across the roof without running into someone you know. Thanks to Highland for hosting. See you on the rooftop.

The Highland Brewing rooftop will be open the same hours as the main tasting room going forward. Visit highlandbrewing.com for more information. 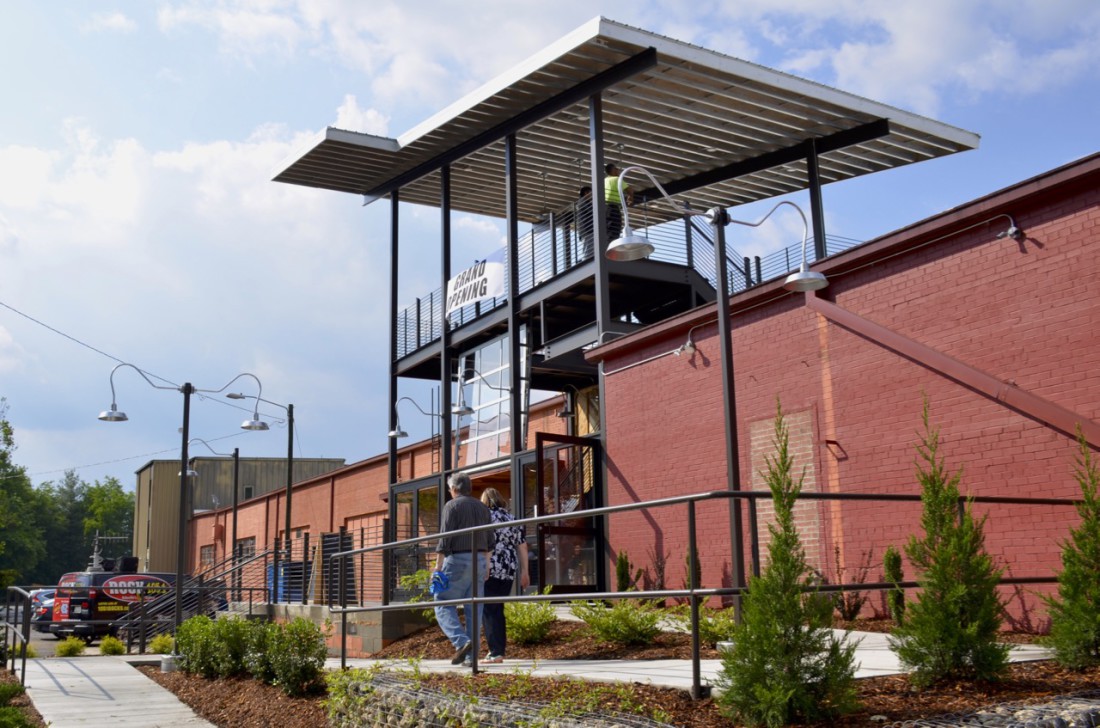 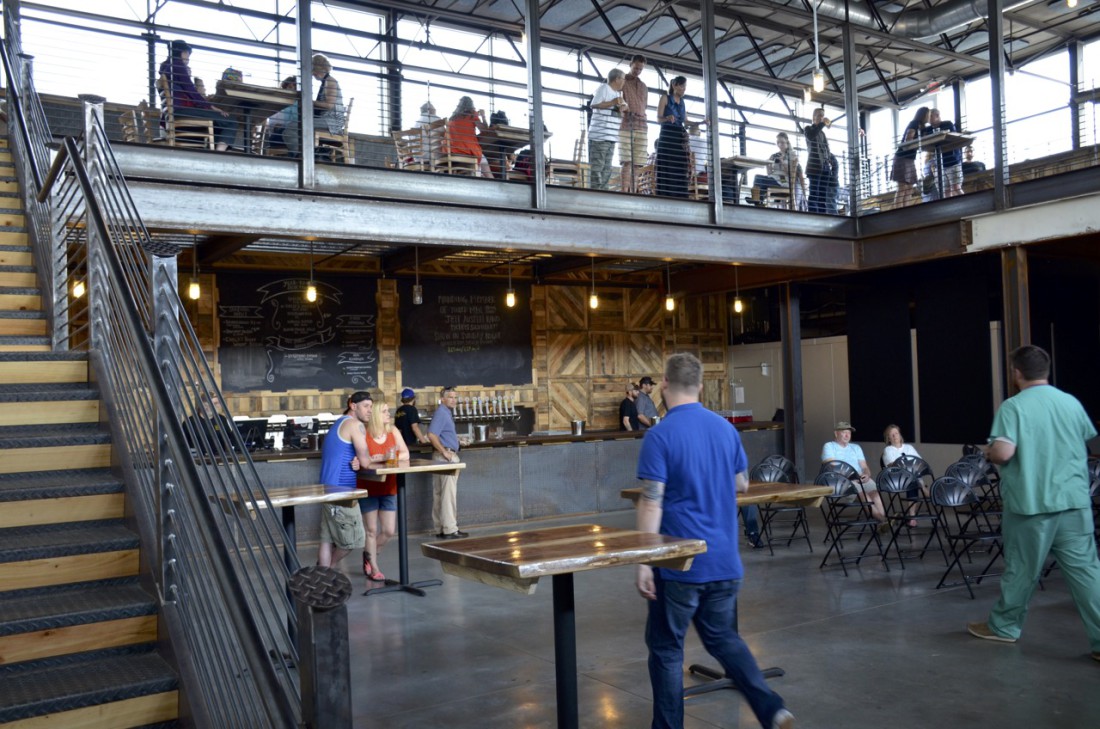 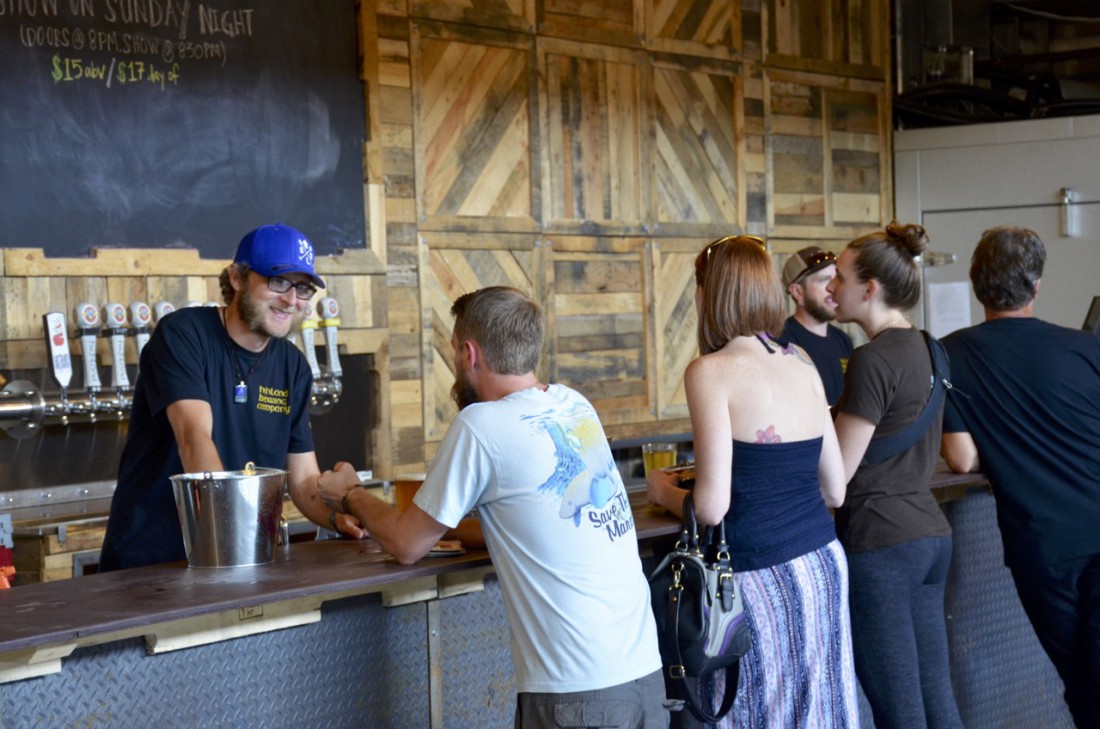 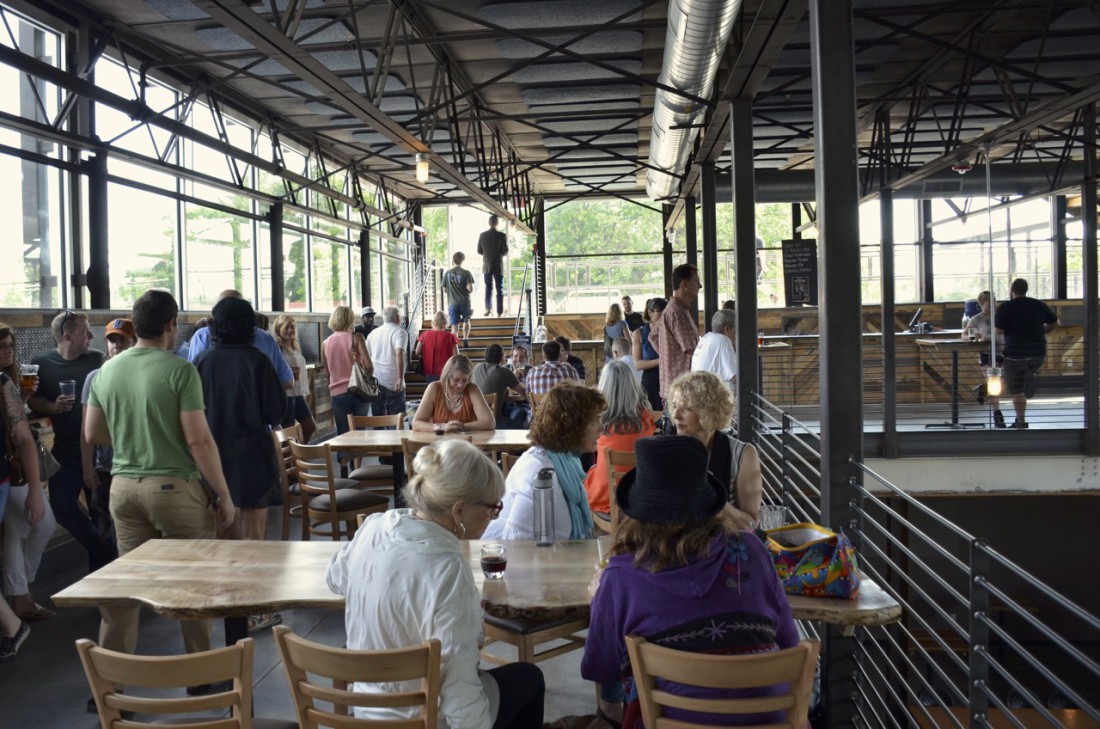 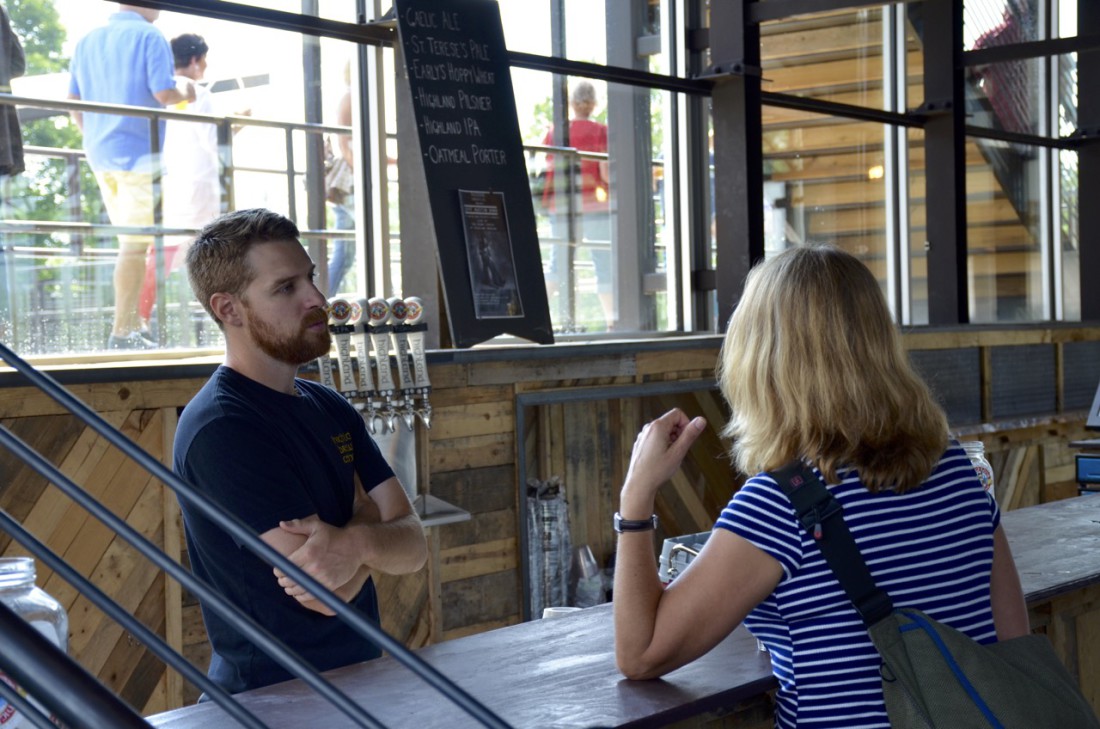 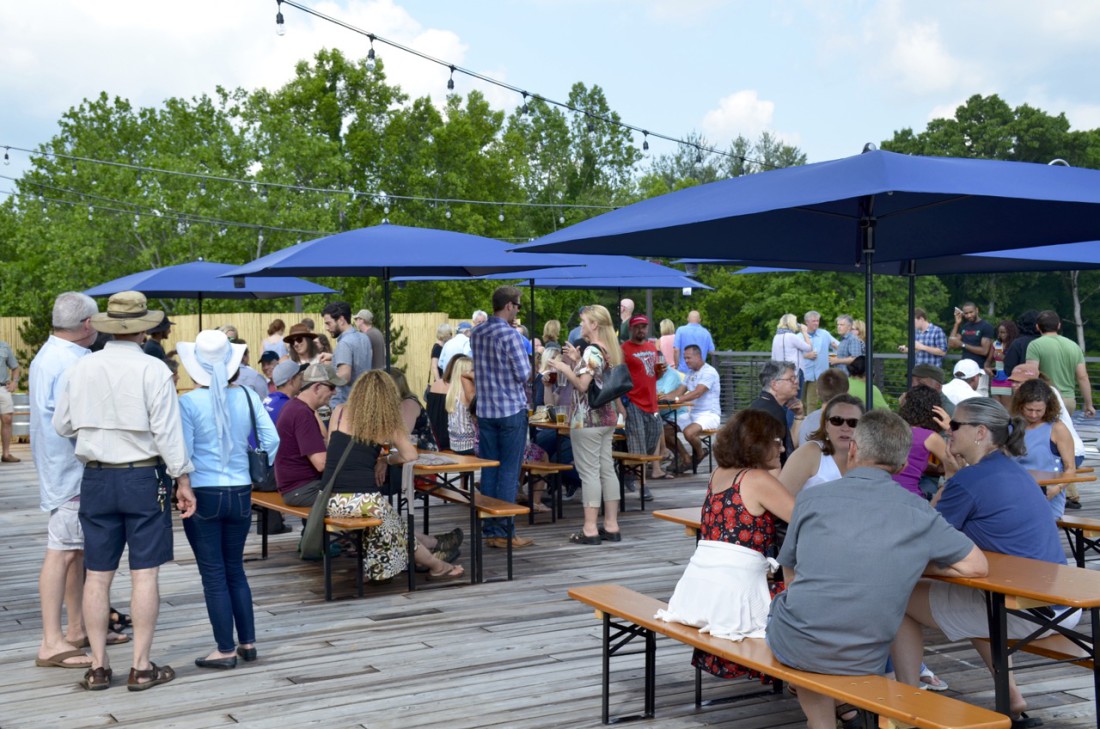 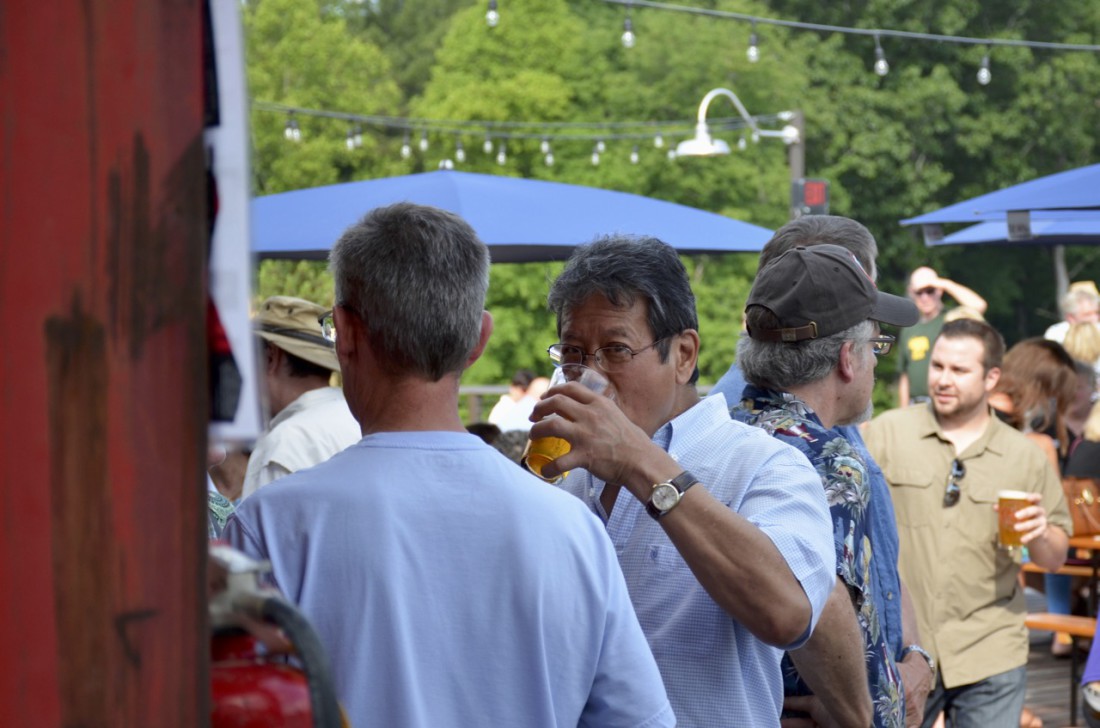 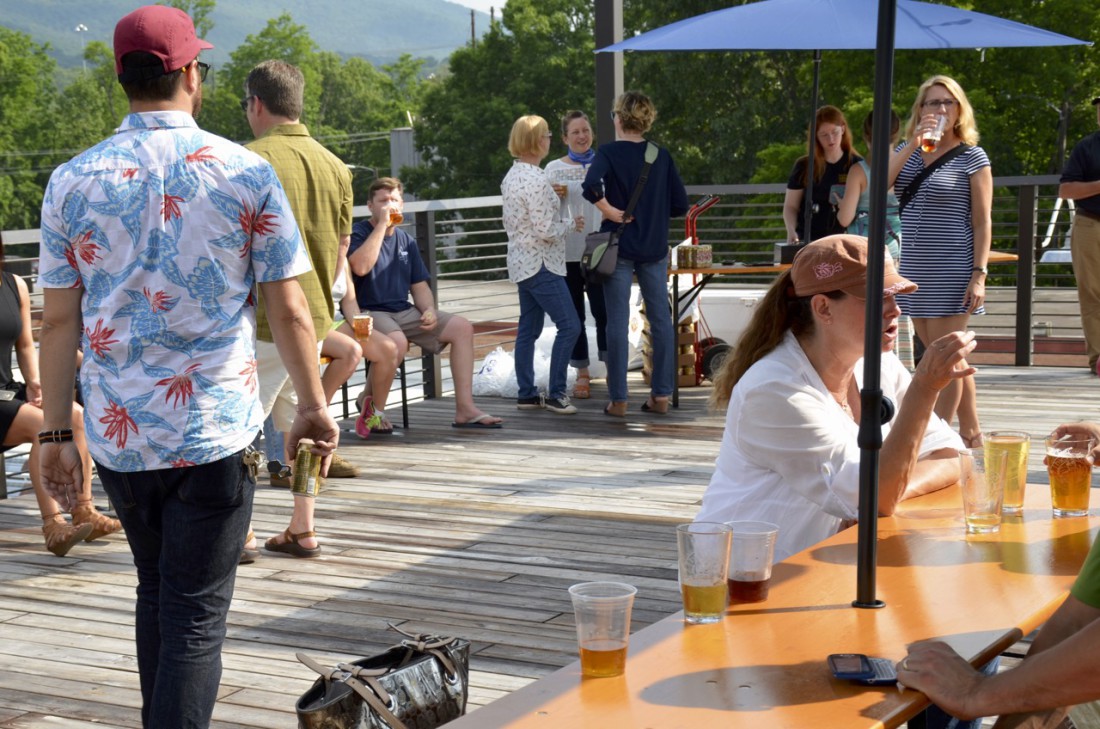 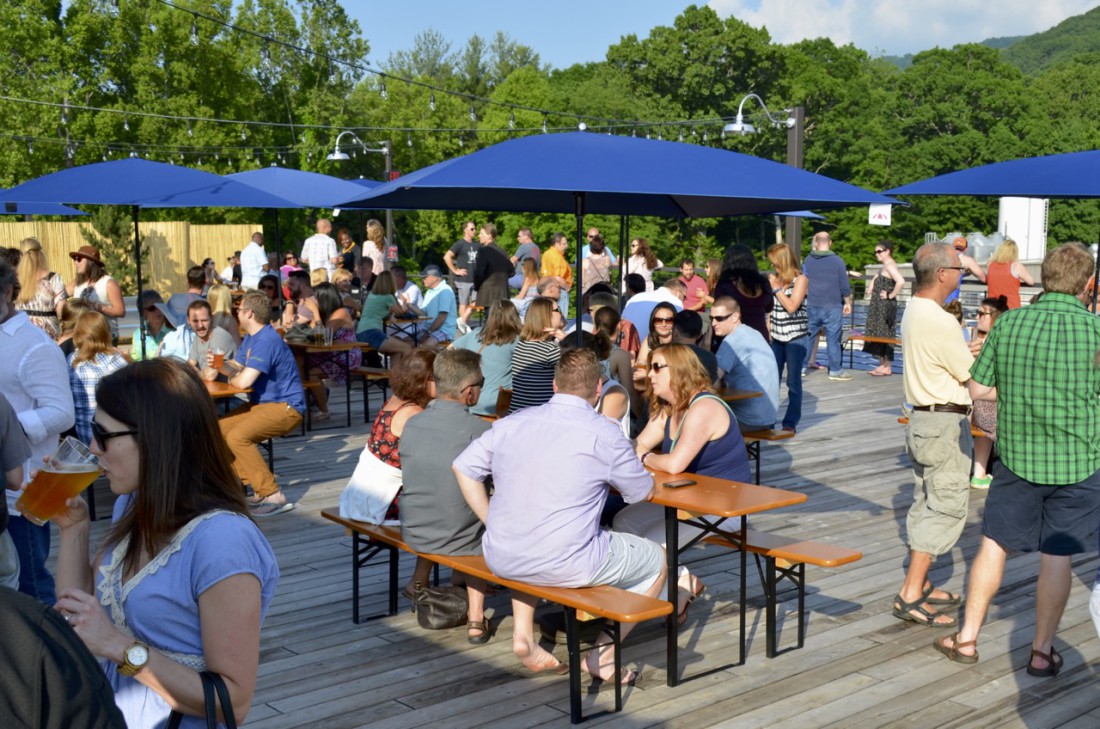