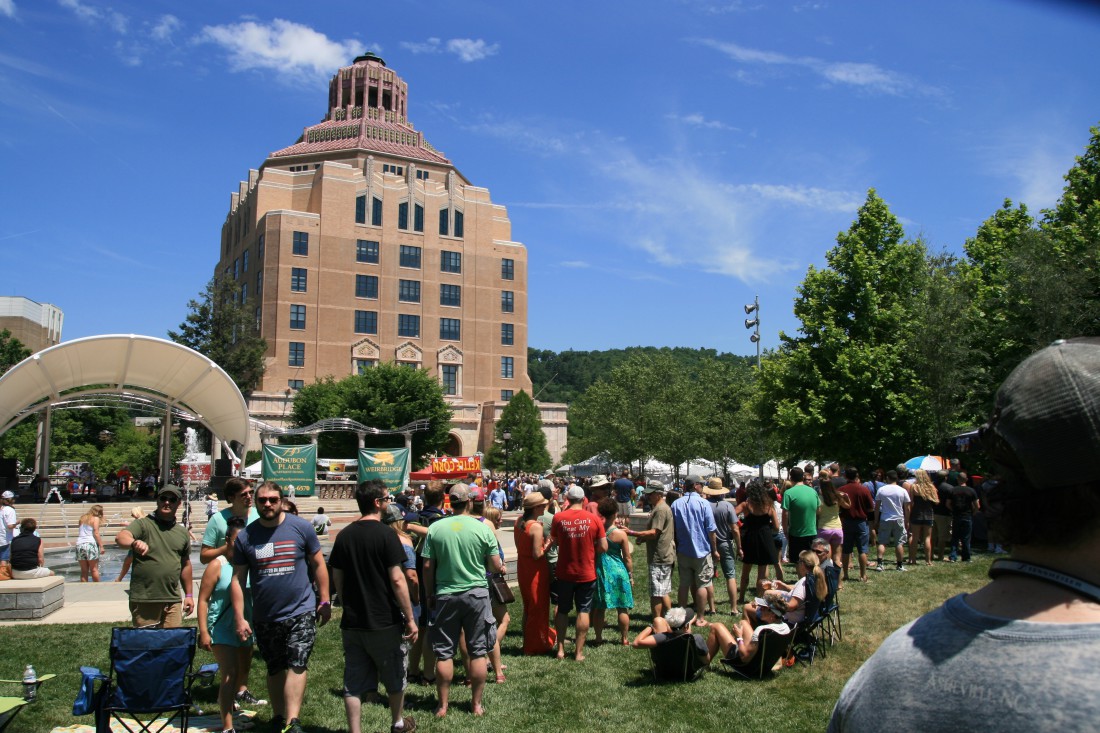 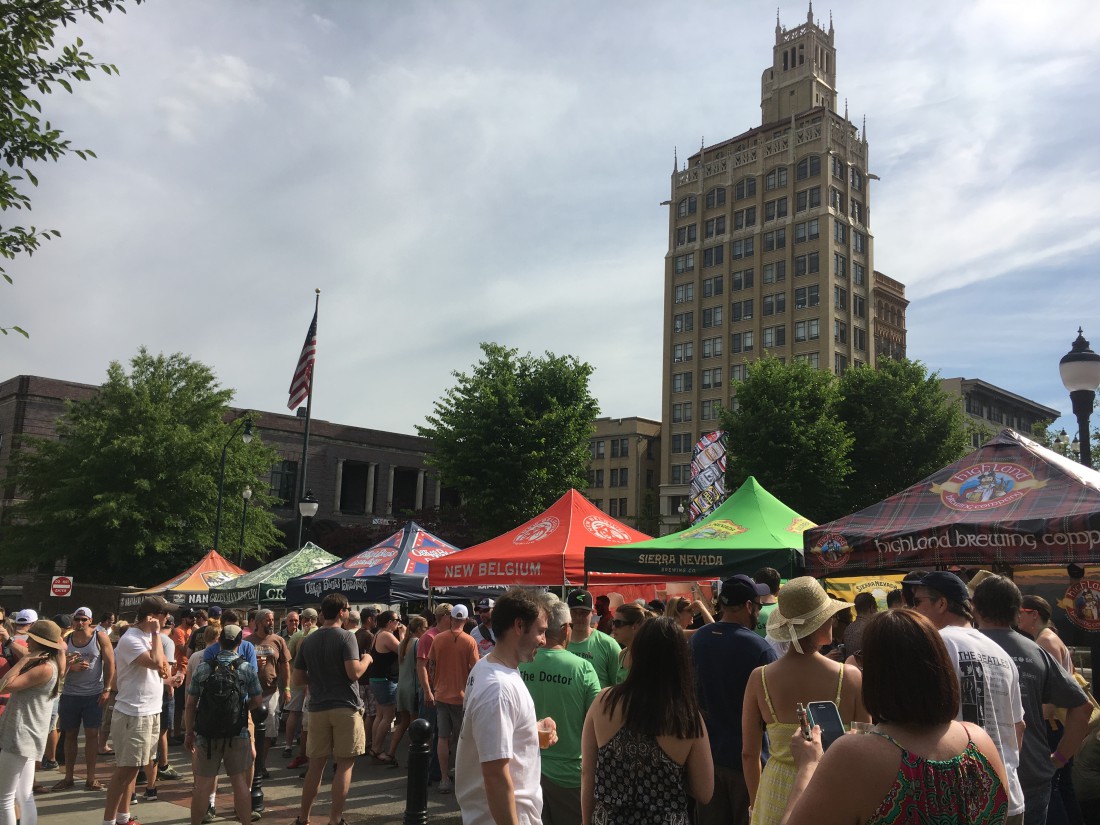 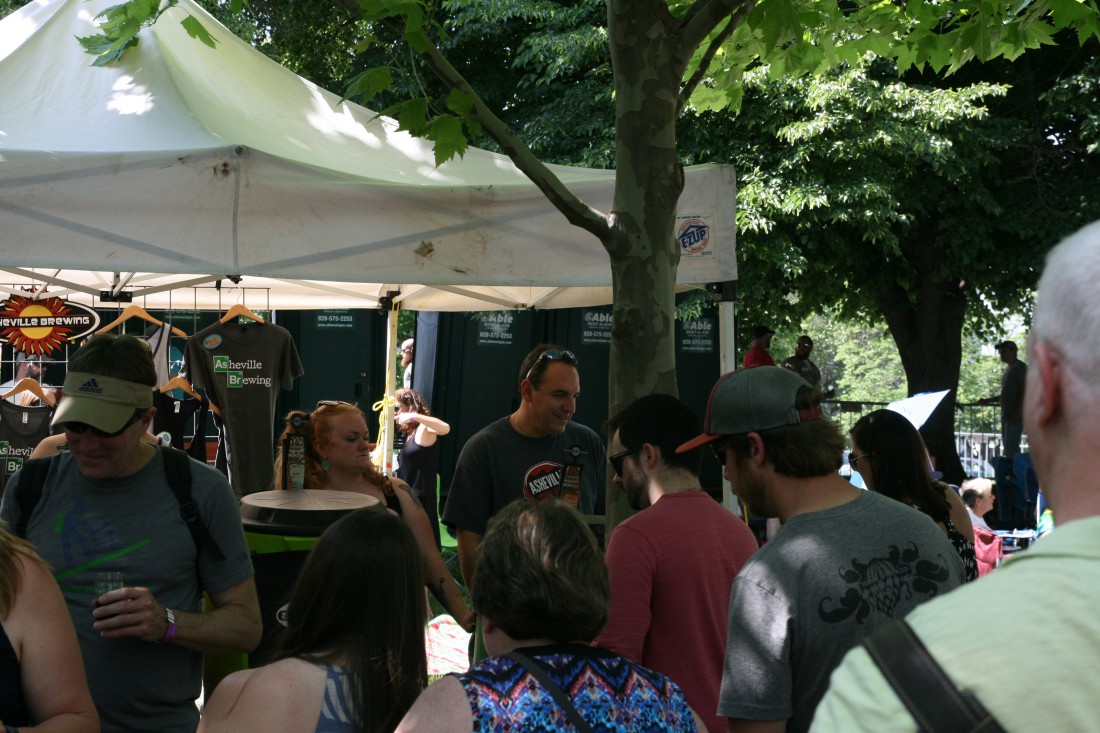 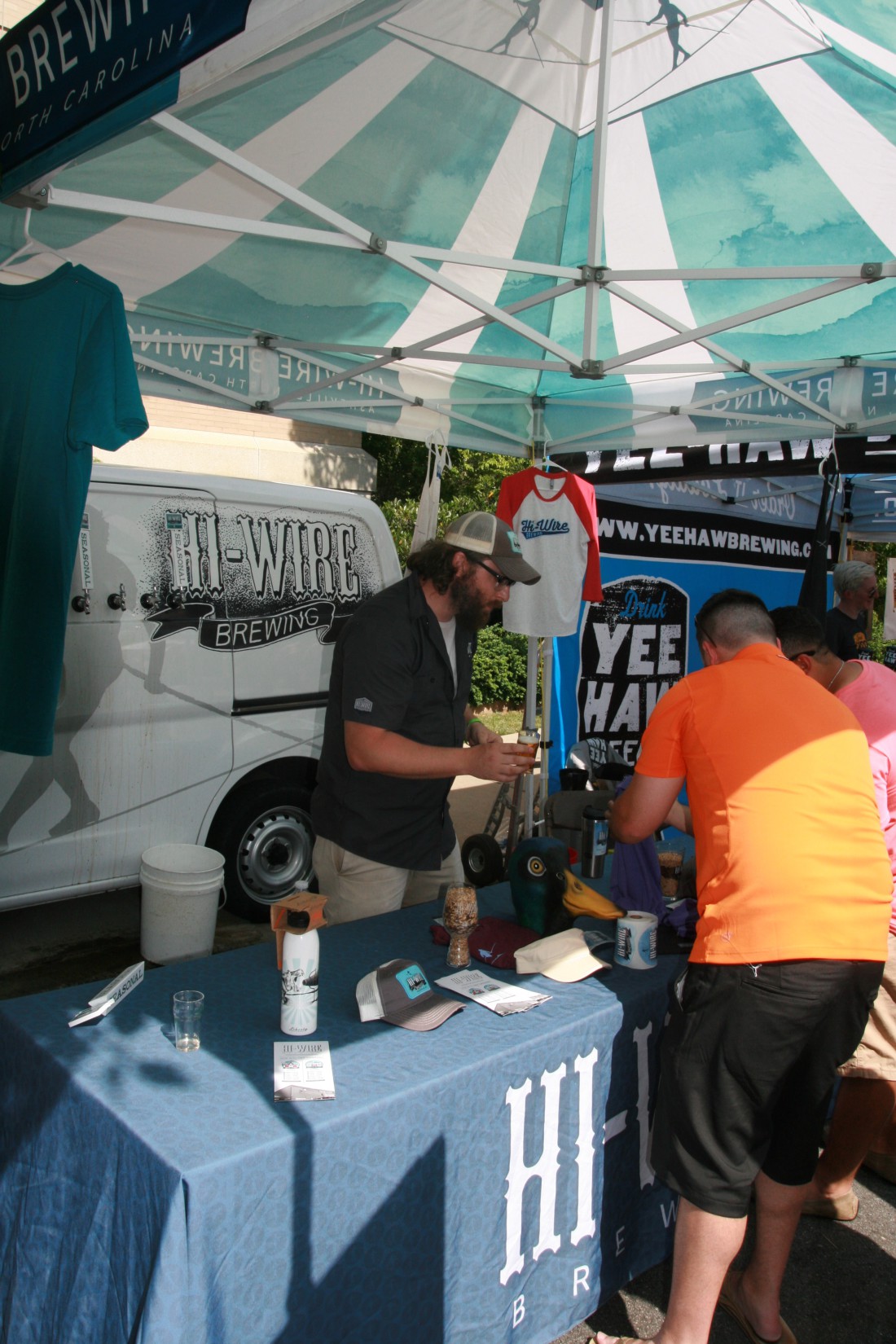 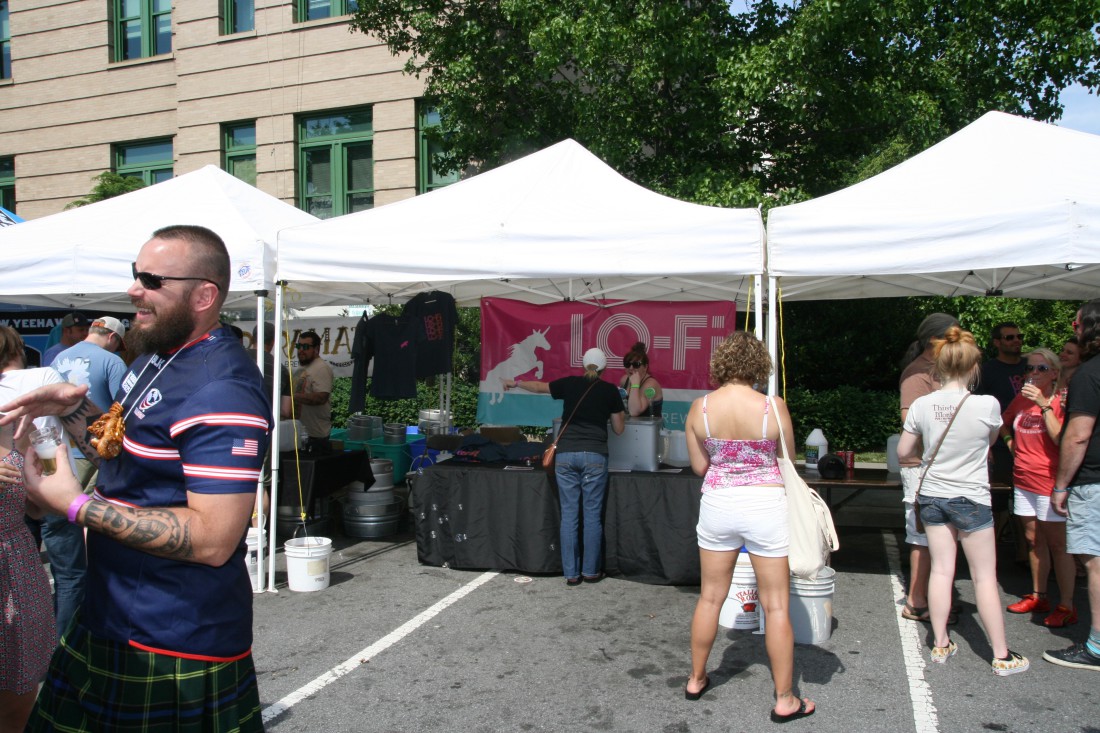 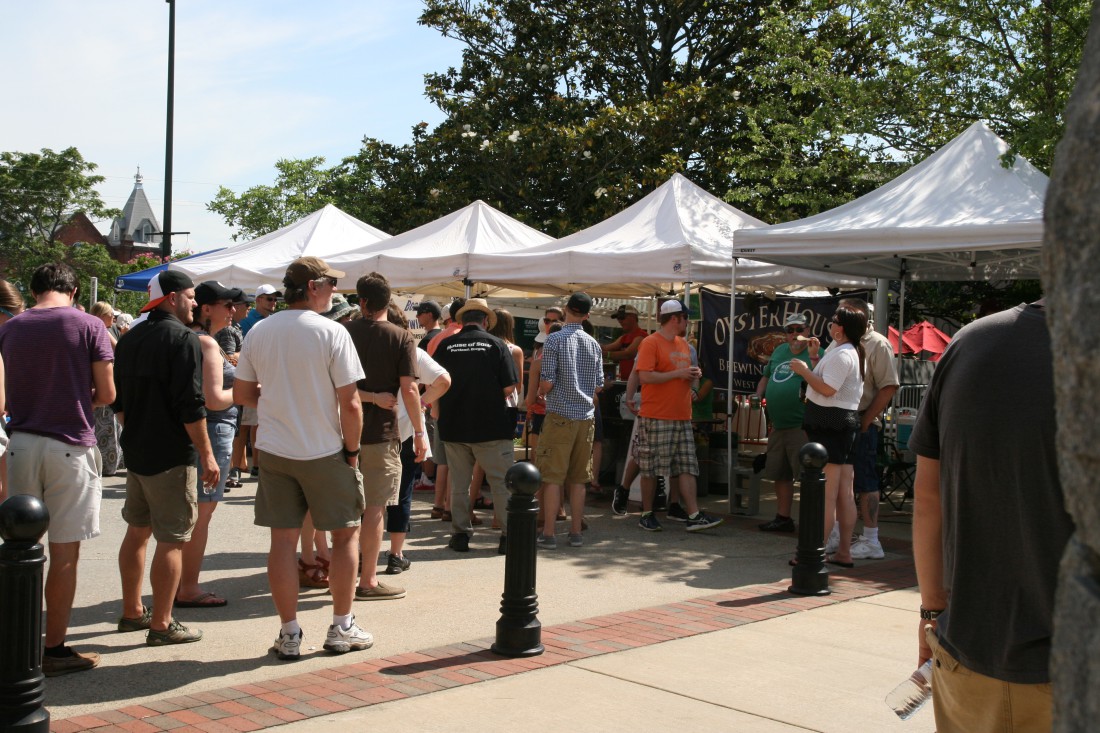 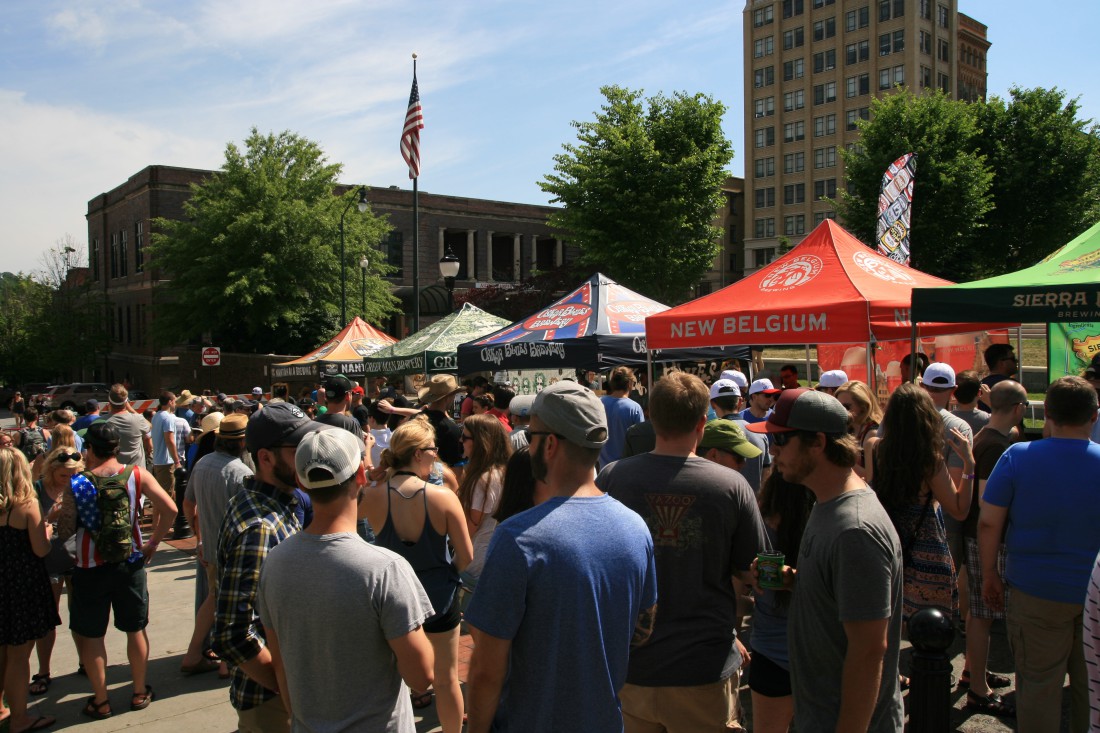 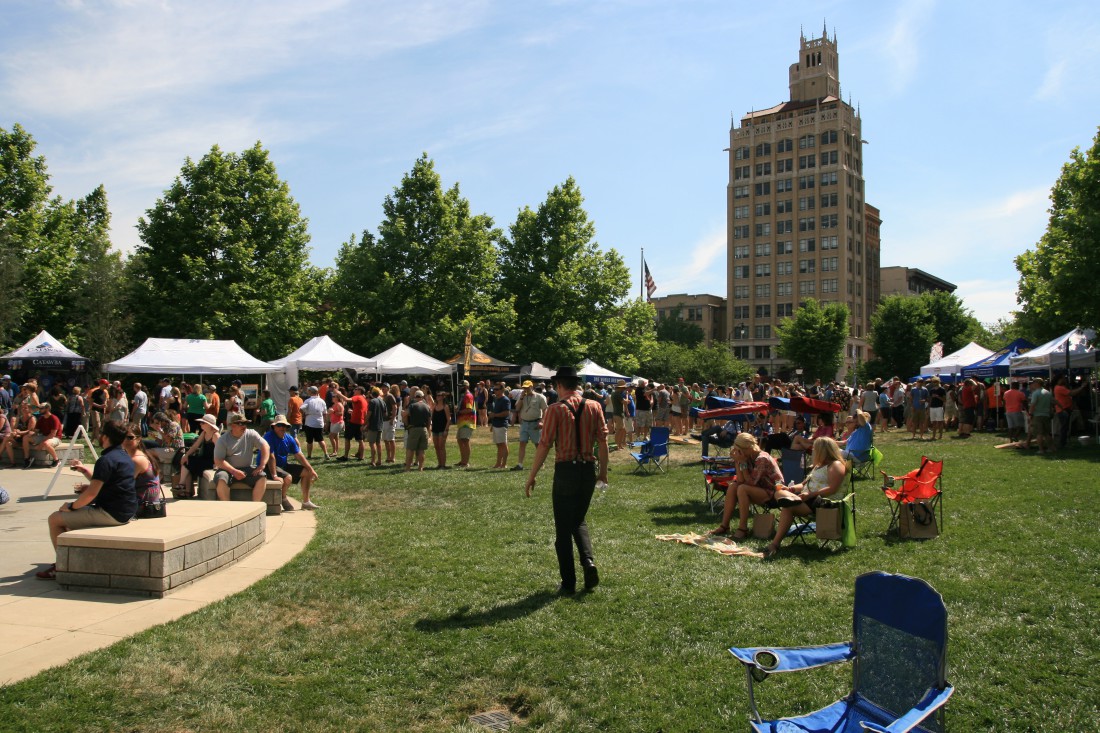 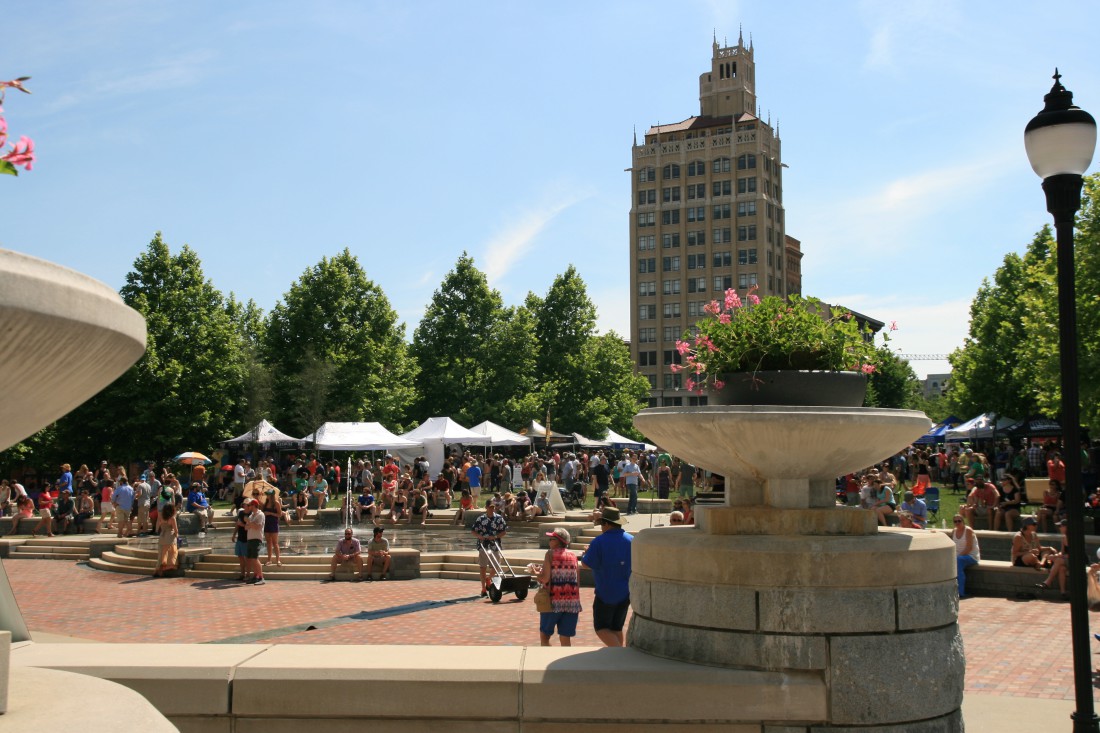 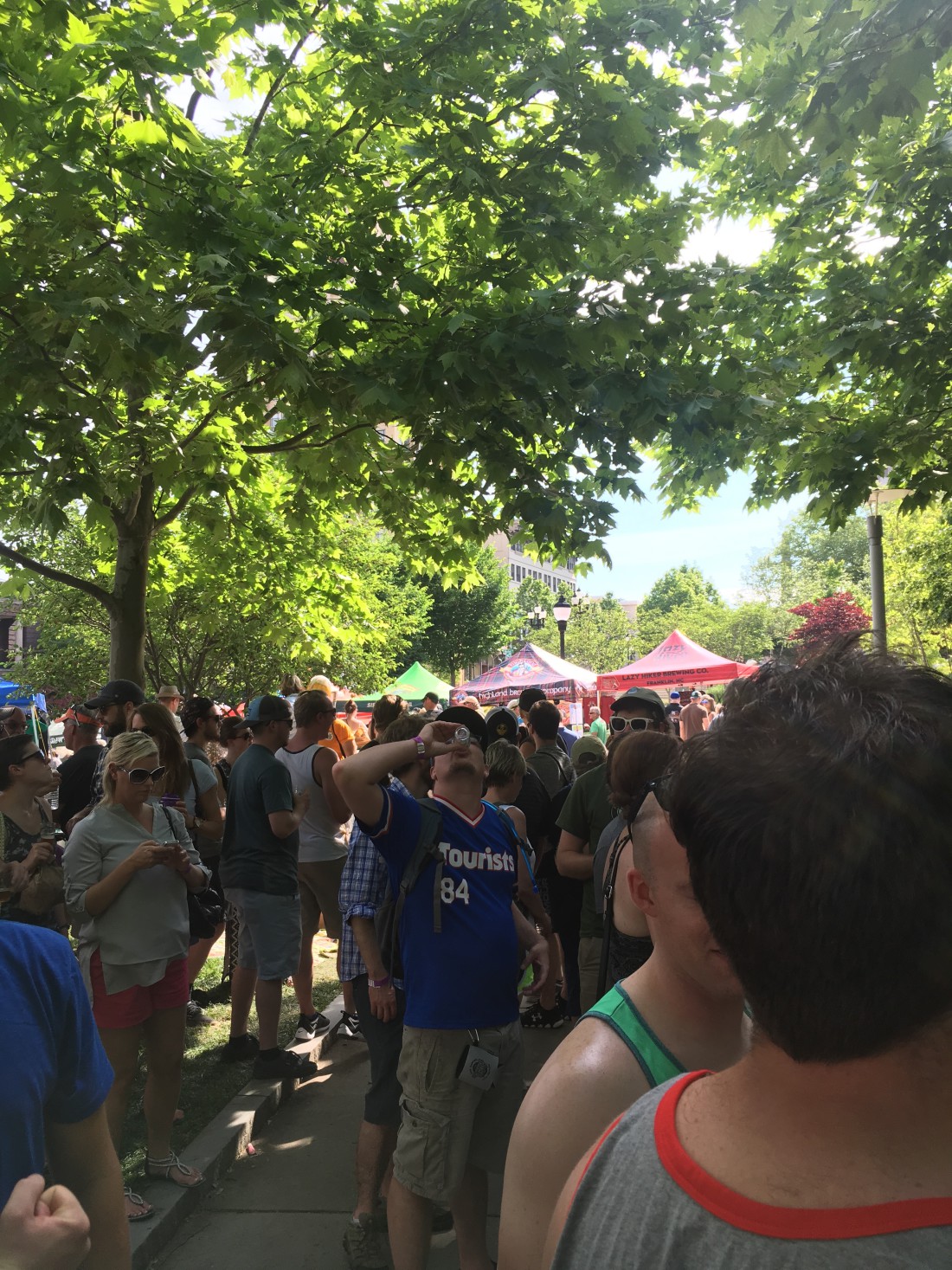 A throng of craft beer lovers braved the sun and heat at Pack Square’s Roger McGuire Green on Saturday, May 28, to celebrate Asheville’s seventh annual Beer City Festival. The event, which sold out several days in advance, hosted more than 30 breweries from Asheville and neighboring cities showcasing a broad gamut of draft beer offerings.

Though lines were initially lengthy, they moved quickly and guests comported themselves with restraint. Line-cutting was practically nonexistent, and surprisingly few attendees appeared to be intoxicated in spite of five hours worth of drinking in the glaring sun. All pouring stations were respectful of ALE guidelines, carefully observing the fill levels on commemorative tasting glasses, and no volunteers or brewery staff were noticed to have consumed alcohol before or during their stints behind the jockey box.

With robust attendance, enthusiastic participation from most Asheville Brewers Alliance member breweries, and a number of supportive vendors supplying products and information — as well as a much-appreciated shade-covered couch courtesy of Asheville Ale Trail — 2016’s Beer City Festival was a well-organized and efficiently executed event. As the number of new beer festivals in Asheville and surrounding areas continues to increase, many would be well served to take a page from the Asheville Brewers Alliance playbook.

Here’s to one more Beer City Fest in the beerview, and the start of another great AVL Beer Week.