LoginRegister
Calendar Classifieds Guides
Swipe
Close
Kelly Reichardt returns to form with this moving, poetic period piece.
Japanese filmmaker Makoto Nagahisa makes a splashy feature debut with this energetic tale of four orphans who start a band.
Vivian Liberto, aka Johnny Cash's first wife and the mother of their four children, gets her due in this informative documentary.
Andy Samberg and Cristin Milioti are stuck in a time loop in this creative romantic comedy.
Civil rights activist and Congressman John Lewis' unwavering pursuit of democracy is on full display in this moving but hagiographic bio-doc.
A brilliant payoff can’t quite make up for an uneven buildup in Jon Stewart’s political satire.
Dave Bautista's predictable espionage comedy provides some much-needed escape.
"The British 'Moonlight'" mostly lives up to its lofty billing.
An honest portrayal of teenage girlhood, set in 1994 Seoul.
An informative bio-doc of America’s most beloved jazz singer.
A gripping and unpredictable German drama, set in the world of classical music.
The brilliant documentary on Blind Melon lead singer Shannon Hoon should at last put him in the same breath as other ’90s rock greats.

Leave it to the French to make an earnest movie dramatizing the struggle for LGBTQ equality over the past four decades and to make the main character a bit of a jerk. Victor, who’s 17 at the start of this three-part film and 49 at the end, has a temper, holds a grudge and often […]

Spike Lee joins the sadly short list of great filmmakers who’ve made great films about the Vietnam War.
A philosophical and sociological quagmire about a young woman who agrees to carry a baby for married gay friends.
Writer/director Channing Godfrey Peoples puts a fresh spin on the concept of parents vicariously living through their children.
Bill Nighy leads this quiet but frequently hilarious film about a missing son and games of Scrabble.
A Harry Potter knockoff that fails in nearly every regard.
Pete Davidson inspires Judd Apatow's best comedy since Knocked Up.
This low-key, retro sci-fi flick is a microbudget masterpiece.
A preteen Joan of Arc proudly holds her ground against hectoring clerics and the inevitable forces of history. 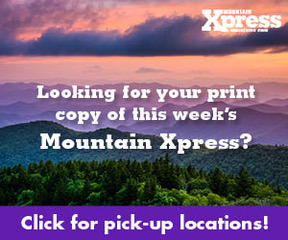