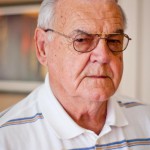 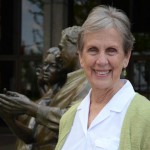 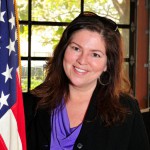 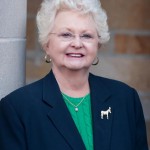 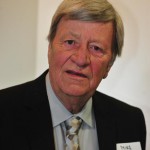 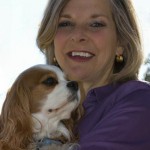 The six candidates in the Buncombe County Board of Commissioners’ District 2 races appear to be contesting a political no man’s land. Although the district was created only last year, the areas it encompasses (from Leicester to Black Mountain and Barnardsville to Fairview) haven’t consistently favored either party.

In the May 8 primary, three Republicans and three Democrats are vying for their respective parties’ two slots. Come November, two seats on the new seven-member Board of Commissioners will be up for grabs.

Republican Mike Fryar,65, says he’s been a familiar face at county meetings in recent years, whether he was challenging the county's approach to zoning or blowing the whistle on the commissioners’ higher-than-average salaries.

But this time around, he’s hoping to swap the role of concerned resident for a seat at the commissioners’ table.

“I’m not going to sit there like a dummy, listen to somebody for three minutes and say thank you,” Fryar declares. “I’m going to stand my ground.”

Among other things, Fryar is standing his ground on cutting the commissioners’ compensation, saying he'd like to get paid less than $18,000 if elected.

Other issues Fryar says he’ll focus on include job creation, zoning and county spending. “Bottom line, we have to figure out a way to get more industry here; we have got to make stuff work. And with new rules and zoning, it’s going to be harder to accomplish.”

But the new district elections, he maintains, don’t give him any clear advantage compared with the at-large system that was in place when he made his unsuccessful 2008 bid.

“I don’t look at a political job as something that’s going to better me. I look at it as we’ve got to better this community,” says Fryar. “If we work for the people … and if the people’s got a grudge, as long as it’s done nice, it should be answered.”

Fellow Republican Bill Reynolds, 73,  however, says the new district lines were a factor in encouraging him to run. The Black Mountain resident hasn’t made a bid for public office since his failed 2004 campaign for the Board of Commissioners.

“I am tired of the way things have been jammed down our throats over the last few — even 10 — years,” Reynolds declares. “Regardless of what the people thought, it didn't make any difference” to the commissioners, he asserts. “It's time we had a government that listens to the people.”

He specifically cites the way countywide zoning was handled, saying too many decisions were made behind closed doors.

Reynolds also says he’d like to see the county's budget handled more thoughtfully and find ways to remedy the high cost of living.

Known to local country music listeners for years as Christina Kelley, the 48-year-old Republican candidate (who's no longer in radio) says she has no intention of dropping her on-air moniker — even if it leaves her with the longest name on the ballot.

“I've been in Western North Carolina for 20 years, and Christina Kelley has been the name that my friends and people in the community know me by and what I used professionally. I never dropped it, because it will always be a part of who I am,” she explains.

Merrill is equally adamant about focusing on reducing county spending. “The very first thing I will do … is work with other commissioners to look internally,” she vows. “I would look at county budget in terms of salaries and what we’re spending money on, and where we can immediately make cuts,” she explains.

The owner of a small marketing, production and public relations firm, Merrill says she would apply her business skills to county government. “We need to be more business-friendly and start looking at cutting some red tape to make our county much more friendly for new industry,” she maintains.

Democrat Ellen Frost,57, owns Bed and Biscuit, a pet boarding and training facility in Black Mountain. She says she’d bring a fresh approach to the board, particularly concerning the environment, the economy and job creation.

“I think if we’re smart, we’ll interweave those three,” she explains. “For example, if a family member gets a job installing solar panels, that’s how you get them interested in solar energy, improve the local economy — and that’s how it all becomes real.”

Although she’s never held elective office, Frost has been active in the Democratic Party, volunteering for the campaigns of Board of Commissioners Chair David Gantt, state Rep. Patsy Keever and President Barack Obama. But she feels her concern for the county transcends her love of politics.

“I have tremendous passion for Buncombe County,” says Frost. “I know it’s corny, but ever since I moved here in 1995, I’ve known this was home.”

Buncombe County has always been home to Democrat JoAnn Morgan, though the 71-year-old says she considers county government her second home. For 32 years, the Weaverville resident served as assistant register of deeds under Otto DeBruhl. Morgan retired last year after the local Democratic Party, by a slim margin, chose Drew Reisinger rather than Morgan to serve out the remainder of DeBruhl’s term. But Morgan says she just can’t stay away from politics and hopes to increase accessibility to elected officials.

“I realize the importance of being knowledgeable about what we’re voting on, what we’re dealing with and, most of all, getting input from folks other than the staff,” she says. “I think you need to hear what people in the community feel about things.”

A key issue for Morgan is reducing poverty in the region. Every week, she helps distribute food provided by MANNA FoodBank at Ivy Hill Baptist Church. “I would also like to see community gardens where people could grow their own food,” she notes, adding, “It’s a very feasible thing for the county to do.”

Democrat Carol Peterson, 71, the lone incumbent running in District 2, is seeking her third term as a Buncombe County commissioner.

“There’s always more to do,” she says. “So I think we need to continue on the path that this commission is on.”

A retired teacher, Peterson serves on the A-B Tech board of trustees. “I see the importance of a good education as being the basis for everything,” she reveals.

Peterson is also proud of her work to preserve local farms and help facilitate the recent renovation of the Health & Human Services Building on Coxe Avenue. The current county budget, she notes, was created with such long-term goals in mind.

In the end, however, she feels all the issues are interrelated — and all decisions must be made based on what’s best for county residents.

"There’s so many things, but it’s all a path that you take for the citizens,” Peterson asserts. “It’s everything.”