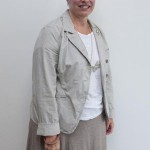 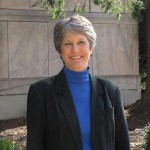 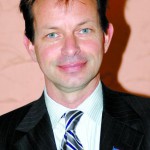 The proposed new districts for Statehouse and the Buncombe County Board of Commissioners could further polarize both the legislative delegation and local voters.

Released the evening of July 12, the new maps place Democratic Reps. Susan Fisher and Patsy Keever in the same district (the 114th, which now includes most of Asheville), potentially pitting them against each other in a primary next year. Republican Rep. Tim Moffitt‘s newly drawn 116th District stretches from Arden in the south to Sandy Mush in the northwest, essentially doing an end run around Asheville. Similarly, a new, more conservative 115th District extends from Fairview to Barnardsville in eastern Buncombe County.

Fisher and Keever say the new lines, drawn by GOP leaders in Raleigh with little input even from Redistricting Committee members, were designed to force one of the two legislators out.

“This is obviously a Republican attempt to draw Democrats out of office and dilute our influence,” charges Fisher. Keever, meanwhile, declares, “They want to pile all the progressives into the city and have two [other] districts, in hopes of adding a Republican.”

At press time, lawmakers were slated to hold public hearings on the new districts July 18 at various locations across the state, including A-B Tech in Asheville and Western Carolina University.

“Obviously, they’re going to try to draw something favorable to them,” Nesbitt, the minority leader, said in a press conference just before the maps’ release. Lambasting the process to date, he said there’d been no committee vote on the maps and that many members hadn’t even seen them yet, which the veteran legislator called “unprecedented.”

“We don’t expect anything good, but we deserve to have the maps in our hands,” he asserted.

Most of the controversy over the Senate maps concerns the Piedmont, where a number of the new districts would force Democratic legislators to run against each other. WNC’s Senate districts mostly avoided that kind of drastic shift, though the 50th now encompasses the whole of Haywood County. That means former Democratic Sens. Joe Sam Queen and John Snow, who’ve been said to be considering running again, would now be in the same district.

Asheville City Council member Esther Manheimer, a Democrat who served as a redistricting lawyer when her party controlled the General Assembly, says this is a tried-and-true strategy.

“You’d rather have one city district and then two county districts around it, because you want to pack in your left-leaning voters as much as you can and not let them infect another district to a high degree,” she explains.

But the prior maps, stresses Manheimer, were also the product of political strategy. “If you look at Buncombe and how the House districts are drawn here, it’s not a mistake that all three districts come into the city: That’s an attempt to dilute the conservative county vote, to try to ensure that there’s three Democratic seats.”

The one thing Moffitt and his Democratic colleagues seem to agree on is that they had no say in the proposal. Despite belonging to the party in power and serving on the House Redistricting Committee, Moffitt says he had “zero voice in this process.”

“Nothing was transparent,” says Keever, who urged local voters to make their opinions known at a July 18 public hearing at A-B Tech. Fisher also rallied supporters, encouraging them to attend the hearing, noting, “They released the maps in the evening, when the news cycle would be off, so they wouldn’t get nearly as much of a bashing as they might have ordinarily.”

Due to a change in local election law engineered in Raleigh back in May, the new Statehouse districts will also apply to the Buncombe County commissioners, formerly chosen via at-large elections (see “Balancing Act,” June 22 Xpress). The new maps could put several current board members (all of whom are Democrats) at loggerheads.

Vice Chair Bill Stanley and Commissioner Holly Jones both live in the proposed 114th District. Commissioners K. Ray Bailey and Carol Peterson are both in the 115th. The board chair (currently Democrat David Gantt) will continue to be elected countywide. All five incumbents face re-election next year.

The new law also expanded the board to seven members. During next year’s transition, each district will elect two commissioners: The winner gets a four-year term and the runner-up two years (after that, the elections will be staggered). Thus, while both incumbents in the 114th and 115th districts could still be re-elected, they might find themselves competing for the four-year term.

With Democrats outnumbering Republicans in the 114th 32,439 to 10,906, both of those commissioners, and the state legislator, will probably be Democrats. But the district’s liberal demographics suggest that a more left-leaning candidate could displace one of the incumbents. Asheville City Council member Brownie Newman is rumored to be considering a run; he announced July 15 that he won’t seek re-election to Council.

The picture gets murkier in the 115th, with 22,594 Democrats, 17,340 Republicans and 15,289 unaffiliated voters. And with Keever now moved to the 114th, her former district has no incumbent heading into next year’s election.

And the 116th has the most conservative demographics: Under the new maps, the district would lose 2,704 Democrats (leaving it with 20,198) and 223 Republicans (leaving it with 18,611). According to State Board of Elections data, however, the 14,786 unaffiliated voters tend to swing Republican: In 2008, voters from those precincts gave John McCain 53.99 percent of their ballots compared with 44.86 percent for Barack Obama.

The current commissioners unanimously opposed the switch to district elections, which was spearheaded by Moffitt. Gantt had said they were considering a November referendum to re-establish at-large elections before the district elections could be held. Legal consultants advised against it, however.

“It’s disappointing; it’s not what I’d like to hear, but the state is sovereign in North Carolina, and we have to live with that, reluctantly,” Gantt says now. “The way the constitution is written, it looks like we’re probably going to have to deal with the new system, and we’ll do the best we can with what we have to work with.”

Moffitt, however, maintains that whichever way the lines are drawn, district elections are “a good way to make sure county residents have a voice at the table. David [Gantt] knows that with at-large elections, the backroom strategy for any political campaign in the county, from the beginning of time, is that all you have to do is win the city vote, and … you win the seat. … I don’t ultimately think that’s the fairest thing to our county residents.”

Meanwhile, the state Democratic Party is expected to mount a legal challenge, and both Keever and Fisher are on board. Though Keever first claimed state office last year after slaying fellow Democrat Bruce Goforth in a primary duel, she says she has no desire to oppose Fisher.

“If we do run against each other, it’s going to be very difficult, because we … both think the other one’s doing a great job,” Keever explains. “It might be the world’s cleanest campaign. But I think it’s way too early to say what’s going to happen. We’re not accepting that this is the way it’s going to be.”

3 thoughts on “A house divided in the N.C. Statehouse”