Over 100 people gathered at the Veach-Baley Federal Complex in Asheville on the evening of June 21 to protest the separation of families at the United States’ southern border by immigration authorities. Members of the BeLoved Community, a local  intentional community that seeks solutions to homelessness, poverty, prejudice and injustice, organized the protest.

As part of a tougher “zero-tolerance” immigration policy announced by the Justice Department on April 6, adults detained at the country’s southern border are being prosecuted “to the extent practicable.” Since the Justice Department can’t jail kids, the policy has led to an increase in the number of family separations.

According to a fact sheet on the website of the Department of Homeland Security, children may be separated from adults in three circumstances: “These circumstances include: 1) when DHS is unable to determine the familial relationship, 2) when DHS determines that a child may be at risk with the parent or legal guardian, or 3) when the parent or legal guardian is referred for criminal prosecution.”

On June 20, President Donald Trump signed an executive order to end the separation of families at the border. Many of those attending the rally, however, said they felt the shift in rhetoric was merely that and offered no real solutions on how to reunite separated families or how indefinite family detention periods would work.

Protestors wrapped in emergency mylar blankets stood behind sections of fencing, referencing reporting on the conditions in which separated children are being held. Many hoisted signs declaring “No human is illegal.”

Rabbi Justin Goldstein of Congregation Beth Israel spoke to the assembled group. “If you are not an immigrant, then your ancestor was an immigrant, because people move. And since people move, we rely on societies of conscience and morality and compassion to welcome the stranger. The Jewish tradition has at its core the understanding that it is our responsibility as human beings to love the immigrant. To welcome the immigrant. To protect the immigrant. To give voice to those that don’t have voices. As citizens of a democracy, we have a responsibility to not just stand on the corner of our little mountain town, outside of a federal building, screaming into a microphone, but to call every elected official that you can to hold accountable every corporation that is building the facilities to cage these families.”

Event organizer and BeLoved community member Ponkho Bermejo told the crowd about outreach efforts to local Latino families. “You can come out to the rally and show support today because feel you want to be with people that agree with your beliefs,” he said. “But the real work begins tomorrow when you start doing something for your community and you start making a change in the way that you live.”

Since Immigration and Customs Enforcement carried out raids in April in Western North Carolina, Bermejo said, BeLoved has established connections with those communities to distribute “Know Your Rights” literature.

“What we’re doing is letting people know how to take care of their communities. So when they come to a meeting, they take literature we have printed about “Know Your Rights” not just for themselves but to please take extra copies for your friends, for your family, for your neighborhood and share the information so that everybody can know. People start to follow that example and replicate it. That’s how it works,” Bermejo said. 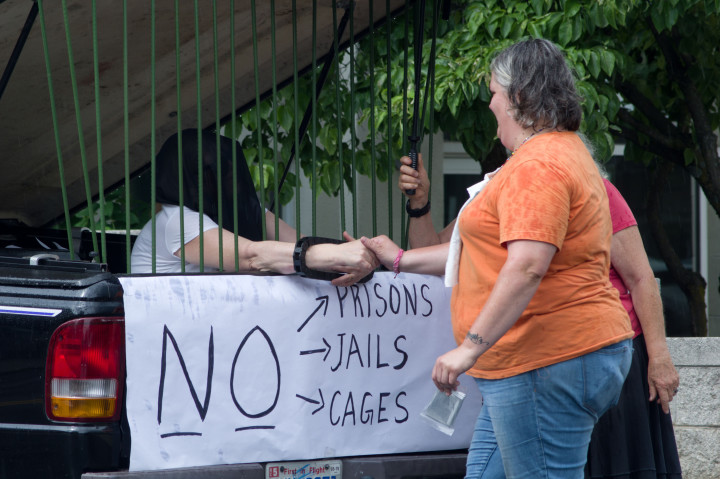 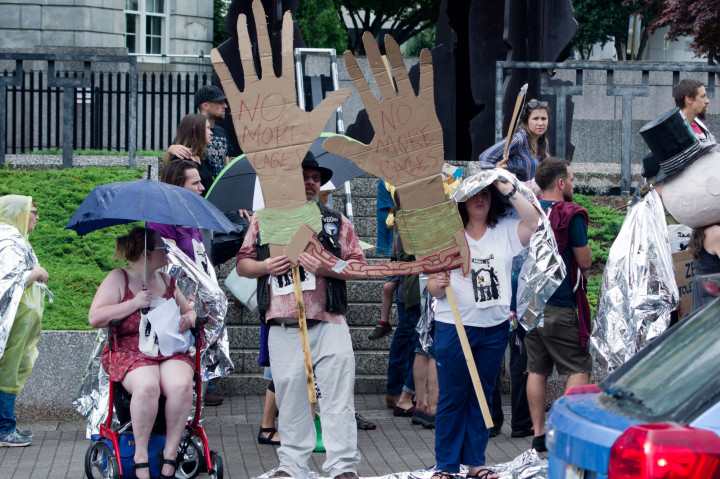 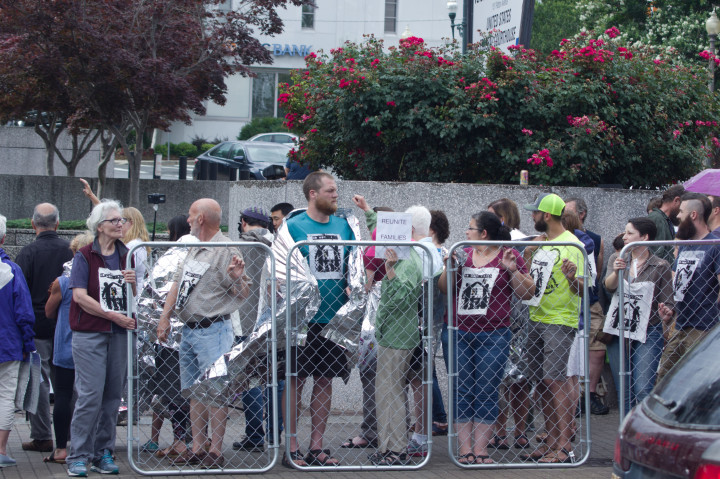 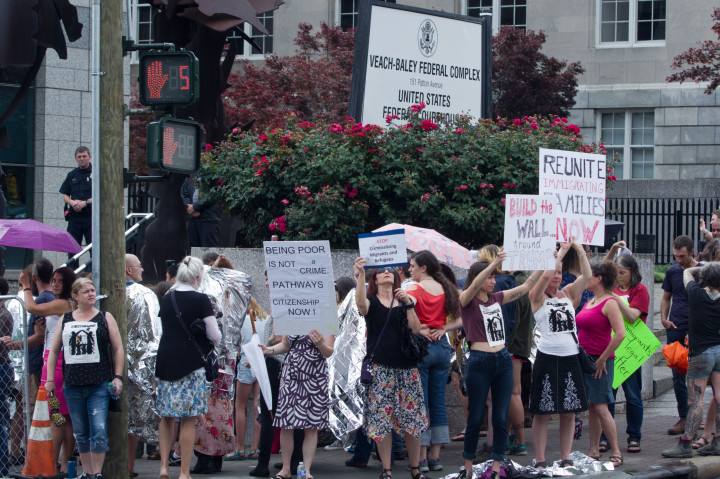 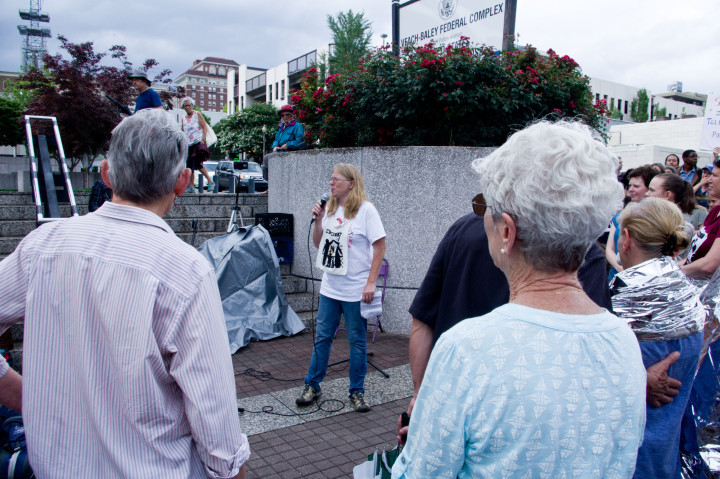 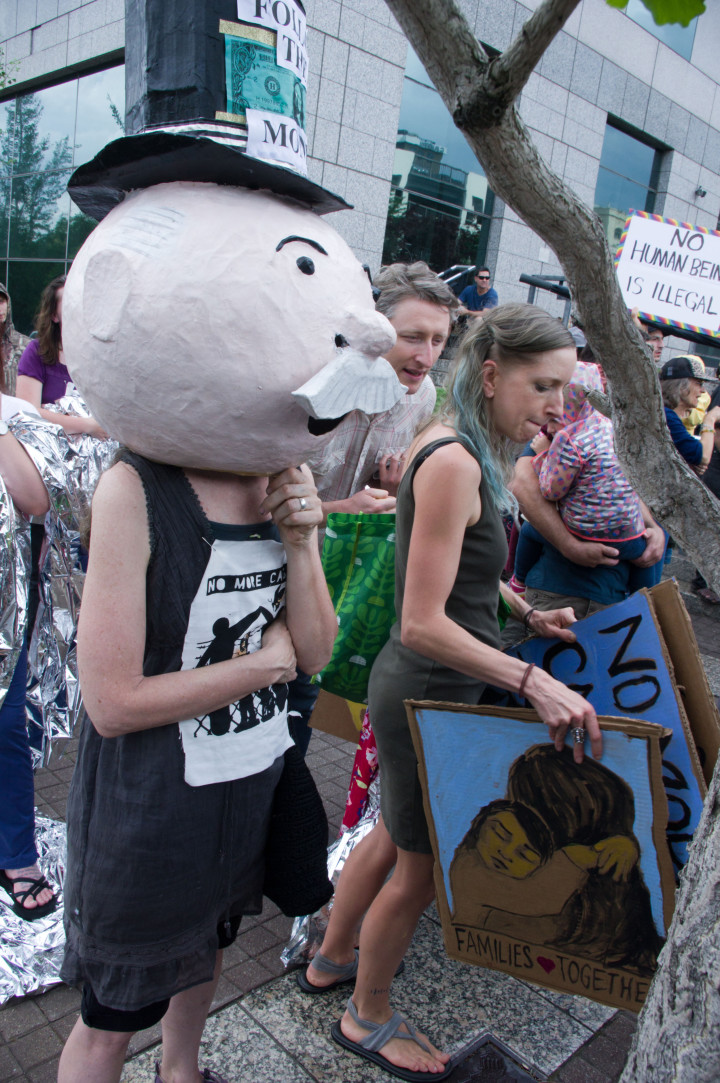 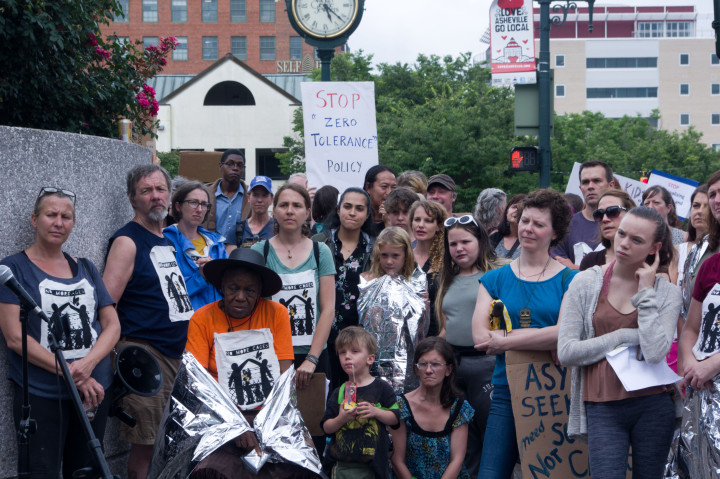 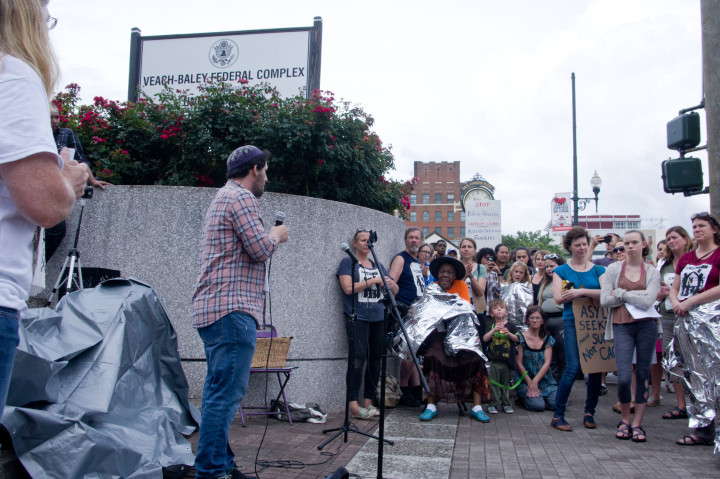 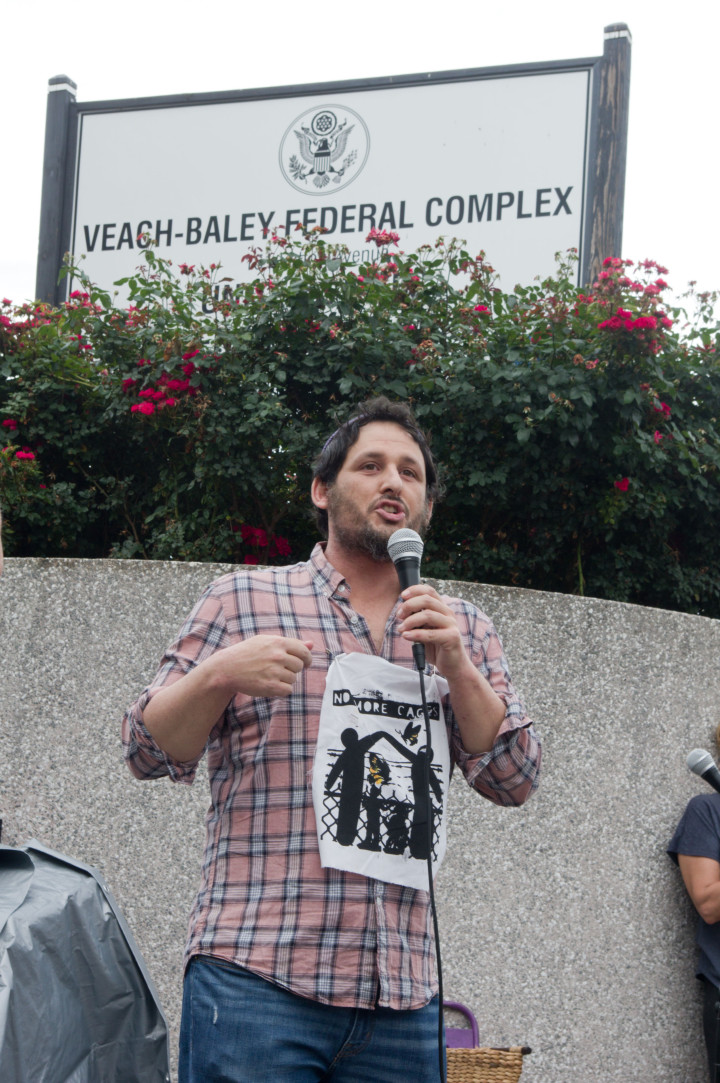 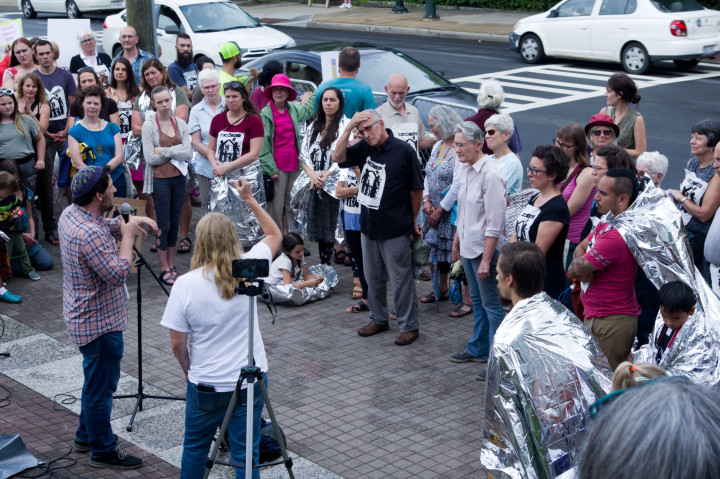 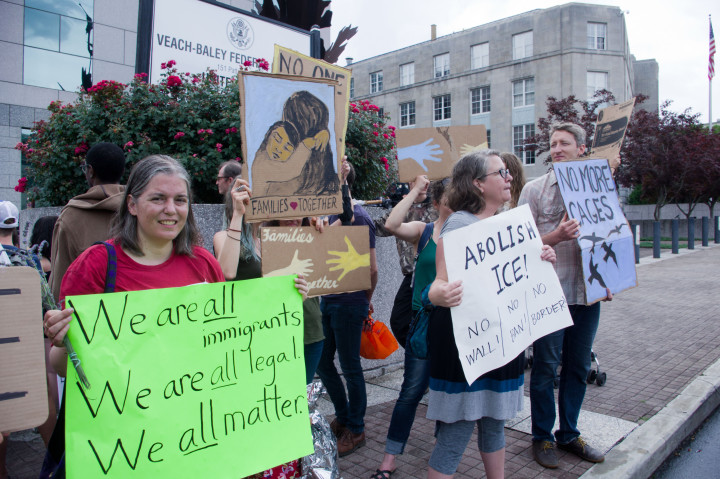 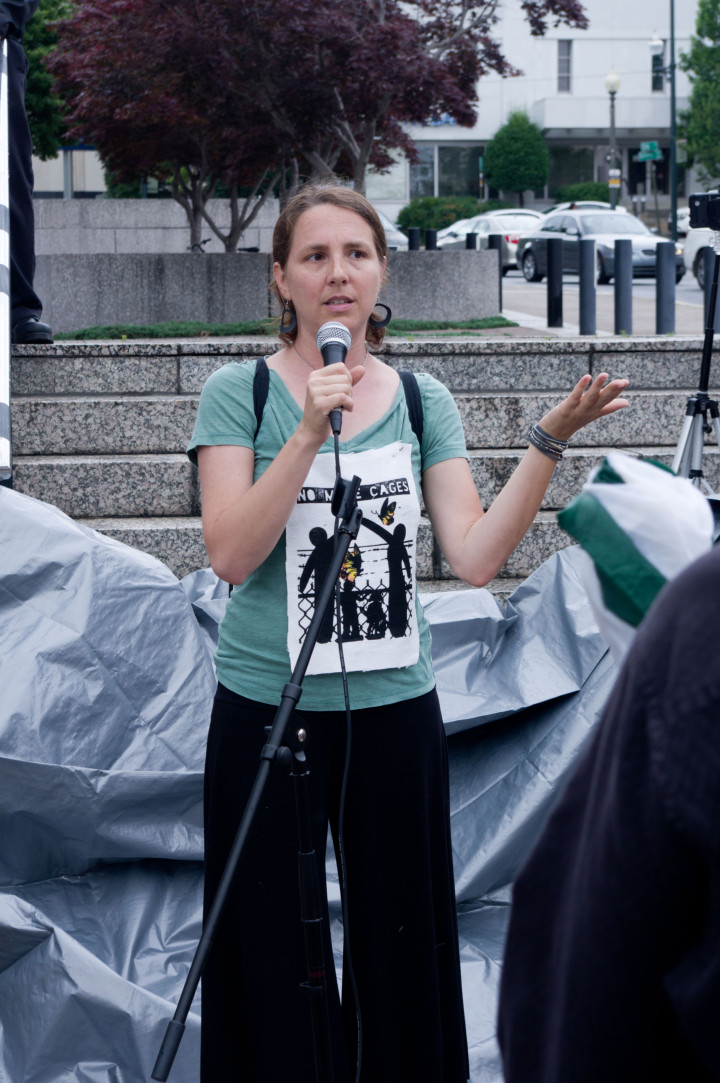 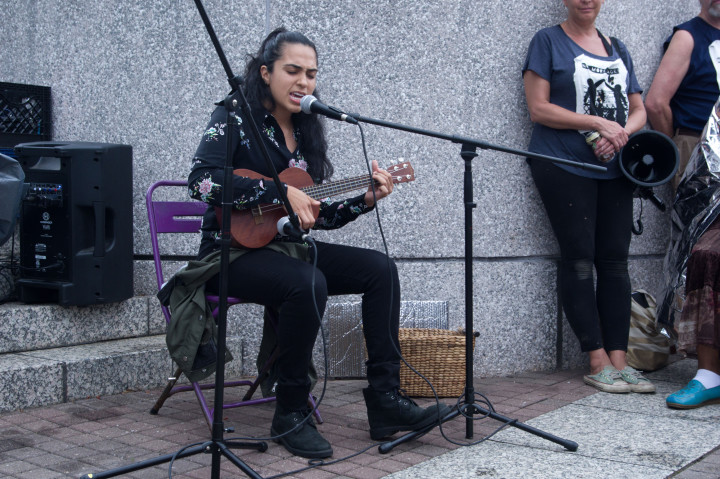 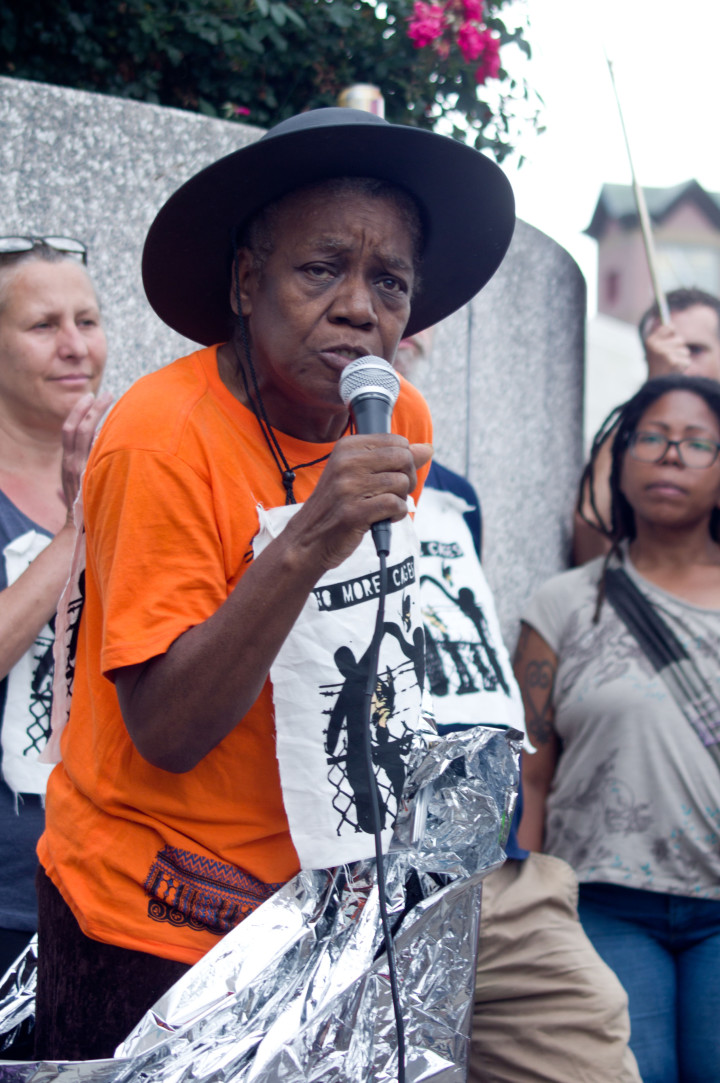 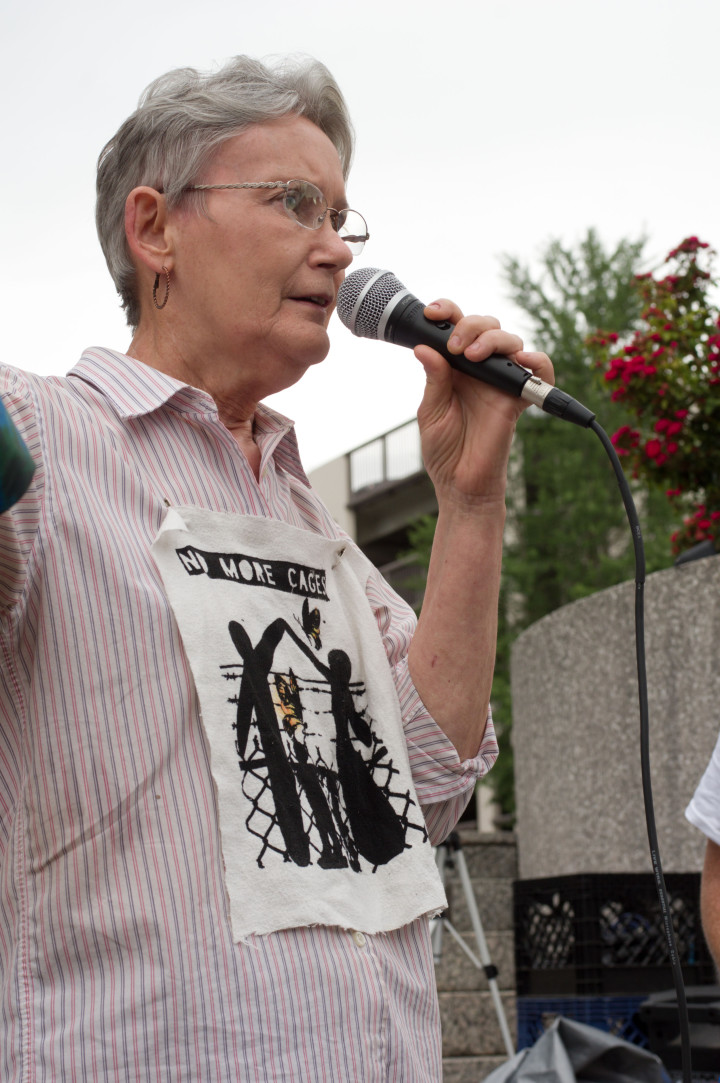 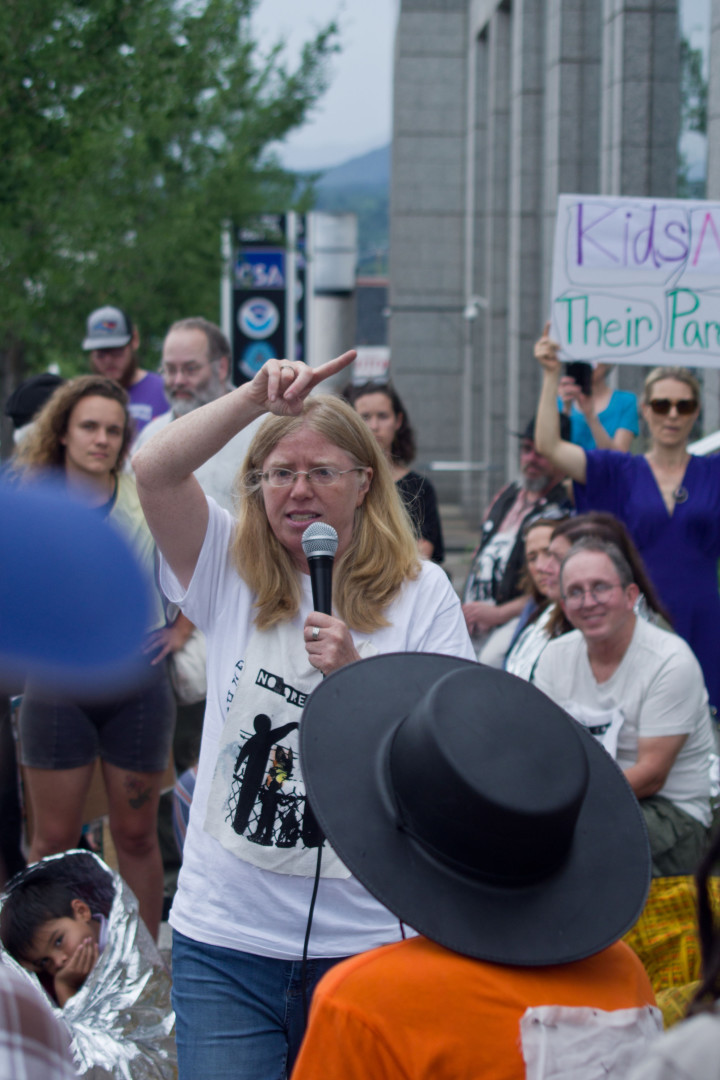