Extinction Rebellion chose the date of the march, according to a press release, to coincide with the time local elections would have been held before they were moved to 2020 through the passage of Senate Bill 813. “Extinction Rebellion WNC knows the forces that canceled city elections are the same ones preventing us from acting on the existential threat of climate change,” the release stated. “So on Nov. 5, instead of heading to the voting booths, the people of Asheville are invited to take to the streets to demand action that addresses the reality of the impending climate crisis.”

The group made four demands of local officials: to declare a climate emergency, reduce greenhouse gas emissions to net zero by 2025, listen to a Citizen’s Assembly on matters of climate and ecological justice and prioritize a just transition from the fossil fuel economy. Extinction Rebellion members plan to participate in the upcoming Asheville Climate Strike on Friday, Dec. 6. 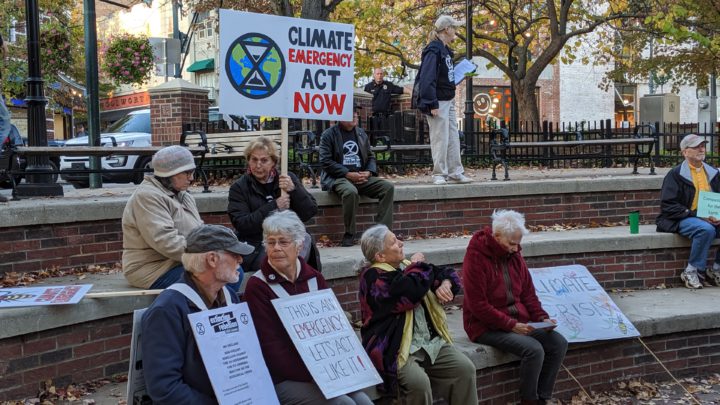 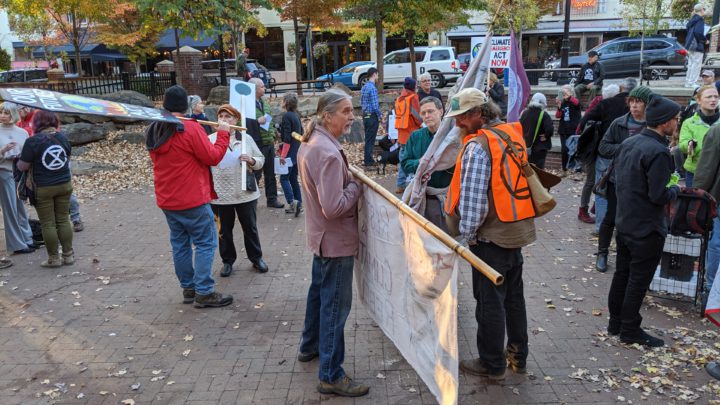 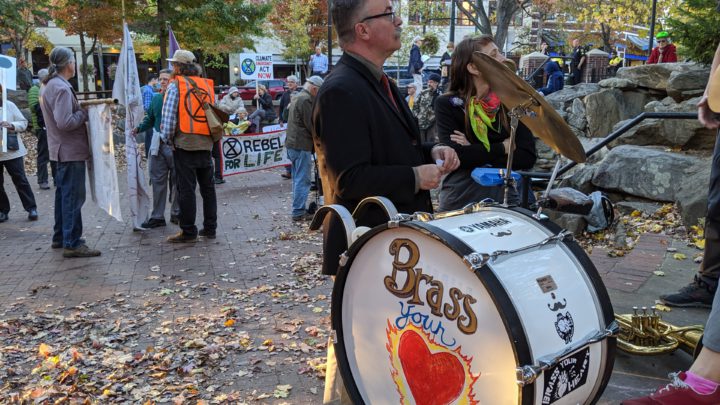 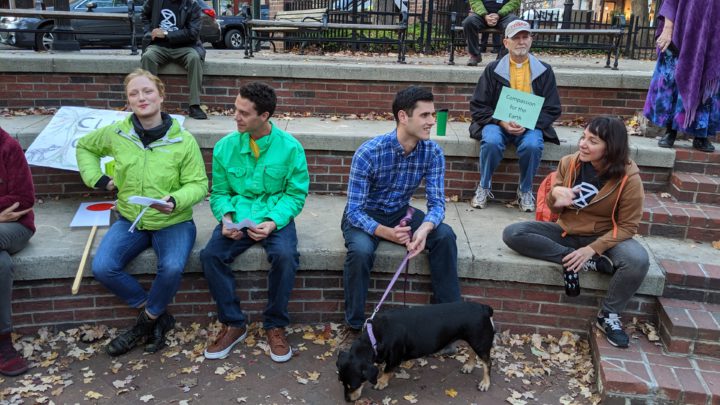 City Council candidate Shane McCarthy, third from left, was in attendance at the Extinction Rebellion march. Photo by Jeffrey DeCristofaro 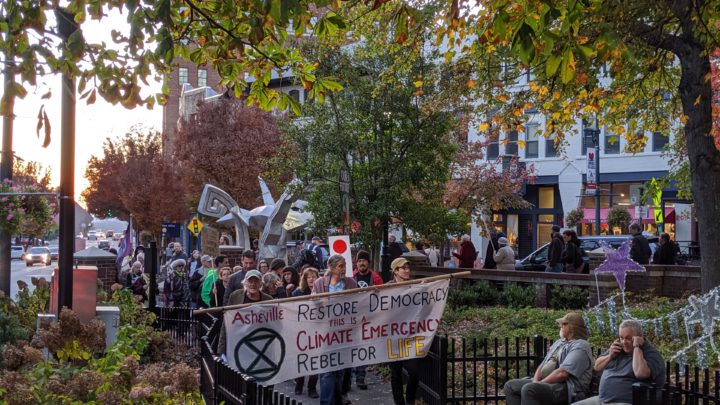 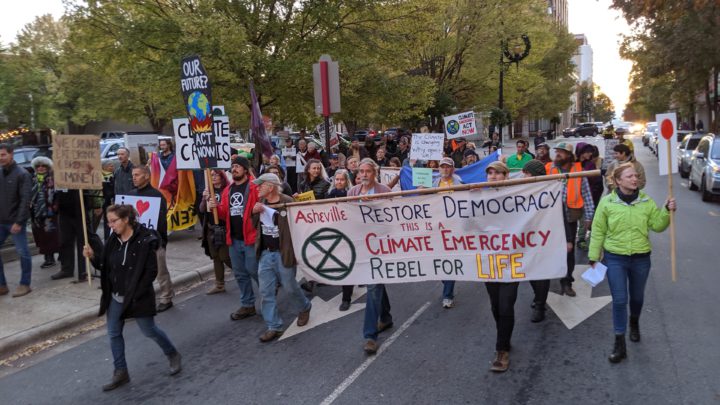 Marchers spilled into the street on Patton Avenue as they continued to Asheville City Hall. Photo by Jeffrey DeCristofaro 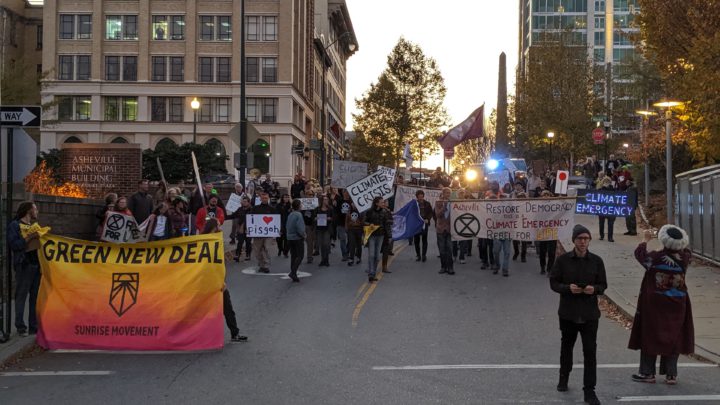 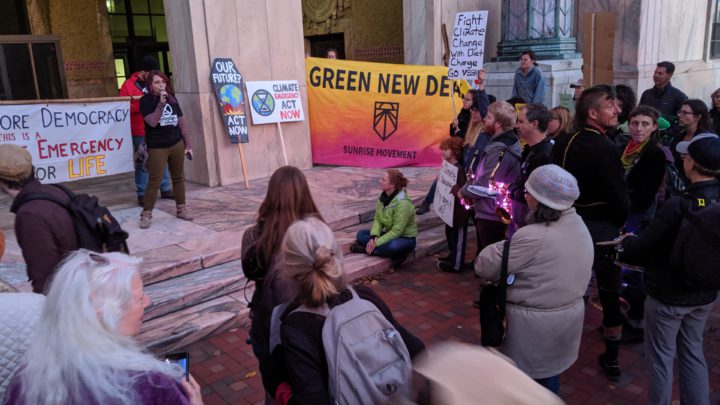 Protesters spoke on the steps of Asheville City Hall to demand stronger action on climate change. Photo by Jeffrey DeCristofaro 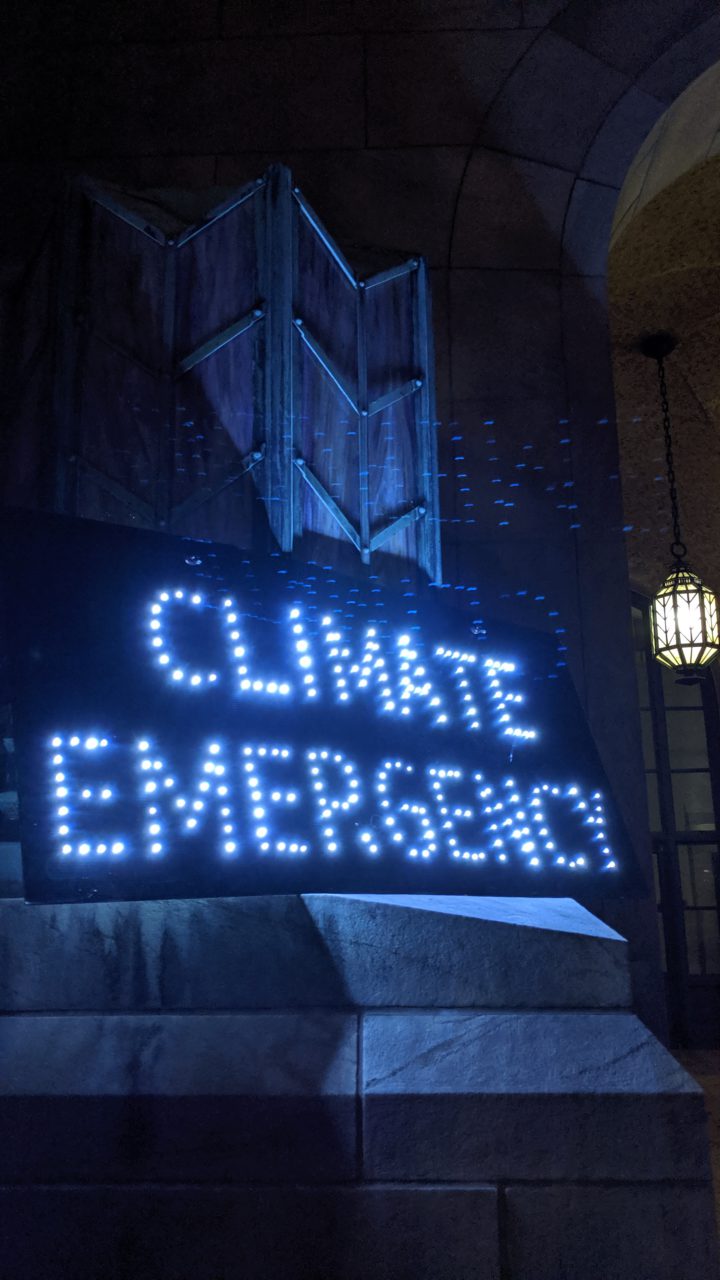 As night fell on Asheville City Hall, one protest sign continued to shine a message of climate emergency. Photo by Jeffrey DeCristofaro