“I know this is not your favorite town hall,” an attendee told U.S. Rep. Patrick McHenry, well over an hour into the 10th Congressional District representative’s annual open meeting for residents of Buncombe County on July 31. By that point, the Republican lawmaker had been booed, interrupted and shouted over numerous times by the crowd of over 110 people at the Riceville Community Center.

McHenry chuckled. “Actually, I do like it!” he said.

It was one of the few lighthearted exchanges in a meeting that more often turned confrontational as McHenry’s constituents challenged him on issues including climate policy, Israel-U.S. relations and the behavior of President Donald Trump. Several speakers called for McHenry to chastise the president over his recent comments about Democratic Reps. Alexandria Ocasio-Cortez, Ilhan Omar, Ayanna Pressley and Rashida Tlaib; the House voted to condemn Trump’s words, in which he called for the representatives of color to “go back” to their home countries (despite three of the four having been born in the U.S.), as racist on July 16.

“Your silence about his racist remarks tells us that you either agree with them or that you are afraid to stand up to him and condemn them,” said one speaker as the audience applauded. “Your constituents are at risk every time he tries to incite racial hatred. … Someone is going to get hurt, and it will be on you.”

In response, McHenry said that Trump has consistently attacked those who disagree with him regardless of race, ethnicity or party affiliation. “I do not believe the president is a racist,” he said. “In my interactions with the president, I’ve not seen him utter anything that is racist.”

As members of the audience angrily disagreed with the Congress member’s assessment, he called for them to practice greater civility. “Treat yourself with respect. If you’re going to be so angry about what he says, monitor your language too,” McHenry said. “In the midst of this political discourse — it’s been a dumpster fire much longer than President Trump, before he ever got into politics.”

“Bullshit,” responded a voice from the crowd.

Climate change dominated the policy questions posed by those in attendance, with at least 10 of the roughly 30 speakers asking McHenry to consider stronger measures. Several asked the Congress member to think of his two young daughters as they referenced the 2030 time frame set by a 2018 United Nations Intergovernmental Panel on Climate Change report; that document, the consensus of 91 scientists from 39 countries, calls for “transformative systemic change” to drastically reduce carbon emissions and prevent the worst climate impacts.

Although McHenry said he supports electrical grid modernization and incentives for new energy technologies to combat the climate crisis, he rejected calls for wider plans such as the Green New Deal or a carbon tax and dividend. He particularly criticized the former proposal — which calls for meeting 100% of U.S. energy demand through renewable sources, establishing a federal jobs guarantee and slashing emissions from the transportation and agricultural sectors within 10 years — saying it would “create a direct revulsion by the populace when they have to be exposed to dramatically higher prices on everything.”

McHenry added that in his own opinion, as well as that of voters and society at large, emergency climate action is unnecessary. He said he would pursue politically feasible “singles and doubles” that gradually cut carbon.

“The broad populace is not seeking the actions that you’re demanding,” McHenry said. “[I’m] looking for innovative solutions, not simply a massive change for the way people live in everyday life. They will reject that.” 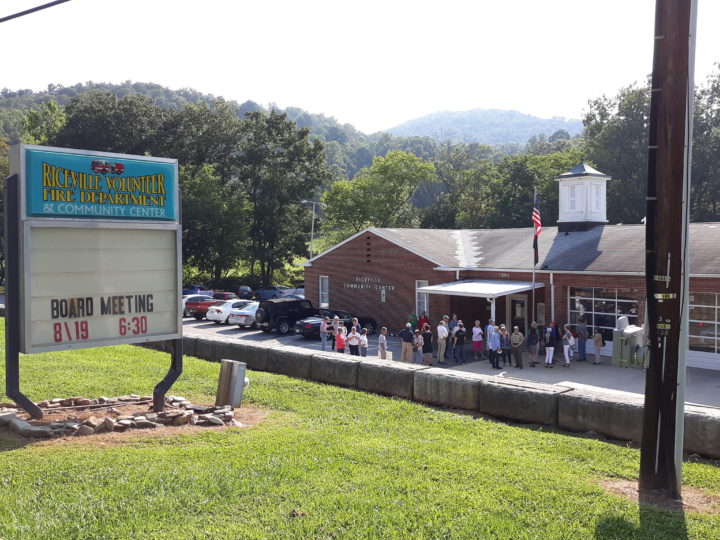 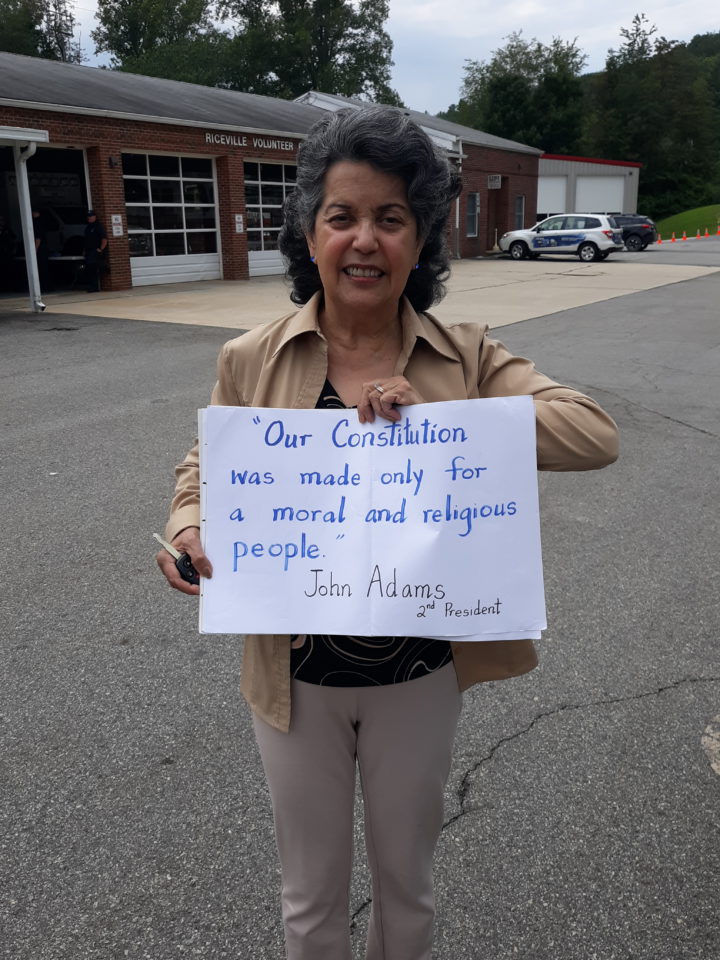 Black Mountain resident Sylvia Arrowood was one of the first in line for Rep. Patrick McHenry’s town hall meeting. Photo by Daniel Walton 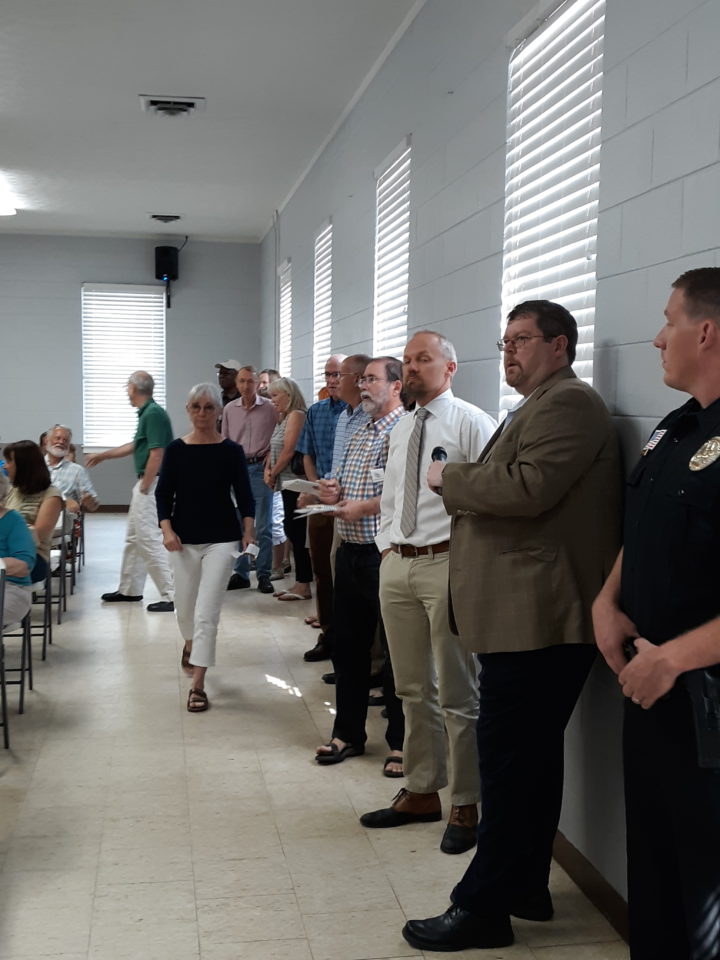 Constituents line up to ask questions of Rep. Patrick McHenry at his July 31 town hall meeting. Photo by Daniel Walton 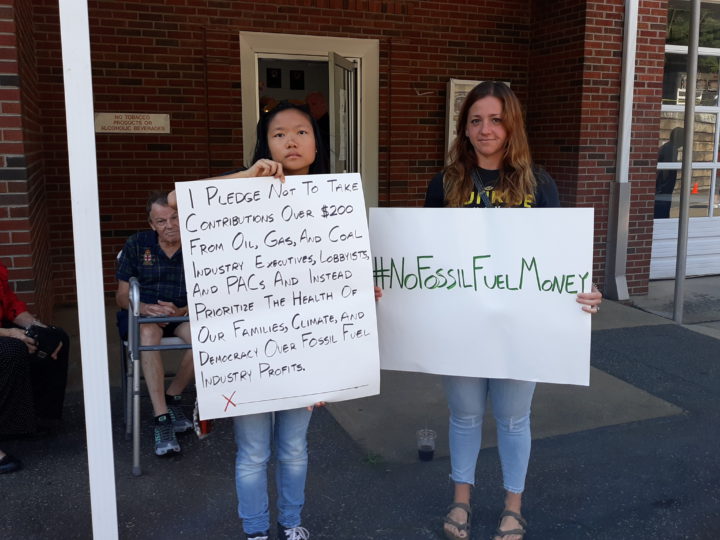 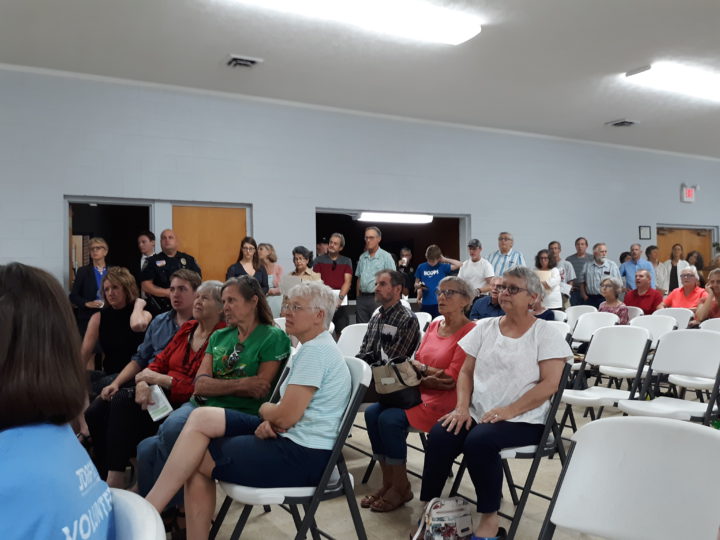 An audience of over 110 listened to Rep. Patrick McHenry inside the Riceville Community Center. Photo by Daniel Walton 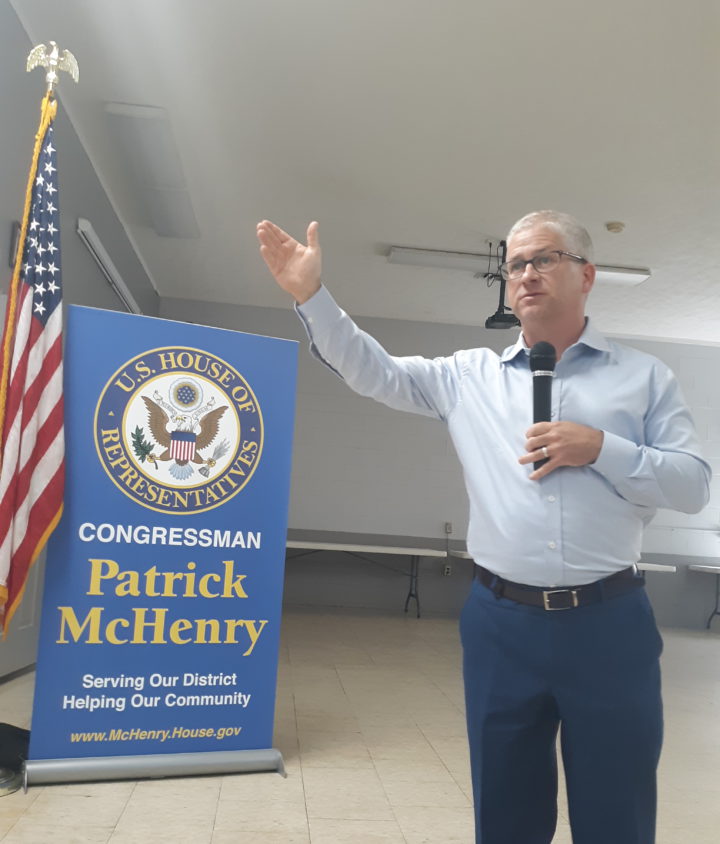