Part protest-sign-making party, part community art event, SignsUp Asheville held its first pop-up party in the gym of Odyssey School on Saturday, April 15, with about 40 people attending. The gathering of artists and activists provided everything someone attending a political rally, demonstration or march could need to make make a point — artfully.

The vibe in the gym was busy and welcoming. At the sign-in desk, raffle tickets — for a custom poster designed by one of the artists — were sold to help defray the cost of materials for the party. Participants spread themselves among long tables with poster board and markers. A family group of grandmother, daughter and granddaughters gathered around a table, chatting, laughing and showing one another their work. Along one wall, a projector beamed a design onto a piece of fabric; attendees traced the design to create a banner. Around the room, different stations offered cardboard, sticks, paint, cutting tools, even snacks.

Organizer Sarah Rath worked on a banner taped to the wall. A freelance graphic designer living in Asheville, Rath had the idea for SignsUp after she participated in the Women’s March on Washington in January. Getting the idea off the ground however, required some help.

Ana Whitley is also a local graphic designer who attended the Women’s March. As part of her personal commitment to 100 days of activism, she created a character which became the mascot for SignsUp. Inspired by the iconic pink “pussyhats” that many of the marchers knit and wore to the winter protest, Whitley’s “Gina Dentata” character appears in a zine-style comic. The character teaches her son about feminism using a dialogue that blends Spanish, English and lessons in political awareness.

Rath discovered Gina Dentata at an art show at KatDog Couture in West Asheville and immediately knew she had found an ally. “It was serendipitous to walk into her art show. Meeting Ana was the inspiration that we needed to organize this next action. Now we’re working together to offer a creative space for activism to the community. We want to help Asheville make their signs whenever there’s some sort of political demonstration or march,” says Rath.

A summer SignsUp Asheville party is planned for late June. Artists, activists and anyone interested are invited to join the group’s Facebook page for more details and to share ideas. Rath hopes activists will use these events as an opportunity to set their intention, either locally or nationally, and as inspiration to encourage them to remain politically active. “It’s our republic, if we can keep it,” she says.

Everyone is invited to attend regardless of political affiliation. The politics of the group’s organizers lean progressive but the purpose of the event is to create a welcoming space for free expression and involvement through art. “We’re hoping that people will use it constructively for forward momentum. Ultimately, we’re looking for ways to evolve as a society.” 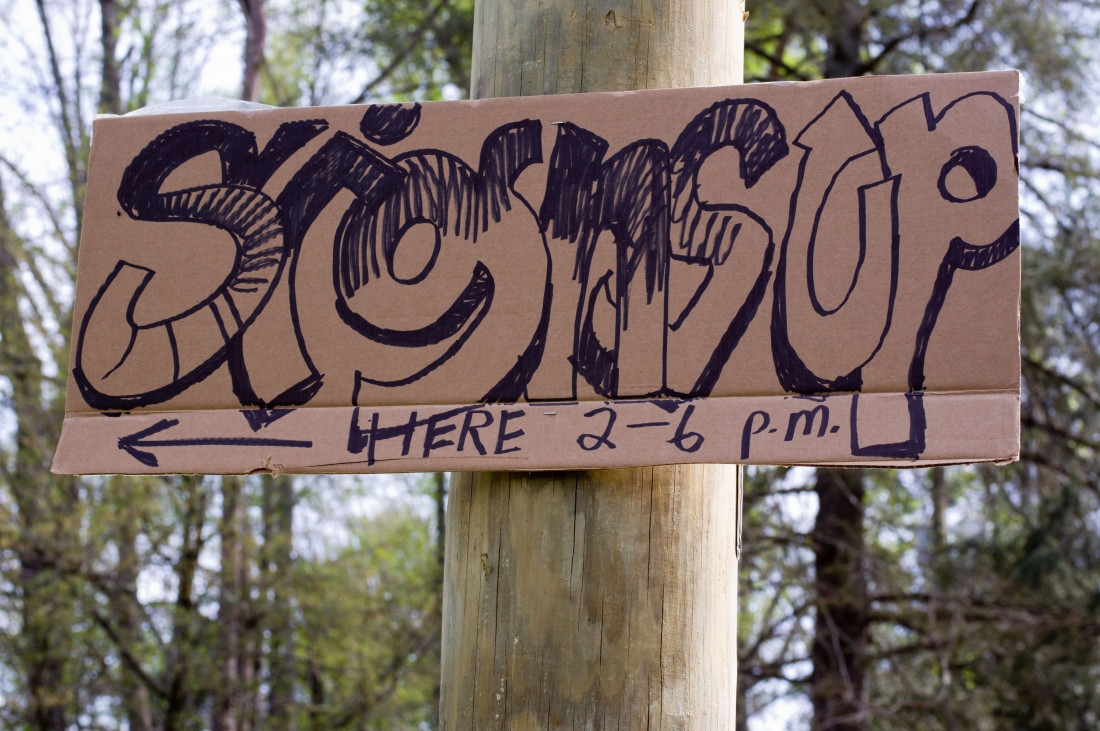 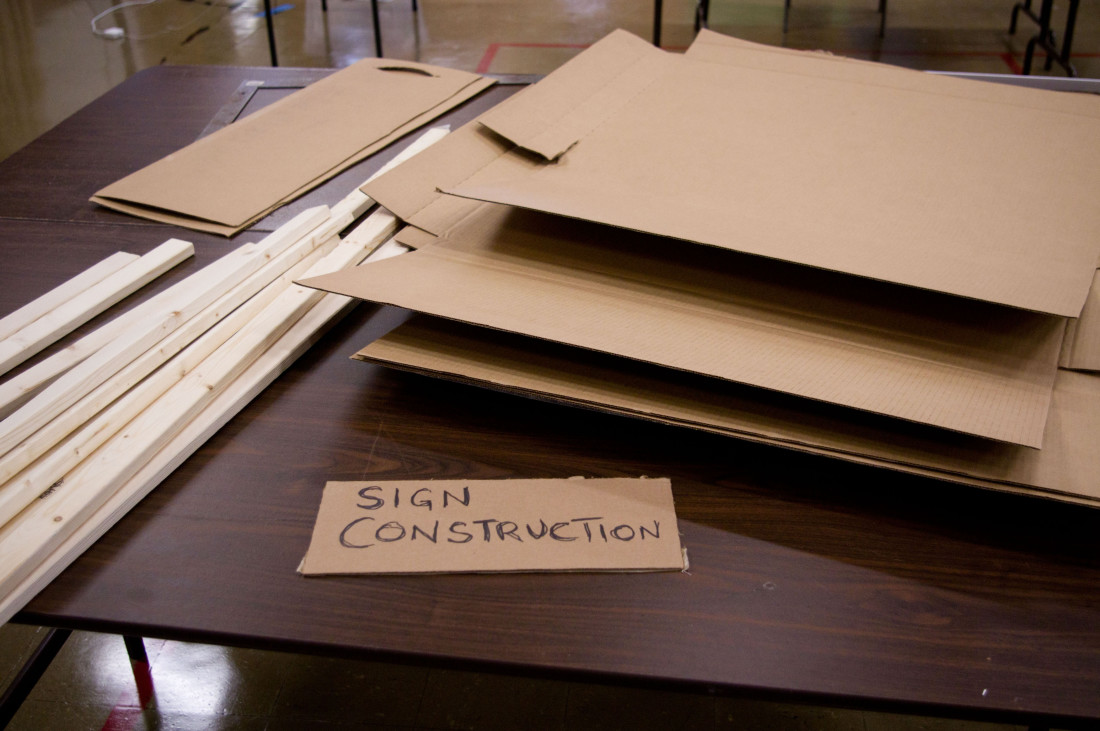 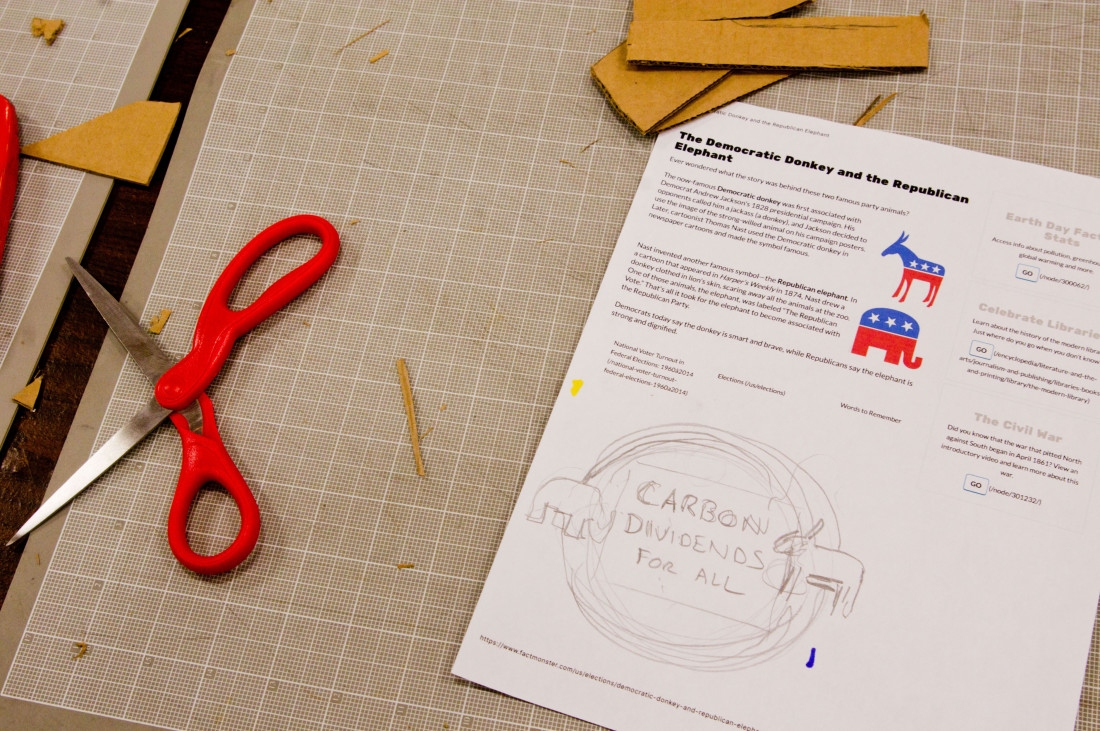 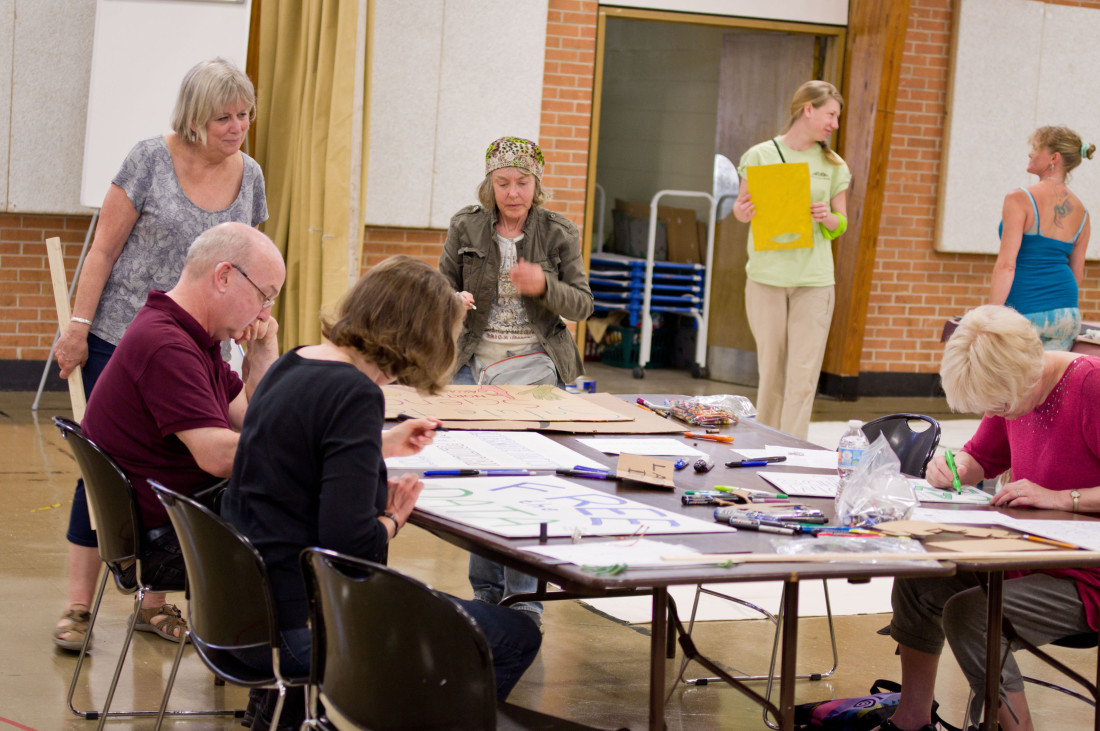 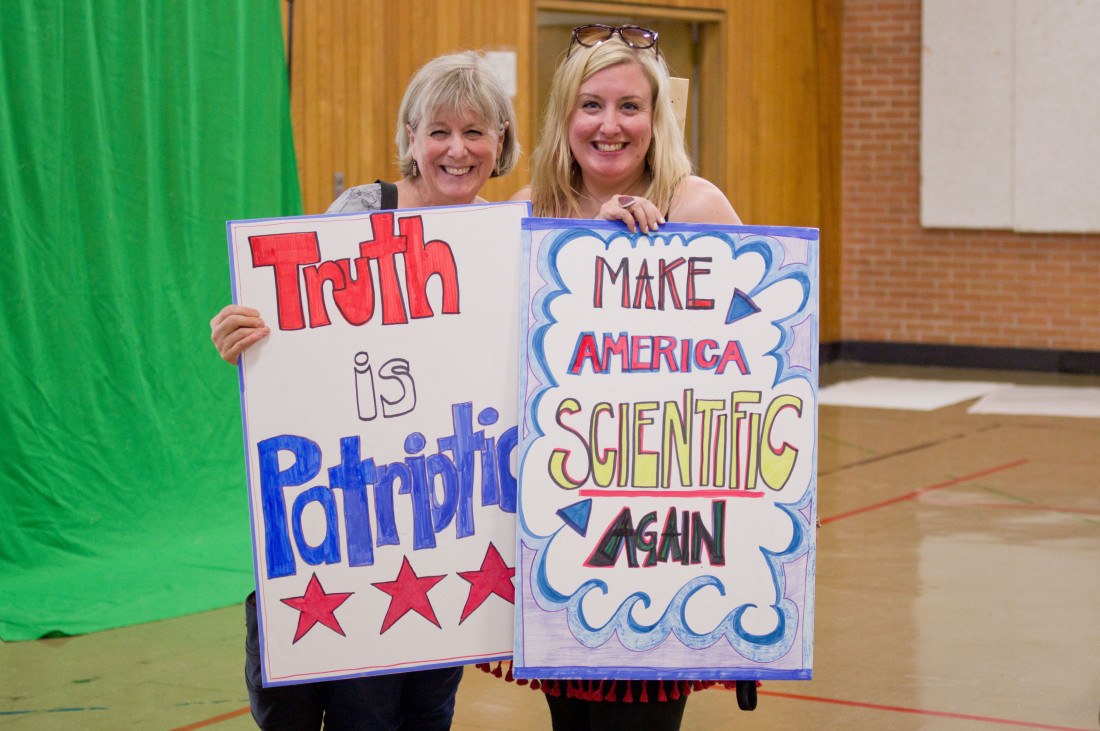 Susie Preble and Kristen Allen show their posters at the Pop-Up Party. Photo by Cindy Kunst 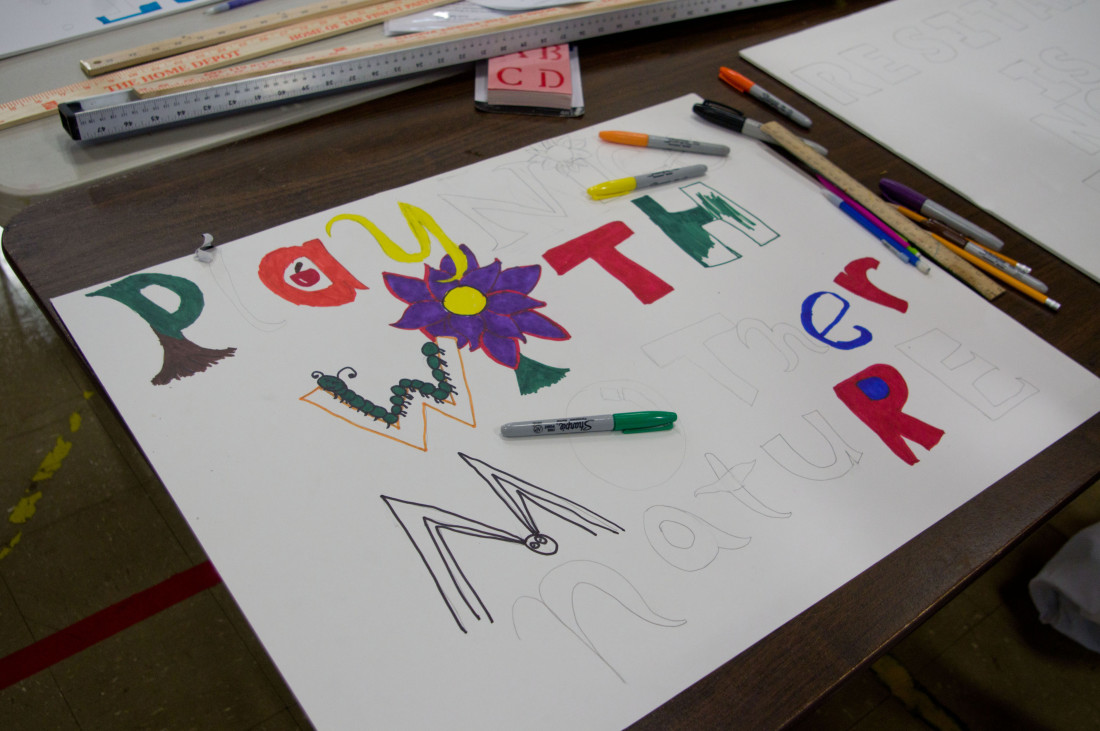 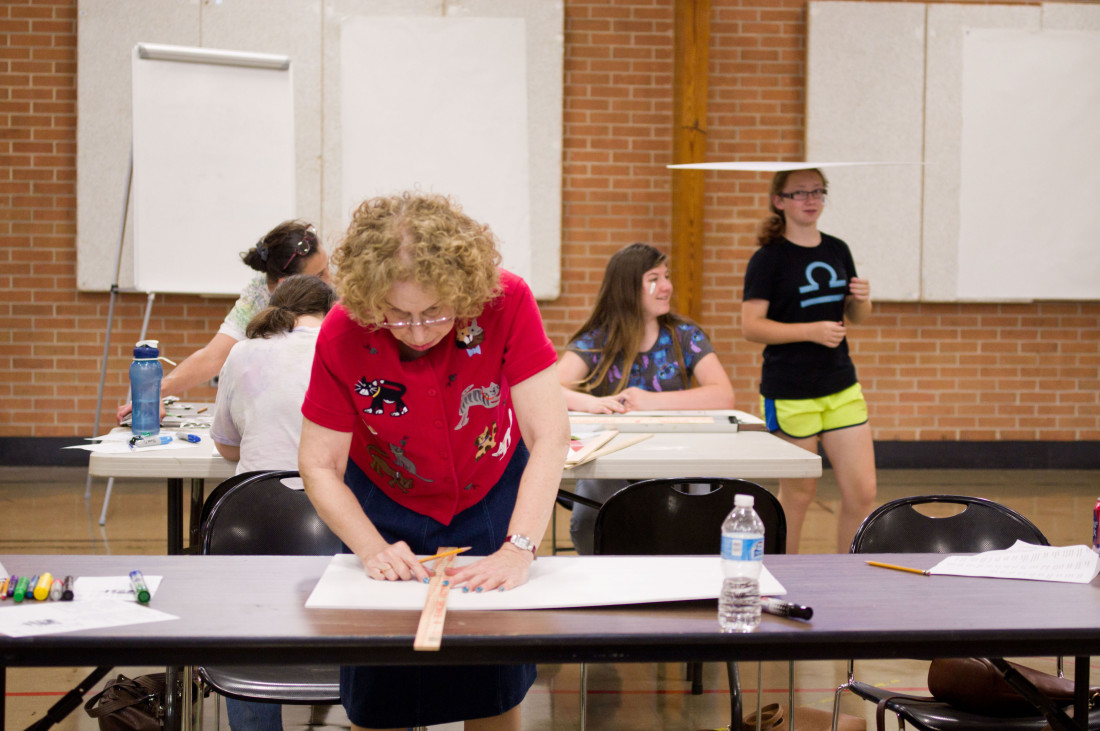 Poster designers of all ages at the SignsUp Pop-Up Party. Photo by Cindy Kunst 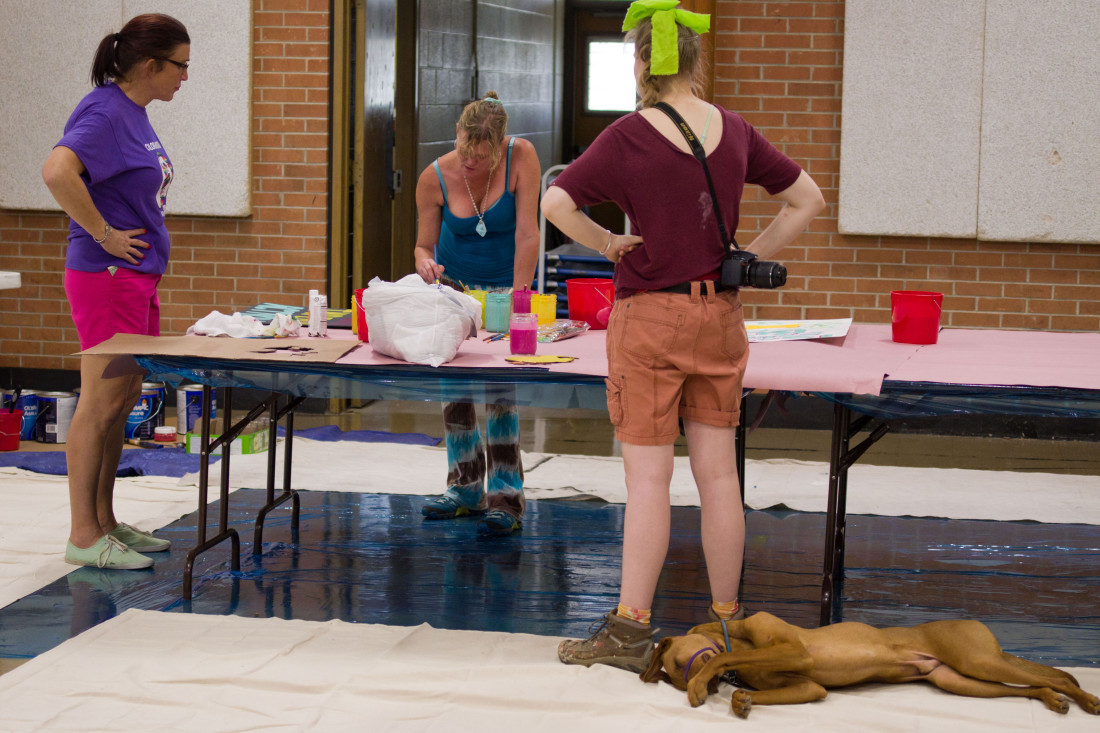 Plenty of room to stretch out and make art. Photo by Cindy Kunst 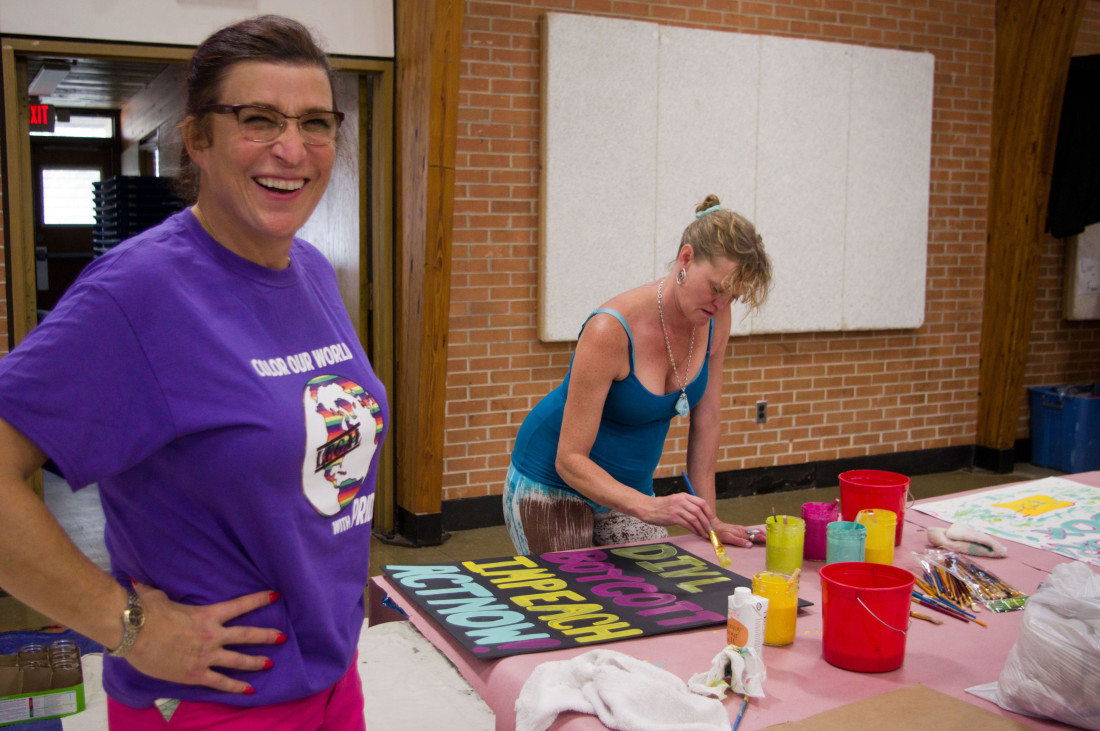 Tina White with Shanda Panda working on a sign that’s headed for a march in Washington D.C. Photo by Cindy Kunst 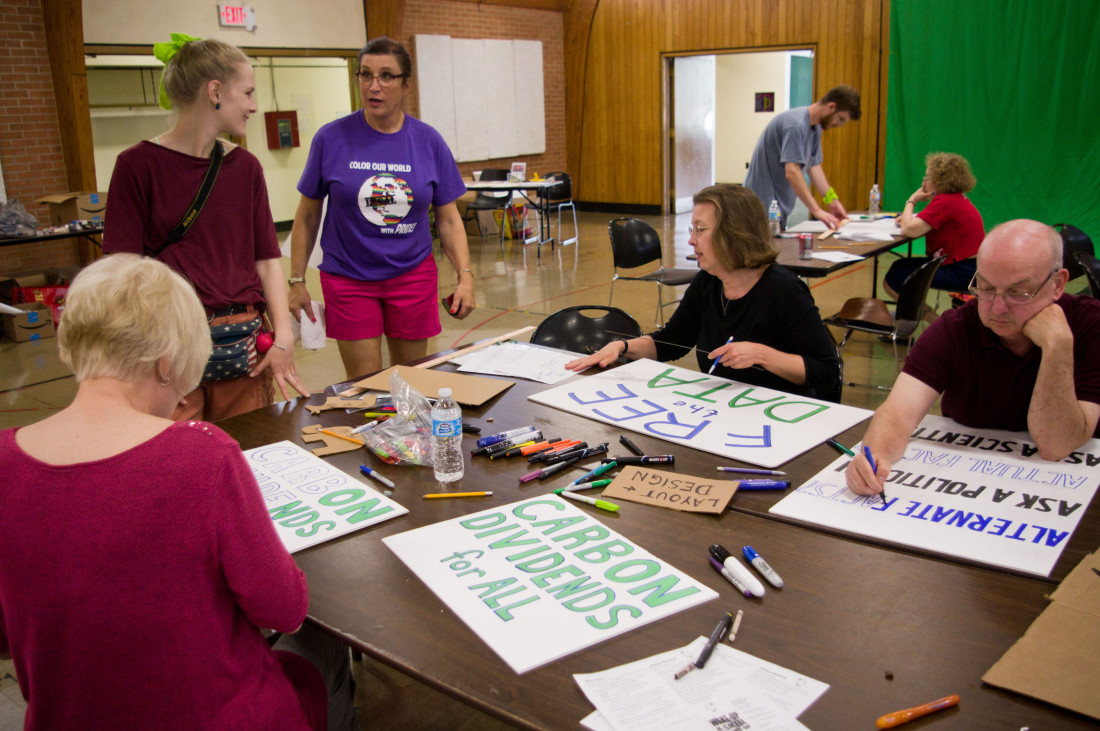 At the drawing table, Tina White talks with attendees organizing for the Science March. Photo by Cindy Kunst 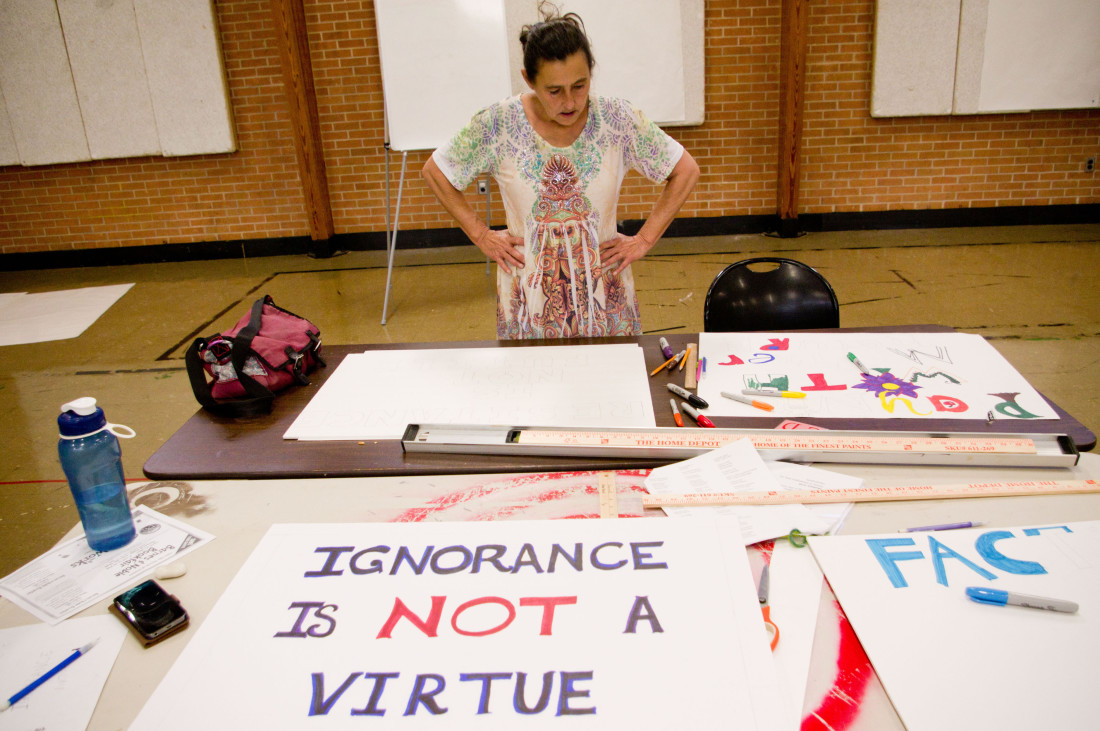 Ignorance is Not a Virtue. Photo by Cindy Kunst 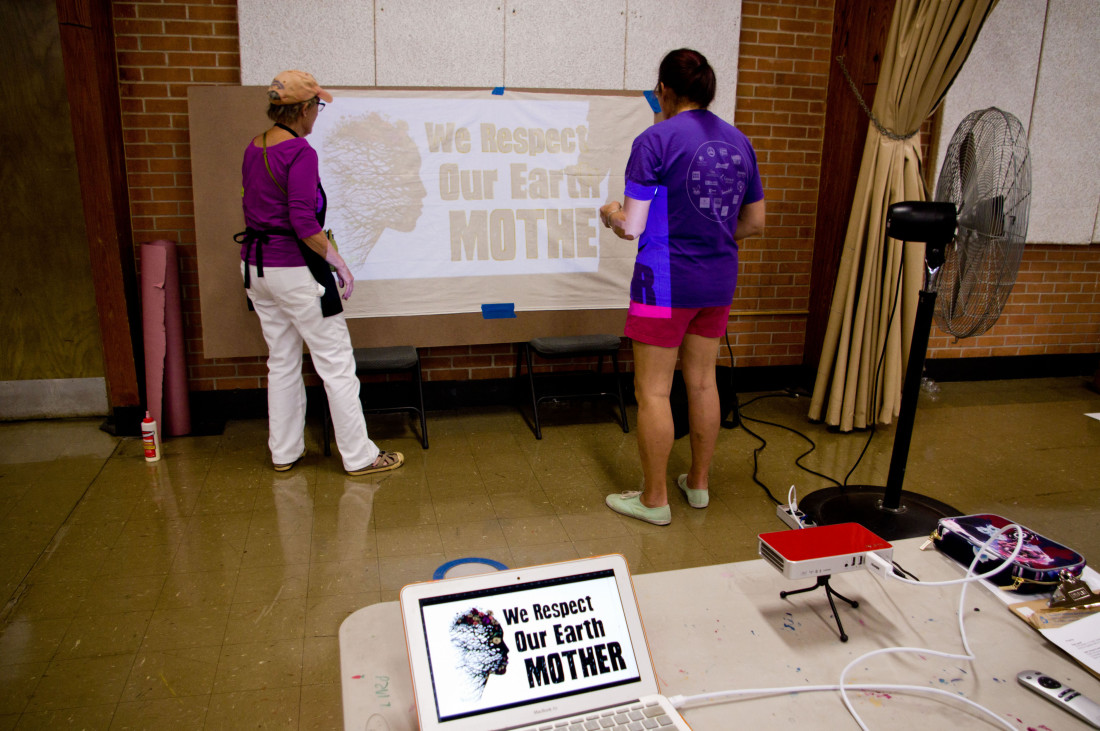 2 thoughts on “SignsUp Asheville aims to pair activists with artists”