A diverse crowd numbering in the thousands marched from the St. James AME Church at 44 Hildebrand St. in Asheville to Pack Square Park to honor Martin Luther King Jr.’s life and legacy on Monday, Jan. 16. Many carried signs expressing love for King and his message of social justice.

Those who attended last year’s march remarked on the noticeably larger turnout this year. Escorted by the Asheville Police Department, the crowd of marchers held hands and sang as they walked along Martin Luther King Jr. Drive and College Street.

All photos by Emma Grace Moon. 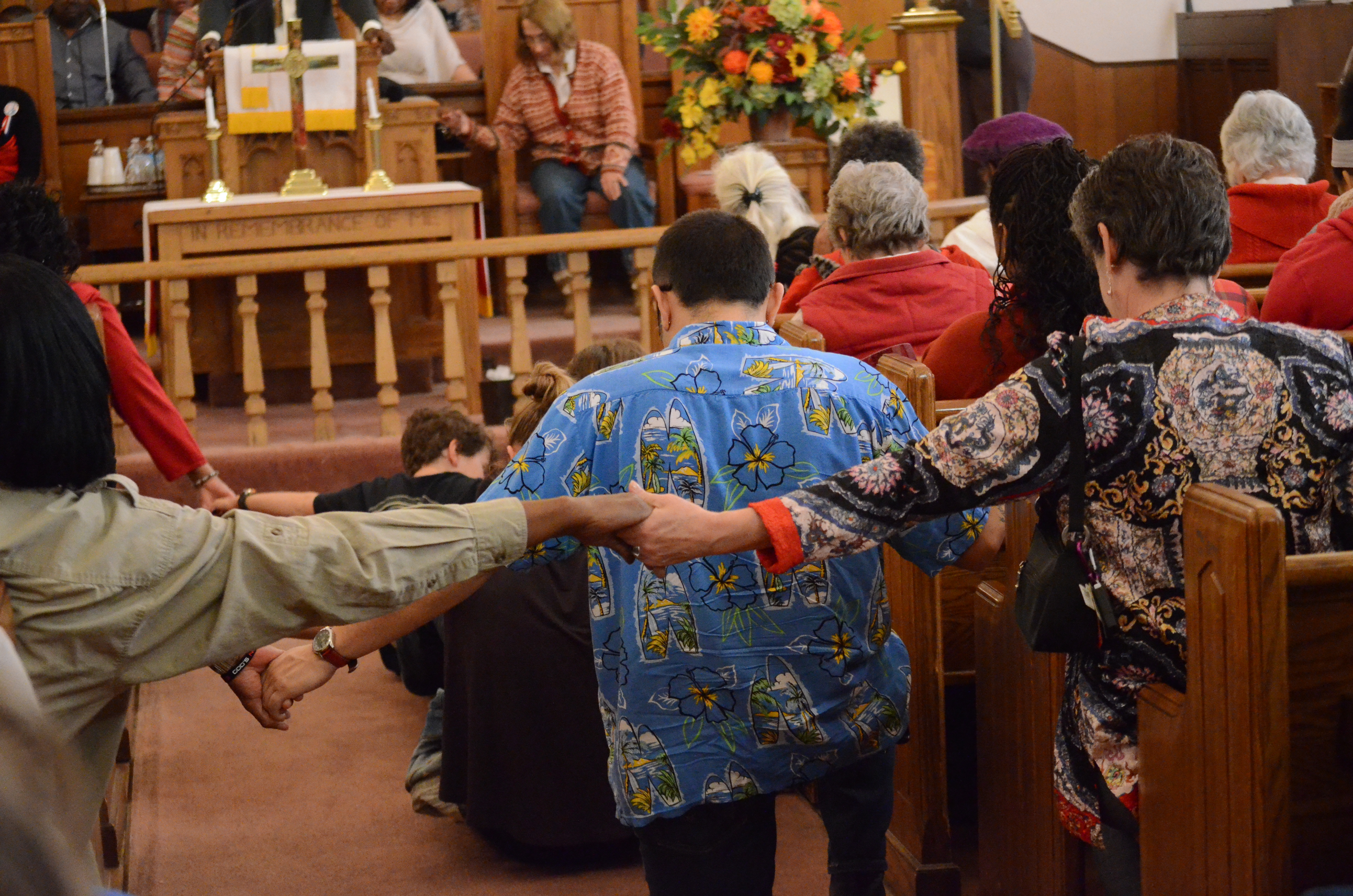 The crowd bowed their heads in prayer. 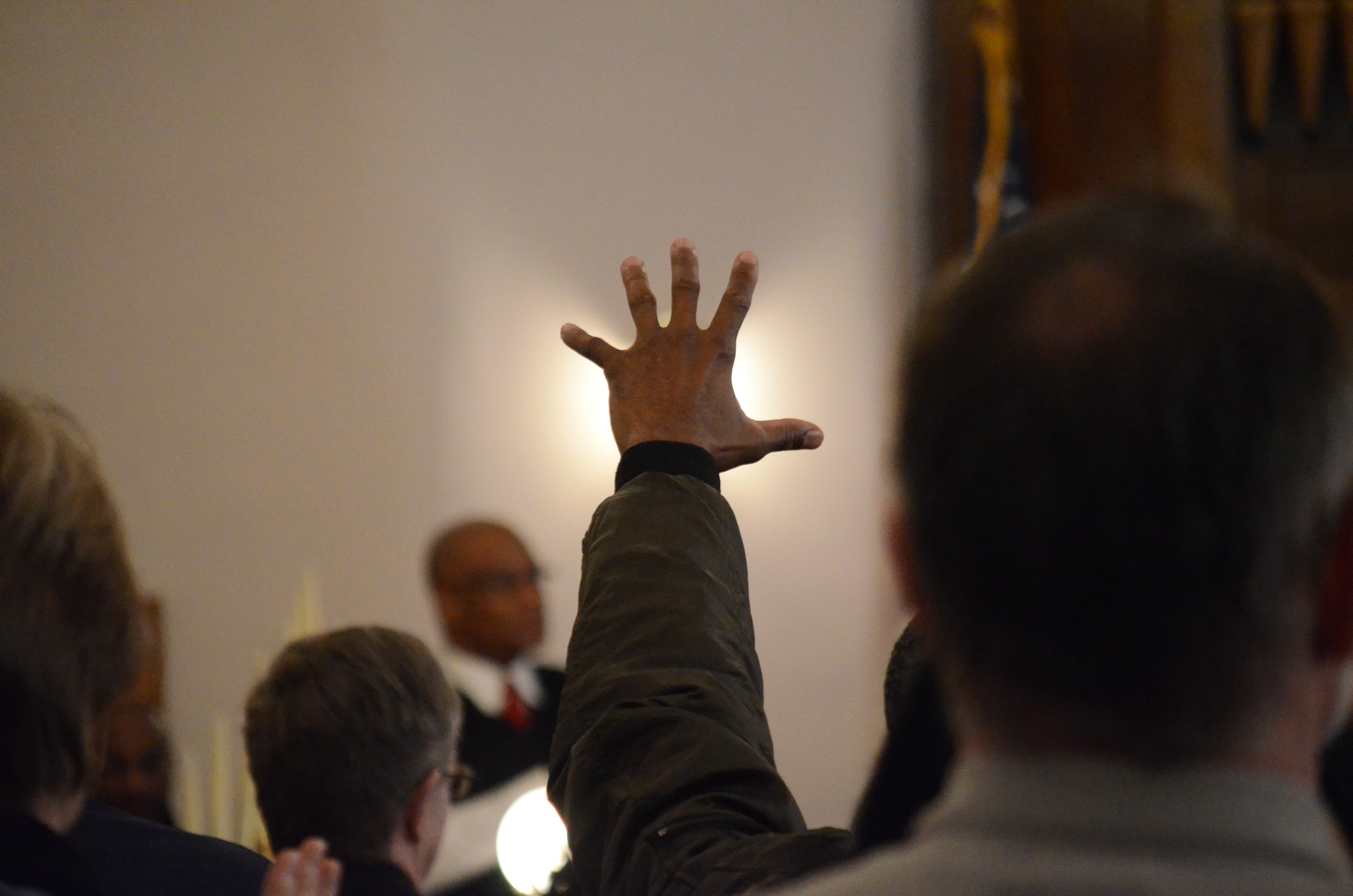 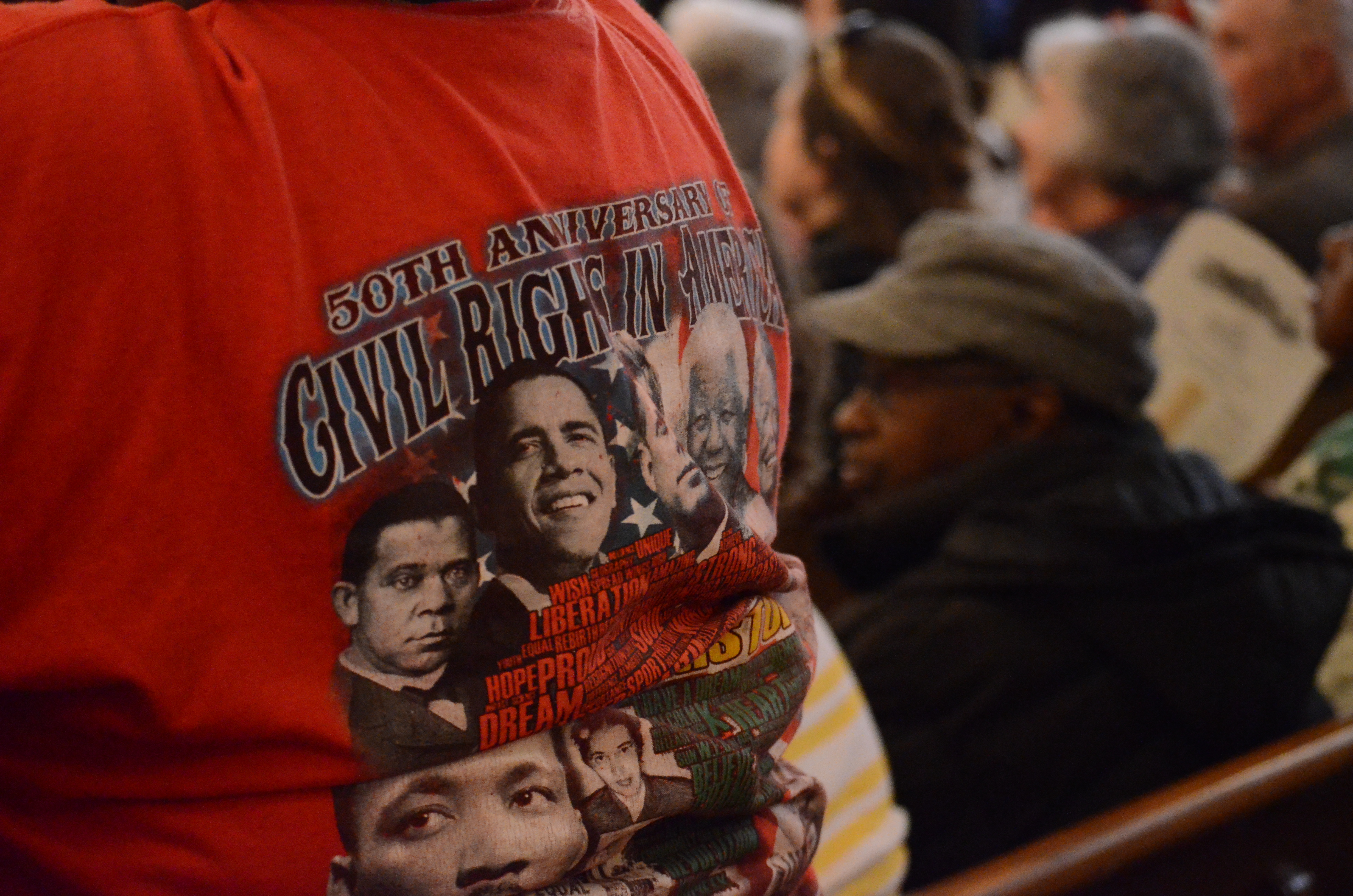 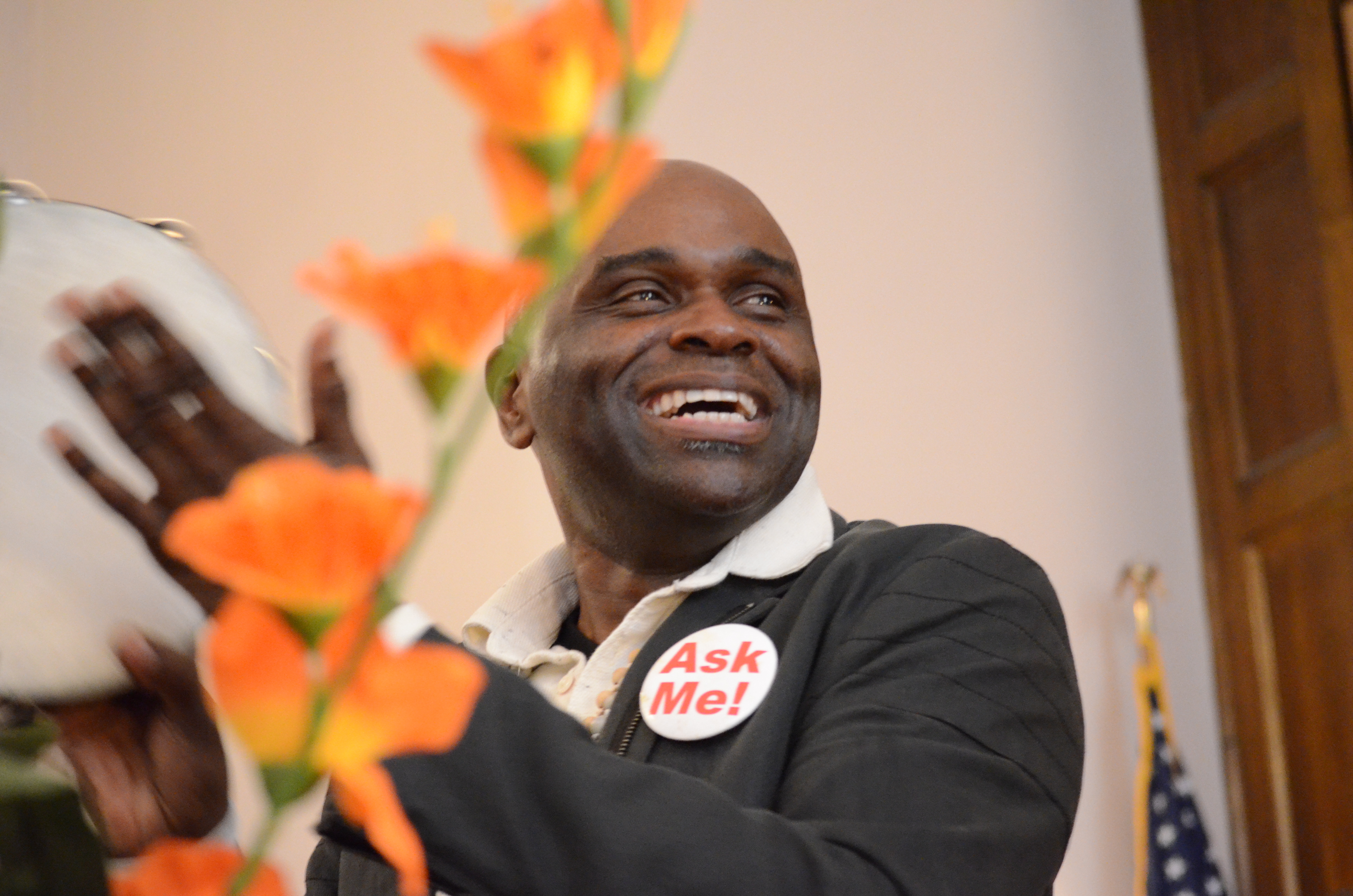 Rev. Brent Edwards played the tambourine while the crowd joined in song. 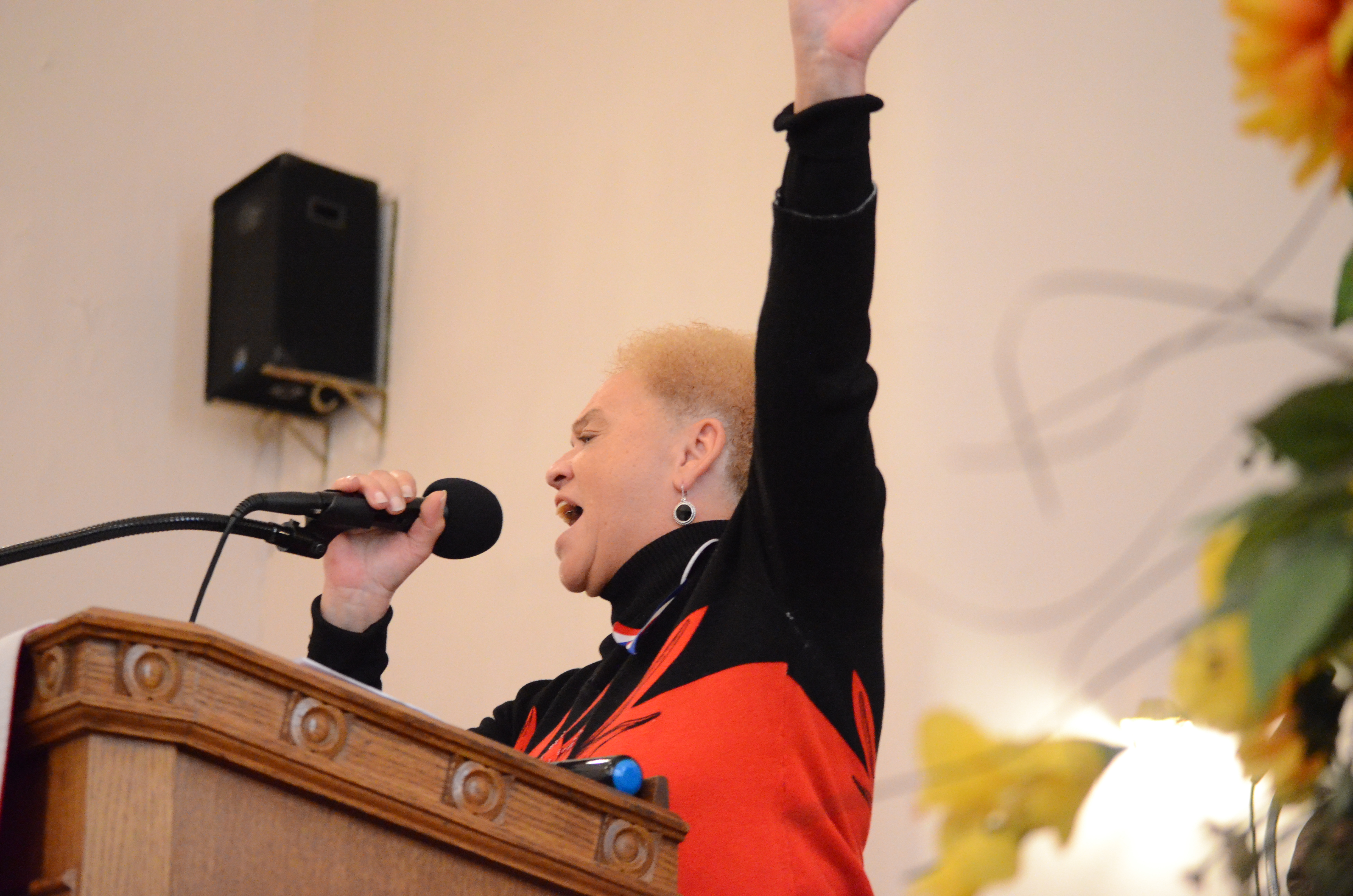 Oralene Simmons spoke at the AME Church, encouraging the crowd to come together and march. 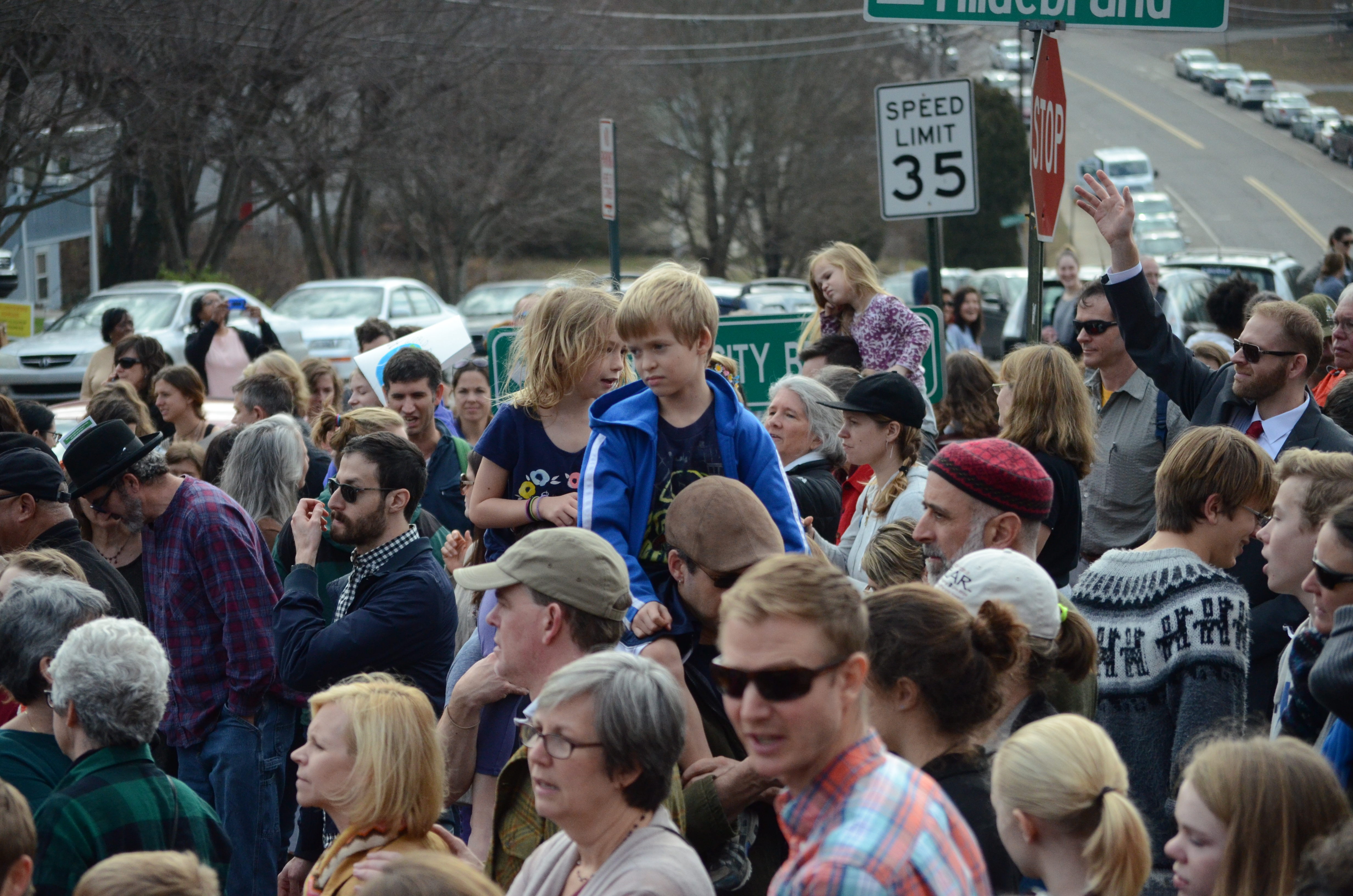 Crowds gathered in front of AME Church before the march. 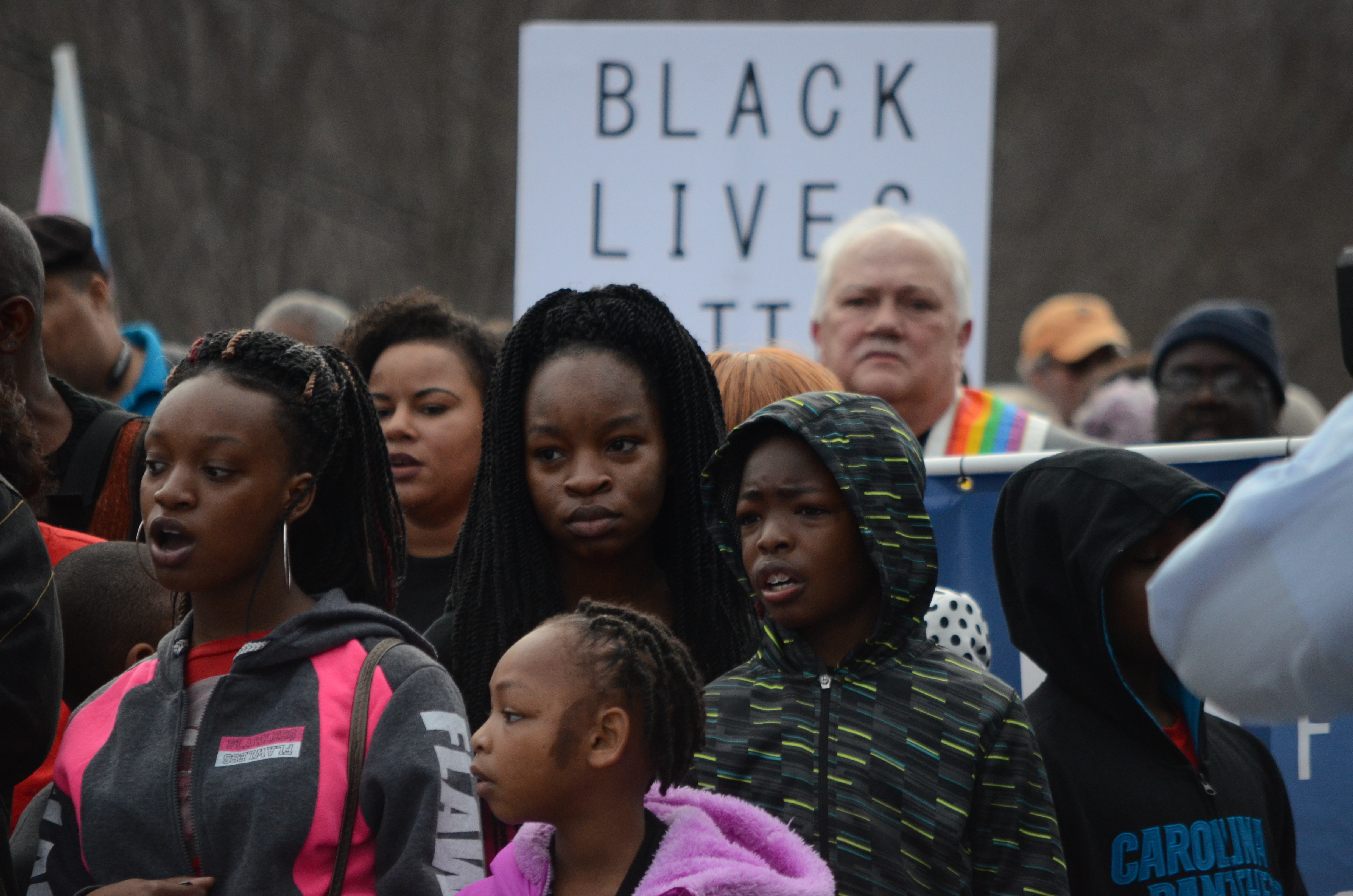 Young marchers prepared for the walk to Pack Square Park. 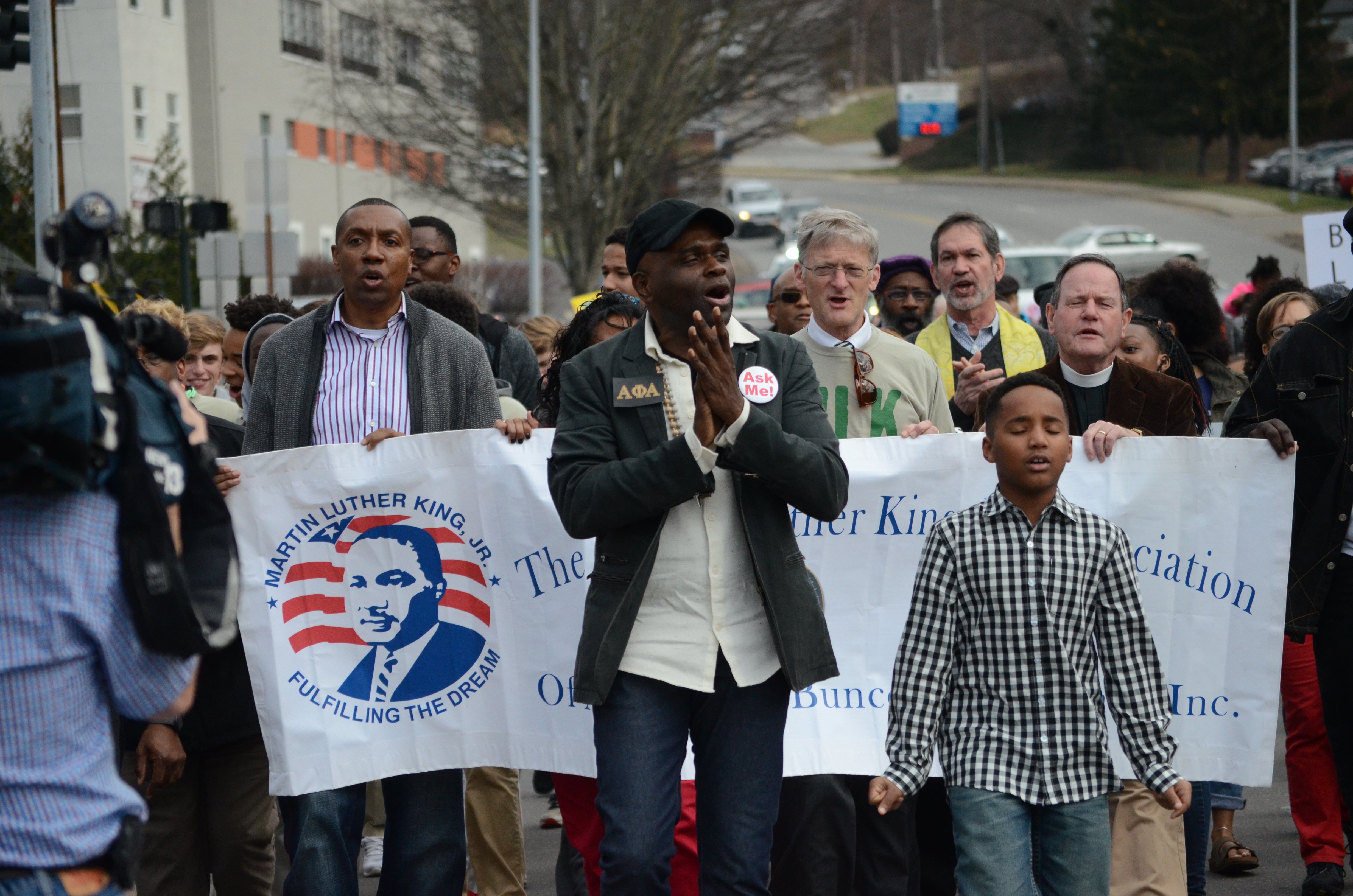 Rev. Brent Edwards led the crowd in song as they made their way down to Pack Square Park. 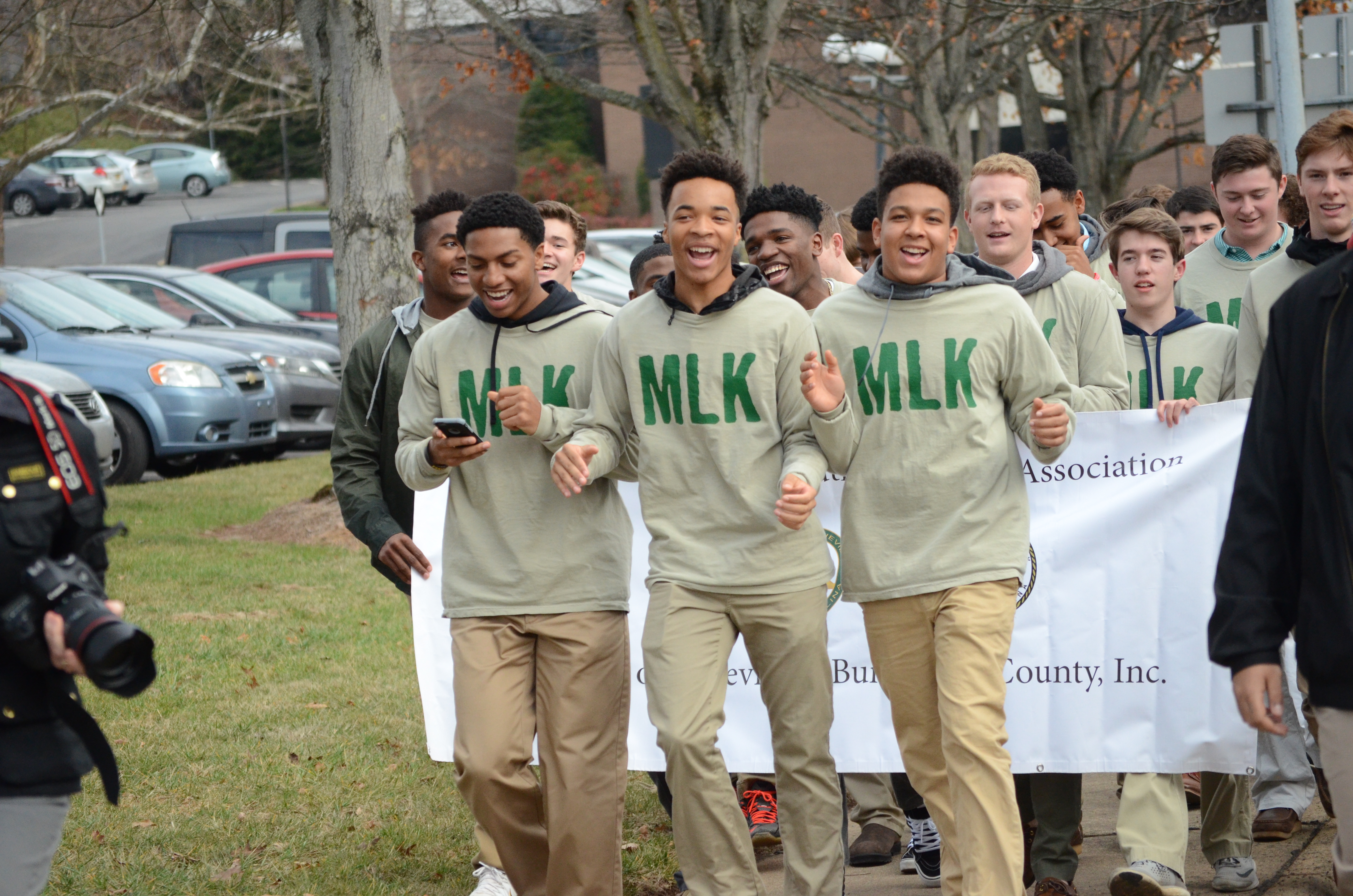 A group of Christ School students with matching “MLK” shirts marched together. 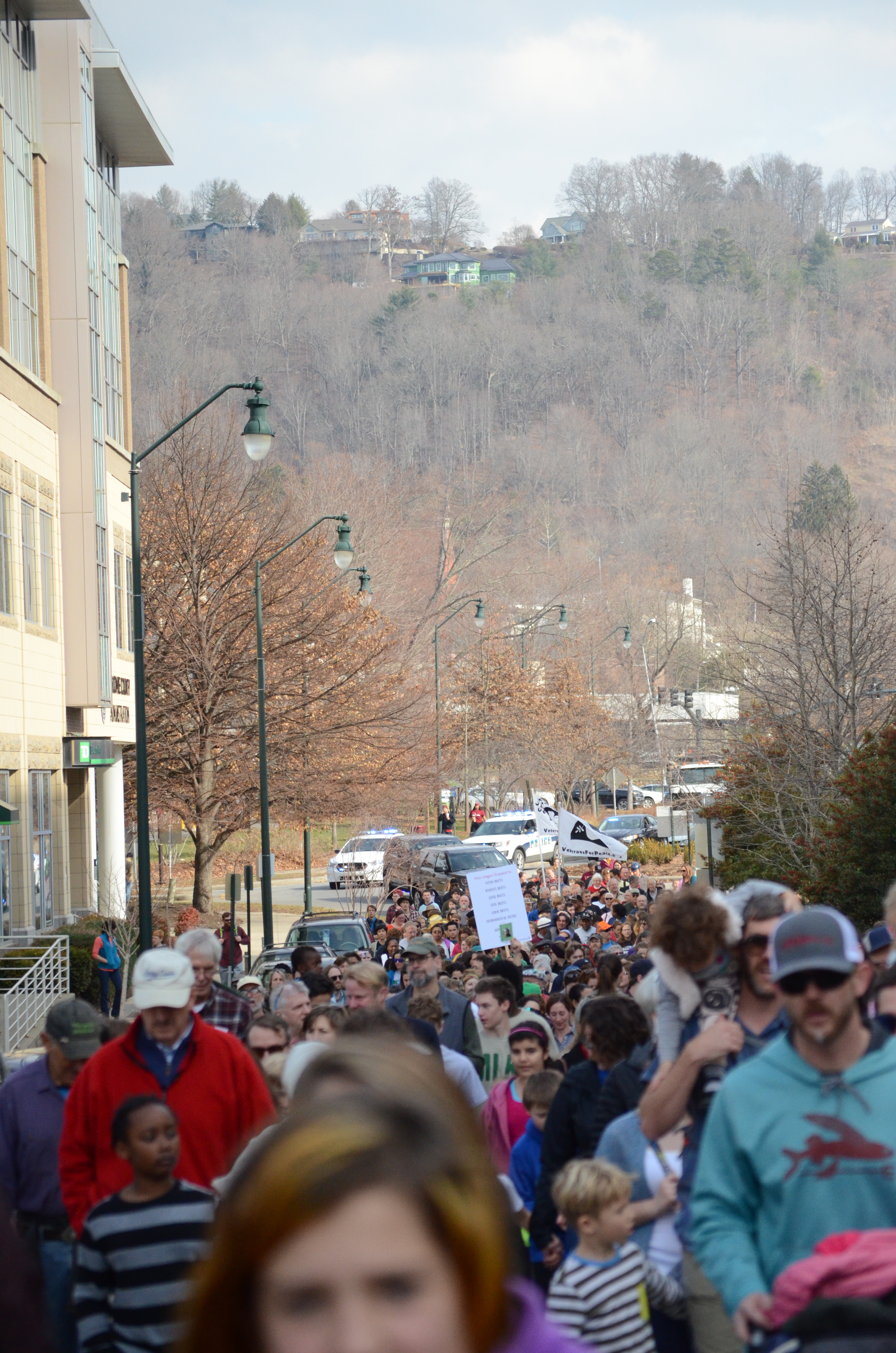 The large crowd filled the street as they made their way from the AME Church to Pack Square Park. 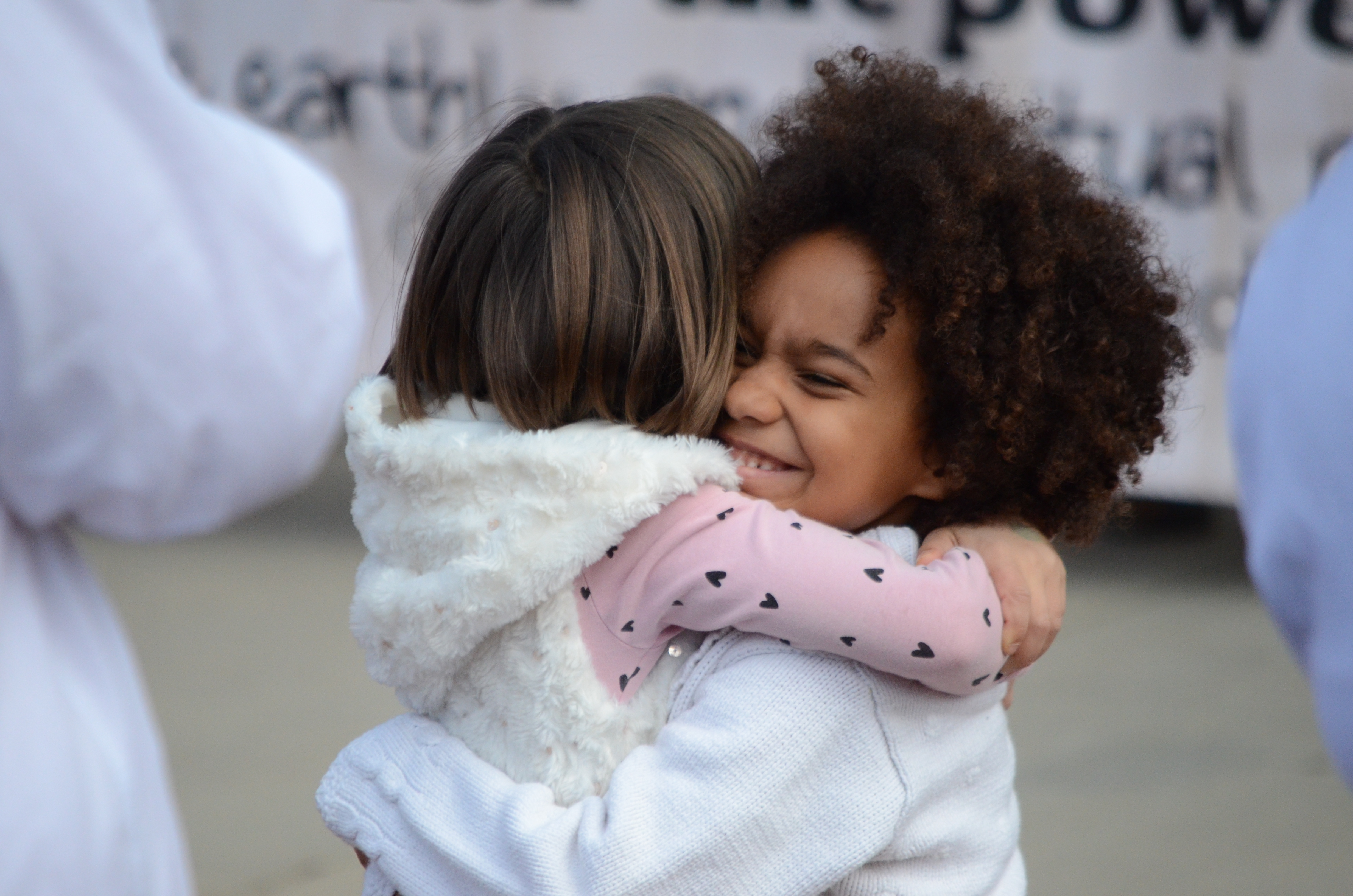 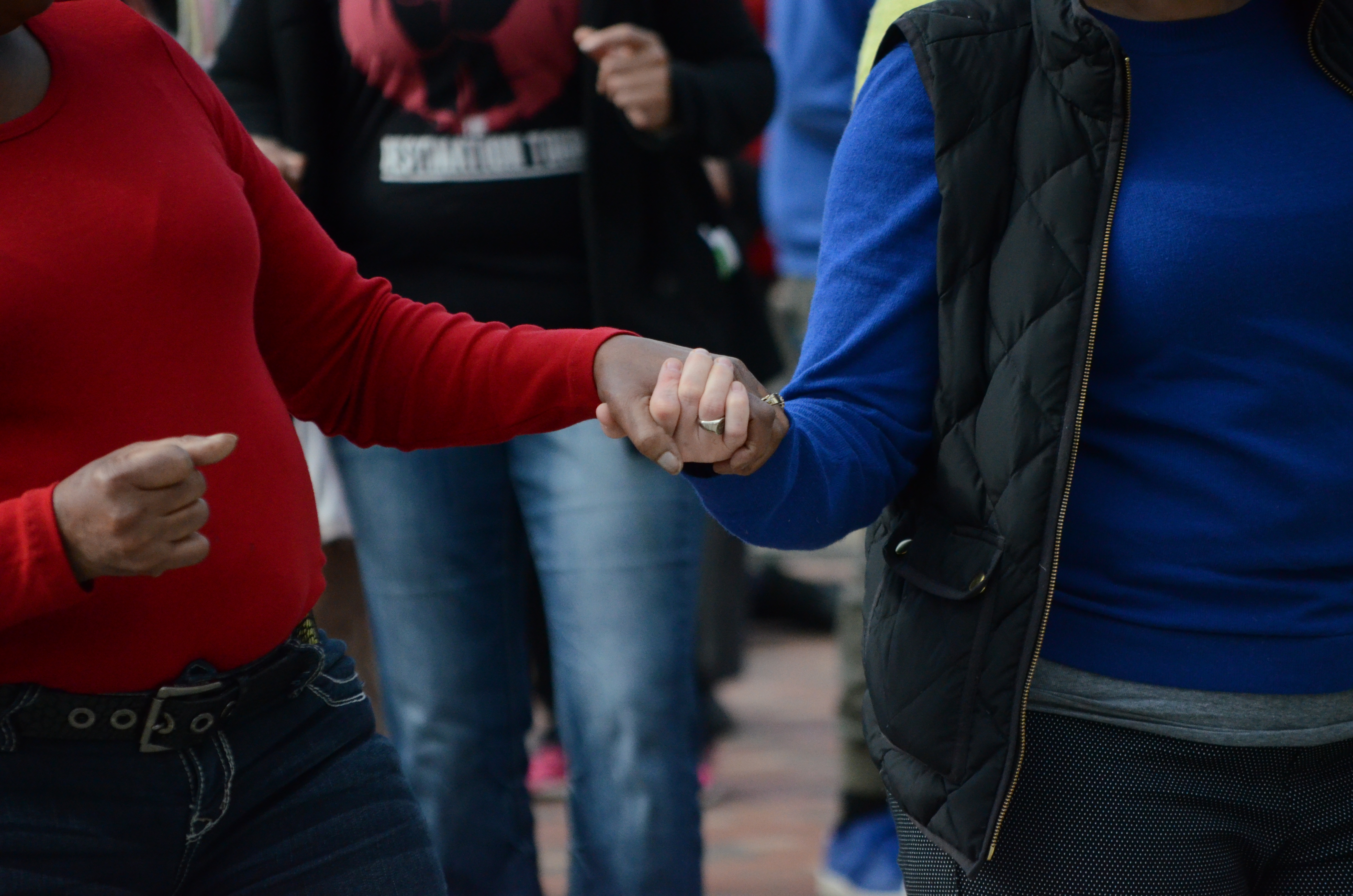 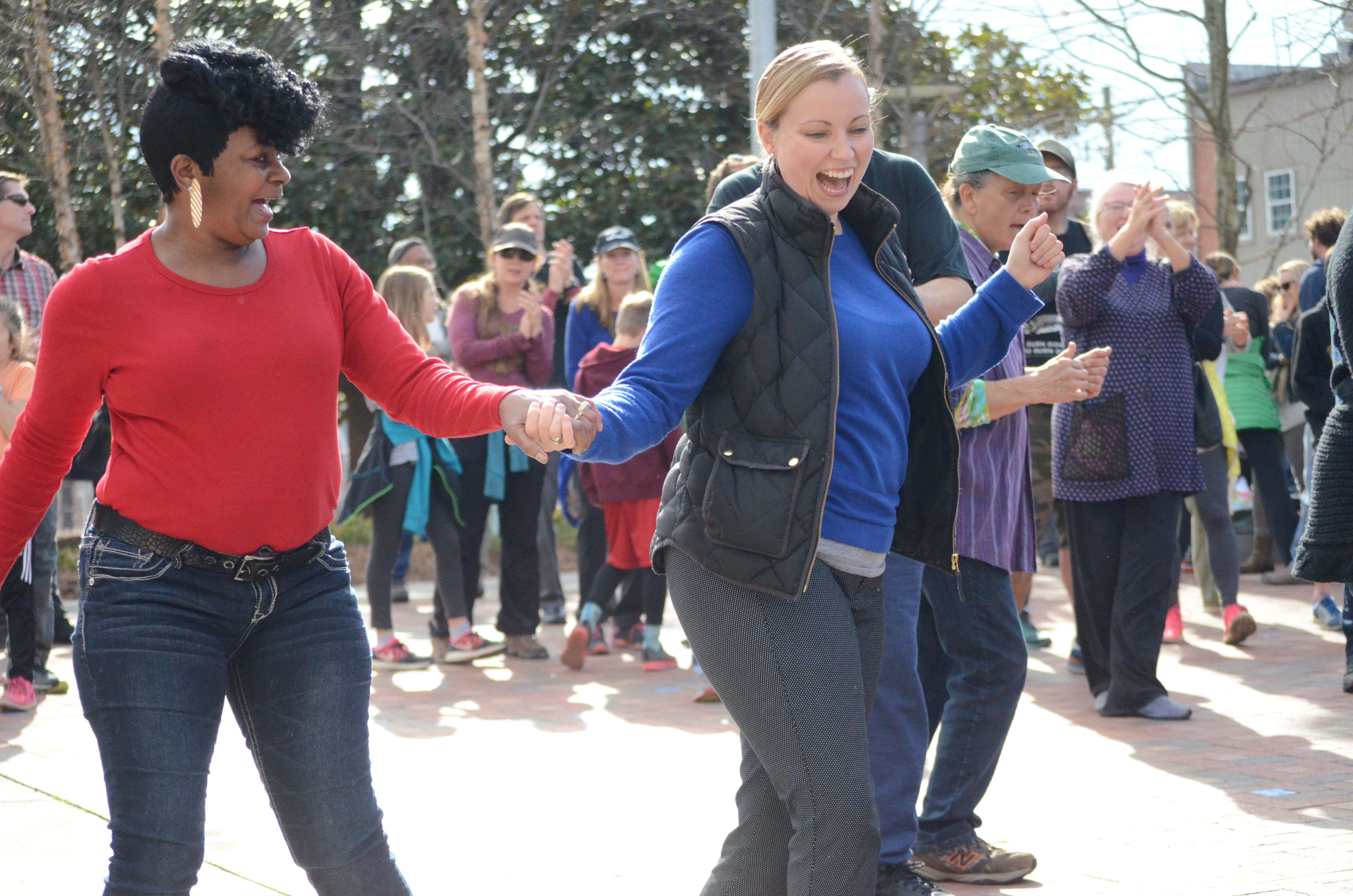 People came together to dance as music was played in Pack Square Park. 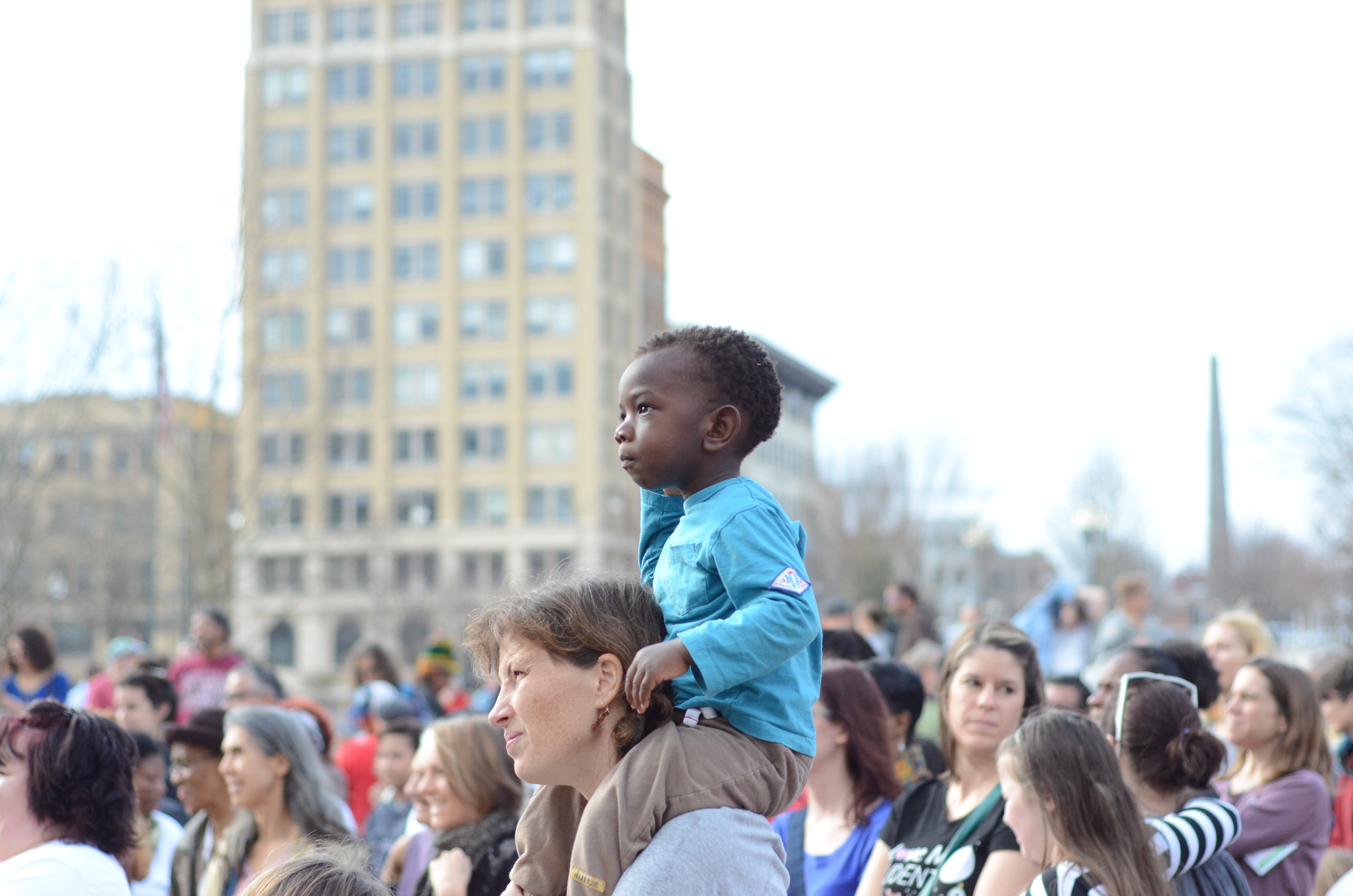