Inside his ninth floor Vanderbilt apartment, a table saw sits in the middle of Joe Wakefield’s living room. Sawdust settles on the carpet and gathers in the corners. A second workstation with a jigsaw, numerous rulers, paint buckets and a magnified glass take up a majority of the space inside his bedroom. In both rooms, shelves line the walls with Wakefield’s birdhouses arranged like trophies. The 90-year-old’s creations come in many shapes — some look like people, others take on the dreamlike shapes of a Salvador Dali painting, while a few look like, well, your typical birdhouse.

“The reason for them,” says Wakefield, “is because they’re small. I can manage it. I can’t do big things anymore, but everyday I can do birdhouses.”

Born in 1925, Wakefield grew up on Woodfin Street. Since he was a child, he says, he always had a shop. “When I was a little boy, my parents gave me a pair of boots with a side pocket and a knife in it,” he says. “A knife! Now that was a joy.”

The gift led Wakefield to whittling. He’d carve out toy airplanes, boats and model guns. Soon his father created a workspace for Wakefield inside the family shed where Wakefield had access to a block plane, chisel, mallet and hammer.

Woodwork became the young boy’s obsession. “I got left back three times in the ninth grade,” he says. “The teacher would be teaching something important to her, but I would be looking out the window thinking what I’d build that day. … You do that enough, you get left back.”

Wakefield would follow in his father’s footsteps, earning a living as a wallpaper hanger. But he never abandoned his craft. Much of his income, he says, went into purchasing materials and tools for building furniture and hanging shelves — his evening hobby after the workday was done.

When Wakefield’s wife, Edith, passed in 2000, he relocated to the Vanderbilt Apartments. The building manager allowed him to use his new space as a live-in studio, with a few ground rules. “They told me, ‘You can’t make a mess for us to clean up. You can’t run your machinery at bedtime. And you will use no volatile fluids.’”

For the last 16 years, Wakefield has abided by these guidelines, boasting that not once has a neighbor complained. On average he makes three birdhouses a week, with a few of his creations — including several birdhouse replicas of a number of downtown Asheville’s more recognizable buildings — shown at the Asheville Downtown Association on Haywood Street. Three of Wakefield’s other birdhouses are on display and in use at Pritchard Park.

“When I lie down or look out the window, my mind goes to my dream of whatever I’m trying to make that day,” says Wakefield. “It floats into my mind and I can close my eyes and build it. All I have to do is just get up and do it. It’s a gift.” 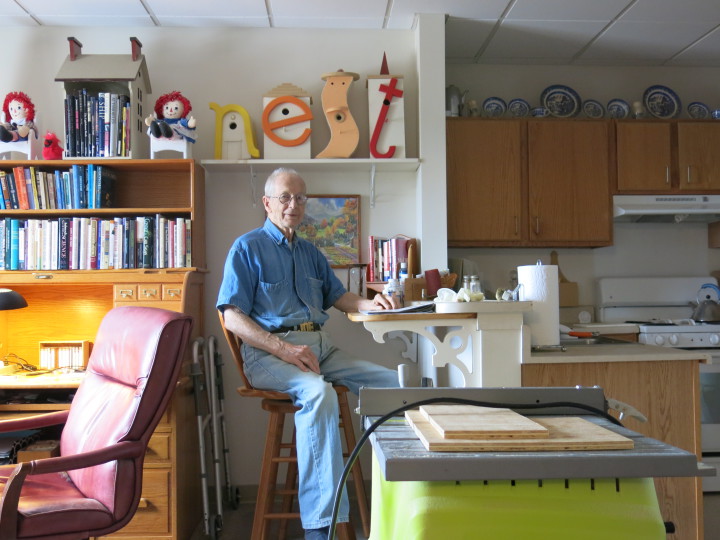 NEST: Wakefield sits before a series of his birdhouses inside his living room in the Vanderbilt Apartments. Photo by Thomas Calder 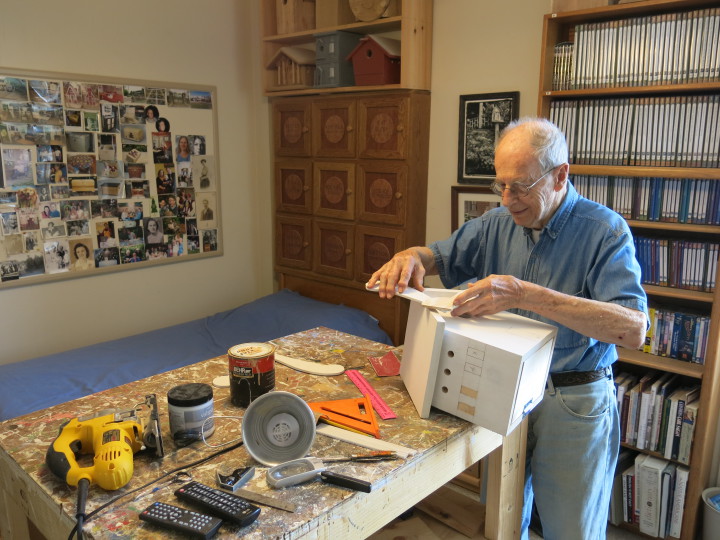 BEDROOM SHOP: Wakefield works on his latest project inside his room. Photo by Thomas Calder 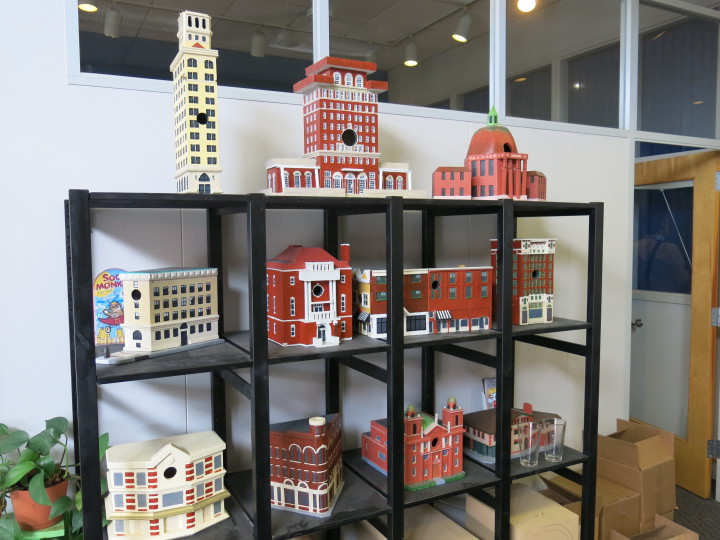 BIRDHOUSE CITY: Some of Wakefield’s works can be seen at the Asheville Downtown Association. He teamed with Joe Minicozzi, who painted Wakefield’s designs. Photo by Thomas Calder 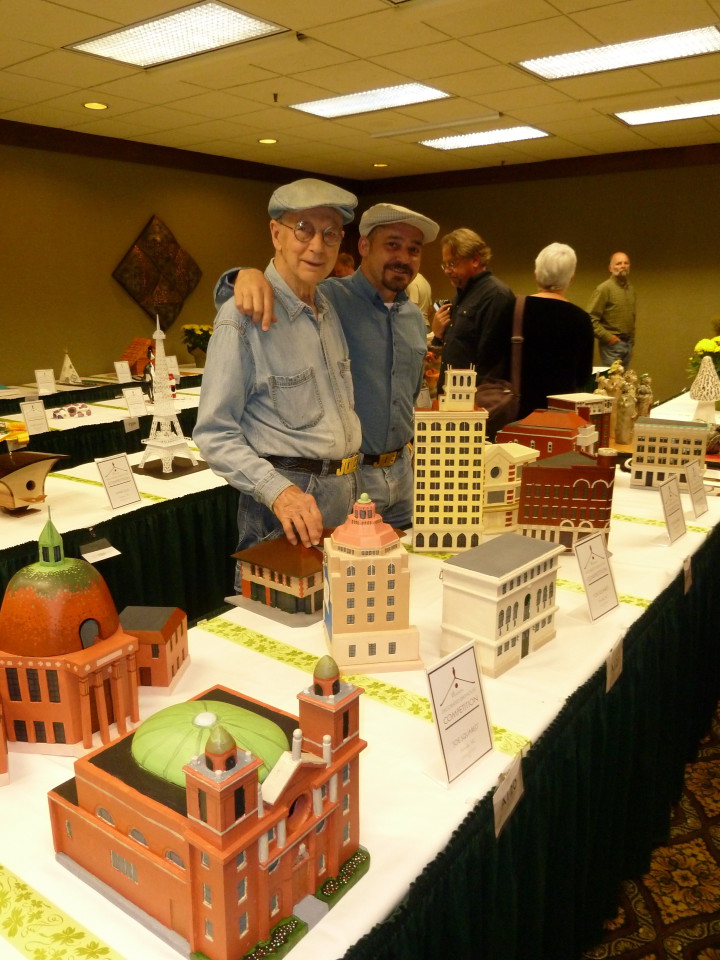 One thought on “Asheville Art Talk: Joe Wakefield and his many birdhouses”